Hijab Trends From Over The Years

The Hijab is an important part of traditional Muslim attire and is often the symbol of identification of a Muslim woman. The word was originally used to refer to a curtain-like partition to cover up females and maintain their privacy from unrelated men. Although any piece of clothing can be a Hijab, it does have many variations.

Over the years, the Hijab has evolved in many ways to fit Muslim women all over the world. There are also many styles in which the item of clothing can be worn, according to the native land of the people. You can trace the Hijab’s evolution either by history or by differences in cultures around the world.

History And The Hijab Believe it or not, the Hijab is not a garment that originated from Islam. Although it is the statement look of the religion, the Qur’an only commands men and women to dress modestly and the term ‘Hijab’ is simply used to describe a partition.

Historically, the Hijab was simply a veil earliest worn by elite women in ancient Mesopotamia, Byzantine, and Persian empires. This means that the garment was not introduced to Arabia by Muhammad, but was already a common piece of clothing due to the influence of neighboring places like Syria and Palestine.

How Did Hijab Come Into Islam?

The concept of wearing a veil was adopted long after the passing of the Prophet Muhammad when his scriptures and teaching were studied. One verse, Sura 33:53 stated, “And when you ask (his wives) for something, ask them from behind a partition. That is purer for your hearts and their hearts”.

This led to the action of donning a veil (Darabat al-Hijab) being used interchangeably for “being Muhammad's (PBUH) wife”.

Veiling was already a common tradition for the elites of Byzantine and Persian empires and since Islam was related to the monotheistic religions of the conquered empires, the Hijab was adopted as it fit appropriately with Qur’anic ideals of modesty.

Hijab Throughout Cultures And Time 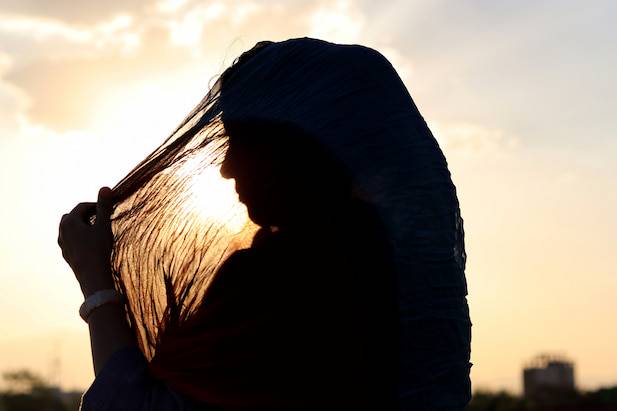 You might think that there is only a limited amount of ways in which you can wear this article of clothing mainly meant for veiling. However, Muslim women from all around the world have worn the Hijab in many different styles according to their time, and the look has become an assertion of their time.

In the 10th century when the Hijab had made its way to the upper-class, urban society of Egypt, a common way to wear the clothing was to pair it with a burqa. Women from rural areas adorned this as a niqab when they used to visit urban places.

Women in Kurdistan during the 1920s wore the Hijab tied back with an extra cloth as a headband, which would usually be colorful. This was a practical and efficient way that also left the face bare. Hence, ladies of the elite class would often pair gold necklaces to go with their Hijab.

The 1930s in Palestine saw a rise in light Hijabs that were usually white and patterned. The design was normally in black, giving the headpiece a nice contrast that went well with any garment.

In Algeria, a popular trend during the 1940s was to wear the Hijab as a turban. Women also paired these with dangling earrings, to add an elegant touch to their attire. However, the Hijab was recently banned in the year 2018 from the workplace in this country.

Although most Hijabs were commonly black in color, people were learning to add colors and patterns to this religious clothing. In Yemen during the 1960s, women wore the Hijab in layers - the top one was usually of solid color while the lower one was patterned.

As time progressed, the Hijab was accumulated into a women’s wardrobe according to its function. A lot of Muslim women choose to wear a black burqa and robe on a daily basis. Those who have to go outside their homes more often only don a scarf or wear the Hijab only during prayer time. 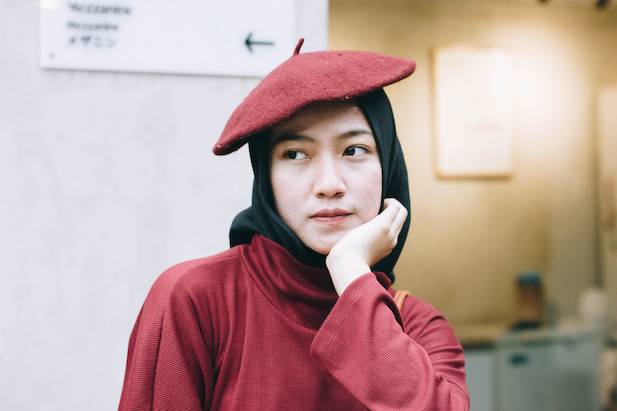 In present times, the Hijab is worn commonly by Muslim women all around the world. Even if Afghanistan and Iran are the only countries that make it mandatory to wear a Hijab, when it comes to prayer time, not covering heads, for both the sexes is a violation of the traditions of the Prophet.

Fashion is a vast spectrum nowadays and women have found several ways to incorporate the Hijab into their casual wear. People tie the Hijab like you would a normal scarf, pinning it, knotting it, and even accessorizing it with rings and beads.

Another way to wear it is to wrap it leaving your ears out and adorning them with large, dangling earrings. Many fashion influencers also make use of the Hijab’s variations from around the world.

For instance, a new trend is to pair the Kurdistan-styled Hijab with summer wear - the headbands for the cloth being brightly colored or patterned. Another fascinating application of the Hijab is on the burkini - a swimsuit made in 2004, designed especially for Muslim women. It covers everything except the face, hands, and feet.

Women also use their normal scarves to tie as a Hijab, and a common way to wear it is in a clean, firm turban. Not surprisingly, people make use of how classy the modest item looks when worn with formal attires at events.

The Hijab has come a long way and it is interesting to see how a religious item of clothing can also be so iconic as a fashion statement. You can also check out the Halaltrip blog to learn more about Hijab and how you can style it too! 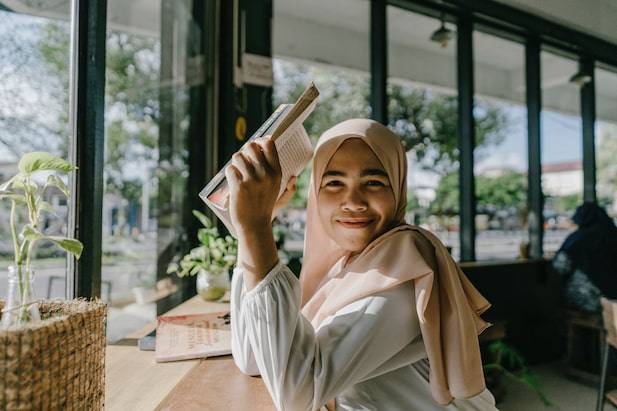 The Hijab is a beautiful garment, often misunderstood as oppressive. However, it holds the history of many women in the period of its existence. With developing times, clothing is also being cumulated into modern fashion looks. The Hijab has also made its way into fashion aesthetics like grunge and cottagecore.

The elegant modesty of the Hijab is a great addition to both formal and casual attires and can upgrade your wardrobe in many different ways. Fashion is what you make it, after all.