10 Habits to Cultivate During Ramadan 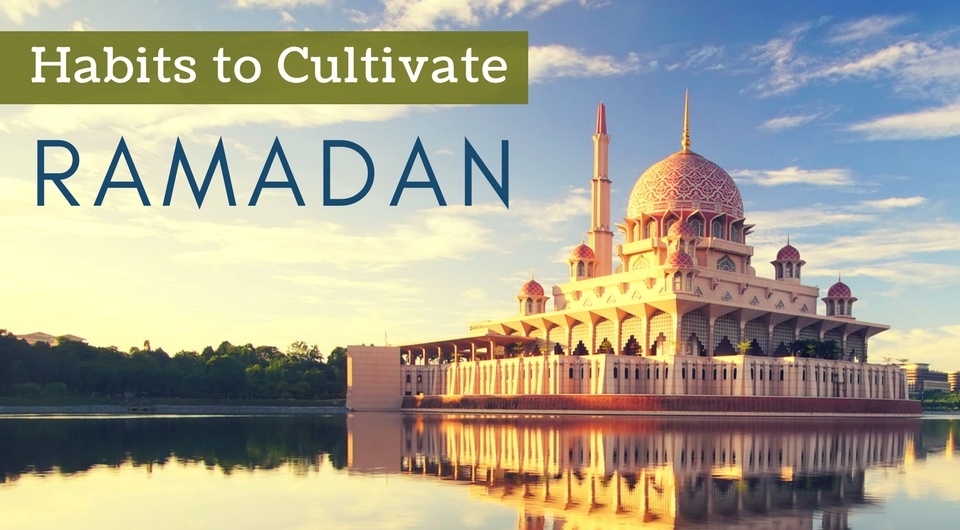 Abu Hurayrah (rali) narrated that the Messenger of Allah (SAW) said: “Allah said: Every deed of the son of Adam is for him except fasting; it is for me and I shall reward for it…” –[Sahih-al-Bukhari and Sahih-al-Muslim]

Ramadan is the ninth month of the Islamic calendar. It is a month when Muslims around the world refrain from eating and drinking from dawn until dusk. But the most important aspect of this holy month is that it is meant to bring the Muslim closer to his creator.
It is also a month that sets a personal benchmark for every Muslim to strive to attain every day of his life. That is why it is important to cultivate as many useful habits during Ramadan as possible. So that you may become a better Muslim and a better person, and ultimately lead yourself to Jannah.
Here are 10 habits of a highly effective Ramadan and some tips to help you keep these Ramadan habits.

1) Be Mindful of Your Prayers 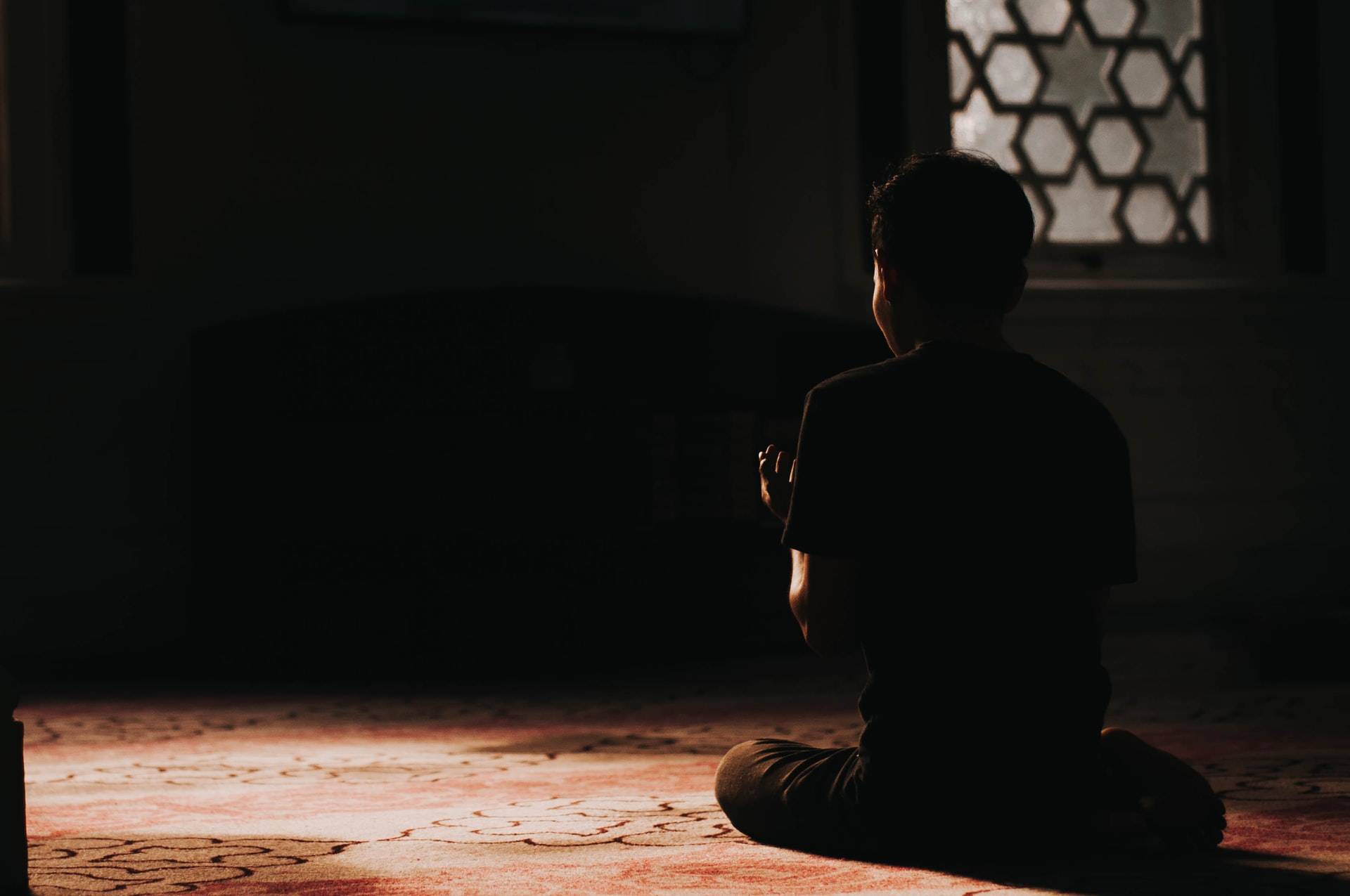 Muslims are obligated to pray five times a day, regardless of whether it is Ramadan or not. But missing a prayer intentionally due to negligence nullifies the fast as well, so you must be extra careful. Not only must you pray all five prayers, but you must also take care in doing it the right way. This means not being distracted by other matters, not mumbling your way through the recitations, and most importantly, not leaving it to the absolute last minute!
A man asked Prophet Muhammad (sal) “What kinds of deeds are best in the sight of God?” He replied, “To pray on time.” - [Sahih-al-Bukhari]

2) Do Lots of Ibadah 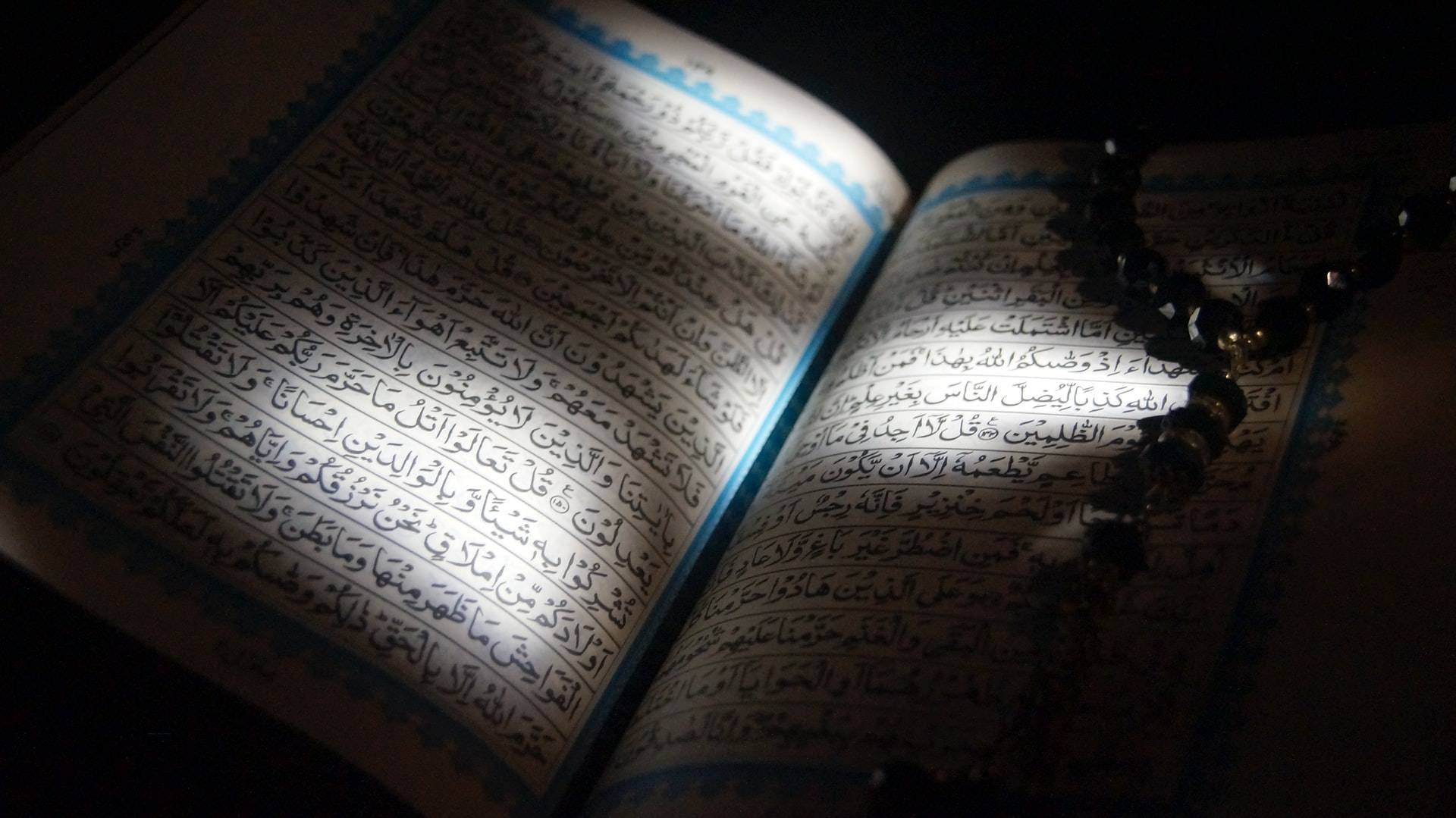 We human beings are always occupied, always on the run, always busy. This is why we must dedicate the month of Ramadan to worshipping Allah and doing as much Ibadah as possible. The rewards for a single good deed are far higher during the month of Ramadan compared to the other months.
A good tip to help you keep this Ramadan habit is to do dikr, or listen to Islamic lectures or the recitation of the Qur’an and hadeeth as you go about your daily work.
“O You who believe! Remember Allah with much remembrance…” – [33:41] 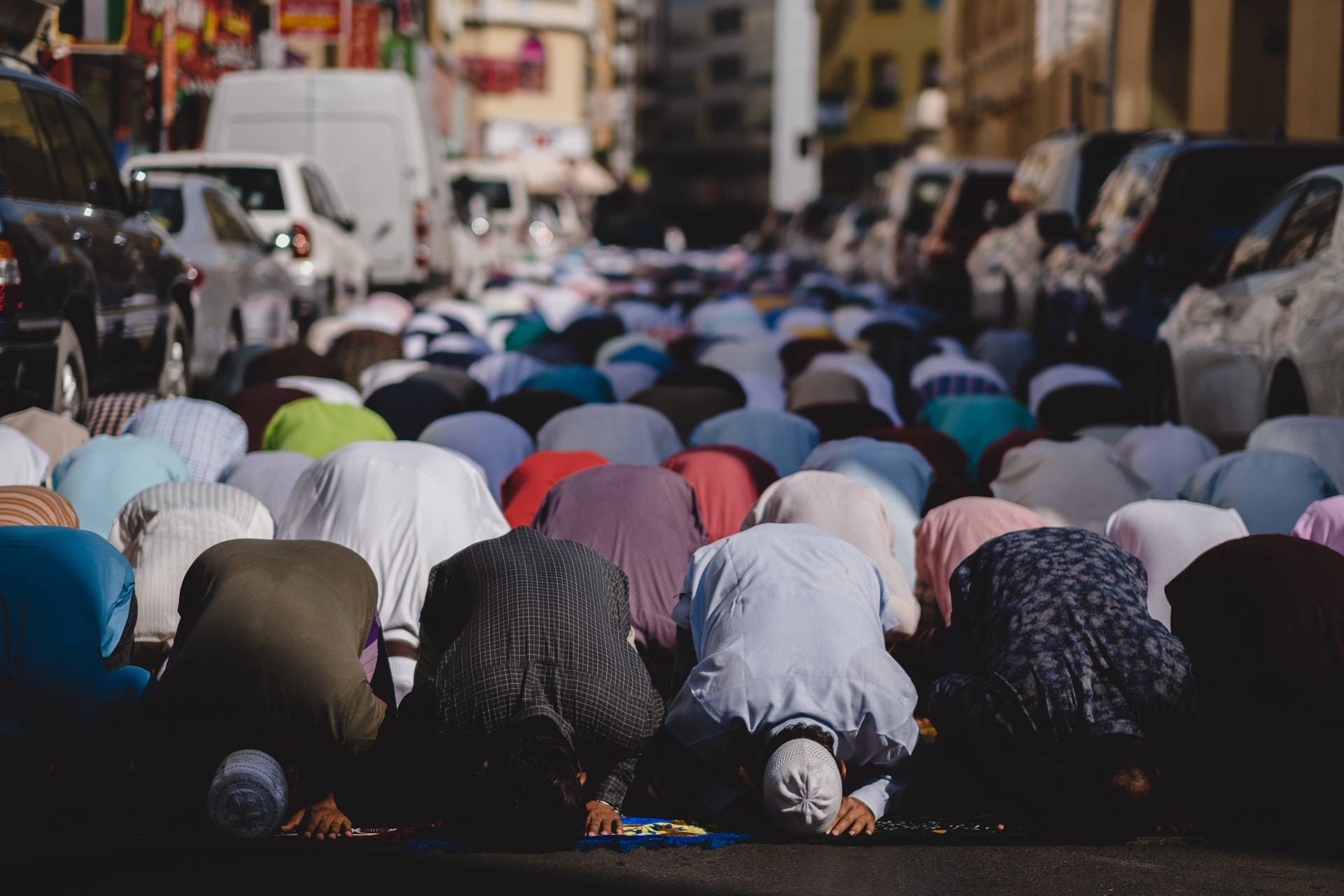 Taraweeh is the nightly prayer that takes place during the month of Ramadan. It consists of eight rakahs of prayer, sectioned off into four salahs. It is then completed with three rakahs of witr. You can take part in Taraweeh prayers at your mosque, or in your own home.
Although Taraweeh and witr prayers are most common during the month of Ramadan, they can also be prayed during the non-Ramadan months. If praying eleven rakahs in total seem too difficult, start with two or four. Or you could end your isha prayers with Witr Salath at the least. 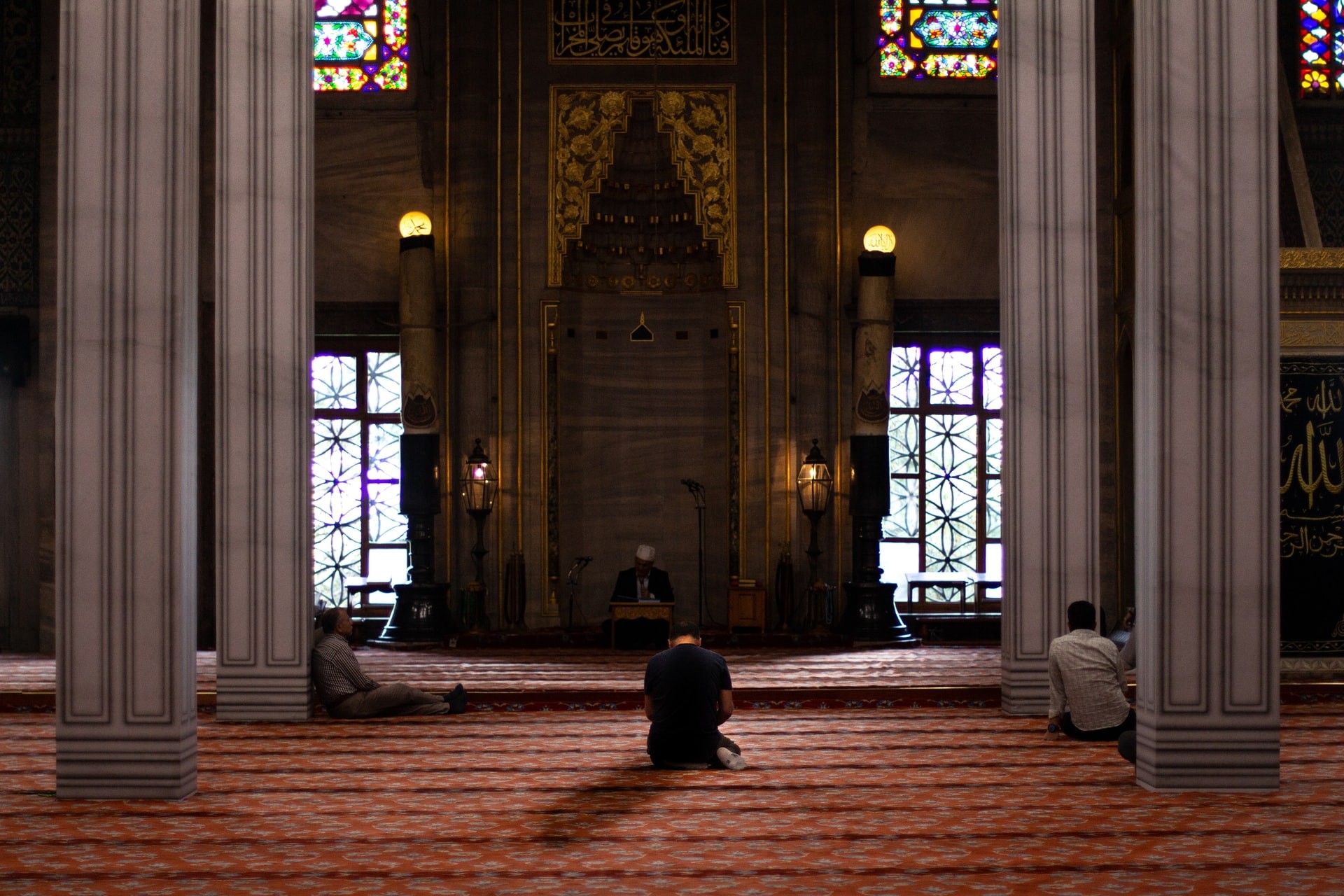 Praying the voluntary Sunnah prayers before and after Fard prayers as shown by the Prophet (sal) is a good habit of a highly effective Ramadan. And when the month of Ramadan ends, we must not give the habit up but continue until it becomes the norm.
“Allah will build a house in Jannah for whoever is diligent in observing 12 sunnah rakat (as follows) 4 rakat before and 2 after Dhur, 2 after the Maghrib, 2 after Ishaa, and 2 before Fajr.” - [Tirmidhi]

5) Reciting the Qur’an Every Day 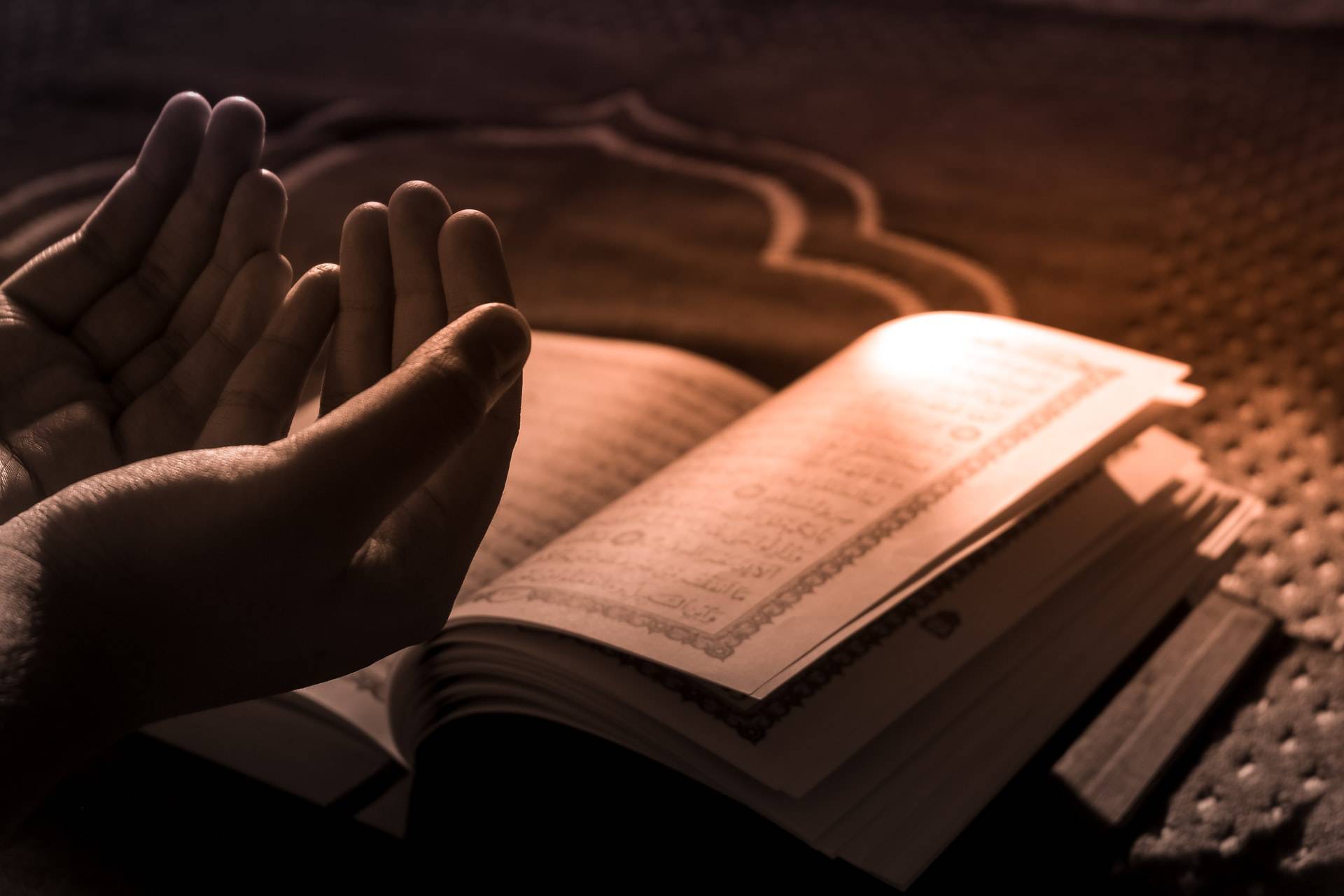 Read the Qur’an every day, after all, it is the month that it was sent down in!
Every Muslim must aim to complete the entire Qur’an at least once before the month ends. A good tip to help you keep this blessed Ramadan habit is to recite just three to four pages after every Salah. This way, you’ll be able to finish at least one j’uz per day and the entire Qur’an in thirty days. Reading it along with its meaning is even better!
The messenger of Allah (saw) said: ”Whoever reads a letter from the Book of Allah will receive a hasanah (good deed) from it (i.e. his recitation), and the hasanah is multiplied by ten. I do not say that Alif-Laam-Meem is (considered as) a letter, rather Alif is a letter, Laam is a letter, and Meem is a letter.” - [At-Tirmidhi, Ad-Darimi]
During Ramadan, each good deed is multiplied 70 to 700 times, so imagine the hasanah you will receive when you read even just one page of the Qur’an! 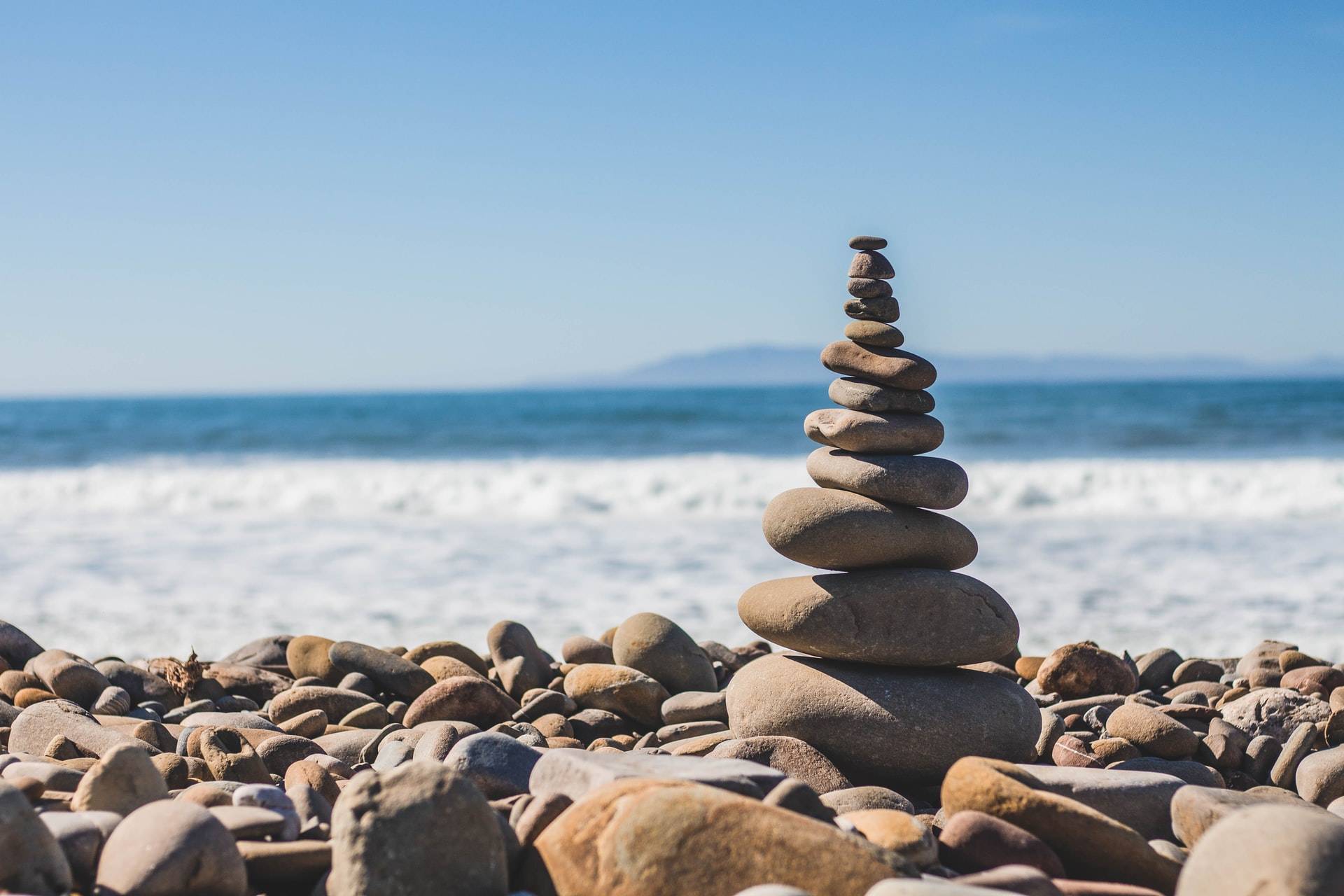 Patience is an important thing that we must groom in ourselves, and when better to start than the month of Ramadan? We must not only be patient in life, but also with those around us. When things occur that may anger or frustrate us, we must preserve sabr and think of the Prophet, who endured far worse in his life and still managed to be patient.
Abu Hurairah (rali) reported that Prophet Muhammed (saw) said: “Fasting is a shield; so when one of you is fasting he should neither indulge in obscene language nor should he raise his voice in anger. If someone attacks him or insults him, let him say: ‘I am fasting!’" – [Sahih-al-Muslim]

7) Do Lots of Sadaqah 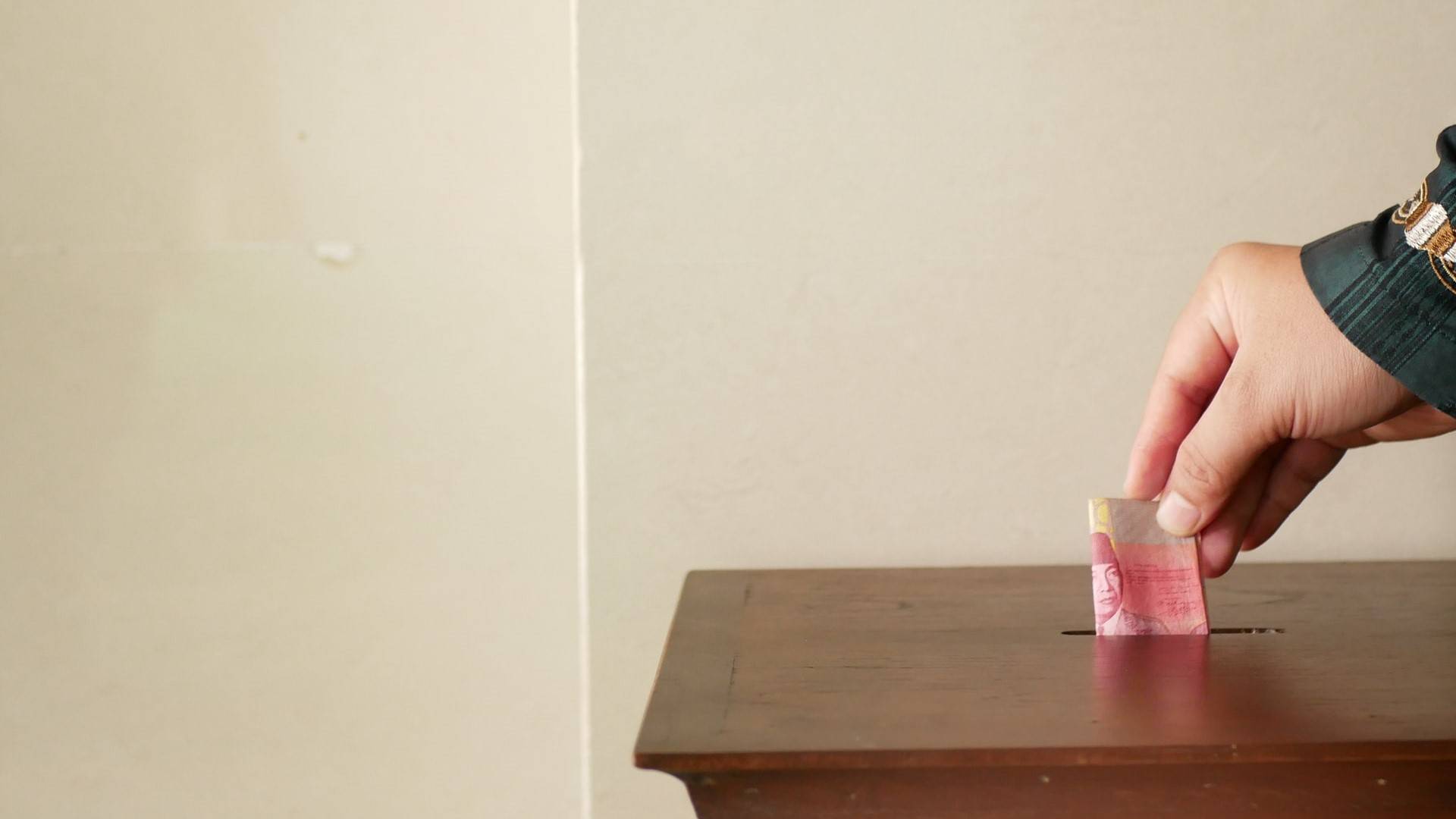 Zakah is an obligatory charity that is prescribed to the wealthy. It must be carefully calculated in the prescribed manner and given during Ramadan. But Sadaqah is neither only for the rich nor is it obligatory.
Sharing a sip of your water is also an act of Sadaqah. So be more generous with the needy during the month of Ramadan. Do not turn your face against the miskeen; greet them with a smile and help them in any small way you can. 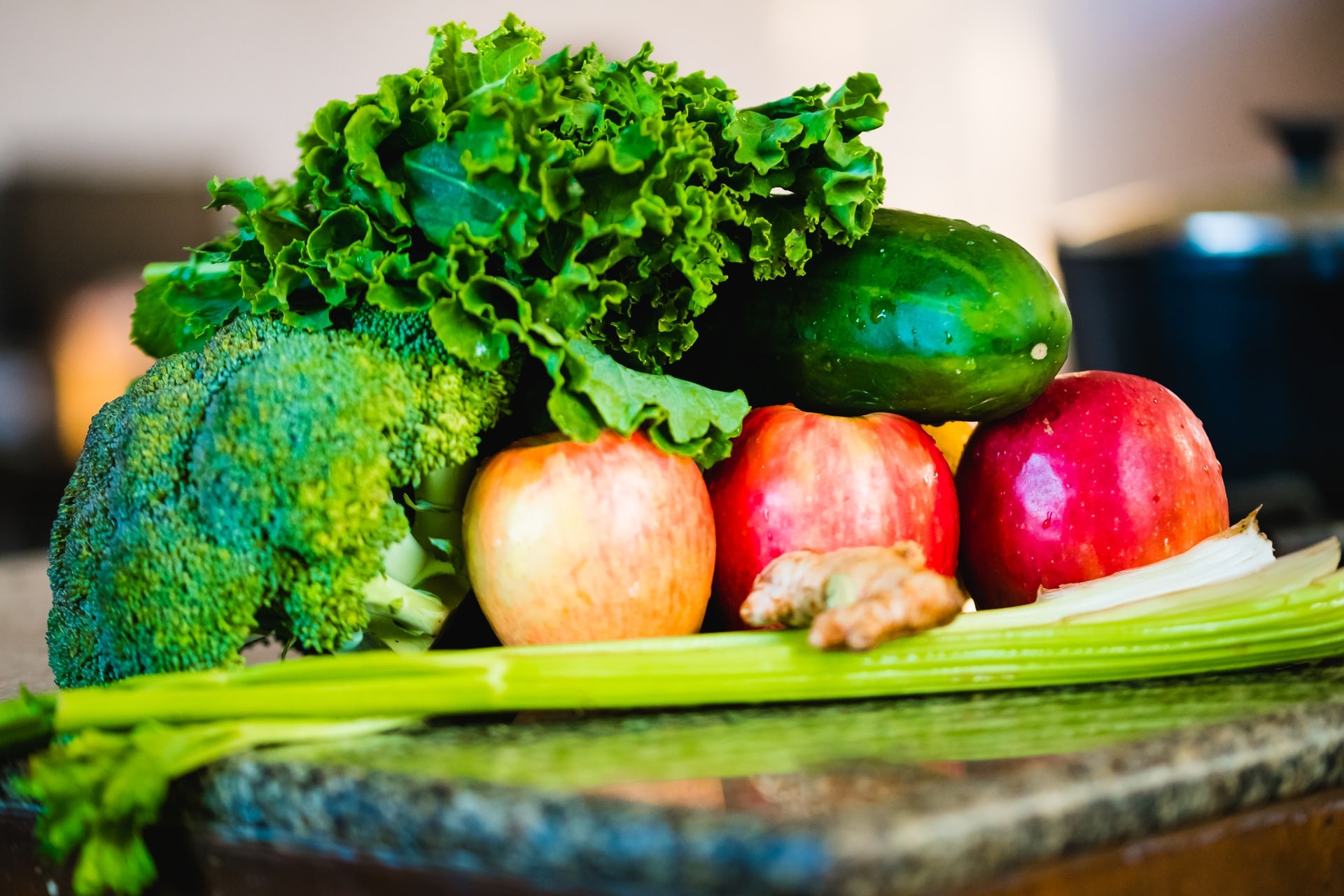 During the month of Ramadan, you will be abstaining from eating and drinking for more than half a day. This is why it’s important to make sure that the food you do eat is nutritional and healthy enough to sustain you throughout the entire day. Keep away from calorie-ridden, fatty, and greasy food. Eat plenty of fruits, vegetables, and other beneficial foods. 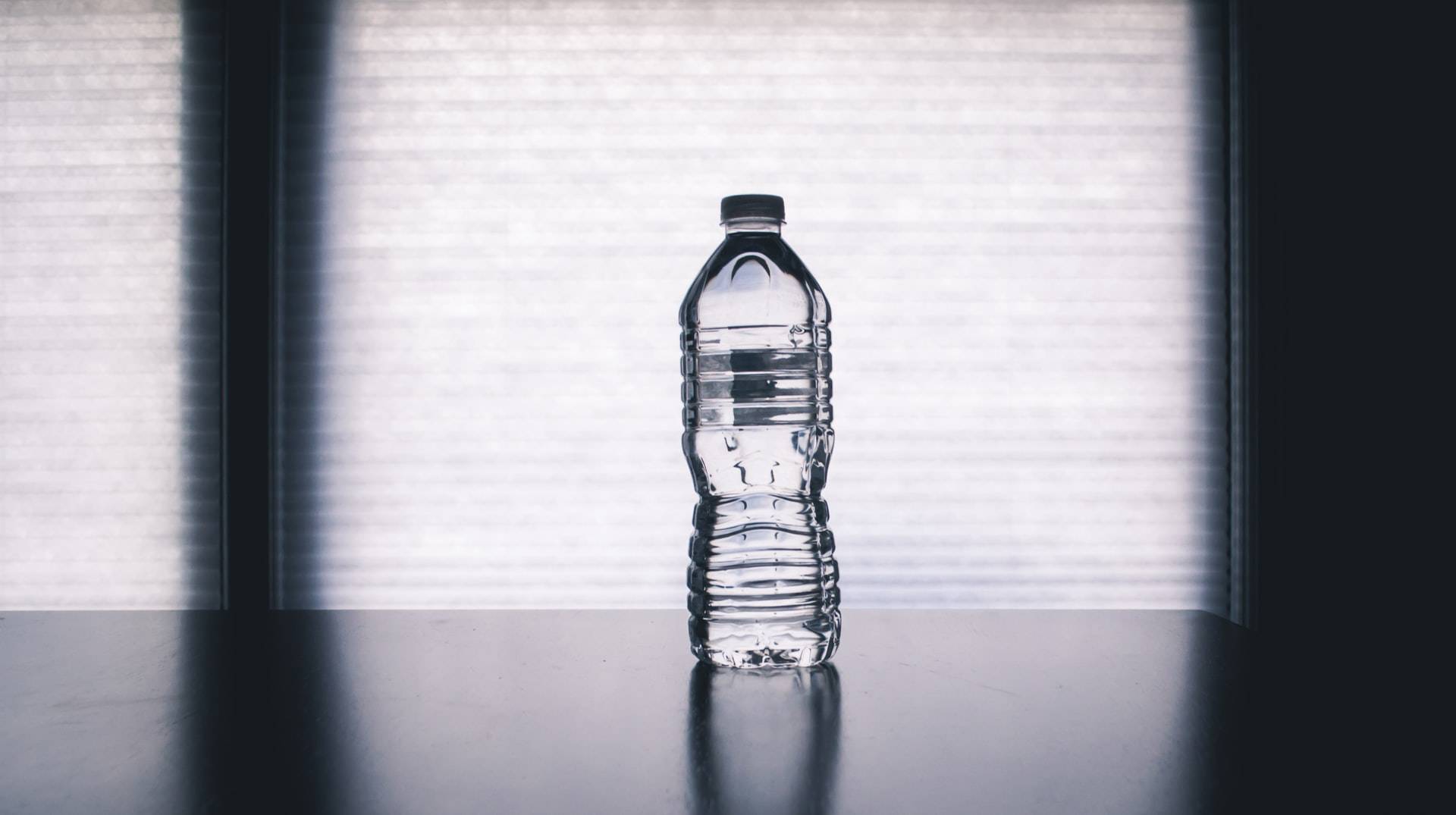 A good tip to help you keep Ramadan habits is to remember to hydrate. It is very important that you drink lots of water and other fluids during the non-fasting hours so that your body has enough stored to keep you healthy and energetic. A good way to introduce more fluids into your diet other than drinking more water is to eat lots of fruit with high water content like oranges and watermelons. 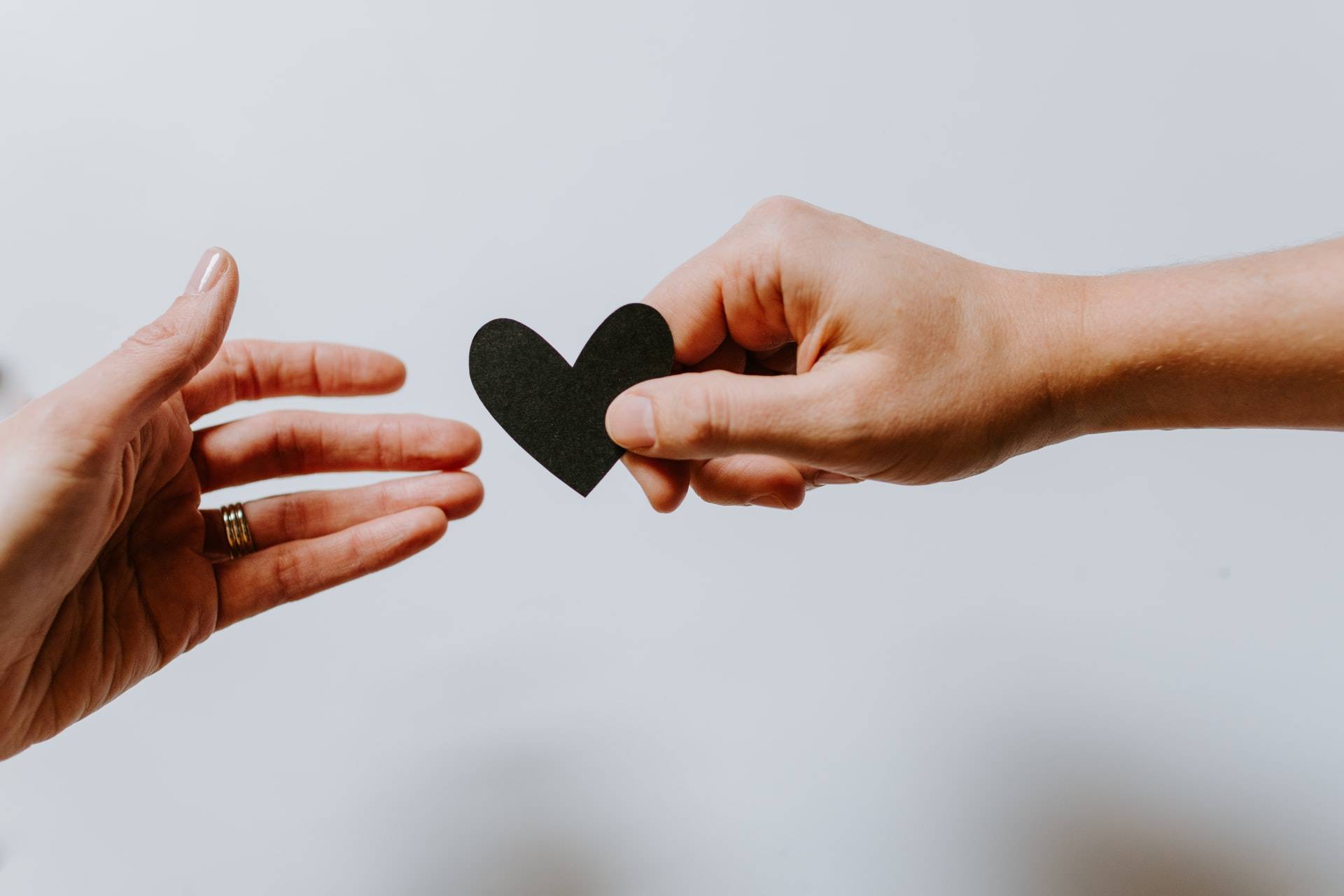 We teach our kids that “sharing is caring”, but how often do we adults follow the same principle? This Ramadan, cultivate relationships with your friends, family, and neighbors by sharing. A simple act of sending over a plate of food during iftar time can be something that brings you closer.
And if someone comes to you looking for food, don’t turn them away empty-handed. If the least you can do is give them a few dates and a glass of water to break their fast, then that’s enough too.
“Whoever provides food for breaking of the fast for a fasting person receives the reward of the fasting person, without the reward of the fasting person being reduced in any way.” - [At-Tirmidhi and Ibn Majah]
Click here for more useful Ramadan tips and information