These beautiful must-visit mosques in 2017 should be added the travel checklist of any Muslim traveler. Visiting historic mosques around the world is a great way to see how a country’s environment impacted the architecture, style and the religion of Islam as well.  It is interesting to see the unique prayer facilities for Muslims around the world. Read HalalTrip's guide to get more information. 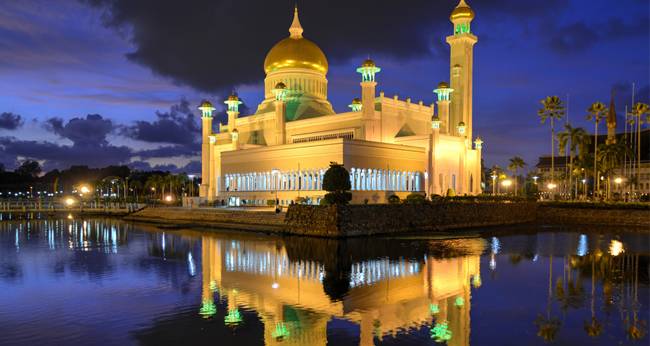 Sultan Omar Ali Saifuddin Mosque is located in Bandar Seri Begawan – it’s also one the most famous mosques in the world and a symbol of Islamic faith to Brunei. Being the tallest building in the capital city with the prominent golden dome that shines brightly and marble minarets, Sultan Omar Ali Saifuddin Mosque is considered as one of the most beautiful mosques in the world. The interior is just as impressive with chandeliers, stained glass windows, arches and marble columns. Another interesting feature is the 16th century style ceremonial boat that floats on the lagoon. 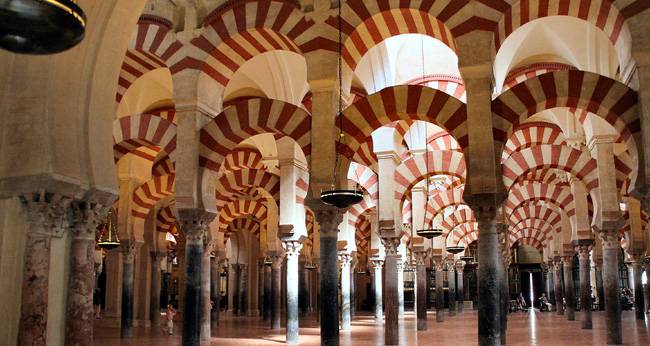 The Mosque of Cordoba is one the mosques that every Muslim traveler should visit being part of the historic mosques around the world - where its history dates back to the 10th century. The mosque is also known as the Cathedral Mosque of Cordoba. The entrance to the building is through the Patio de los Naranjos courtyard decorated with fountains and orange trees. The interior is unique with red and white striped arches and 856 columns, where the mihrab is a beautiful gilded architectural piece. 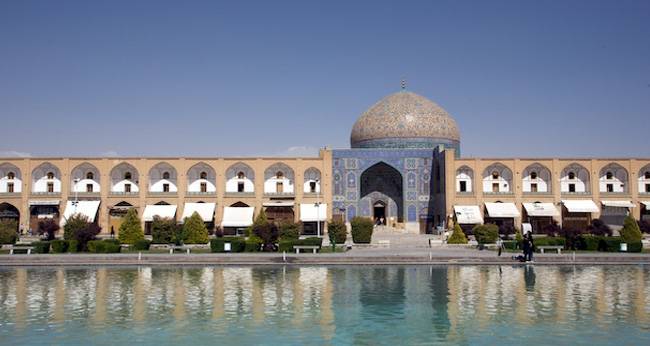 Sheikh-Lotfollah Mosque is one of the most famous mosques in the world and is considered as a masterpiece in Islamic architecture. The construction of the Sheikh-Lotfollah Mosque took place from 1603 to 1619 in Isfahan. The mosque is best known for its decoration of blue and turquoise tiles and its breathtaking interior of the dome decorated with blue and gold artwork. The exterior of the dome is covered in cream tiles – a unique feature is that the tile colours change during the day which makes this mosque one of the best mosques in the Middle East that has to be seen. 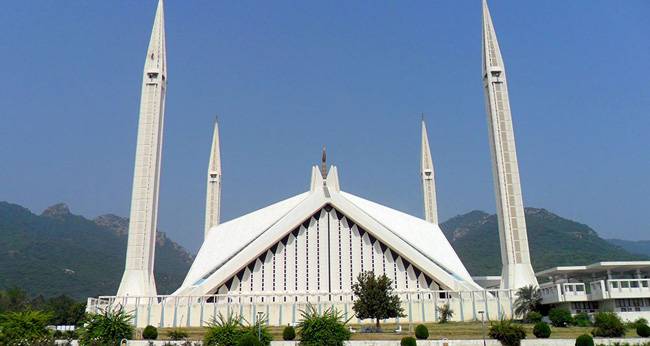 Shah Faisal Masjid is one of the top mosques to see in 2017 being one of best mosques in Asia and the fourth largest mosque in the world. The mosque was established in 1986 and is located in Islamabad at the Margalla Hills – it is considered an example of contemporary architecture. The unique, modern design of the mosque is based on a Bedouin tent and the slim minarets are based on Turkish designs. Inside the mosque, visitors can see a Turkish style chandelier and the marble interior decorated with mosaics and calligraphy. 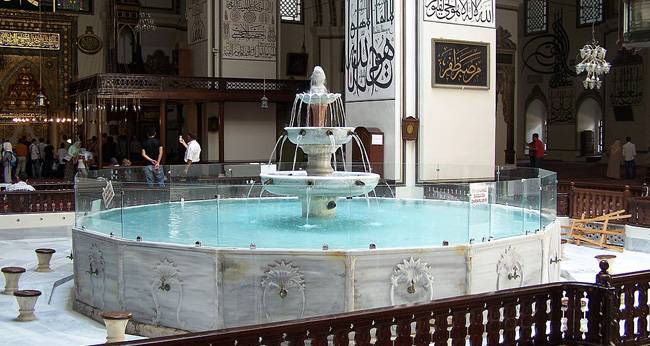 Also known as Ulu Cami, The Bursa Grand Mosque is one of the historic mosques around the world and its construction took place from 1396 to 1399. It is built in the Sejuk style and showcases early Ottoman architecture with 20 small domes and 2 minarets. In contrast to the simple exterior, high beautiful arches supported by square columns decorate the interior of the mosque – the large space can hold at more than 1000 worshippers. There are 192 wall monuments of inscriptions by Ottoman calligraphers and other artifacts decorated with Islamic calligraphy. 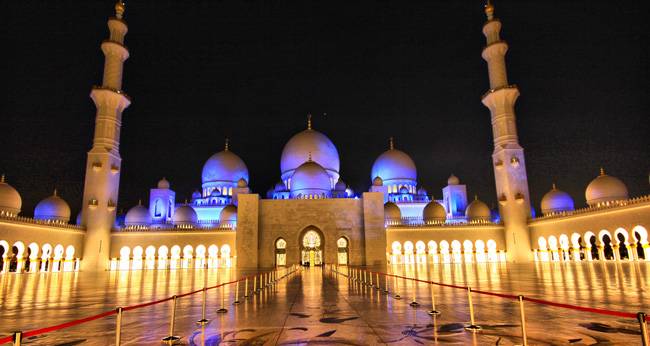 Sheikh Zayed Mosque is one of the most visited mosques in the world and is especially prominent with its beautiful gardens from both bridges that are connected to Abu Dhabi. The mosque also serves as the final resting place of the first president of the UAE - Sheik Zayed. The architecture is certainly impressive with more than thousand pillars holding up over 80 domes and 3 styles of calligraphy that can be seen throughout the mosque - the crystal chandeliers, white marble and precious stone decorations and inlays create a breathtaking interior. It is also the third largest mosque in the world. 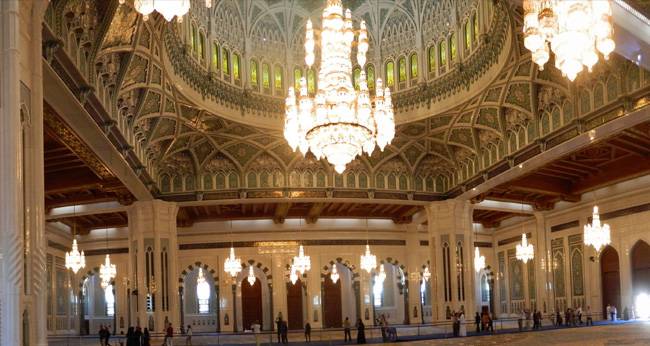 The Sultan Qaboos Mosque in Muscat is one of the mosques that every Muslim traveler should visit at least once. Built from Indian sandstone, the mosque is a great example of modern Islamic architecture. A crystal chandelier hangs high above the praying halls, and the main interior feature of the mosque is the beautiful hand loomed Iranian carpet that took four years to weave. The central dome and minarets are the highlight of the mosque’s exterior. 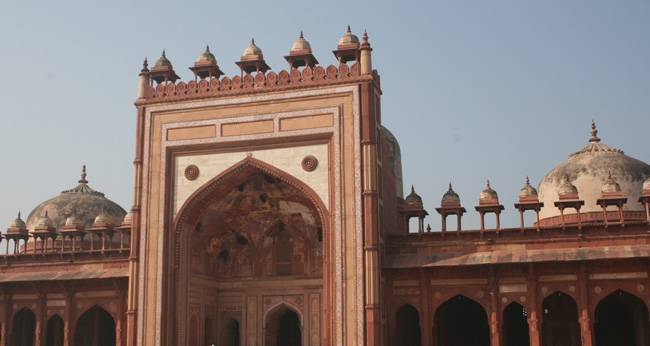 As one of the historic mosques around the world, Muslim travelers should not miss a visit to the Jama Masjid in Fatehpur. It was built between 1644 and 1656 by the Mughal emperor Shah Jahan. The mosque’s architectural style is Iranian with three gates, four towers and two minarets constructed out of red sandstone and white marble with a large courtyard enough to accommodate around 25,000 people. 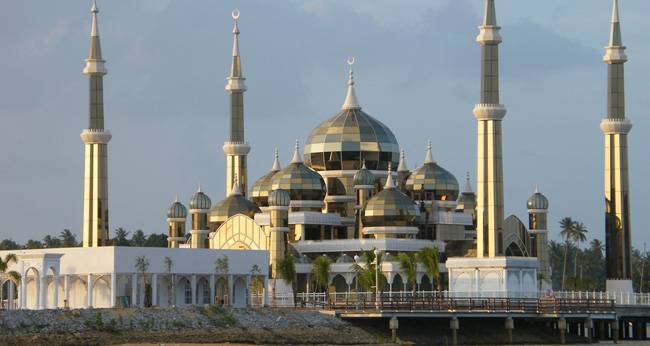 Also known as Masjid Kristal, this unique mosque is one of the most famous mosques in the world that is definitely part of the top mosques to see in 2017. The mosque was opened in 2008 and has WIFI access as well and has become a major tourist attraction.Located at the Islamic Heritage Park in Kuala Terengganu on Wan Man, it is constructed out of glass, crystal and steel and changes colours depending on the lights at night.

As one of the historic mosques around the world, the list for top mosques to see in 2017 will not be complete without adding Al-Masjid an-Nabawī located in the city of Medina. It is also known as the Prophet’s Mosque and was first built in 622 and is filled with Islamic, Ottoman and Mamluk revivalist architecture. This mosque has a flat paved roof with 24 domes - the mosque also has two mihrabs and the well-known Green Dome built in 1279 is situated above the tomb of Prophet Muhammad and Muslim leaders Abu Bakr and Umar.