10 Muslim Footballers Everyone Should Be A Fan Of

Football is an international sport that transcends religion, ethnicities and nationalities. So, Muslim Footballers are far and wide. Some surprises may be found as you read through the players! Whilst others will openly perform Sajdah after a goal, or their social media and popularity have given it away. Here are the short stories of 10 Muslim footballers. 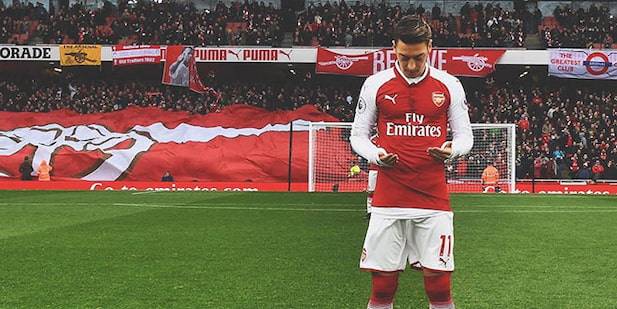 Starting young in German teams, his first team career ended badly when he fell out with the club Manager of Schalke 04. This led to his defining role in Werder Bremen where his role as a key playmaker allowed him to gain fame, he was declared "best player of the first half of the season". This allowed his big move to the team of Real Madrid which was important as a rising skillful player he required a famous team. After 3 seasons, Arsene Wenger played a key role in convincing Ozil to come play for Arsenal. This move was hated by his Real Madrid co-players such as Cristiano Ronaldo, "He was the player who best knew my moves in front of goal ... I'm angry about Özil leaving.” Ozil has since become synonymous with Arsenal being signed on till 2021.

He is known for being a German Turkish player proud of his heritage and religion. He has stated in interviews that he recites Quran before every game and this habit is respected by his team-mates who know not to disturb him. In an interview he explained, "My technique and feeling for the ball is the Turkish side to my game. The discipline, attitude and always-give-your-all is the German part."

He began playing at the age of 6. At the age of 13 he joined the professional outfit of Lille, he left for the biggest club in the city of Boulogne, US Boulogne, after a few moves in 2005 he joined Marseille on a 5 year contract. His style of play "fast, tricky, and an excellent dribbler who has great control with the ball at his feet" gained him recognition and fame for his left sided play. His current role in Bayern Munich has proven to be long-standing as his career with the German club started in 2007 and has been contracted till 2019. Although, his international career with the French team has ended due to “purely personal” reasons in 2014, he has continued to persevere with Bayern Munich despite injuries.

Ribery married a French national of Algerian Descent and converted to Islam, adopting the name Bilal Yusuf Mohamed. In addition, to conversion, Ribery has opened a non-alcoholic bar in attempts to fight alcohol addiction, he named the bar after his 2 daughters.

Although his career started in France, Demba gained fame when he joined famous English teams such as West Ham United, Newcastle United and Chelsea. He left Chelsea earlier than his contract deadline due to the arrival of Diego Costa another striker. This time his move was more than over the English Channel and he joined a Turkish team Beşiktaş, he moved on to China a year later to join Shanghai Shenhua and has become a key player scoring 6 goals in 11 games including a hat-trick. He won the titles of 2015 Chinese FA Cup Most Valuable Player and Top Scorer.

Born Muslim due to the majority of muslims in West-Africa, Demba performs Sujud on the pitch as a celebration of goals and observes fasts during the Islamic month of Ramadan. 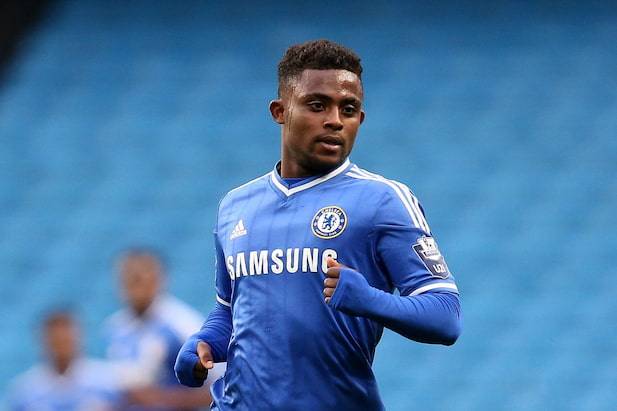 Image Credit: We Ain't Got No History

From a Somali family who migrated to Yemen and Tanzania to escape the violence and war, he joined the Celtic club and they helped him to stay in the country and move into an expensive flat. His first match was at the age of 14. He moved to Chelsea in 2011 but it was in 2014 that a long-term contract was signed, however through his career he has been loaned to many teams for specific seasons and games.

Born in a Muslim country and being educated in Scotland’s most racially diverse schools Hillhead High School, he has had the chance to practice his religion freely. His name is a great hint to his religion.

Known as a midfielder player, his capability of playing left, in holding and even attacking shows a versatility only a few football players hold. He's known for his long legs which work quick and has a powerful and accurate striking ability. His career began in the national youth football team. He was destined for greatness when he captained the team at just 16, then later for the under 20 team. His senior career debut was in 2013 when he played the full 90 minutes and gained a reputation for being a team player and eventually won the FIFA tournament’s Best Young Player. Recently during the 2018 FIFA World Cup, he scored the winning goal in France’s game against Australia.

Recently, social media blew up for football fans when Pogba uploaded pictures of him in a Mosque near a charity box and also holding a Qur’an in-front of the holy Ka’bah. Reports claim that his mother was the one who introduced him to Islam years ago and this inspiring woman was the one that keep her sons away from the drugs that surrounded their home in Roissy-en-Brie, pushing Pogba to pursue his football career. At 24, the young Muslim player has a huge amount of thanks for his mother.

Although he began his football career in Canada and earned a trial with Portsmouth and Tottenham Hotspur, allowing him the opportunity to become an international Goalkeeper, Asmir as a dual national decided to change and play for his homeland. His long career has seen him start in Portsmouth and move to Stoke city where he signed a 4 and ½ year contract. When that has ended, his most popular move was to Chelsea where £8 million was signed as part of the deal. Begović became the 5th goalkeeper to score a goal in the English Premier League with FC Chelsea, setting the world record for ‘longest goal scored in football.’

Born in a Muslim-Majority country he helped Bosnia qualify for the 2014 FIFA world cup, the first time Bosnia had ever qualified for the major football tournament. 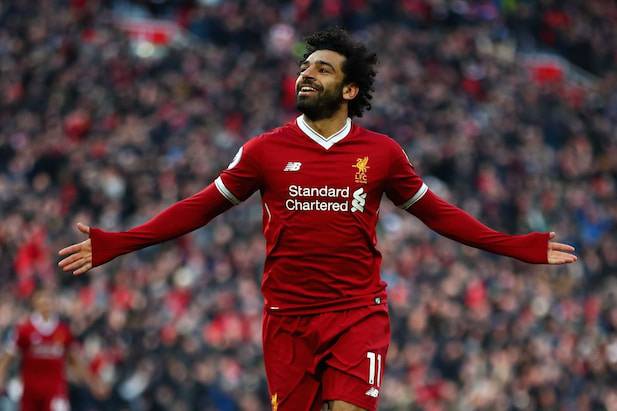 The internet and world recently exploded with sympathy and admiration for Mohamed Salah. Most fans claim he carried Egypt to the FIFA World Cup 2018. He is known to be a tactical player with good technique and an eye for goal, playing as Forward and Striker. He has definitely carried out his responsibilities for his team. His role in the UEFA champions league 2018 was huge, scoring a crazy amount of 32 goals. José Mourinho described Salah as “young, he's fast, he's creative, he's enthusiastic. When we analysed him he looks the kind of humble personality on the pitch, ready to work for the team.”

Salah is a practicing Muslim and often celebrates his goals with sujood, he has increased awareness of Islam in the English Northern town and his impact on Liverpudlians has been positive, some fans claiming they would convert to Islam if he continued to score. Internationally, he has been nicknamed “the Pharaoh” by fans and international media, his role as a leader can be seen through active regeneration projects in Nagrig, his hometown where a reported 65% of inhabitants live in poverty.

His career began in Marseille and over the years he has moved around European teams, from Udinese to Roma, then Bayern Munich where he signed a 5 year contract, after the end of that he moved to the Italian Champions Juventus as a loan but his impressive game playing led to Juventus signing him on till 2020. Despite being Algerian and Moroccan, he chose to play for Morocco in 2008. His good technique, defensive ability and strong game-playing earned him the position of Captain. His goal against Ivory Coast showed his versatility as a player and also qualified Morocco to the 2018 FIFA World cup.

Mehdi Benatia often wished his followers on social media Eid Mubarak as well as other Muslim celebrations, furthermore whilst he was in Germany news broke out that he refused to hold a beer in a promotional shoot due to his faith.

His career started in Jeddah where he gained prominence and was approached by Barcelona but rejected to join Al Ittihad. Since this decision, he has stayed with them for 6 seasons and gained the title of most promising and fastest player in Asia. Internationally, he was named in Saudi Arabia’s squad for the 2018 FIFA world Cup, due to the failure of Saudi Arabia to score any goals in their group games, his performance has been considered a dissapointment. However, he has gained popularity on a wider scale.

Born Muslim he has expressed faith and his gratefulness to God in interviews which express his Islamic attitude. When he qualified for the World Cup he said, “Thanks to God for my first participation in La Liga,”. 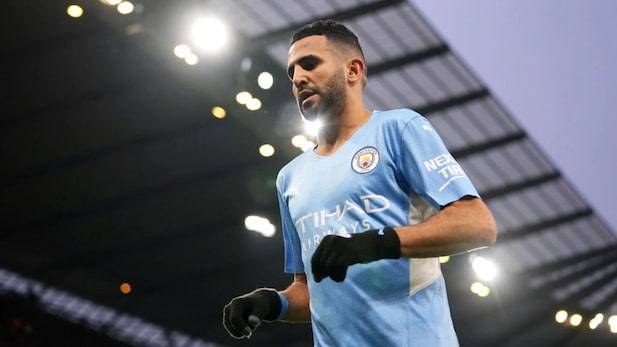 Mahrez has stated in an interview with The Guardian that after the death of his father, "I don't know if I started to be more serious but after the death of my dad things started to go for me. Maybe in my head, I wanted it more". His major break was joining Leicester City where his skills brought him attention, in total he has scored 83 goals throughout his career. Internationally, he chose to represent Algeria rather than France, a rare move amongst French-Algerian players, he assisted many goals as well as scoring the qualifier in the Africa Cup of Nations. Throughout his career he has won many awards as player of the year nationally and internationally.

Mahrez is a practicing muslim who performed Umrah in 2017, he also married a Punjabi Sikh who converted to Islam. They have a daughter named Inaya, an Arabic name that gives the meaning of grace and solitude.