10 Middle Eastern Dishes Everyone Should Try At Least Once

Traveling to the Middle East can be for one of the two main reasons; to live amongst a forest of skyscrapers in a sea of desert sand or to devour the uncountable delectable local dishes that have made the Middle Eastern cuisine a go-to for comfort meals to be shared with loved ones on any occasion.

Locate the best Arabic restaurants during your stay and enjoy the wholesome, rich and freshly prepared meal at a reasonable price. What’s more special about this mouthwatering cuisine is that, by tradition, each portion served is enough for a family to feast on and to have the table decorated wholly with Middle Eastern salads and the obligatory mezze platter that comes with most dishes on their menu.

Middle Eastern cuisine is the cherry on top of all Halal cuisines a diner could ask for. The best authentic Arabic and Middle Eastern dishes serve the perfect combination of flavors, colors and beyond a doubt fulfill the living dream of all foodies.

Here is a list of the 10 Yummiest Arabic Dishes to fill your belly! (a list which was too difficult to cut short) A creamy and smooth blend of mashed chickpeas, tahini, olive oil, lemon juice, and garlic. Hummus is served as either a dip with the traditional pita bread and vegetables but also works its wonder when spread in a burger or even with a baked potato.

Its flavor is combined with other Arabic dishes as a condiment. Hummus is more of a staple dish; this mouthwatering and healthy appetizer found in nearly all Middle Eastern restaurants is the best pick to start off your foody-ride. We definitely recommend the Abu Shukri restaurant in the Old City of Jerusalem.

Foodie Tip! For the diners who are more experienced in attacking Middle Eastern dishes, ask to add in more garlic to get a taste of the true local tang.

A ridiculously tasty bundle of goodness. The Arabic version of the Greek gyro with the exception of tender meat which is slow cooked on a turning spit preserving the juiciness and incorporating the rustic flavors of smokiness being the highlight in the Middle Eastern variant.

This wrap of laffa/hot pita bread filled with smoky meat together with sauces, cream, veggies and the earthy authentic Arabic spices makes every bite of this Middle Eastern dish a delightful pleasure. One place that we've specially handpicked for you to try is the Hashipudia restaurant at 6 Ha-Shikma Street of Jerusalem.

Foodie Tip! Shawarma is more commonly found made with either chicken or beef although the traditional option; lamb is a must try specialty.

Found alongside the famous hummus on a mezze platter, Baba Ghanouj is often described as the best eggplant dish; a succulent eggplant dip and is a vegetarian favorite. Although spelled in countless ways, this dip delivers similar deliciousness all across the Middle East with a combination of flavors from roasted eggplant, garlic, Arabian spices and the famous sesame seed paste - Tahini.

Like most dips, Baba Ghanouj is used as a condiment in Middle Eastern cuisine sharing its wholesome flavor with more dishes on the menu. We highly recommend trying out Zest at the One&Only The Palm in Dubai and give this Arabic goodness a shot!

Foodie Tip! When ordering Baba Ghanouj, ask for it to be spiced up with chili for the real Arabic zing. 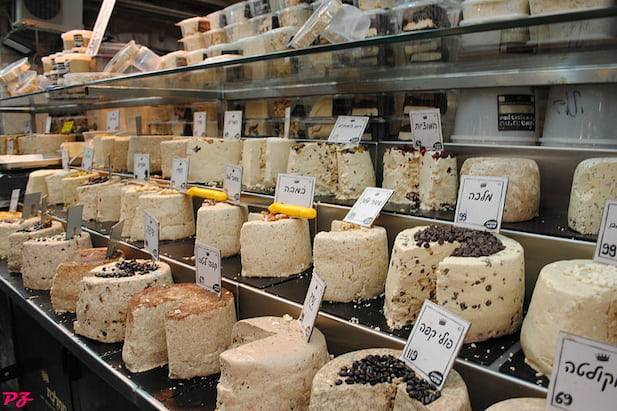 Much like the name suggests, in Arabic, Halvah means a sweet confection and is most likely the most popular Middle Eastern sweet. Halvah is much like a layered cake generally shaped like a cheese wheel.

The main component of grain-based halvah is gluten like wheat, or semolina and are spongy in texture, while the main ingredient of nut-based halvah is tahini paste; sesame seeds and sugar. Although the unique flavor of plain halvah tastes just about excellent, it is often flavored with pistachio or chocolate.

Tabbouleh, a cocktail of herbs; parsley, mint, bulgur (cracked wheat) and a handful of vegetables, onions and tomatoes, is the best appetizer not only for vegetarians but also for the health freak foodies who love to chomp but are calorie conscious.

This Arabian salad is refreshing and bright, however, will leave some green stuck between your teeth so be cautious! If you happen to be in Jordan, hop by the Cairo Restaurant at the Al-Malek Talal Street in Amman, Jordan to try their Tabbouleh!

Foodie Tip! To the meat lovers; this delicious salad has the ability to make you switch teams, so watch out for its yumminess.

Similar to the Greek baklava, this Middle Eastern sweet pronounced as baklawa is made with lots of love and layers of thin sheets of buttery filo dough filled with a mixture of coarsely ground nuts and Arabian spices; unlike the Greek that uses honey, this mixture is bound together with sugar syrup and either rose water or orange blossom. With honey drizzled on top, baklava is made in interesting shapes, for example in the shape of birds’ nests, cylinders and triangular are the more common option. Hop by the the Karakoy Gulluoglu at Rihtim Cad when you're in Istanbul to bring some of the best Baklavas home!

Foodie Tip! Pistachio and walnut baklava are easiest to find, however, look out for the fruity version for an alternate experience that you’ll be glad you had.

This low in calories Middle Eastern alternative to traditional cream cheese is not too sour or strong in flavor and is easily made from cow’s milk. Labneh is a creamier, thicker and denser variant of the Greek yogurt and often found alongside hummus and tahini on the mezze platter.

A great dip for za’atar pita bread, and even fruits; the versatile Labneh dip is the best to share the flavors of the Middle Eastern cuisine. To best compliment, a falafel sandwich, order an Israeli salad to go with it. The falafel perfectly fills in for the protein on a vegetarian’s menu and paired with hummus on the obligatory mezze platter.

The most interesting aspect of the savory doughnut is that the falafel patty has a crispy exterior when freshly fried contrasting to a soft and fluffy interior composed of ground chickpeas, onions and a decent amount of herbs and spices blended in to enhance the simplicity and flavor of the dish. Make a pit stop at the [email protected] located at the Omar Ibn Al-Khattab Street #12 First Circle in Amman, Jordan to give their falafel a try!

Jordan’s national dish, Mansaf, is culturally meant for feasts and celebratory gatherings. Mansaf in Arabic literally translates to “large tray” and therefore is served as such; enough to cater to a small foodie nation.

Chunks of lamb cooked in a broth of Jameed (a variety of cheese made from fermented yogurt), dressed with yummy yogurt and garnished with almond and pine nuts are on display placed on a heap of white rice served on an oversized platter of flatbread.

Initially a Jordanian dish, Mansaf migrated to Palestine, Iraq and Saudi Arabia to mark its deliciousness. If you happen to be in Amman, Jordan, we recommend you the Jabri Restaurant at Wasfi Al-Tal Street.

The staple component of Middle Eastern cooking, the warm and versatile pita bread is served with nearly every meal. The specialty of za’atar pita is that the dough is generously sprinkled with a blend of Middle Eastern spices which include thyme, oregano, and marjoram to uplift the sensory experience of the flavorsome bread dipped in any appetizer off the mezze platter.

The original za’atar plant that is rather endangered is protected by the government to preserve the rare and authentic Mediterranean flavor, however, the blend of herbs does do justice to za’atar pita. Hence the purchase of a jar of this herb mixture is worth it to try the za’atar pita crisps recipe in the comfort of your home.

For the next dish was much spoken about in this list, it felt unfair to leave it out: 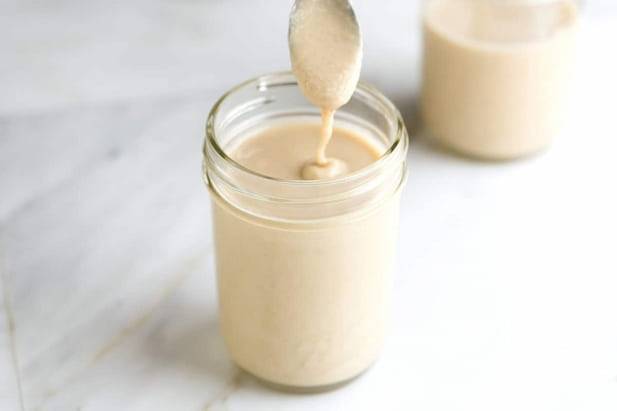 The tahini dip, spread or condiment is made from a base of toasted and ground sesame seeds made to a paste and is essential to, if not all, many Middle Eastern dishes. Tahini collaborates well with sweet as well as savory flavors hence is a highlight on the mezze platter. An uncommon yet palatable combination is tahini and halvah, so be sure to have a go at it when possible.

Buckle up for a flavorsome ride on the Middle Eastern cuisine serving wholly satisfying food and leaving you wanting more of the Mediterranean goodness. Amongst the uncountable delectable dishes on their menu, try out the dishes listed above on your next visit to the Middle East!