10 of the Greatest Olympic Moments in History 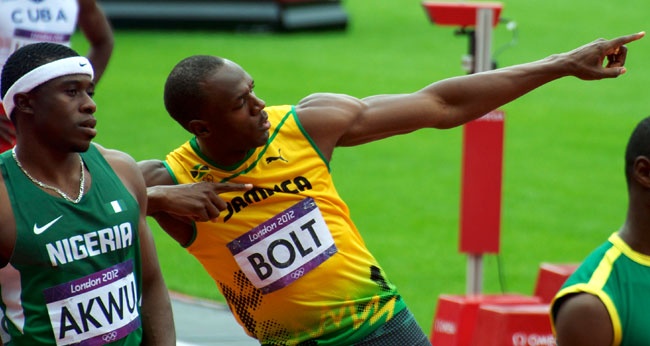 A sportsperson can delight by doing things better than everyone else but none can thrill so viscerally as the brilliant oddball who comes along once in an era and does things that no one else had even thought of. To successfully defy normality is to redefine it.

Muslims traveling to Rio Olympics 2016 can anticipate great moments of achievements from the competing athletes. Here’s a look at some of the ten greatest moments in Olympic history that will never be forgotten.

As the first Olympics ever to be televised and include a brand endorsement by an athlete, the Rome Games ushered in a new era of commercialism and changed the way the world viewed its Olympians.

It’s not the shoes that make the runner, as Ethiopian athlete Abibe Bakila proved at the 1960 Olympics in Rome. Unable to find a suitable pair of shoes prior to the marathon, Bakila ran barefoot, leading his competitors to write him off. But barefoot running is how Bakila trained so he was right at home running on Rome's ancient roads. Bakila took home the gold, not only becoming the first black African to win the event but also setting a world record.

A young Soviet athlete - Olga Korbut - stunned the crowd, winning three gold medals at the gymnastics events and pulling off a move that became known as 'the Korbut flip'.

Carl Lewis competed in the ambitious quadruple of 100m, 200m, long jump and 4x100m and he won gold in all of them!

The 1992 U.S. Men's Olympic basketball team, nicknamed the "Dream Team" for its impressive line-up of the biggest names in basketball - Michael Jordan, Charles Barkley, and Patrick Ewing, to name a few was the first time active NBA players were recruited for an Olympic team. They won the Gold medal winning all their games. Today, the Dream Team is still widely celebrated as the greatest team ever assembled in any sport.

Champion American swimmer Michael Phelps and his teammates set a new world record in the medley relay event, awarding Phelps his eighth gold medal (the most won in a single Olympic Games).

Usain Bolt's 100m and 200m gold wins in Beijing launched a remarkable career and rescued sprinting from controversy. Bolt's 100m run was so thrilling, so astonishingly emphatic, and yet so casual, it stunned the world!

Gabby Douglas is currently training for the 2016 after becoming the first African American to win the individual all-around gold in 2012. We think two gold medals are in line and we can't wait to see this gracious, talented athlete compete in the Rio Olympics!