10 of the World's Best Surfing Destinations for Muslims

Cover Image Credit: The Watch Judge
Hunting the best surfing destinations in the world? HalalTrip has made a list of some of the world's best surfing spots that you can head to as a Muslim traveler.
Surfing has become a trendy water sport over the last few decades and surfing enthusiasts have discovered some well-known as well as hidden surf destinations around the world. With the gaining popularity of surfing, there is a surfeit of surf destinations to choose from in Asia, Europe, Australia, Africa, and America. Here is our list of the best-surfing destinations in the world for Muslim travelers. 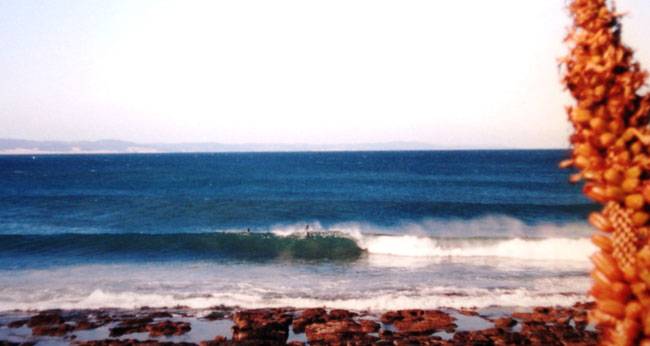 About: Jeffrey’s Bay often called J-Bay, is a popular tourist destination and is famous for its seashells and seafood restaurants, water sports, river logons, and of course surfing! Voted as the second-best of the ‘World’s 50 Best Surf Spots’ by CNN in 2013, it is an ideal surfing destination in Africa that has several Halal restaurants in the areas for Muslim travelers.

Surf: Jeffrey’s Bay which offers the best right-hand point break in the world has waves that can measure up to 12 feet. With 10 different surfs to choose from, including Kitchen Windows, Magna Tubes, Boneyards, and Supertubes, there are many options for all grades of surfers. Booties are a must when surfing at J-Bay and do keep an eye out for sharks!

Location: Situated on the Indian Ocean in a town located in the Eastern Cape province of South Africa just off the N2 Highway, about 75 kilometers southwest of Port Elizabeth.

Peak Season: May to mid-September 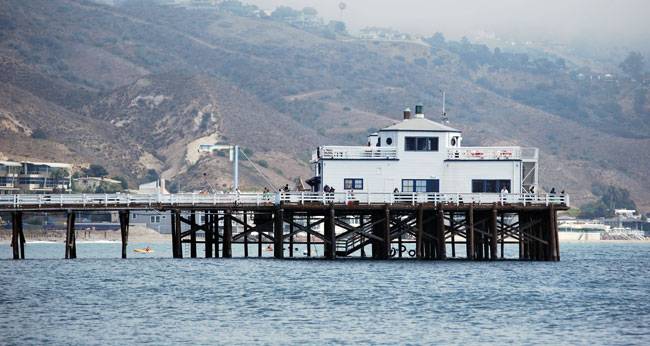 About: California has been a surfers’ destination for nearly 100 years. With its abundance of surfs, California may be considered one of the best surf destinations in America, while Surfrider Beach is a popular sandy beach and surfing spot often included in many lists of the world’s best-surfing destinations. Malibu also offers many Halal restaurants for Muslim travelers. 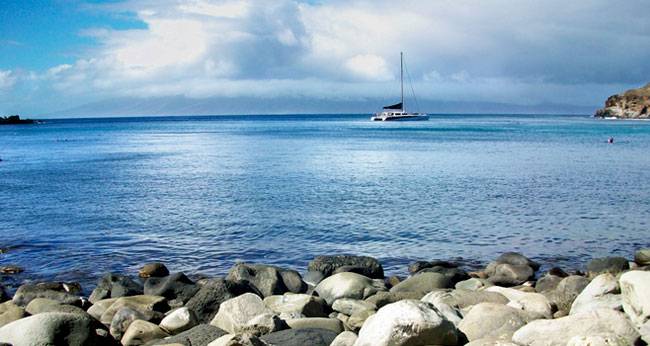 About: Another renowned top surf adventure destination in America is Hawaii. The first written reference of surfing in Hawaii was in the 18th century, and hence these islands are often considered the ‘home of surfing’. Although Waikiki, the North Shore, and Oahu are known as surfing meccas, Maui also has its legendary surf spots. All in all, the Hawaiian Islands offer surfers of all grades and experience a surfing adventure like no other! Muslim travelers will also be able to find a couple of halal restaurants and a mosque in Maui.

Surf: The surf at Honolulu Bay is the most popular in Maui and yet difficult to find. But once you get on this right-hand point break, the feeling is fantastic. There is also a chance to spot whales while surfing!

Location: The beach at Honolua Bay is located under Maui’s rugged northwest shoulder. You can park on the bluffs overlooking the break and, walk down the trail to the water to Honolua Bay. 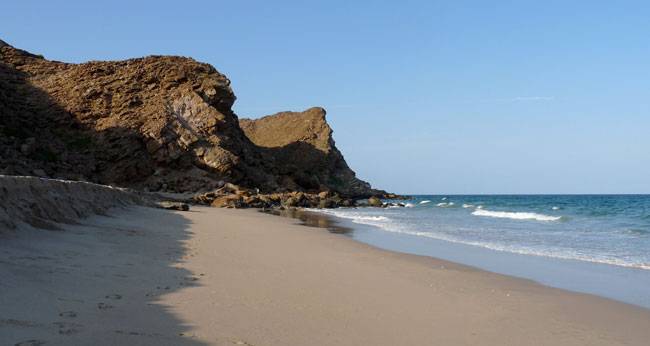 About: Oman is still a very young and unexplored surfing destination. However, its long stretch of coast along the Indian Ocean does offer some interesting surf breaks that make Oman not only one of the best destinations to surf in the Middle East but also a very Muslim-friendly surf destination.

Surf: With a sand bar to the right and rock bottom to the left, Joe’s Point is suitable for both beginners and experts. Rides can last up to 40 seconds and the water temperature is usually warm.

Location: Joe’s Point situated on the Arabian Sea in the town of Sur in the Ash Sharqiyah Region of Oman can only be reached by car. It is located approximately four hours from Muscat along Highway 17.

Season: Due to Oman’s subtropical dry weather, surfers can surf at Joe’s Point all year through. 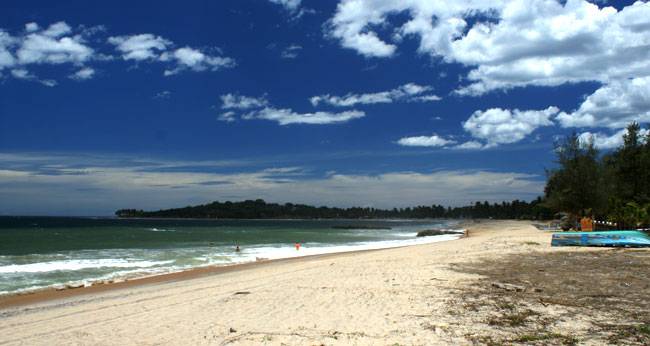 About: Sri Lanka is comparatively a newly discovered and affordable surfing destination, while Arugam Bay is regarded as the best surf spot in the country; attracting local surfing enthusiasts as well as international tourists. With the area’s predominantly Muslim population and seafood restaurants, Arugam Bay can be considered a Muslim-friendly surf destination.

Surf: Arugam Bay has quite a few quality surf breaks which are mostly right-hand peaks. The most popular being the Main Point located towards the south of the bay. Other breaks include Whiskey Point and Pottuvil Point to the north, and Elephant Rock, Peanut Farm, and Okanda to the south.

Location: On the Indian Ocean in Sri Lanka's east coast, the bay is located 320 kilometers (200 miles) due east of Colombo, and approximately 4 kilometers (2.5 miles) south of Pottuvil (Ullae).

Peak Season: May to November 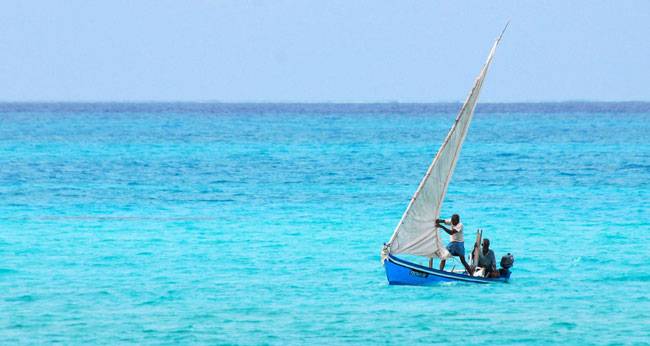 About: Another Muslim-friendly surf destination in Asia is the Maldives. As an Islamic country, the availability of mosques and Halal food is not a concern for Muslim travelers, and there many fine surf points to choose from among Maldives' 1,190 coral islands. Sultans is considered a famous surf destination in the Maldives and is ranked 11th in CNN’s 2013 list of ‘World’s 50 Best Surf Spots’.

Surf: The surf at Sultans is a consistent reef wave that's impressive in the spring and peaks at high tide, with a solid southeast swell. However, the rocks at Sultans can be dangerous and it is recommended to use a surf trip specialist outfit such as ‘Surfatoll’.

Location: On the Indian Ocean in the North Male Atoll. 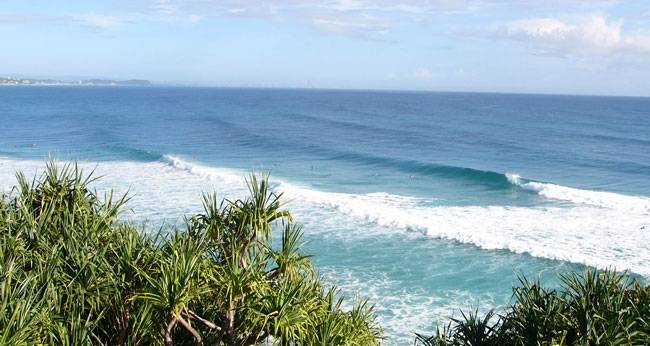 About: The Gold Coast is considered the best surfing destination in Australia and the Superbank is a highly popular man-made stretch of beach ideal for surfing. The Superbank wave was created following the start of the dredging of sand away from the Tweed Rivermouth is formed by the stretch of sand along with the southern points at Snapper Rocks – Kirra, Rainbow Bay, and Greenmount. It is the site of the annual surfing competition. The Gold Coast with its abundance of Halal cafes and restaurants makes this an ideal surf and beach destination for Muslim travelers.

Surf: The Superbank's break is one of the world’s best surf destinations for passionate surfers. The wave is a right-hand point break that regularly barrels and can produce heavy, hollow barrels only suited for the experienced surfer. 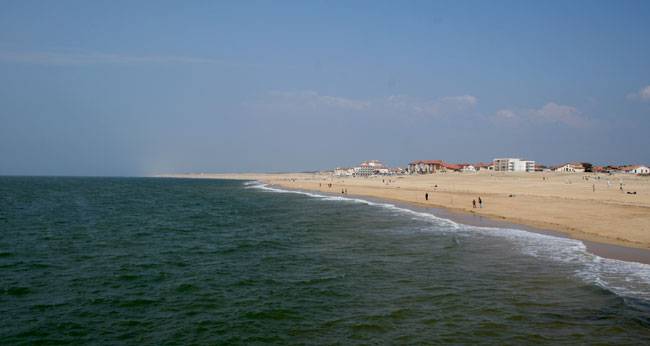 About: Dubbed as the "surfing capital of Europe", it is no wonder that Hossegor tops many lists of the best surf destinations in Europe. With such fame, Hossegor has become a must-visit surf destination that attracts not only surfing enthusiasts and pros but also people who wish to watch the pros ride tubes, which can rival Hawaii for heavy walls breaking on an unnervingly shallow sandbank. Muslim travelers also luck out as Soorts-Hossegor does have some Halal restaurants.

Surf: Hossegor’s surf is mainly for experienced surfers. Considered some of the best waves in the world, Hossegor attracts world-class surfers with its world-class waves. Hossegor offers a series of world-class beach breaks including Les Estagnots, Les Culs Nuls, the mighty La Gravière (for tube-riding), and L’Epi Nord.

Location: Situated on the Atlantic in the South of France, Hossegor is a part of the little town of Soorts. It is a short drive from the towns of Biarritz and Capbreton and a couple of hours from the Spanish border and the Basque country to the south. 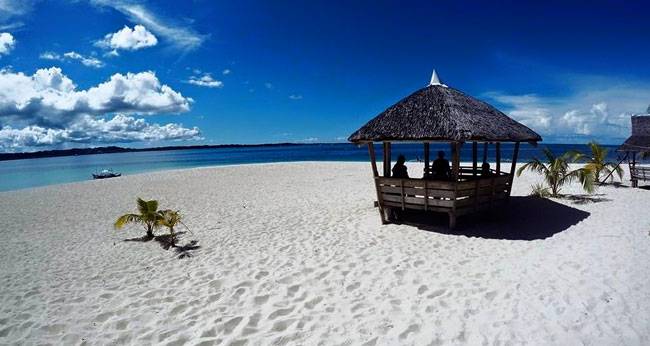 About: Siargao Island is an affordable surf destination in Asia with several waves that can only be reached by boat. After being featured in a Surfer magazine nearly 25 years ago, this island has become even more popular as a low-budget surf destination. Cloud Nine is one of the well-known surfing waves on Siargao and the site of the annual Siargao Cup, a domestic and international surfing competition.

Surf: The surf at Cloud Nine with its right-breaking reef wave has gained a worldwide reputation for thick, hollow tubes. However, sharp reefs below the surf can be dangerous so do be careful!

Location: Situated in the Philippines Seas, Siargao Island is a tear-drop-shaped island about 800 kilometers from Manila. Cloud Nine is the only wave on the Island that can be accessed without a boat.

Peak Season:  August to November when the prevailing wind is offshore. 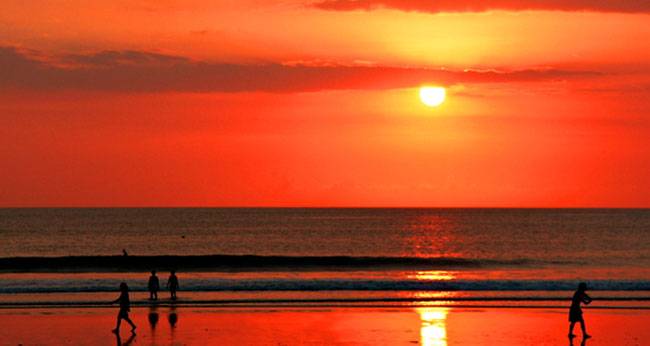 About: The island of Bali is considered a fabulous beach holiday destination that attracts holidaymakers from across the globe and its popularity as one of the best beaches to surf on attracts surfers from beginners to professionals for an exotic surfing experience. The island of Bali offers a range of waves in clear waters all through the year, making it another go-to surf destination in Asia. Further, Muslim travelers will be able to enjoy their choice of halal food and restaurants.

Surf: Uluwatu which was discovered as a surfing destination in 1972 is known for its professional-grade waves, while the 5-kilometer-long sandy stretch of Kuta which is clear of dangerous rocks and coral is the ideal surf for beginners.

Location: Uluwatu is situated on the southern tip of the Bukit Peninsula of Bali. This left reef is divided into sections - from top to bottom, they are Outside Temple, Bommies, Temple, Outside Corner, Racetracks, and Peak.

Click here for more ideas for your next Muslim-friendly holiday!