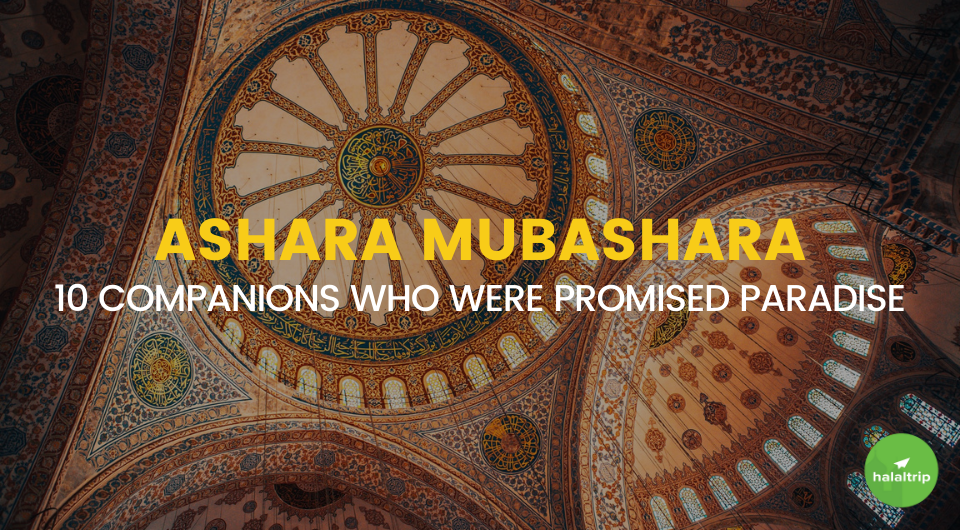 Abu Bakr Al-Siddiq RA was born in the year 51 A.H. in Makkah Al-Mukarramah, and he passed away in Al-Madinah Al-Munawwarah, two years and three months after the death of the Prophet SAW. Abu Bakr Al-Siddiq contributed a lot to spreading Islam among the people and defending it, and he stood by the Prophet Muhammad SAW in front of the polytheists. And he had his contributions in the process of liberating slaves from the hands of the polytheists, by buying, liberating, and saving them from their torment. Abu Bakr as-Siddiq held a great place in the heart of the Messenger of Allah, peace, and blessings be upon him. He is his friend, companion, and father of his wife, and he was the companion of the Messenger, Prophet Muhammad SAW, in his migration from Mecca to Medina, and he was his refuge, his security, and his secret.

Omar Ibn Al-Khattab RA embraced Islam when he heard Khabab Ibn Al-Arat teaching the Holy Qur’an to his sister Fatima and her husband.

He was known for his asceticism and strength in manifesting the truth and defending Islam. He is strong and does not fear anyone. Omar Ibn Al-Khattab is considered the first to gather people in the month of Ramadan to perform the prayers.

Omar bin Al-Khattab is the first caliph to inspect his flock at night while they are sleeping, and gives every house what it lacks.

Omar Ibn Al-Khattab wrote the books of law, judged judges, made gifts an obligation, and performed the pilgrimage to all people, both men and women. Omar was modest, and he was martyred when he left the mosque after the dawn prayer at the hands of Abu Lulu’ al-Majusi when he stabbed him several times. He was buried in the Prophet’s room located in the Prophet’s Mosque next to the Prophet and Abu Bakr al-Siddiq.

Uthman ibn Affan is the first to emigrate to Abyssinia, the first to conclude the Qur’an in one rak’ah, and the first to build the mosque. Among the virtues of Uthman ibn Affan - may God be pleased with him - and his deeds is his purchase of the well of Rumah, which was owned by a Jewish man in Medina, and due to the Muslims’ need for it, he made it a waqf for Muslims after purchasing it. He also expanded the Prophet’s Mosque and the Grand Mosque, equipped the Army of Al-Usrah with nine hundred and forty camels, and increased over them sixty horses, as he brought ten thousand dinars and put them in the hands of the Messenger of Allah, may Allah's prayers and peace be upon him, as he was a man who was ashamed and the angels were ashamed of him, very devoted to Allah Almighty He was a fast and upright person, loved reading the Noble Qur’an, and had a strong fear of Allah Almighty.

Uthman RA had great merit and effort in serving Islam and consolidating its pillars; he was wealthy, and his money was in the service of advocacy and the propagation of Islam and its victory, so he did many great deeds in this place, he prepared the army of Al-Ausra, which was intending to confront the Roman army so that if they reached Tabuk they learned that Heraclius changed his opinion and decided not to fight Muslims.

Ali bin Abi Thalib RA is the cousin of the Prophet Muhammad, peace be upon him, born before the mission. He is considered one of the first people to believe the Messenger. The Prophet participated in all his conquests. Ali bin Abi Thalib was known for his asceticism, humility, love for the Messenger, his sacrifice for his sake, his generosity, and friendship.

He was born in the year 28 before the Hijrah. He married Asma bint Abi Bakr. He witnessed all the battles of the Messenger; may Allah bless him and grant him peace. Az-Zubayr ibn Al-Awam was the first to raise a sword in the face of the polytheists, he witnessed all the battles of the Prophet Muhammad SAW and he was at the forefront of the ranks in the Battle of Badr, he was carrying one of the banners of the three Mujahideen in the conquest of Mecca, and participated in the conquest of Egypt. He was one of the guards of the city during the wars of apostasy, and he witnessed the Battle of Khaybar and the Battle of Al-Khandaq. He was among those assigned by the Prophet to follow up on the Quraysh army after the end of the battle in the Battle of Uhud.

He was a precursor to Islam. The Messenger, may God bless him and grant him peace, called him by several names, including Talhah al-Khair, Talhah al-Fayyad, Saqr Uhud, and Talhah al-Joud. Talhah was killed on the day of the camel by Marwan bin Al-Hakam.

Talhah’s Islamic journey has a story, and he was once traveling for trade to the land of Bosra, and there he met a monk and told him that God will send a prophet and this prophet will come out of Mecca and that the prophets announced about this prophet, so Talhah was longing for the appearance of this prophet. And after he returned from his business, he learned that his uncle followed the Prophet Muhammad, so he said: My uncle Abu Bakr and Muhammad agree on one thing. It is sure that it is not misguidance, I know them well and I have not seen one lie from them, so do they lie against Allah?! So Talhah ibn Ubaydullah hurried to them and announced his conversion to Islam. He was one of the early adopters of Islam. He immigrated to Medina with the Muslim immigrants, and he was known for his generosity and used to spend all his wealth on Muslims and for the sake of God.

Sa'd ibn Abi Waqqas is considered the first person to shoot an arrow in defense of Islam. He converted to Islam at the age of seventeen.

Sa'd ibn Abi Waqqas had famous positions, the most important of which was steadfastness on the day of the Battle of Uhud. He did well, and it was said that on this day only two men remained around the Prophet, namely Sa'd ibn Abi Waqqas and Talhah ibn Ubaydullah, and they fought hard on his behalf. Sa'd ibn Abi Waqqas’ retirement of strife that occurred among the Companions is one of his most important and well-known stances. When some of the Companions came to him asking him to fight with them, he told them that he would not fight with them until they gave him a sword with two eyes and a tongue saying this is a believer and this is an infidel.

The Messenger SAW called him the trustee of the nation. His most prominent traits are: gentle and humility. He killed his pagan father in the Battle of Badr. Abu Ubaidah died of the plague of Emmaus.

Abu Ubaidah ibn al-Jarrah participated in the battles of Badr, Uhud and Hudaybiyah, and the Messenger of Allah SAW sent him to the company of the army of Dhat al-Khubat, and he was also sent as a governor to the people of Najran, and he was one of the princes in the Levant.

He migrated to Abyssinia and to Medina. The Prophet named him 'Abd al-Rahman ibn 'Awf instead of Abd Amr. He died in the thirty-second year of Hijrah and was buried in Al-Baqi'.

His prayers were answered. His story is famous with Arwa Bint Aws; When she complained to Marwan bin Al-Hakam and claimed that he had stolen something from her house, he said: (Oh Allah, if she is a liar, then blind her and kill her in her house), then she was blinded and then she fell into the well of her house, and died.

It was reported in the merit of Sa'īd bin Zayd that Muawiyah ordered Marwan bin Al-Hakam to take the pledge of allegiance to his son Yazid from the people of Medina for the mandate of the covenant, but he was a little slow in that, so some of them asked him about the reason for his delay, so he said: (Until Sa'īd bin Zayd comes and pledges allegiance; he is the master of the people of the country, and if He pledged allegiance, they will pledge allegiance). He RA was subjected to great harm in the cause of Allah, including the torment of Omar Ibn Al-Khattab before his conversion to Islam. where he would tie him up and torture him with great torment until he renounced his conversion to Islam. Abu Ubaidah ibn al-Jarrah appointed him as the viceroy of Damascus after he conquered it. As for his positions on the battlefields and jihad, they were firm and honorable, and Khalid ibn al-Walid indicated on the day of the Yarmouk battle that Sa'īd bin Zayd would be at the heart of the Muslim ranks, so he had the white hand in that battle.