Yogyakarta: Plan With Ease With Our Ultimate 4D3N Itinerary! 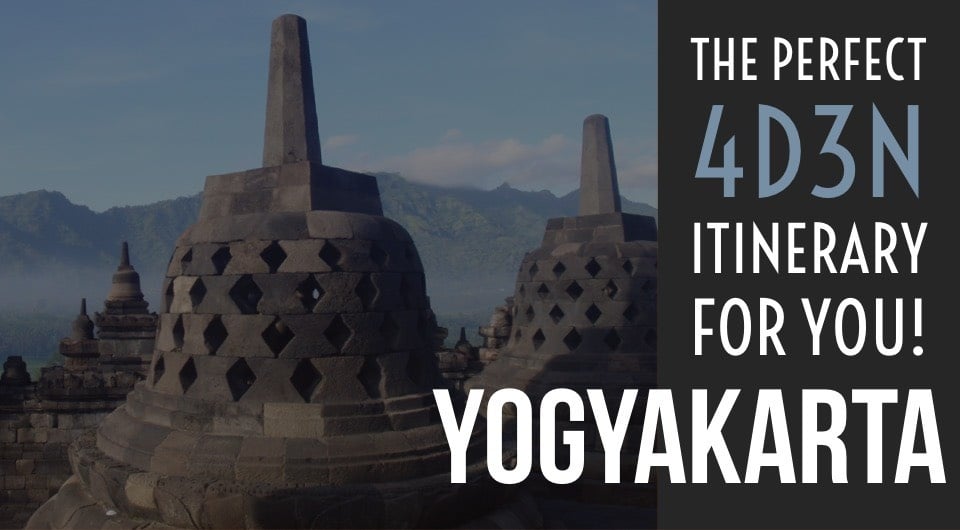 If you ask white-collar workers in Jakarta about their favorite destination for a short escape from the hustle and bustle of Indonesia’s capital city, they will mention Yogyakarta, the center of Javanese art and culture.

We have prepared a 4D3N itinerary for your travel experience at this unique city. There are plenty of attractions that tourists can visit here but we have narrowed it down to the best ones! 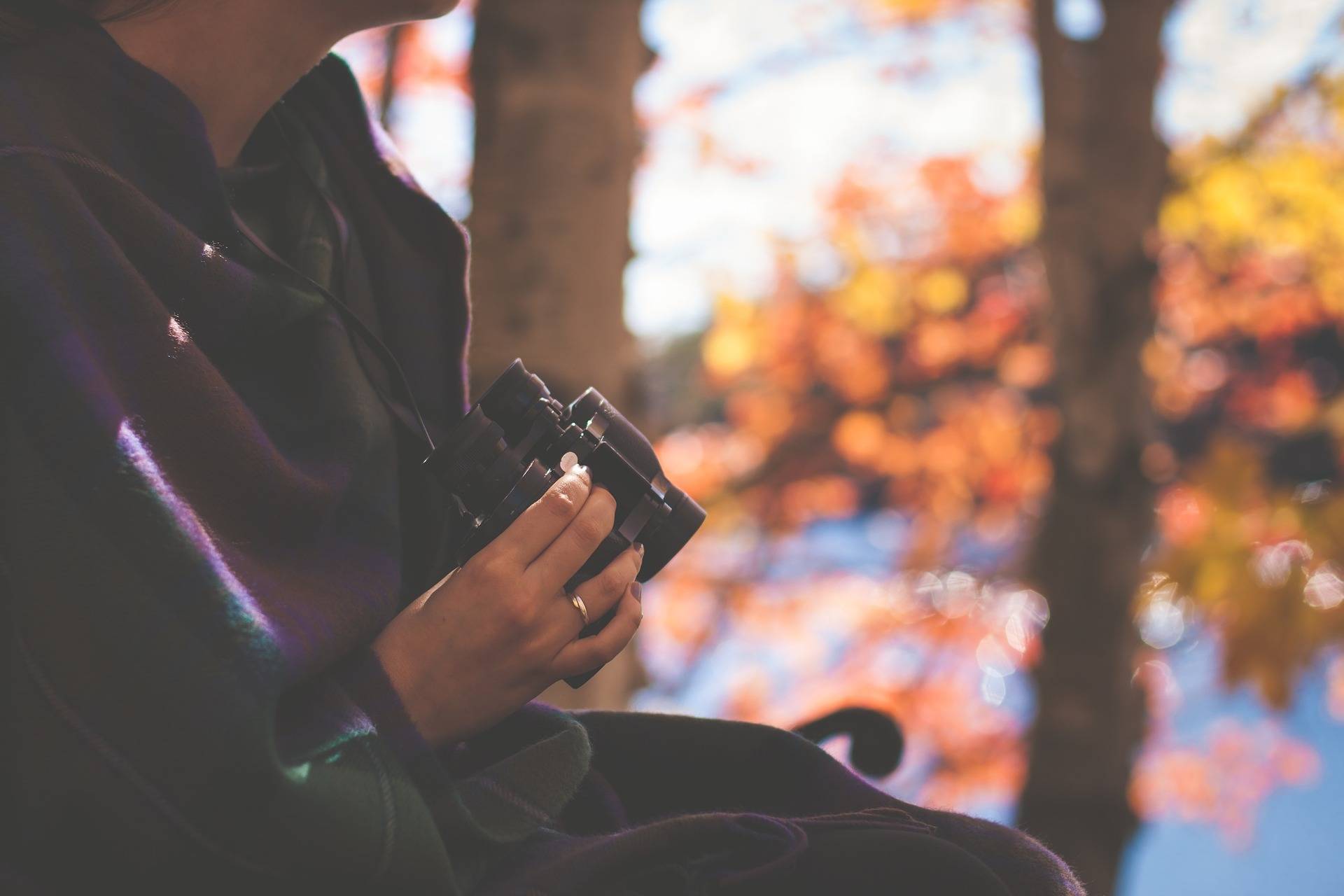 You can board a plane or take a bus or a train to reach Yogyakarta from Jakarta, depending on your budget. It will take at least 7 hours by train or bus from the capital. However, the trip will be less than 90 minutes by plane.

Once you have reached this wonderful destination, it's time for you to visit their Instagram-worthy places and fun-filled attractions. Here are the hot spots that will make your trip an unforgettable one!

Like The Kraton of Yogyakarta, Malioboro is also very popular among tourists. It is the busiest shopping street in the city where tourists like to flock to taste authentic Javanese dishes and shop for batik and unique souvenirs.

You can explore the 2-kilometer Malioboro street on foot. If you are tired, you can take becak (pedicab), bentor (a portmanteau of becak and motorcycle) and dokar (horse carriage) that you can find easily throughout the street.

The drivers are friendly and will act as your personal guides. They will explain everything they know about Yogyakarta and if asked, they will show you some tourist destinations around Malioboro that you might not want to miss.

They, for example, know the best place to find bakpia (full moon-shaped pastry filled with peanut) in Malioboro. 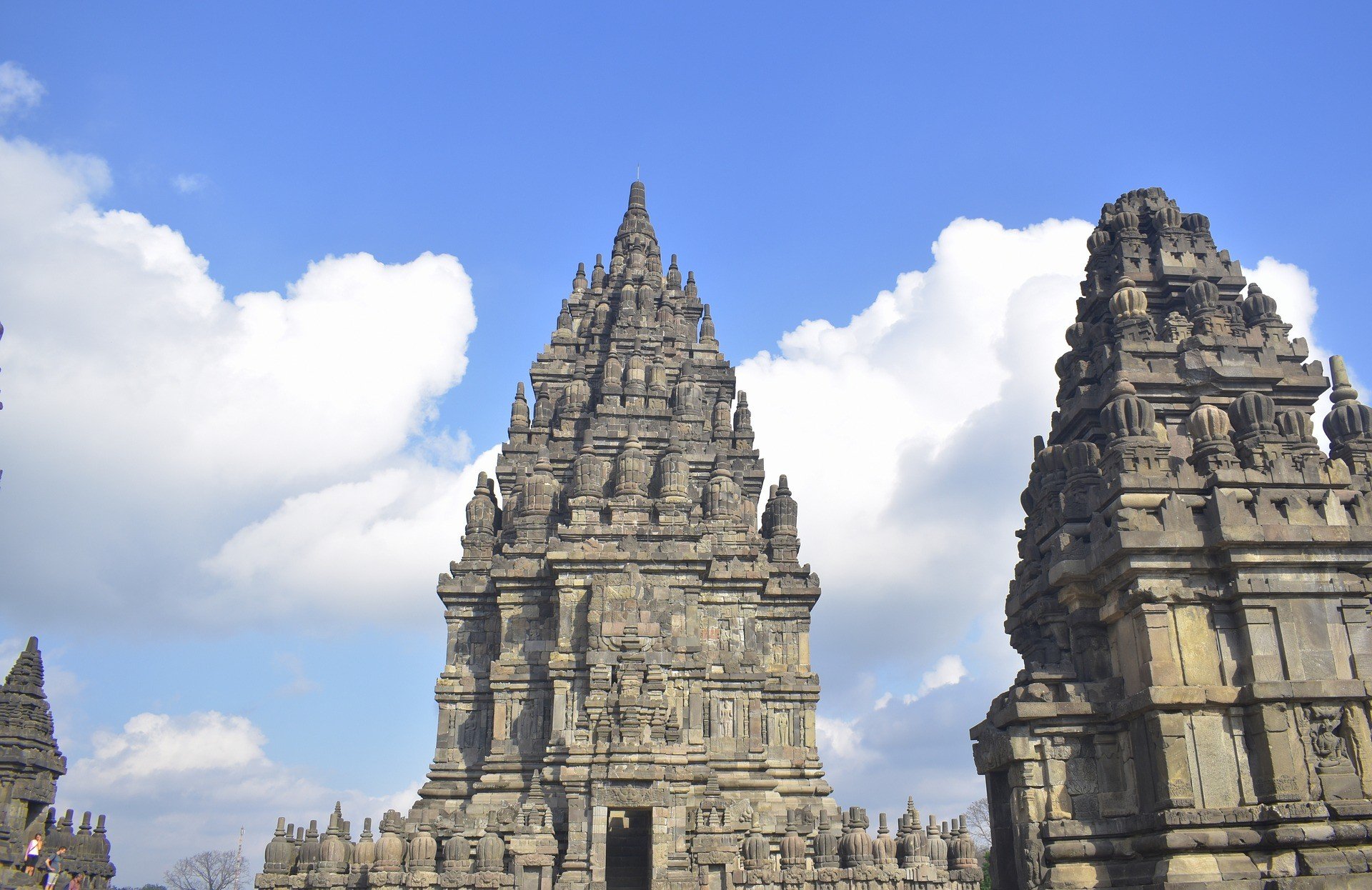 Prambanan Temple, one of UNESCO World Heritage Sites, is a 9th-century Hindu temple compound in Yogyakarta. With 47 meters in height, it's the largest Hindu temple site in Indonesia and one of the biggest in Southeast Asia.

According to historians, Prambanan was constructed around 850 CE to mark the return of the Hindu Sanjaya Dynasty to power in Central Java after the century-long domination of Buddhist Sailendra Dynasty.

For Hindu adherents in Indonesia, Prambanan is an important religious center for Hindu rituals and ceremonies, such as Nyepi (Day of Silence).

In this temple complex, you can also watch the ballet of the traditional Ramayana epic. Since the 1960s, it has been performed every full moon night. 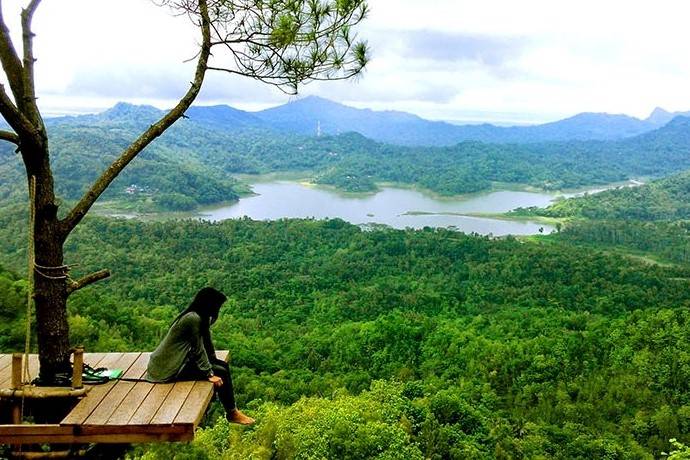 Kalibiru National Park is a beautiful park in Kulon Progo Regency, which is 41.9 kilometers from downtown Yogyakarta. To get there, I recommend you to take a taxi or rent a car.

To get a taxi or to find car rentals is easy. You can google or you can ask receptionists of the hotel you stay in. Another option is taking a hotel taxi.

It takes around 90 minutes to reach Kalibaru National Park from the downtown. This park is located in the Menoreh hills, 450 meters above sea level.

This is the perfect place if you are looking for a peaceful environment with an astonishing nature and breezy wind. In this park, you can enjoy not only a beautiful sunset but also outdoor activities, such as treetops, flying fox and trekking paths. 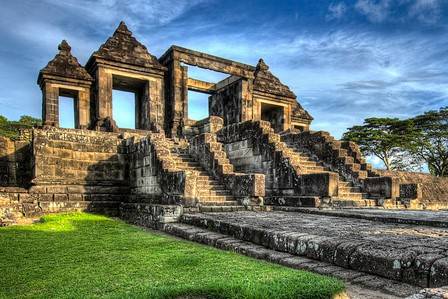 Ratu Boko Palace is about three kilometers from Prambanan temple complex, one of the most popular Hindu temples in Indonesia.

In Javanese language, Ratu Boko means “Stork King” and local people believe that the history of this palace relates to Loro Jonggrang folklore.

Older than Prambanan, Ratu Boko is an archeological site built during the Syailendra dynasty with Rakai Panangkaran as the king.

Known as Abaya Giri Vihara, Ratu Boko Palace has several rooms, which includes a 'pendopo' where king Rakai Panangkaran welcomed his guests in the past, a 'pringgitan' where the king took a rest and a 'keputren' where the king’s daughters stayed. 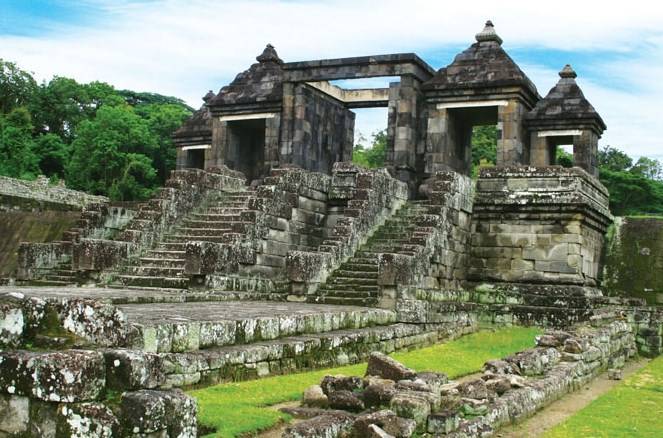 Ratu Boko Palace is so instagrammable that many people, especially brides and grooms, use it as photo shoot location.

Ratu Boko Palace is 19 kilometers from The Kraton of Yogyakarta. To get there, I recommend you to take a Trans Jogja bus and get off at Prambanan bus station. From there, you can take Grab or Gojek motorcycle taxi (ojek) to reach Ratu Boko.

The price of the Trans Jogja ticket is less than Rp 5,000. If money is not a problem for you, you can take a taxi. 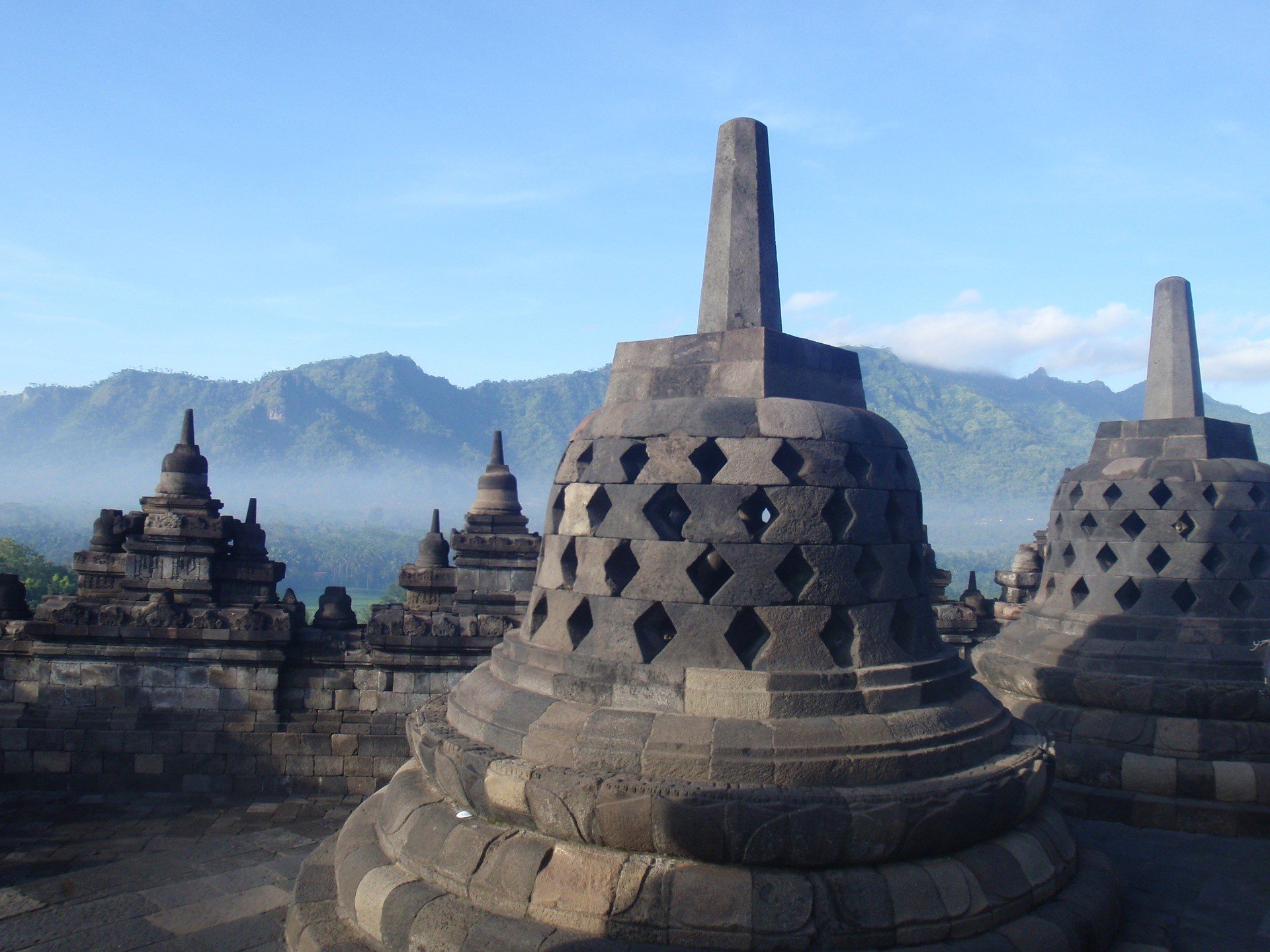 Borobudur is the world’s largest temple. This magnificient structure is actually located in Magelang, Central Java.

However, because Yogyakarta is so close to Magelang, many say that Borobudur is at Yogyakarta. Despite this debate, it has never been an issue for both parties since they all love Borobudur.

Constructed in the 9th century during the reign of the Sailendra Dynasty, Borobudur has 2,672 relief panels and 504 Buddha statues, including 72 statues surrounding the central dome.

The temple is still used as a place of worship by Buddhist people in Indonesia. People of other faiths usually visit the temple to learn its history as its reliefs tell many stories including the life of Siddhartha Gautama or Buddha.

Many believe that if you can touch the statue inside one of the stupas at the peak of Borobudur, your wish will come true. But, tourists are now forbidden from touching the stupas in a bid to protect it from being damaged. 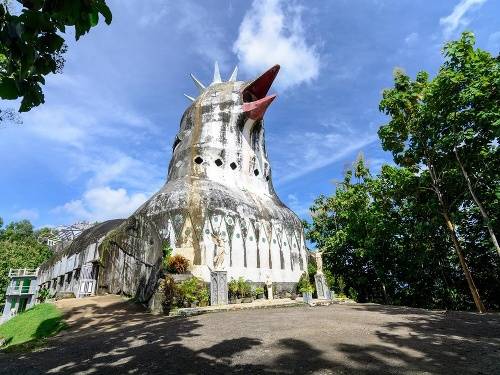 Gereja Ayam is not a church although 'gereja' translates to it in English. It is a chicken-like building established in 1992. It is located in Rhema Hill near the majestic Borobudur temple.

Located in a jungle, Gereja Ayam regained its popularity after it became one of the sets of the film Ada Apa Dengan Cinta? 2 (What’s Up with Love? 2). This place is unique because its shape looks like a giant chicken with a crown on its head.

It was established by Daniel Alamsjah in 1990 after he had a vision from God to build a ‘prayer house’ atop a hill. Hundreds of travelers and worshippers from various religions travel to Yogyakarta just to see this building. 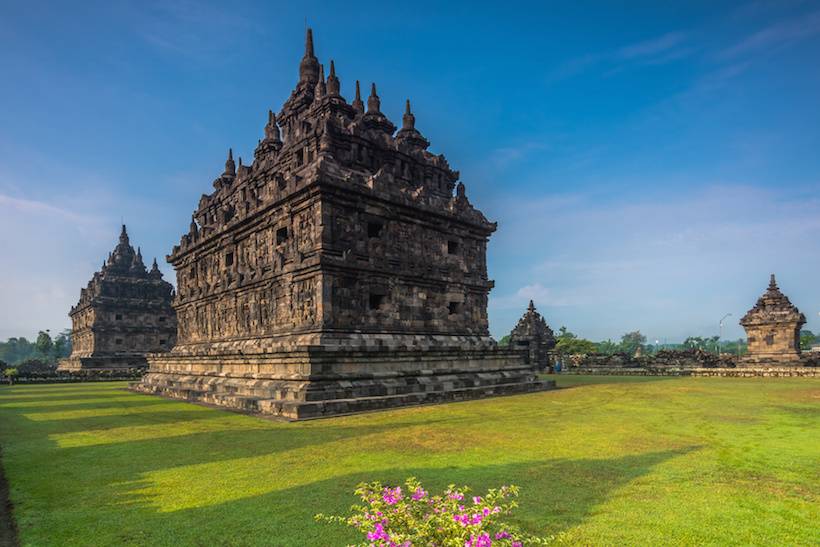 This complex has two major Buddhist temples, namely Plaosan Lor and Plaosan Kidul. The two temples are separated by a road. Plaosan Lor sits in the North, while Plaosan Kidul in the South. Both temples have guardian statue known as Dwarapala.

In the Plaosan temple complex, you can see 174 small buildings, 116 stupas and 58 shrines. Many of them have inscriptions. It is said that the temple is a gift of the sanctuary by Rakai Pikatan, the king of the Sanjaya dynasty, Medang Kingdom.

Jomblang Cave is located in Jetis Wetan village in Gunung Kidul regency in Yogyakarta. It is 40 kilometers from the downtown of Yogyakarta.

With 60 meters in depth, this vertical cave is known for its “Light of Heaven”, sunlight that mesmerizingly enters the cave through its hole. The beautiful sunlight looks like heaven-sent, hence its name.

Of course, you can experience the Light of Heaven if you have entered the cave and gone down in 40 meters with a rope and then walked around 300 meters to find the hole. To enter this cave, you have to wear a safety helmet.

The best time to enter the cave is around 10AM to 2PM. Inside the cave, you will also meet photographers who will be ready to photograph you with the Light of Heaven. 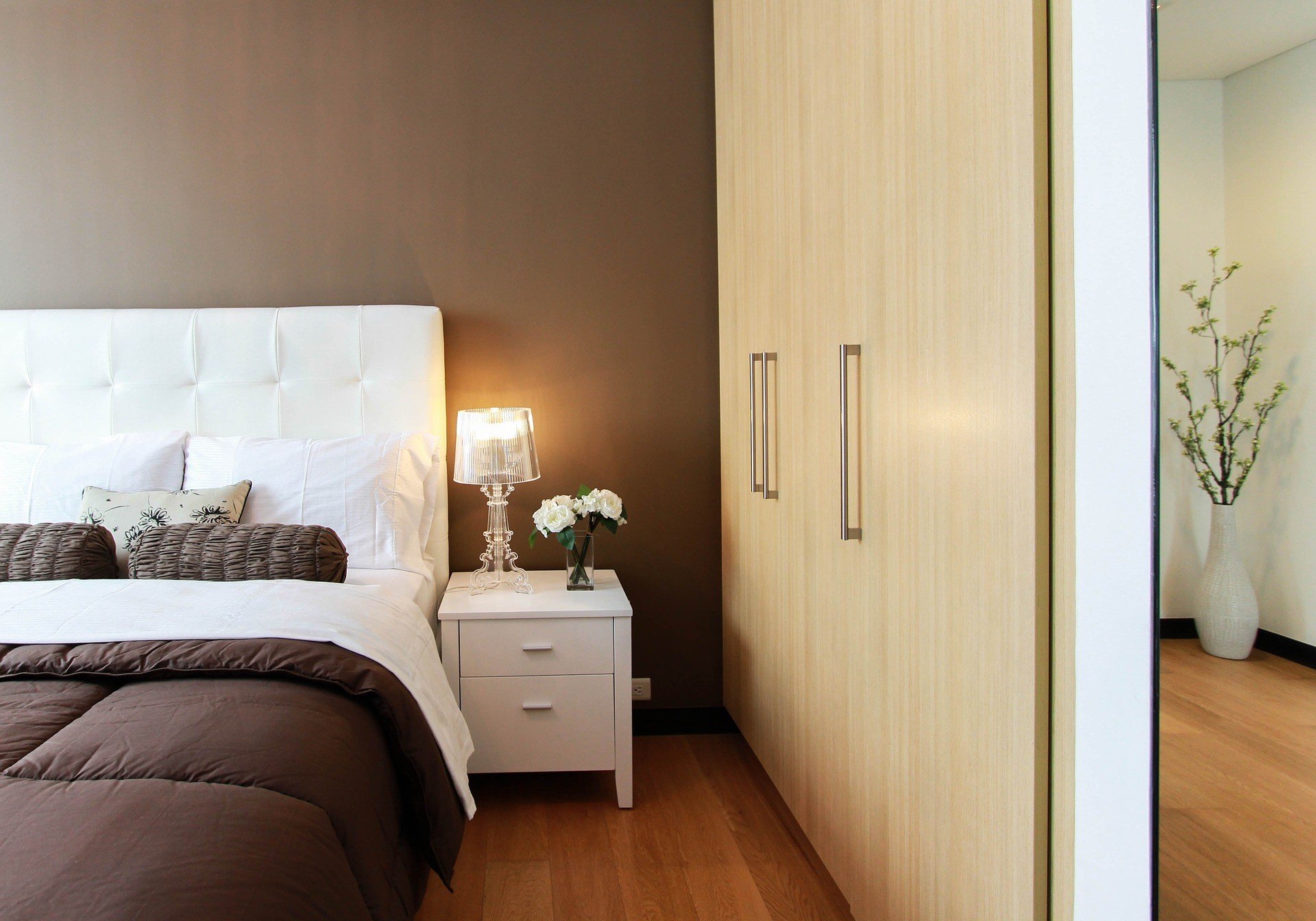 Like other big cities in Indonesia, Yogyakarta also offers various Muslim-friendly hotels. These are the three best hotels I recommend. 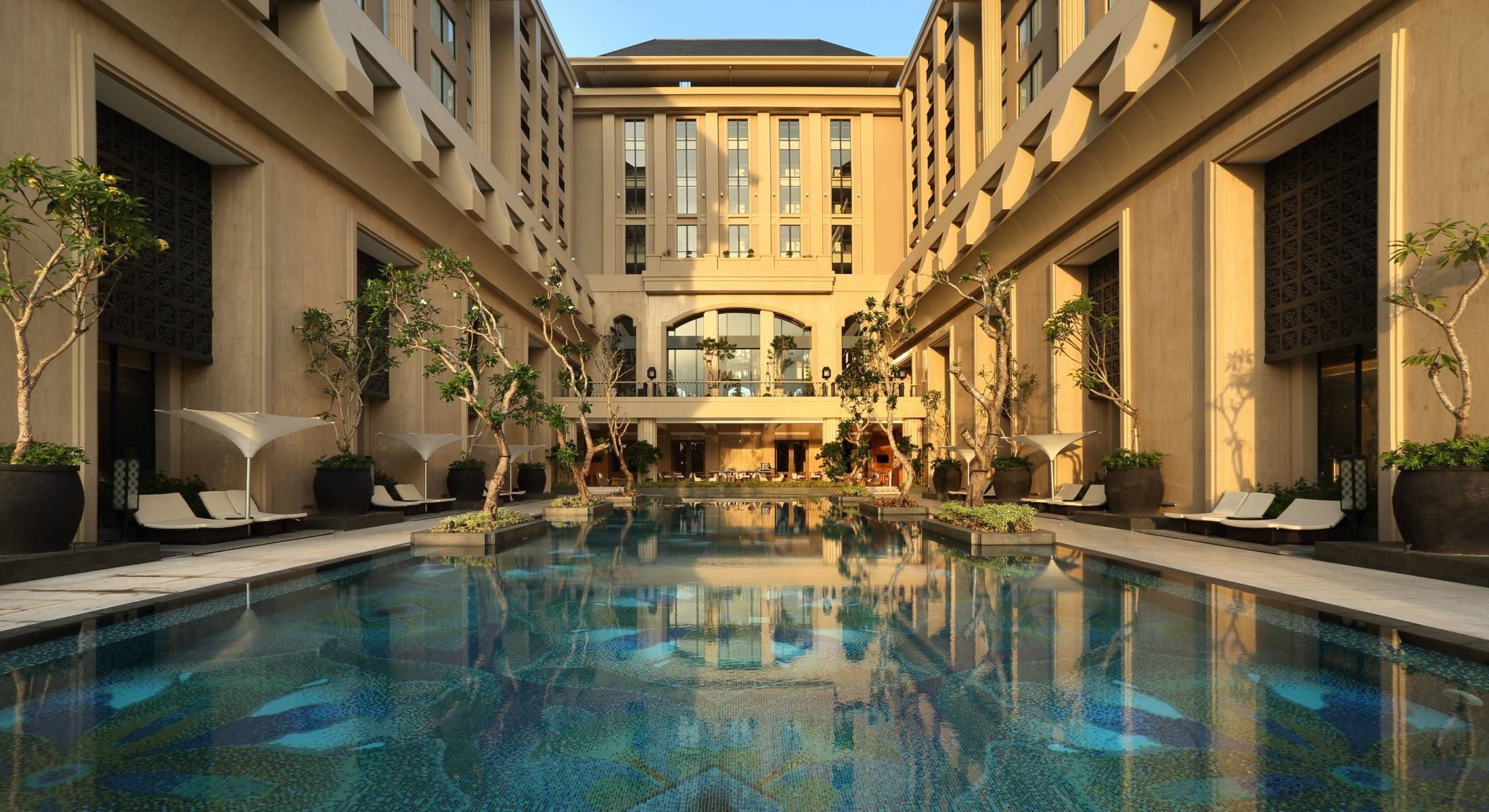 Tentrem Hotel is a five-star hotel on Jalan P. Mangkubumi. In Javanese, the word 'tentrem' means a feeling of peacefulness.

The location of this hotel is very strategic because it is only 1.78 kilometers from Tugu Station and 7.15 kilometers from the Adisucipto International Airport. It is situated near a number of tourist sites, including the historic Tugu Monument which is only 1.03 kilometers away.

Tentrem Hotel is a perfect choice if you are looking for a luxurious hotel. It provides the best spa treatment, swimming pool, an outdoor tennis court, and a fitness center. Most importantly, Qibla directions are marked in every room and you can easily travel to historic mosques nearby including Masjid Gedhe Kauman. 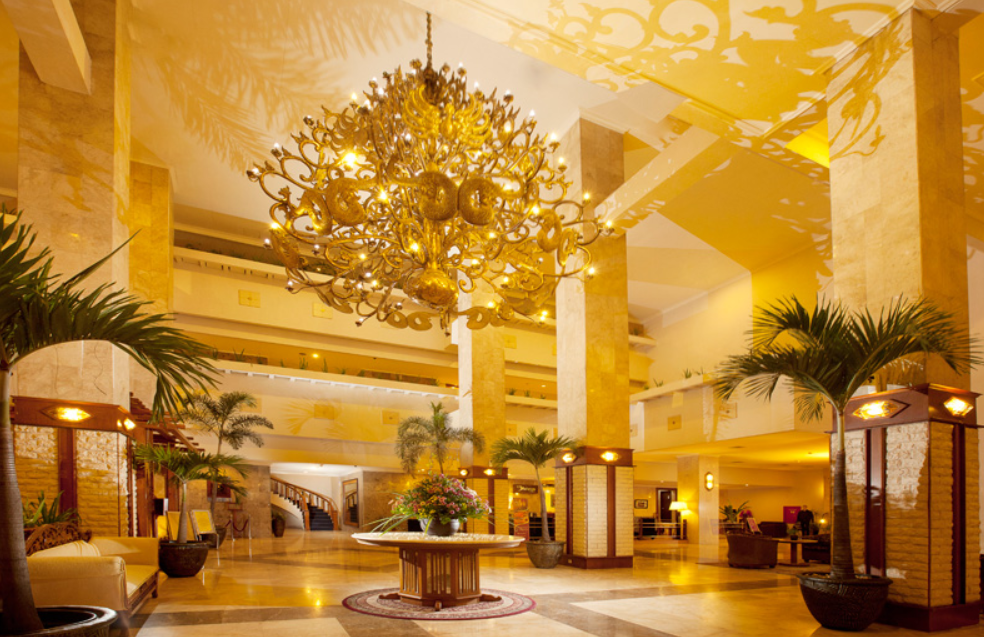 Grand Inna Malioboro is a legendary hotel in Yogyakarta. Having existed since 1908, this four-star hotel sits on Jalan Malioboro. As the name suggests, this hotel is located in the heart of Yogyakarta, within Malioboro's tourist site.

This hotel is near the popular Malioboro Mall and Beringharjo Market, where you can find any type of batik, from the traditional hand-drawn batik to mass-produced, colorful print batik.

In Malioboro, you can easily find many vendors of Gudeg, Yogyakarta’s signature dish. Gudeg is a slow-cooked jackfruit dish served with rice and krecek (spicy boiled cow skin).

The price of the room, which includes breakfast, starts at Rp 875,000 per night. 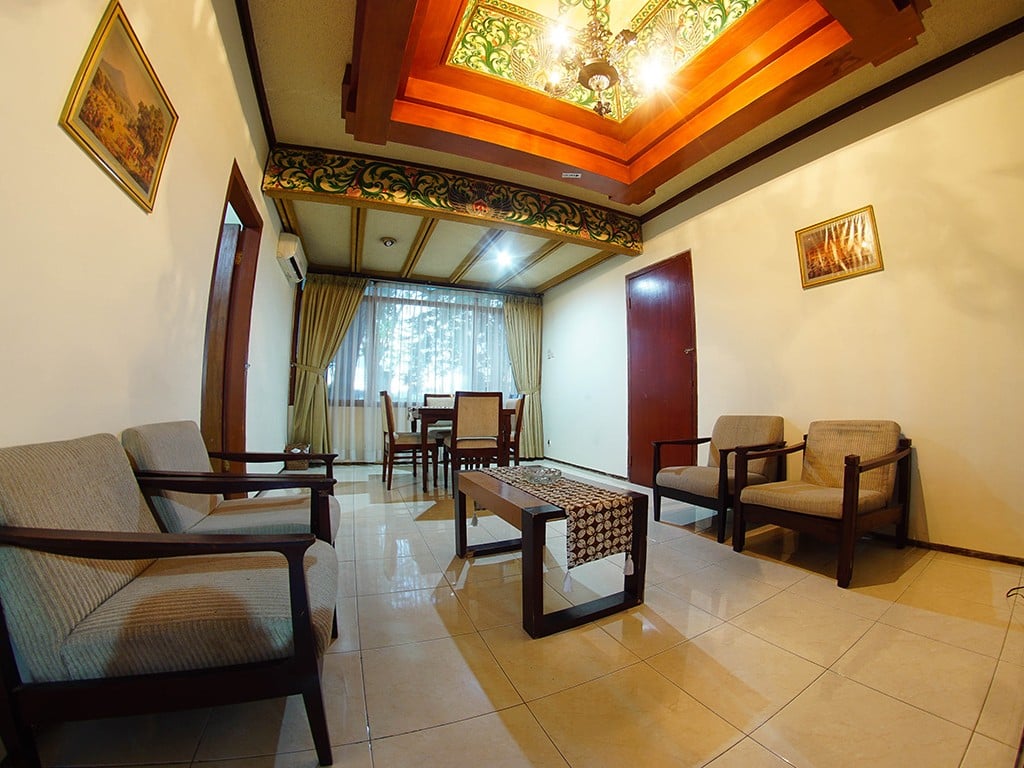 This hotel is only 3.02 kilometers from the Adisutjipto International Airport and most importantly, it is near Ambarukmo Plaza, which is the best place for shopping in Yogyakarta.

Affandi Museum stands only a couple of kilometers away from this hotel as well. This is where you can enjoy works of art by Indonesian maestro painter Affandi.

Sriwedari Hotel Yogyakarta, which also has a restaurant and 24-hour room service, is an ideal place to check into if you are looking for an affordable place to stay in Yogyakarta. Qibla directions are marked in every room.

The price of the room, which includes free breakfast, starts at Rp 350,000 per night.