5 Amazing Mosques in Brunei to Check Out

Wondering where to pray in Brunei? HalalTrip has listed a few of the top mosques in capital of Brunei, Bandar Seri Begawan, for your Muslim-friendly trip to Brunei! These include some truly beautiful Muslim prayer places in Bandar Seri Begawan that Muslim travelers simply should not miss out on – mosques featuring amazing architecture and very unique design elements. Here's our list! 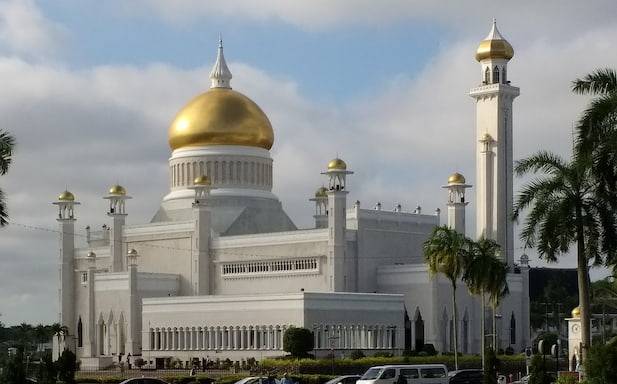 Image Credit: Mx. Granger, CC0, via Wikimedia Commons
This mosque is a must-visit! Sultan Omar Ali Saifuddin Mosque is one of the most beautiful mosques in Bandar Seri Begawan. Famed for its rich modern Islamic architectural style that is a fusion of both Mughal and Malay architecture, the mosque is a prominent historical site as well as a top tourist attraction in Brunei. Upon entering the mosque, you will find yourself surrounded by floral gardens. Also catch sight of the mosque's ornate ceremonial boat that floats on an artificial lagoon - a truly serene and beautiful sight! The exterior of the mosque consists of beautiful shining golden domes and marble minarets. The interior is just as impressive with stained glass windows, granite walls and chandeliers. 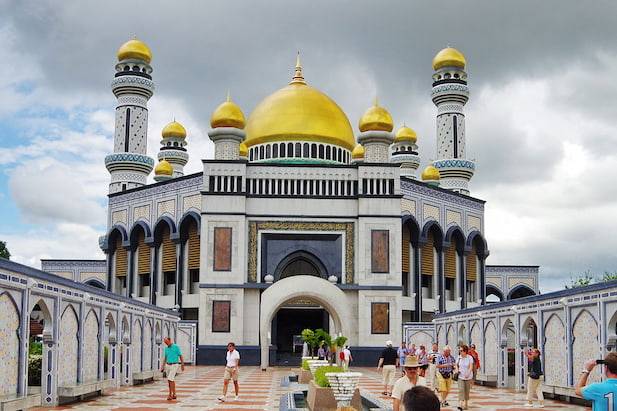 Image Credit: Balou46, CC BY-SA 3.0, via Wikimedia Commons
Brunei's largest mosque, Jame'Asr Hassanil Bolkiah Mosque, is one of the most famous mosques in Bandar Seri Begawan and features a total of 29 golden domes – to honour the 29th Sultan of Brunei. This beautiful mosque is surrounded by well-maintained gardens and fountains. The four terrazzo-tiled minarets add to the impressive exterior of the mosque. Its interior is very artistic and impressive and can hold up to 5,000 worshippers. 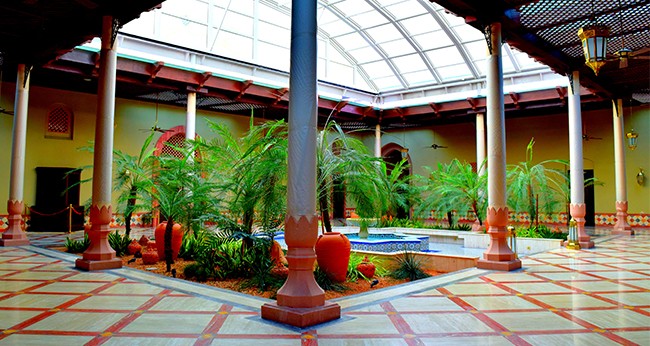 Image Credit: AfiqahAA, CC BY-SA 4.0, via Wikimedia Commons
This mosque is located by the side of the Prime Minister’s office and was designed by the renowned Egyptian architect - Abdel-Wahed El-Wakil. With its Moroccan-style architecture and turquoise domes, it is considered to be one of the most beautiful mosques in Bandar Seri Begawan. The Moroccan-style brass chandeliers with an artwork of hand-chiseled mosaic tiles, bordered with verses from the Holy Quran make-up the impressive interior of the mosque. Another beautiful feature of the mosque includes the courtyard and fountain that is designed with white Italian marble in a mosaic design. 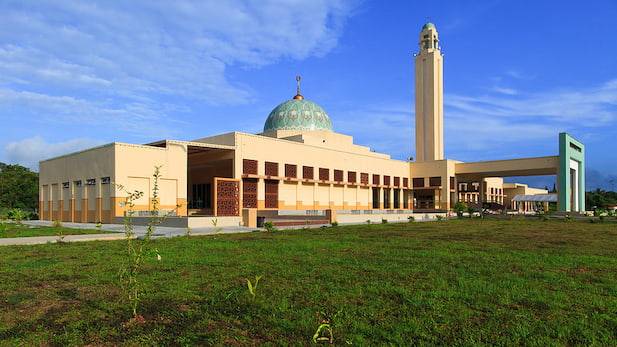 Pengiran Muda Abdul Mateen Mosque is one of the most-visited Muslim prayer places in Bandar Seri Begawan. This mosque features an interesting combination of both Malay and Islamic architecture with traditional styles. The two fountains located at each side also highlight the beauty of the mosque.

The University Mosque was built in 1992 and is also among some of the top Muslim prayer places in Bandar Seri Begawan. In addition to functioning as a place of prayer for students, the university mosque also serves as a community mosque. The interior of the mosque consists of a large spacious brightly-lit main prayer hall with a simple, modern design that can accommodate up to 1,800 worshippers. The exterior features include a beautiful entrance to the courtyard with an archway decorated in a simple Islamic architectural design and the golden-brown roof tiles look especially beautiful during mid-day.