The gorgeous Pulau (Island) Penyengat is a must-visit on your next trip to Bintan and here are our top 5 reasons why!

1) Delve into Riau’s History of the Malay Kingdom 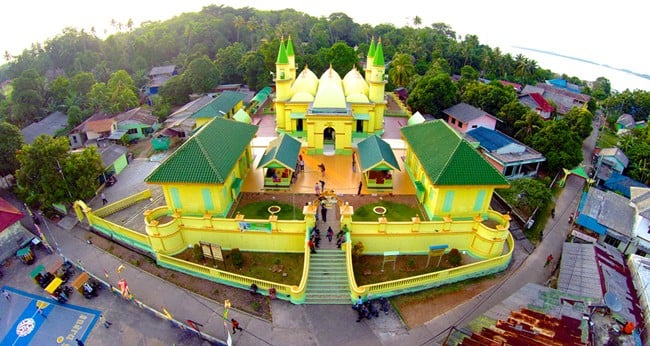 If you are a history buff or just interested in learning a bit more about the history of Bintan, you must not miss a visit to Penyengat Island. Dating all the way back to the 18th century, this tiny island is jam-packed with important historical sites that have been preserved from the Malay Riau Kingdom. Learn stories about the ancient kings and the historical significance of Penyengat Island.

2)  Take a Ride on the Pompong 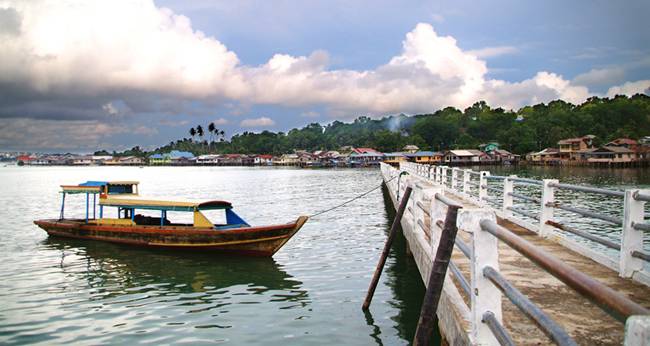 Located about 6 km from Tanjung Pinang, the best way to visit Penyengat Island is by a 10 minute boat ride. Also affectionately known as “pompong” amongst locals, the small motorized boat offers an opportunity to experience first-hand how locals commute between Penyengat island and Tanjung Pinang. The pompong typically departs when it’s full but the boat can also be rented one-way for a more private trip.  Soak in the scents and sights of the seawater and approaching colourful houses on Penyengat Island as the boat approaches the island. Among them lies the bright green and yellow hues of the island’s icon – Masjid Raya Sultan Riau.

3) Explore the Island on a Becak 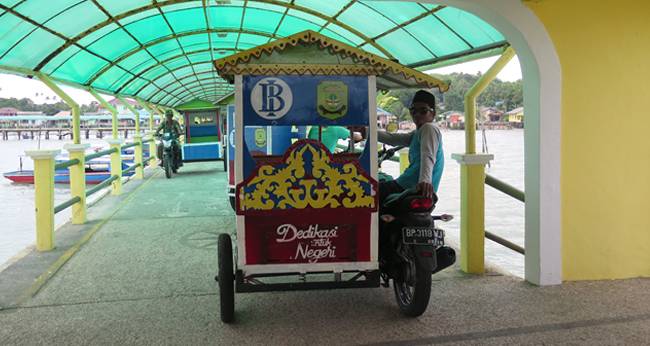 4)  Uncover the Jewel of the Island – The Grand Mosque 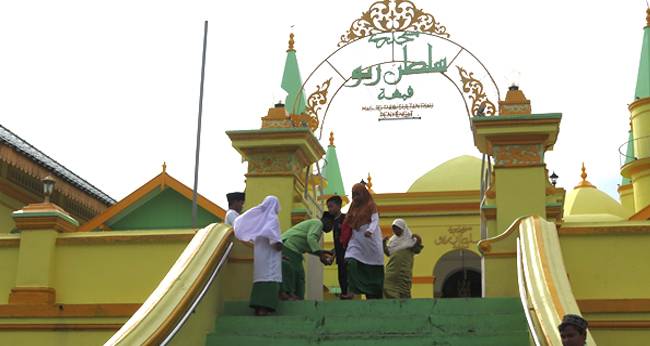 The Masjid Raya Sultan Riau Penyengat (Grand Mosque of Sultan Riau) is also commonly referred to as the ‘Jewel of the Island’. Built in the 1800s, this historical mosque is one of the oldest mosques in Bintan Island. Located near the entrance of the main prayer hall, you can find a rare handwritten Quran manuscript that is said to be over 150 years old!

Another pull factor which makes this mosque unique is its Dutch and Malay influence architecture style. Interestingly, the mosque was built using a mixture of egg whites, lime, sand and clay! The egg whites were gifts from the Sultan’s loyal subjects on the occasion of his wedding which proved to be a strong bonding agent that has supported the structure till today. 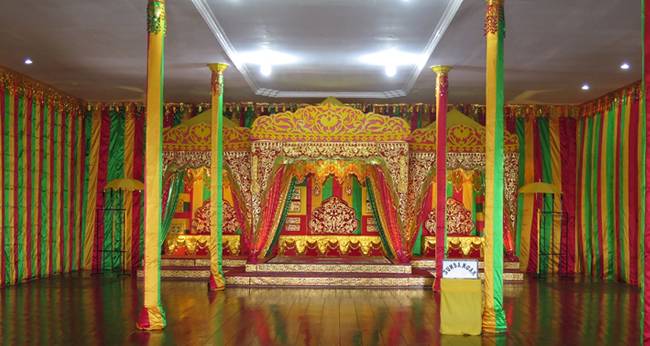 Penyengat Island and its historical sites have been nominated and are pending listing as a UNESCO World Heritage Site. Beside the iconic Masjid Raya Sultan Riau, visit Bukit Kursi Fort which used to be a defence fort. Today, there are replicas of 8 rusting cannons that stay true to its original structure. A short walk up the site will reveal a spectacular view of these canons casting their glances over the sea.

A visit to the tombs of Raja Ali Haji and Raja Ali Fisabililah – the two most important figures in Riau history – is not to be missed. Raja Ali Haji is a poet and scholar who composed the verses of Gurindam Dua Belas and standardized the Malay language as we know it today. Drop by the custom hall which is a replica of the Malay Traditional House of the past. Once inside, admire the spatial Malay custom fixtures and artefacts. Not far from there lies the tomb of Raja Ali Fisabililah – a National hero and namesake of Bintan’s airport.