Be Astounded By 6 Of Turkey's Most Impressive Architectural Beauties

Turkey is undoubtedly a popular travel destination that ties the ancient world to modern times with a fascinating history.

Among the bustling city of Istanbul and other parts of Turkey, you will find that much of the country’s architectural marvels have interesting stories behind them, mostly relating to how past rulers made their mark during their reign.

It’s quite intriguing to see the influence of different cultures through the architectural style of a building.

Turkey is famous for some of the most beautiful mosques such as the breathtaking Blue Mosque. It is also home to a long list of fascinating buildings so check out these 6 architectural beauties that will blow you away. 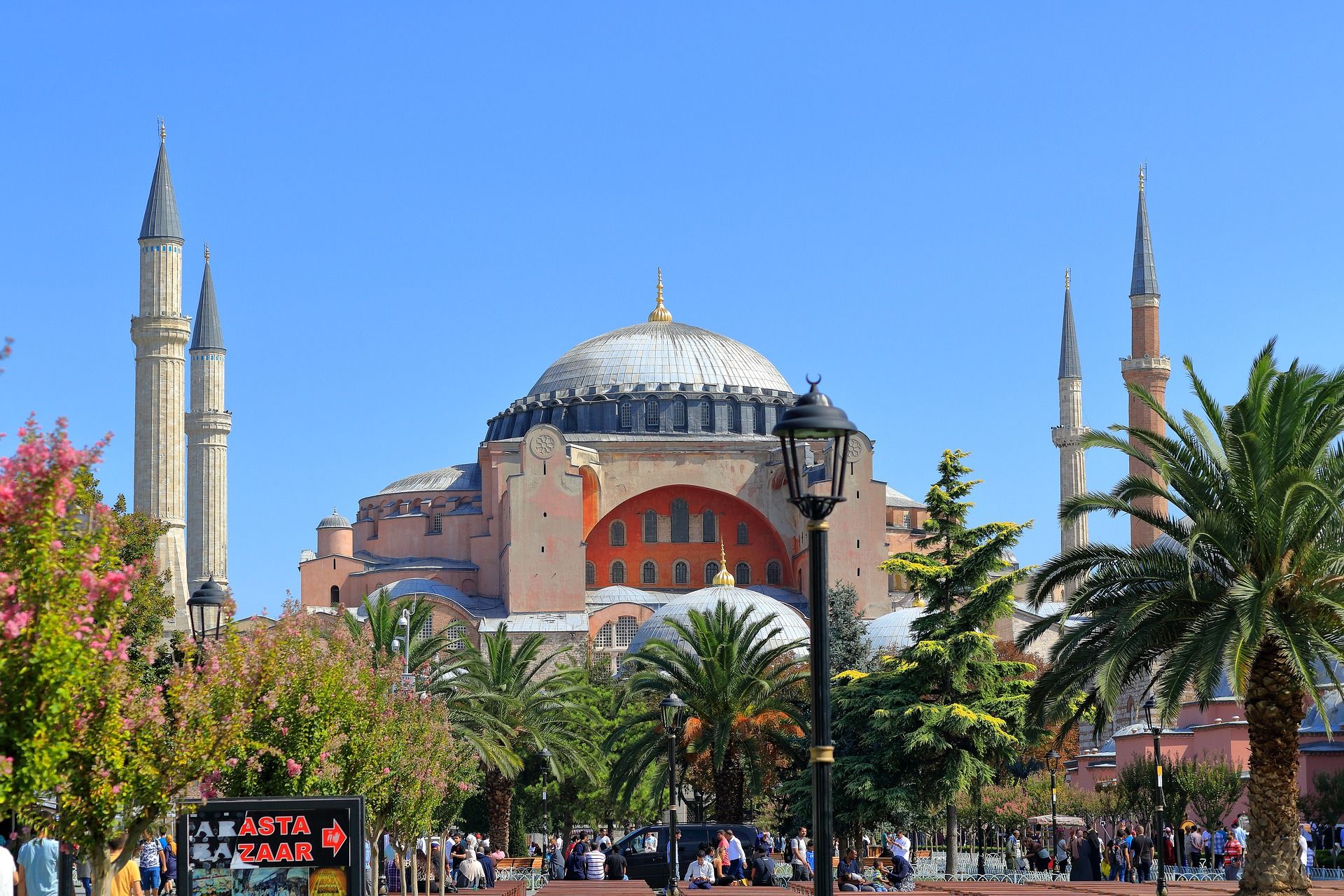 The famous Hagia Sophia was constructed in 537AD by Roman Emperor Justinian I and served as the largest cathedral during that bygone era.

The Hagia Sophia features the marvelous Byzantine architecture with a beautifully crafted dome and some of the most amazing ancient mosaics you will ever see.

The Hagia Sophia was converted to a mosque in the 15th century by the Ottomans who conquered Constantinople. The minarets were added to the structure during this period and the panes of Islamic calligraphy are jaw-dropping.

Finally, the Hagia Sophia was converted into a museum in 1935 and is now an attraction in Istanbul you simply cannot miss.

You can easily travel to the Hagia Sophia by hopping onto the Metro that will take you to Sultanahmet Station which is a short walking distance from the building. 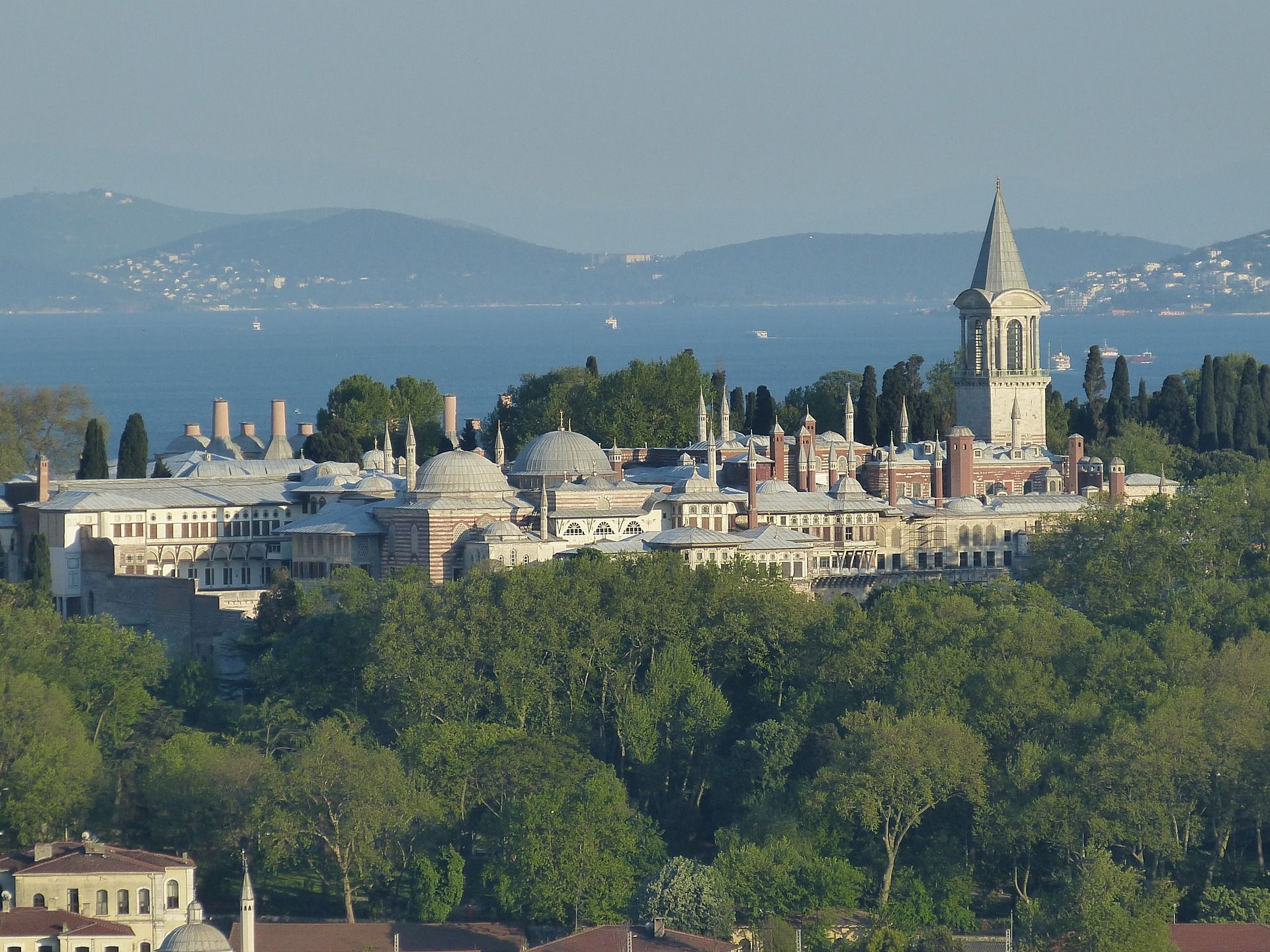 You will feel like walking through portal into the Ottoman era when you step through the gold, ornate courtyard entrance at the Topkapi Palace which was once home to the sultans and their families.

This magnificent palace was commissioned by Mehmed the Conqueror and was constructed between 1460 and 1478.

You can get a glimpse of the past from the intricately painted walls of the Harem section and The Throne Room. The Hagia Irene, a cathedral that became an armoury, is within the premises too.

The Tokapi Palace stands as a museum today, which you can explore through guided tours. A simple way to get there is by taking the Metro or Tram to Sultanahmet Station and then take a short walk to the Topkapi Palace. 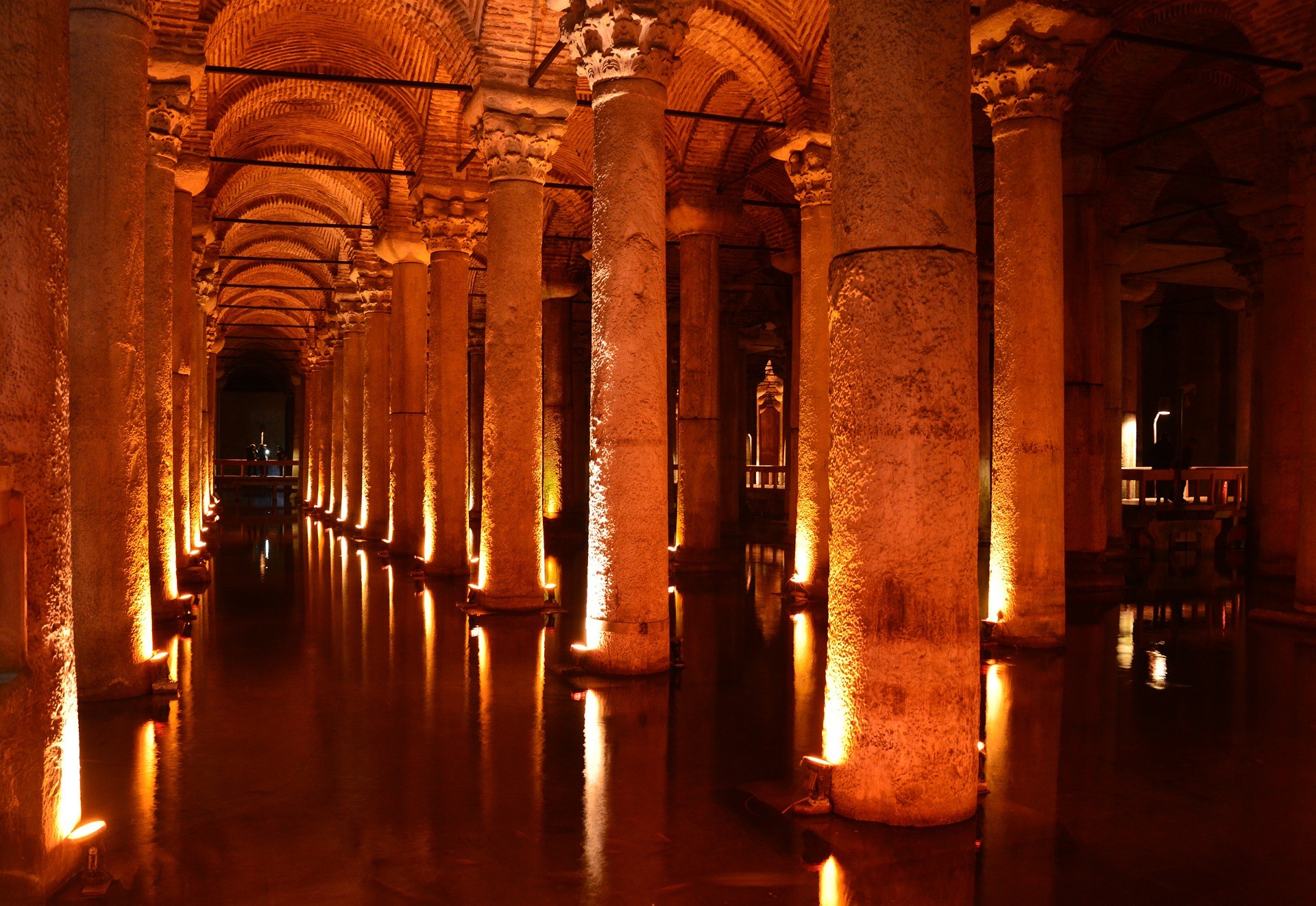 The Basilica Cistern was once the largest cistern that supplied water from Belgrade Forest to the entire city.

The underground cistern was built in the 6th century during the reign of Byzantine emperor Justinian I, and is supported by 336 columns which are highlighted with warm lighting today.

The most popular attraction at the Basilica Cistern is the Medusa pillars that are carved with the stone heads of the Gorgon, Medusa. The water level is quite low but very fresh. There are still fishes swimming in the waters today. 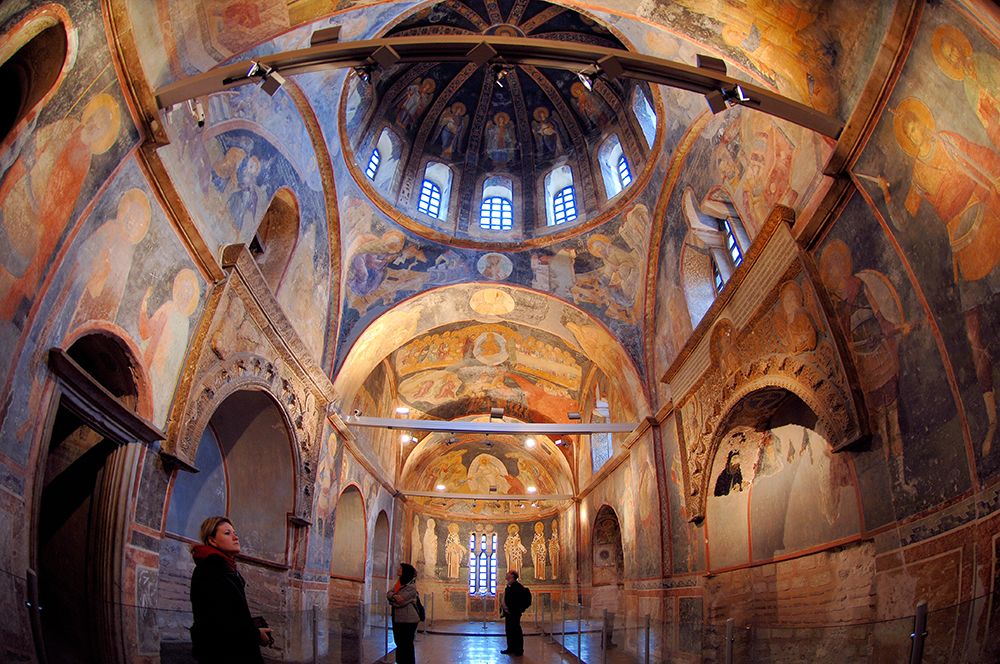 With Byzantine architecture and shimmering mosaics, the Kariye Museum is located a bit further from the city of Istanbul but is worth visiting if you want to see experience something unique.

The museum is still known as the Chora Church by many as it was originally a church before it was converted into a mosque in the 16th century. It only became a museum in 1948.

The painted walls and impressive ancient artwork that depicts Biblical stories will make you feel as though you are travelling back in time.

Look out for the magnificent domes which are inlaid with artwork and ornate gold touches as well. To get to the Kariye Museum, take a bus from Eminonu and get off at the Edirnekapi stop. You can easily reach the church within a five-minute walk. 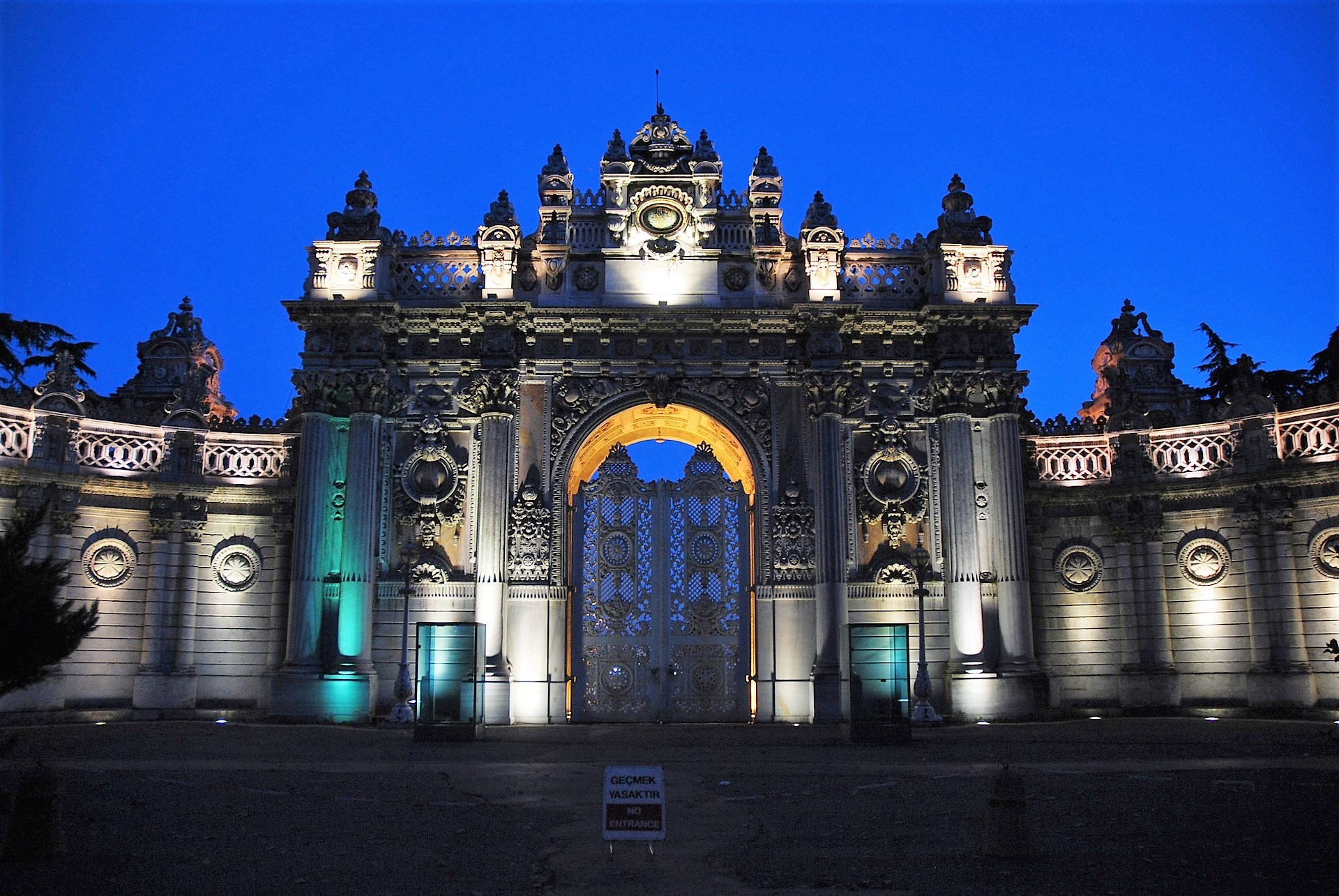 This spacious building is located on the shores of the Bosphorus Strait and was built in 1854 by Sultan Abdülmecid.

This palace is recognised as one the most opulent buildings in the world with 285 rooms, and features an interesting blend of Ottoman and European architecture.

You will be amazed by the decorative marble entrance and the gorgeous garden decorated with ornamental fountains.

Don't miss the luxurious interior, highlighted by massive crystal chandeliers in the ceremonial hall, which was said to be a gift from Queen Victoria.

To get there, you can take a tram to Kabatas from Sultanahmet Square, and then reach the palace within a ten-minute walk. You can also take a bus from Besiktas or Taksim and get down right in front of the building. 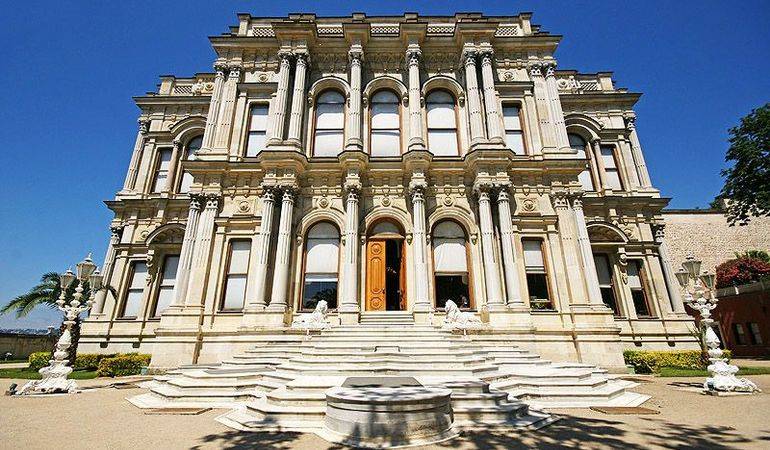 The Beylerbeyi Palace was commissioned by Sultan Abdülaziz. This palace, which is located on the Bosphorus coast, used to be the lavish summer residence of the Ottoman sultans and consists of 24 rooms and 6 halls which included a hamam.

You will first notice the palace’s impressive white marble exterior with lion statues at the entrance. The interior is just as impressive with intricately decorated ceilings, marble columns and Bohemian crystal chandeliers. There is a marble pool and fountain in the reception hall as well.

To get to the palace, you can take a bus on the Kadikoy-Beykoz line and get down at the Beylerbeyi bus stop. Alternatively, you can take a ferry from Eminou, Besiktas or Karakoy to reach Kadikoy or Usukdar.