7 of the World's Most Colorful Beaches 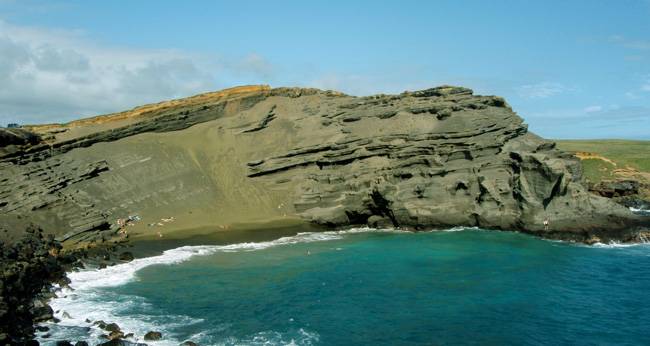 Located on the southern tip of Hawaii's Big Island, Papakōlea pretty Beach is more commonly referred to as Green Sand Beach. And for good reason. The sand here is made of tiny olivine crystals from the surrounding lava rocks. The density of the olivine crystals keeps them from being washed away by the tide, resulting in a striking olive-green accumulation along the coastline. 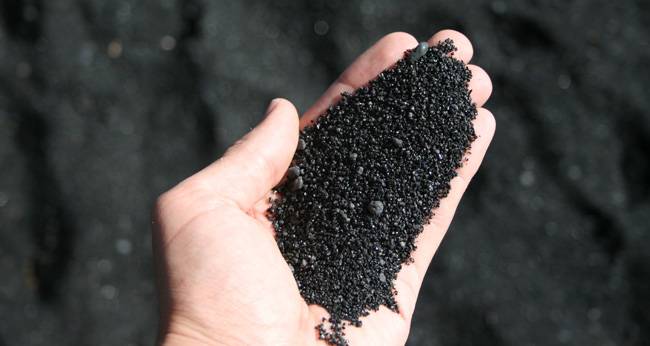 Black sand exotic beaches are typically a result of an island's explosive volcanic past the rich color is a result of a mixture of iron, titanium, and several other volcanic materials. Hike up the scenic trail at the southern end of the beach to; two viewing platforms for great ocean views and a peek at the birds in their natural habitat. 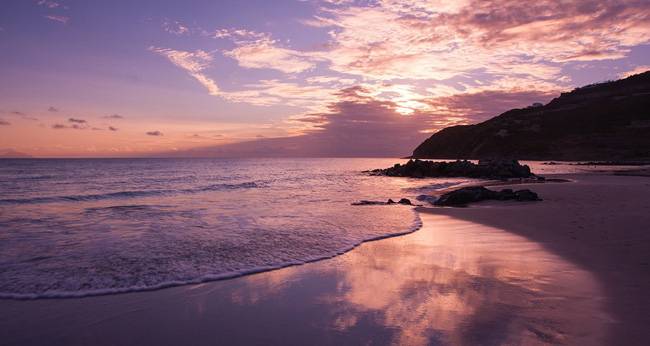 The three-and-a half-mile-long stretch gets its hue from thousands of broken coral pieces, shells, and calcium carbonate materials left behind by foraminifera (tiny marine creatures with red and pink shells) that live in the coral reefs that surround this amazing beach. 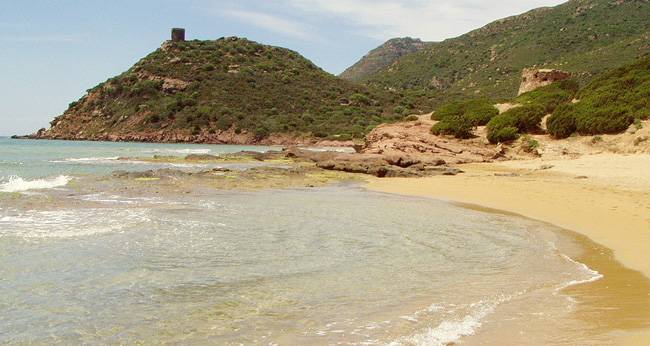 Italy's island of Sardinia is home to Porto Ferro a quarter-mile stretch of orange-colored sand thanks to a unique mixture of the area's native orange limestone, crushed shells, and other volcanic deposits. The area is known for its scenic bike and hiking paths, and three Spanish lookout towers Torre Negra, Torre Bianca, and Torre de Bantine Sale that date back to the 1600s. Boating is the best way to explore this pristine area of Sardinia, which is also a popular spot for diving, surfing, and windsurfing. 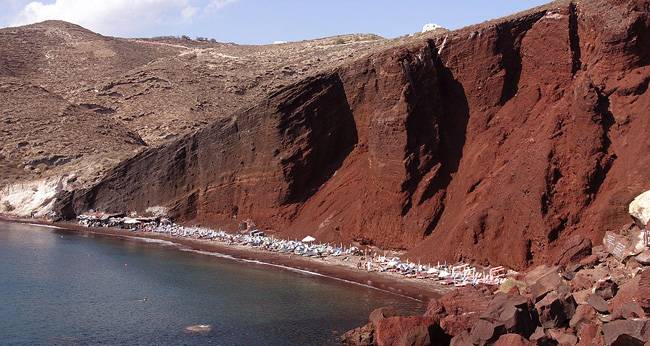 Santorini's Red pretty Beach is set at the base of giant red cliffs that rise high over crystal-blue Mediterranean waters. The colorful red sand is a result of the surrounding iron-rich black and red lava rocks and shaped by the impressive volcano that erupted and essentially shaped Santorini in 1450 B.C. Nowadays, the beach is popular with sunbathers, though you'll want to rent beach chairs to avoid sitting directly on the coarse sand. 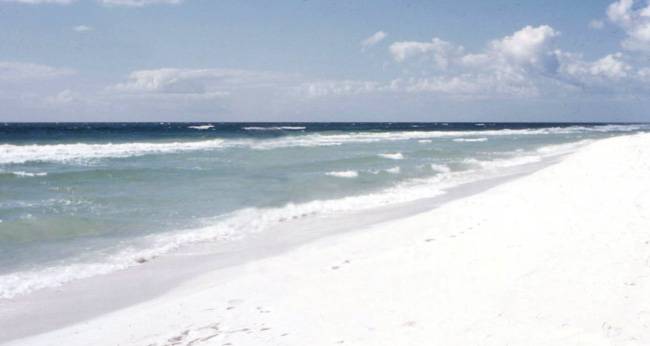 Many Beaches boast that they have white-sand beaches, but it doesn't get much whiter than Crescent Beach, located on Siesta Key, a barrier island just off the coast of Sarasota, FL is one of the famous beaches in the world. The sand here is 99 percent pure quartz, which has traveled down Florida's rivers from the Appalachian Mountains. The best part about this sand's fine texture: Not only does it feel like you're walking through powdered sugar, but because of its unique quartz makeup, it will never heat up no matter how hot the Florida sun beats down. You'll also find coral and other diverse rock formations at the southern end of the beach at Point of Rocks that make this a great area for diving and snorkeling. 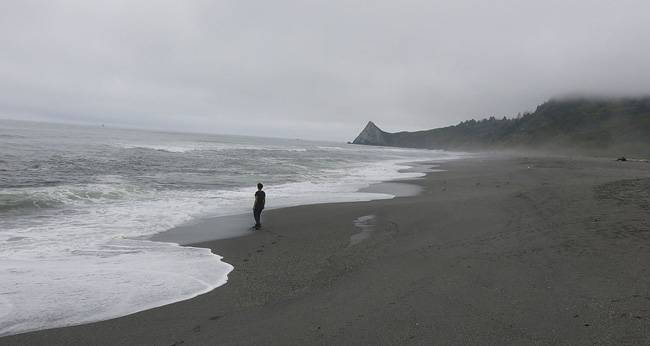 it’s worth the trip to see the gray-colored sand, the result of years of erosion of the nearby gray-shale cliffs along the shore of this beautiful beach. The area is also known for its scenic coastal drives, hikes, and an abundant source of wildlife at the nearby King Range National Conservation Area, home to sea lions, bald eagles, and Roosevelt Elk.