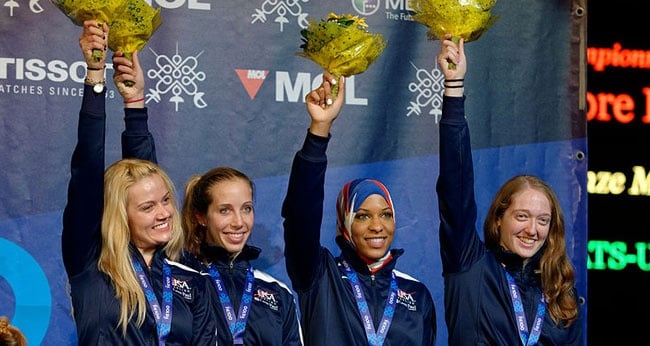 The prospect of being selected for the Olympic Games is a dream of the majority of athletes. Enormous reserves of willpower and many years of dedicated training are required to achieve such an enormous goal. The athletes that do qualify for the Games can consider themselves as being among the world’s best - Olympians, whether or not they win a medal.

Taking part in the Olympics is what matters to the majority of competitors: having the honour of representing their country and marching behind their flag at the Opening Ceremony, mixing with elite athletes, and having the opportunity to show the world their best.

Those traveling to Rio for the Olympics can be assured to see the world’s best athletes from around the world in action. Everybody will want to watch Usain Bolt and Michael Phelps attempt to cement their places in history at the Rio 2016 Olympic Games, but who are the up-and-coming athletes who could step into the shoes of their idols on the biggest stage of all? Here are some athletes you may want to watch out for!

Even though the Summer Olympics 2016 are still months away, Ibtihaj Muhammad already has made history. She took bronze in the Women’s Sabre World Cup, and in doing so earned enough Olympic qualifying points to represent the U.S. fencing team in the Rio games this summer. She will be the first Muslim American to compete at the Olympics in a hijab.

Aged just 19, Kirani James won Grenada’s first ever Olympic medal when he claimed gold in the men’s 400m at London 2012. Four years on, he is determined to hold onto his crown at the Rio Olympics 2016.

Jaheel Hyde decided to focus on athletics and in 2015 he was richly rewarded; winning gold in the 400m hurdles at the junior world championships, and then posting a stunning world youth record of 12.96 on his way to 110m gold at the Youth Olympic Games in Nanjing. The 18-year-old now has his sights set on glory at the Rio Olympics 2016.

Diver, Si Yajie stunned her rivals by winning the 10m platform title at the 2013 World Championships, at just 14 years old. The following year she won gold in the same event at the Asian Games, and she will be a major contender in her first Olympic Games this year.

Matheus Santana; having already taken silver in the 50m freestyle at last year’s Youth Olympic Games in Nanjing and at this year’s Brazil Olympics 2016, could be one of the host nation’s star performers, especially if he leads Brazil to glory in the 4x100m freestyle.

Ami Kondo thrilled the crowds at the 2014 World Championships with a series of dazzling performances on her way to the 48kg title. Two months later, Kondo won the same weight category at the Junior World Championships, where she looked a class apart from her peers.

The 16-year-old was one of the stars of last year’s Youth Olympic Games in Nanjing, winning three gold medals (floor, vault and all-around) and two bronzes (parallel bars and horizontal bar).

Niek Kimmann, the flying Dutchman, won gold medals at the World and European Junior Championships, and this year won his first elite men’s title, topping the podium, making him a sure threat to the more established names in the Summer Olympics 2016.