A Culinary Journey Around India 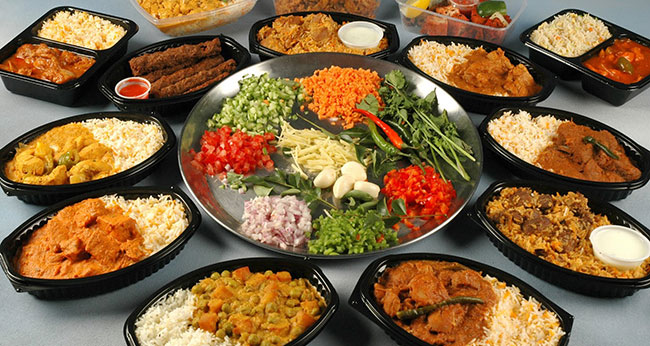 Loved world-over for its rich spices, flavour and aromas, Indian cuisine encompasses a wide range of regional dishes that are native to the country. India's food is a true reflection of its culture and tradition, bearing influences of the country's 5,000-year history of various groups and cultures. This article provides a look at popular dishes across the country and how they differ across regions.

A prominent and popular component of Indian cuisine is Tandoori Chicken. The dish features roasted chicken – typically prepared in a clay oven known as a tandoor – marinated with yoghurt, spices and chilis. The colour of the chilis and turmeric give the dish its bright fiery red hue that it is known for, while cooking it over charcoal or wood gives the dish its distinct smoky flavour. Tandoori Chicken is now a dish savoured not only in India, but around the world – particularly in South Asia, the Middle East and Western countries.

Alu Gobi is another popular dish that has many variations but typically comprises cauliflowers and potatoes cooked with a range of Indian spices. The turmeric used in the dish gives it a bright yellow colour while other ingredients in the dish such as curry leaves, cumin, garlic and ginger produce a myriad of flavours and aromas that are truly a delight for the senses.

A popular vegetarian North Indian dish, Palak Paneer is a spinach-based dish that can be eaten with bread, roti, naan or rice. The dish comprises a thick spinach sauce made with puréed spinach and a type of fresh, moist cheese known as paneer, seasoned with a rage of spices, garlic and garam masala.

Biryani is one of the most-loved dishes across South Asia – featuring mixed rice, meat/vegetables and spices. There are many variations of the dish across the continent and it also differs greatly based on the ingredients used – particularly the type of meat. Several variations of biryani exist within India itself and include Hyderabadi biryani, Bombay biryani, Lucknowi biryani, Thalassery biryani, Calcutta biryani and so on.

Chapatis, dosa and idli are other staple components of Indian cuisine. Every Indian dish brings out an intensely distinct flavour and texture that have captivated many around the world over the years.