A Glimpse Of Ancient Korea: 6 Best Things To Do in Bukchon Hanok Village

When traveling to Seoul, Korea, K-drama lovers wouldn’t want to miss the opportunity to live out your K-drama dreams in Bukchon Hanok Village. In fact, different parts of the area become filming locations of many K-drama as well as Sageuk (Korean historical drama TV series) such as Moon Embracing the Sun and Jewel in the Palace. Even if you are not a fan of K-drama, this ancient village will still mesmerize you with its charm and beauty.

The name “Bukchon” literally translates to “northern village,”. This residential area was established 600 years ago during the Joseon Dynasty (1392–1897). Situated in close proximity to Gyeongbokgung Palace and Changgyeonggung Palace, the area was built as the residential quarter of high-ranking government officials and nobility along with their families. Later on, due to societal changes, the place was occupied by commoners and many of the houses were torn down and left to decay. South Korean government fortunately made conservation efforts to preserve this cultural heritage and protect the area’s remaining houses.

In recent times, as Hallyu (Korean wave: an increase of global popularity of South Korean culture) spread wider across the world and more people take interests in Korean culture, Bukchon Hanok Village gains more popularity among tourists; hence a number of fine dining restaurants, cafés, tea houses, craft workshops, cozy guesthouses, interesting art galleries, and upscale boutiques were opened throughout the area, many of which are housed in renovated hanoks.

6 Best Things To Do in Bukchon Hanok Village

Stroll around the village (and take lots of pictures), in a Hanbok! 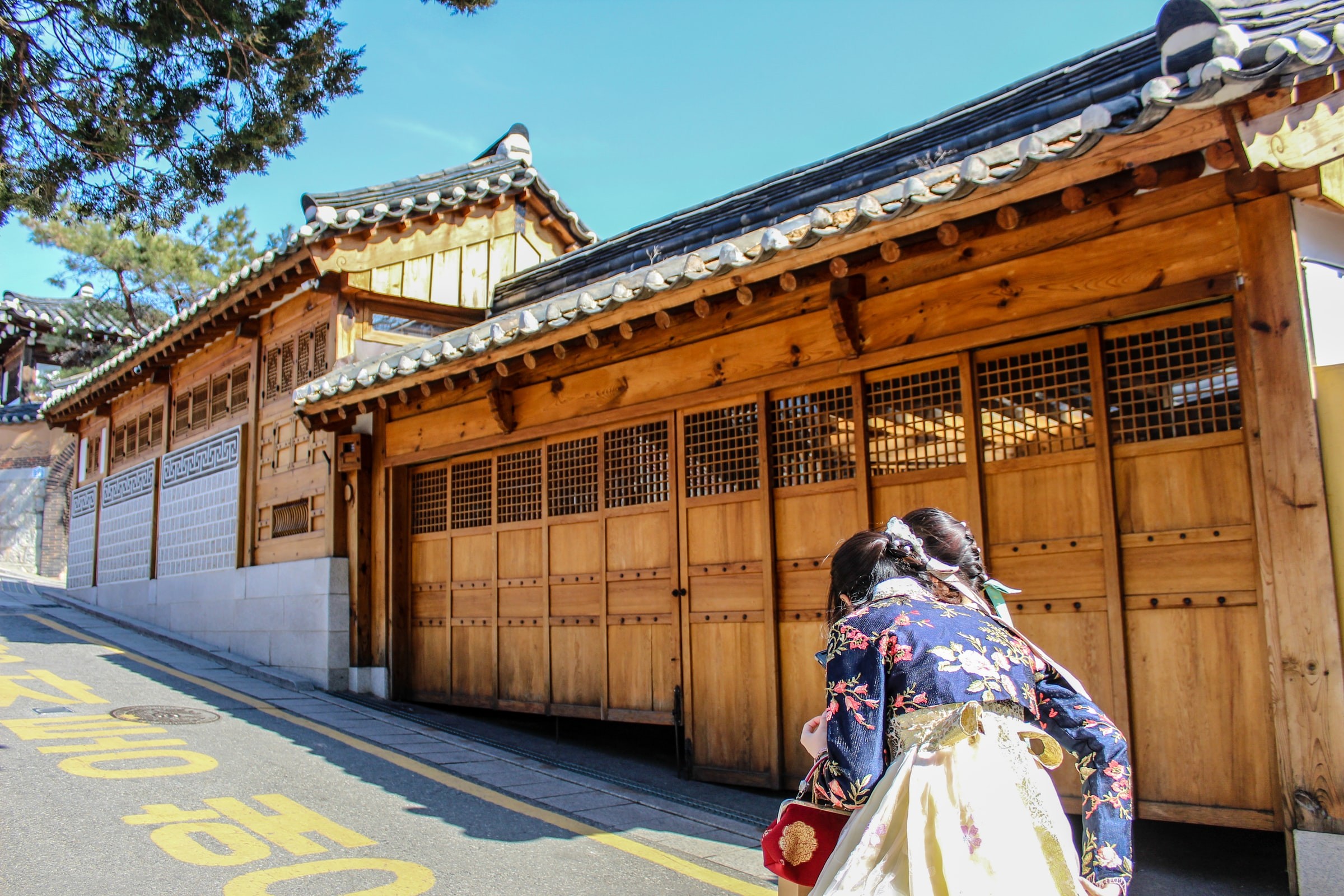 The real charm of the village does not lie only in the architectural design of hanoks, but also in its tiny alleys where you can see locals living out their ordinary lives: housewives hanging their laundry and set out hot peppers to dry in the sun, children playing hide and seek peeking around the corners of the narrow streets while the elderly watching on and conversing among themselves.

With such a lively background, it would become such a perfect place to strike poses and snap lots of pictures to be posted on your social media or just for your keepsake. Furthermore, you can do it wearing Bukchon Hanok hanbok (Korean traditional clothing) which you can rent starting from KRW 7,000 per person.

FYI: There is no such thing as Bukchon Hanok Village opening hours, but please be mindful of local residents living thereby coming in normal working hours (not before people wake up nor after sleeping hours), not getting inside a house without a clear sign of visitor allowance, and lowering your voices when you stroll around the village.

Bukchon Hanok Village entrance fee: FREE (there may be fees for the various experiences in the area). 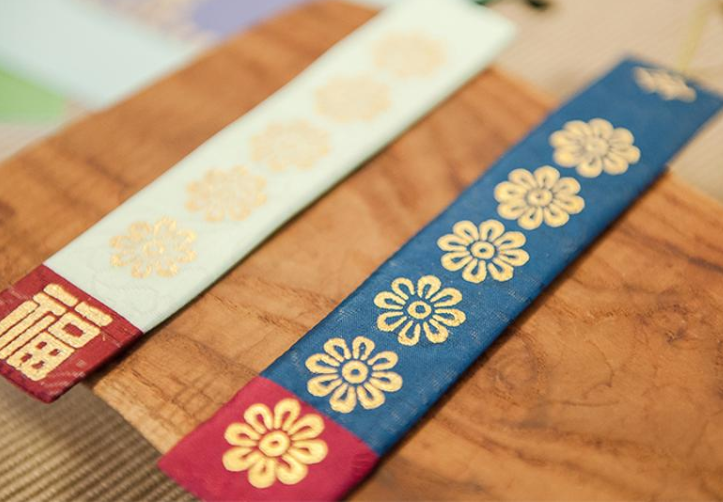 This would be a unique experience for you while you are in Bukchon Hanok: learning their tradition of printing gold leaf on to silk while sitting in a traditional hanok house. You can choose to apply it on a sash, bag, or bookmark under the guidance of some experts (they are knowledgeable, patient, and can speak English pretty good!). 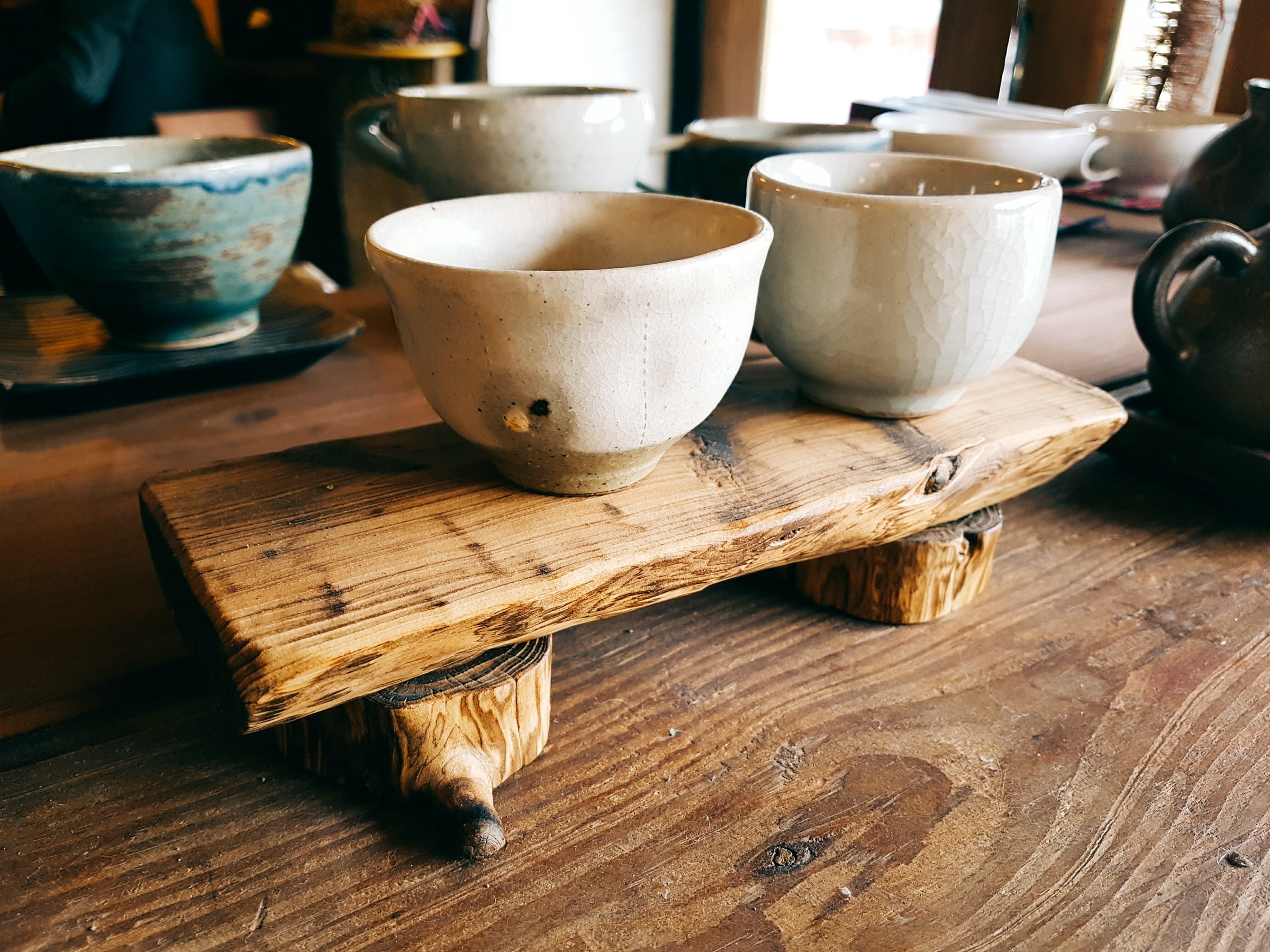 For those of you who are into tea or curious about how tea gets into Korean culture, you might want to learn it at the Traditional Korean Tea Institute. Here you will learn the traditional tea ceremony (you even can take part in the ceremony!) and about Korean culture in a fun and interesting way. You can also learn the delicate art of tea brewing and take a tea food making course. On top of that, they have green tea hand and foot massage (oh it sounds relaxing already!). 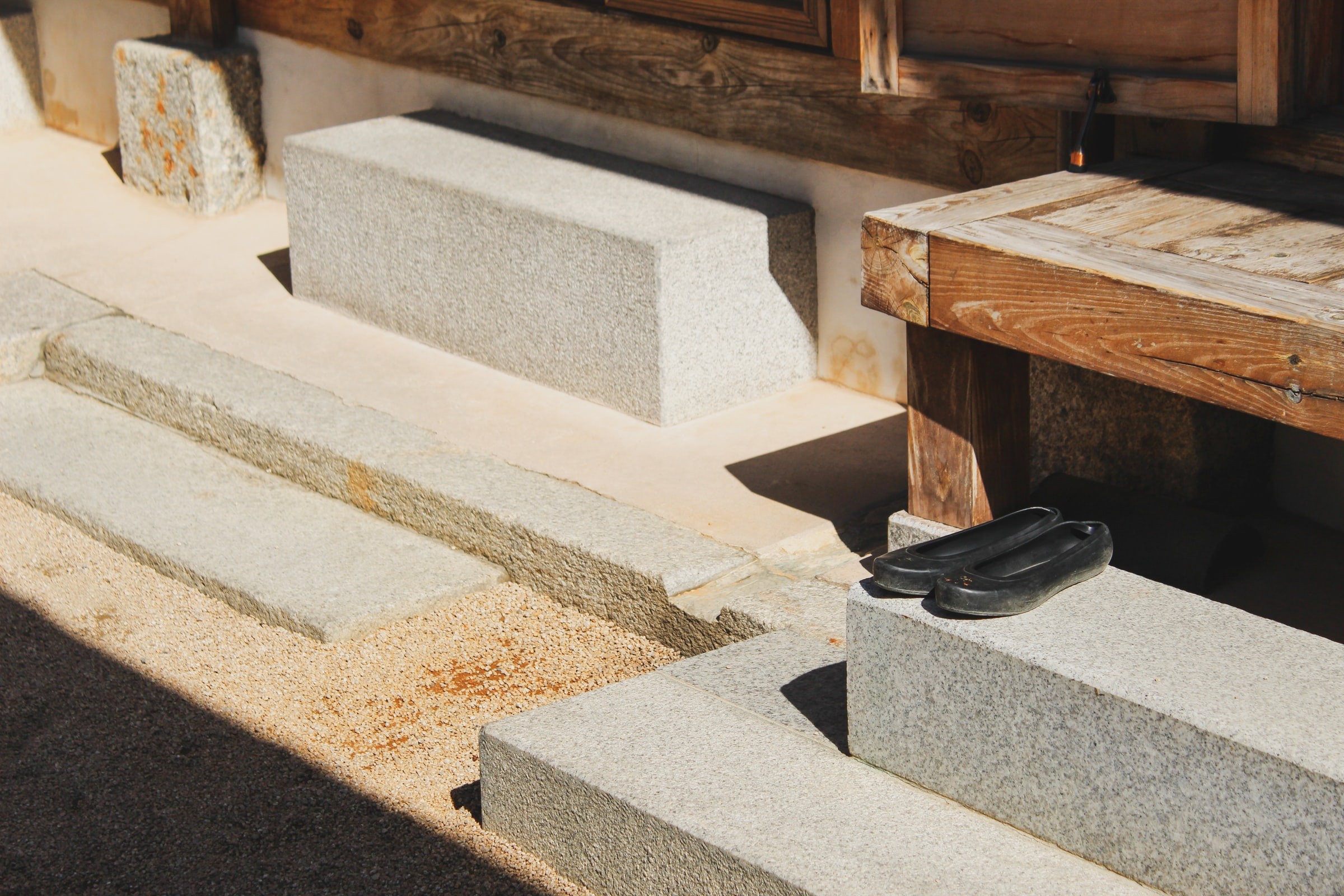 This teahouse named Solgaheon is definitely out of ordinary! You can not only drink delicious herbal teas tailored to specific ailments and order their healthy food options, but you can also at the same time soak your feet in a hot medicinal foot bath. Solgaheon also offers the so-called “moxa cautery treatment”, whereby various herbs and plants are burnt on particular points on the body to improve your overall body health, especially ailments in the lower body. 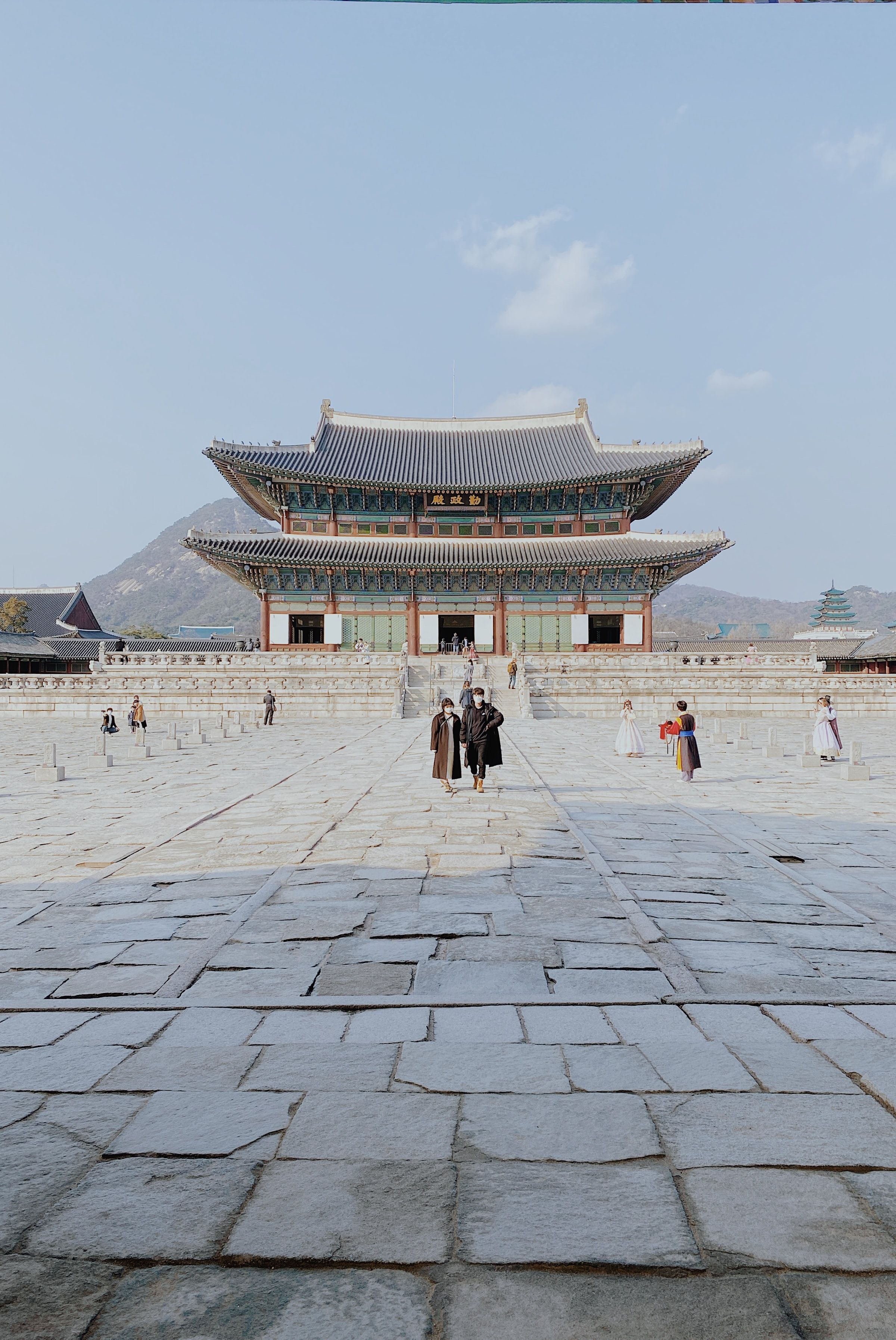 Gyeongbokgung Palace which was built in 1395, is the most beautiful and largest palace within Seoul. You can explore different parts of the palace but you can’t miss the changing of the guards which happens twice a day at the main gate at 10:00 a.m. and 2:00 p.m. The ceremony lasts for around fifteen minutes.

Opening Hours: 9AM to 6PM (Closed every Tuesday)
Entrance Fee: 3,000 KRW (Free entry if you wear a Hanbok) 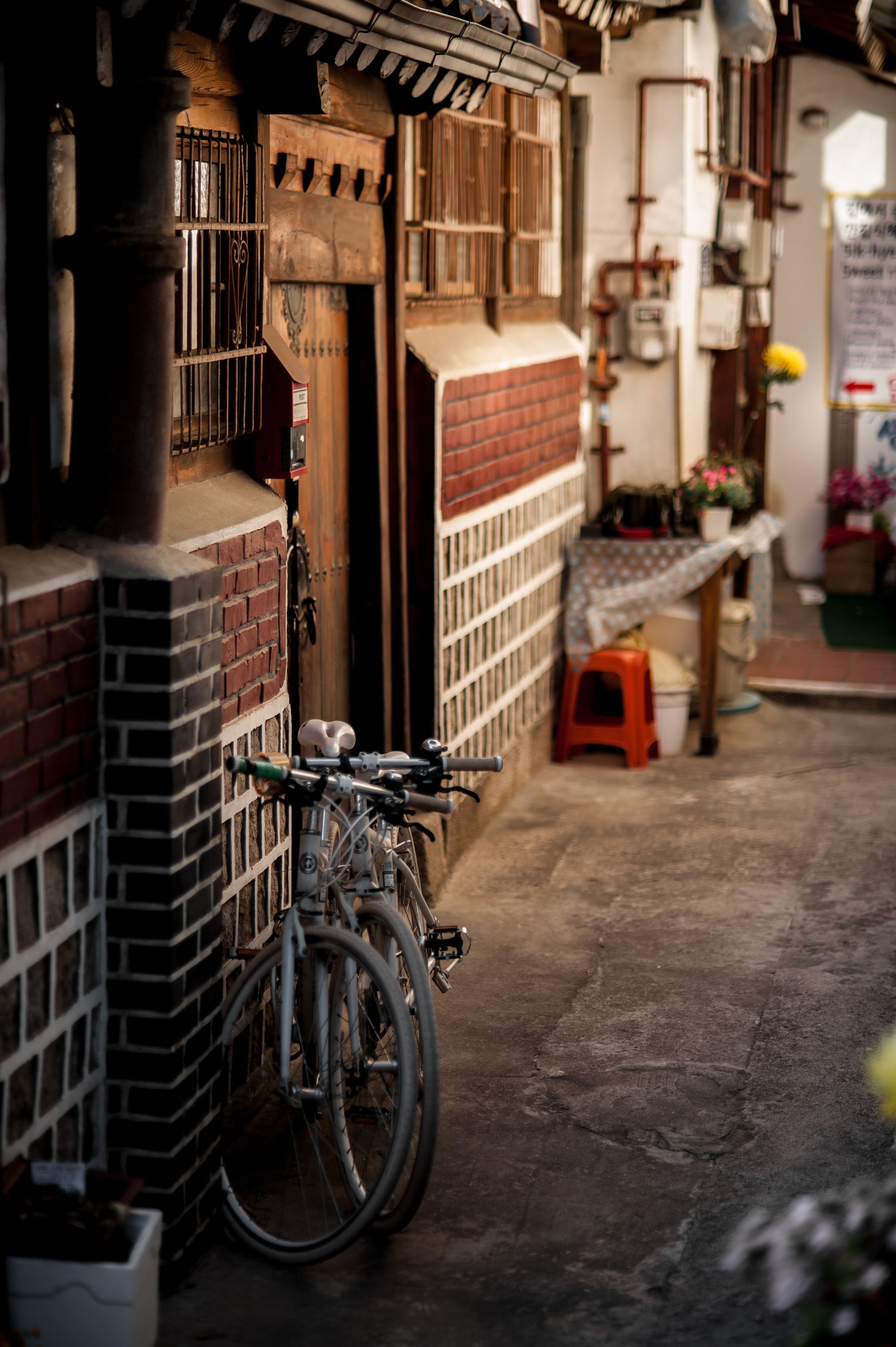 If you want to immerse yourself fully into Korean lives back in the 14th century, probably wearing a hanbok would not be enough. You can experience a homestay in a hanok at Bonum 1957, a boutique hotel with amenities like beautiful bathroom facilities having a bit more high-end touch, Chiwoonjung, the former Korean president’s historic traditional-style villa opened now to the public having jjimjilbang (traditional Korean sauna) for guests to use in the evenings.

Is There Any Halal Food at Bukchon Hanok Village? 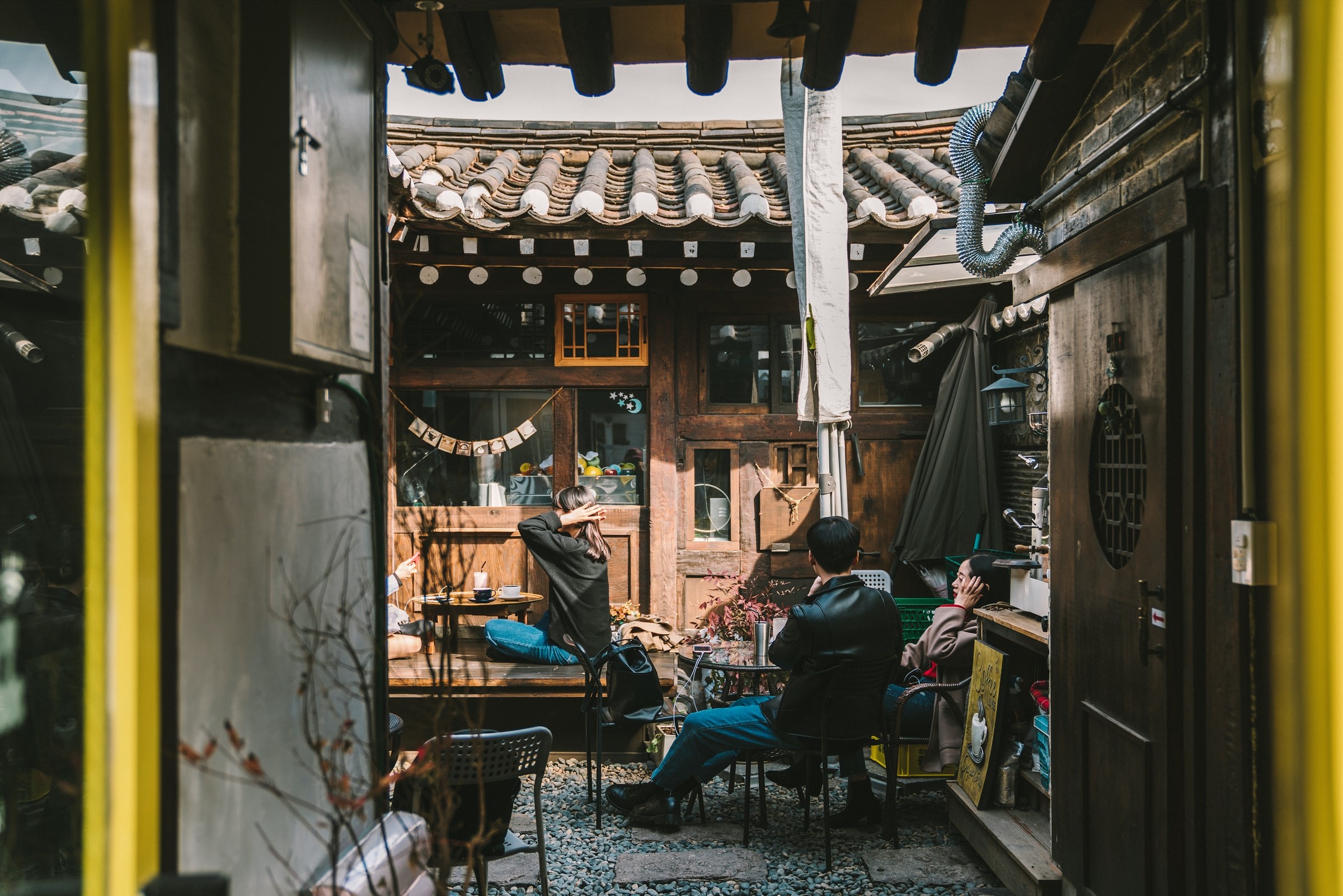 Yes, there is. Alhamdulillah! We have got you covered, so you can have all the energy you need to explore the area with peace of mind!

Halal Kitchen is the first Halal Korean restaurant in Buckhon/Insadong area. They serve a vast array of Korean delicacies such as bulgogi, yanggalbi, dakgalbi, japchae, and tteokbokki. They also have prayer spaces for you to pray while stopping by for some meals. If you're looking for other options, there are a number of halal restaurants located around the area, they might not be in the village but closeby. Get the complete list of them here!

How to Go to Bukchon Hanok Village 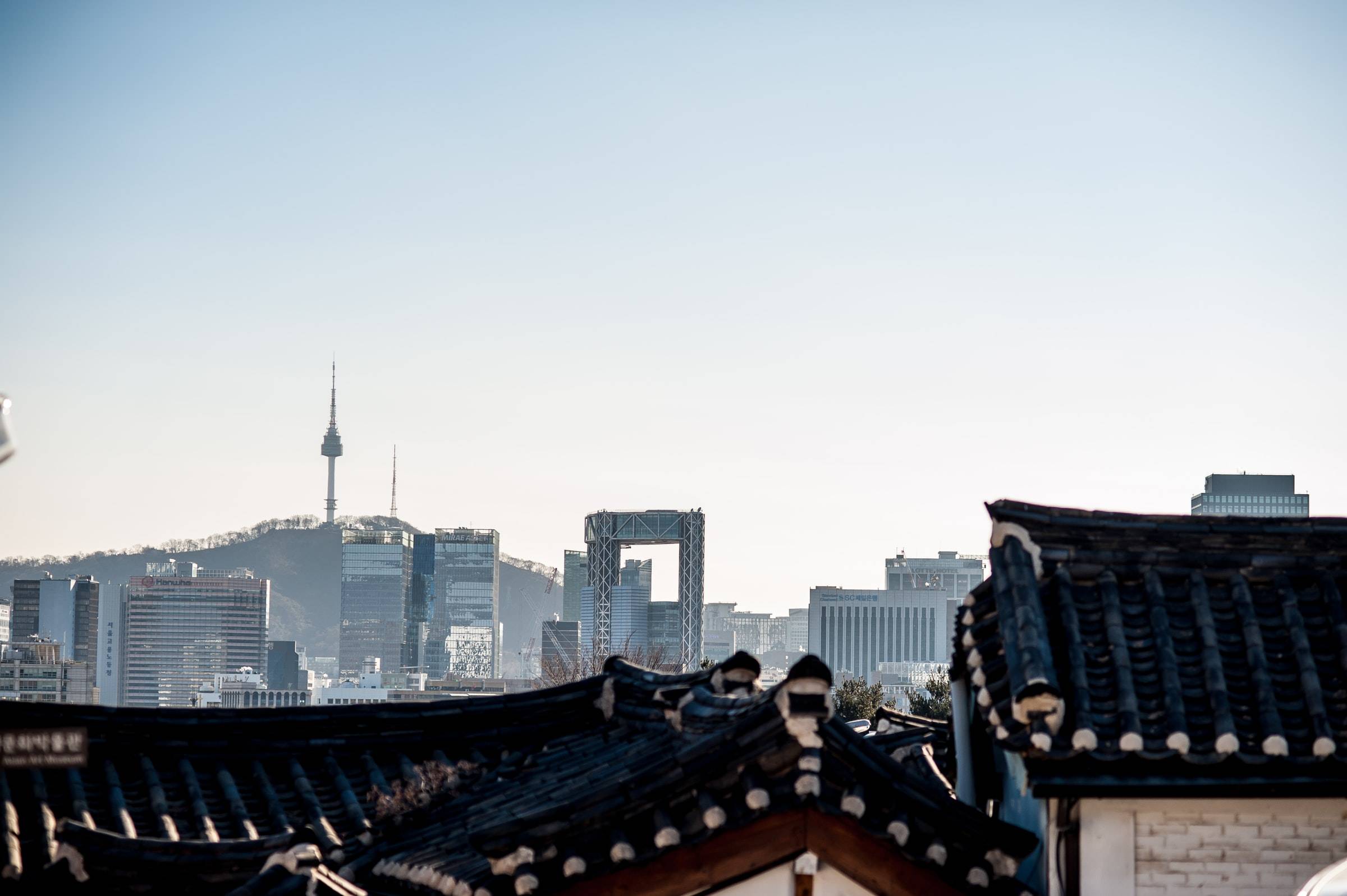 Bukchon Hanok Village can be reached by subway from any station in Seoul to Anguk Subway Station, exit 3. Walk straight out of the exit and turn left at the first street. Walk a bit up and you’ll find the Bukchon Traditional Culture Center on the left which is a great spot to start any tour in the area. There are also maps there to pick up to follow. You could also go out of Anguk Subway Station, exit 2, and walk straight to find the more popular side of the Hanok Village.