A Muslim Backpacker's Guide to Germany 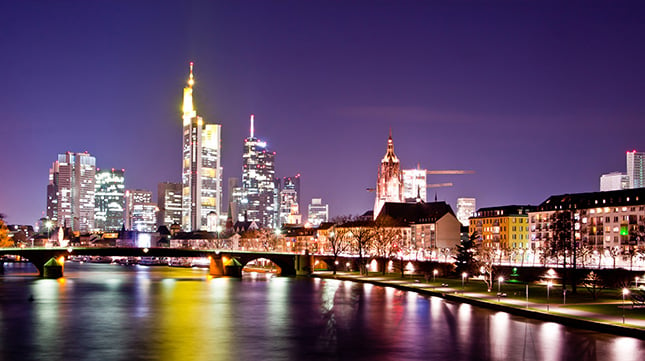 Germany is a glorious haven for backpackers. Backpacking in Germany will expose travellers to the marvels and wonders that Germany has to offer - be it the breathtaking Bavarian Alps or the charming coastal towns in the North. The rich history of the country and its abundance of spectacular natural scenery will enthrall every type of traveller. The best destinations in Germany for backpackers ultimately depend on your interests and what you are looking for. Travellers who wish to see ancient castles must not miss out on a visit to Neuschwanstein in Bavaria, while car lovers should head to the Autostadt in Wolfsburg. For Muslim travellers, most major cities in Germany offer sufficient facilities to ensure a comfortable visit.

Berlin, the vibrant capital of the country, is a must-visit destination on the itinerary of every traveller to Germany. Berlin is home to a population of over 40,000 Muslim residents and facilities such as Halal food and prayer facilities will be available across the city. Berlin offers around 70 mosques for Muslim travellers including the Sehitlik Mosque, Omar Ibn Al-Khattab Mosque, Khadija Mosque and the Ahmadiyya Mosque Berlin - the oldest mosque in Germany which was built in 1924. Several Halal restaurants are also available in Berlin – most of which are owned by Muslims. Travellers could try out ZamZam Restaurant at Hauptstrabe for South Asian cuisine, Rayan Chicken at Friedrichstrabe for American cuisine, Baraka at LausitzerPlatz for Turkish cuisine and Sharazad at Dahlmanstr for Middle Eastern cuisine.

Muslim travellers should also pay a visit to Munich – the capital city of Bavaria. Some of the highlights of Munich include Marienplatz - the central town hall of Munich, Frauenkirche - the symbol of the city, the early Dachau Concentration Camp of Nazi Germany, the English Garden - Munich's largest park, the bustling Viktualienmarkt market, the Residence Palace of Munich as well as its numerous museums. Muslim travellers will be able to find quite a number of Halal restaurants in Munich, serving South Asian and Middle Eastern fare - such as the Istanbul at Landwehrstraße and Dehbaschi at Dachauer Straße. Munich's most popular mosque is located at the Sendling borough of Munich and more mosques are available in the neighborhood of Ludwigsvorstadt.

Hamburg and Frankfurt are also excellent destinations. Hamburg - Germany's second largest city - is the country's wealthiest city and offers rich history and architecture. Some of its attractions include the Hamburg Harbor, its museums, markets and ancient cathedrals, offering plenty to explore. The city of Frankfurt is located on the banks of River Maine and is one of the largest financial hubs in Europe. Travellers in Frankfurt will be able to witness the city's rich cultural history in some of its old building architecture that date back to the 14th and 15th centuries. Both cities are home to a diverse population of Muslim residents and facilities will be adequate when travelling.

Some of the other destinations in Germany that are worth visiting include Cologne, Düsseldorf, Dresden, Hannover, Stuttgart, Nürnberg and Leipzig. Each destination has something different and unique to offer, to ensure a memorable visit!