Meet Ahmad Joni Wattimena: Quran Made By The Blind, For The Blind

If you are a Muslim traveler who happens to be in South Tangerang, Banten, I recommend you to visit Raudlatul Makfufin Foundation to meet an inspirational blind Muslim teacher, Ahmad Joni Wattimena. 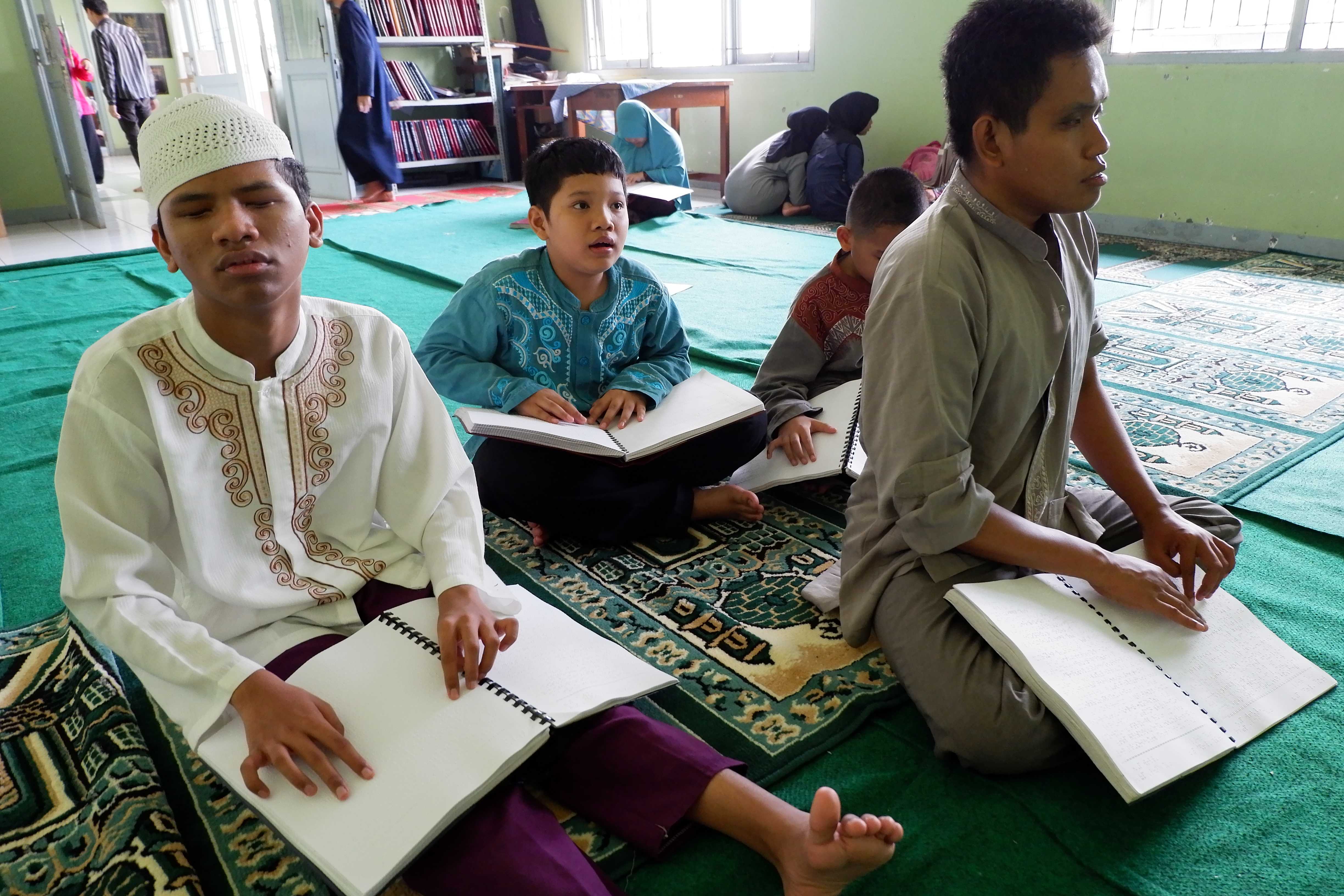 Raudlatul Makfufin is a foundation that has produced thousands of free Braille Qurans since 2000 for blind Muslims across Indonesia, home to at least 1.7 million­­ of visually impaired people.

Raudlatul Makfufin, which means the Garden of the Blinds, was founded by blind Muslim teacher Ahmad Joni Wattimena and his late friend, Halim Shaleh, in 1983.

The foundation has four Braille printing machines. Each machine produces three Braille Qurans every day. The nearly-20 kilogram Braille holy book is worth Rp 1.7 million each, but it is free for the blinds who want it. 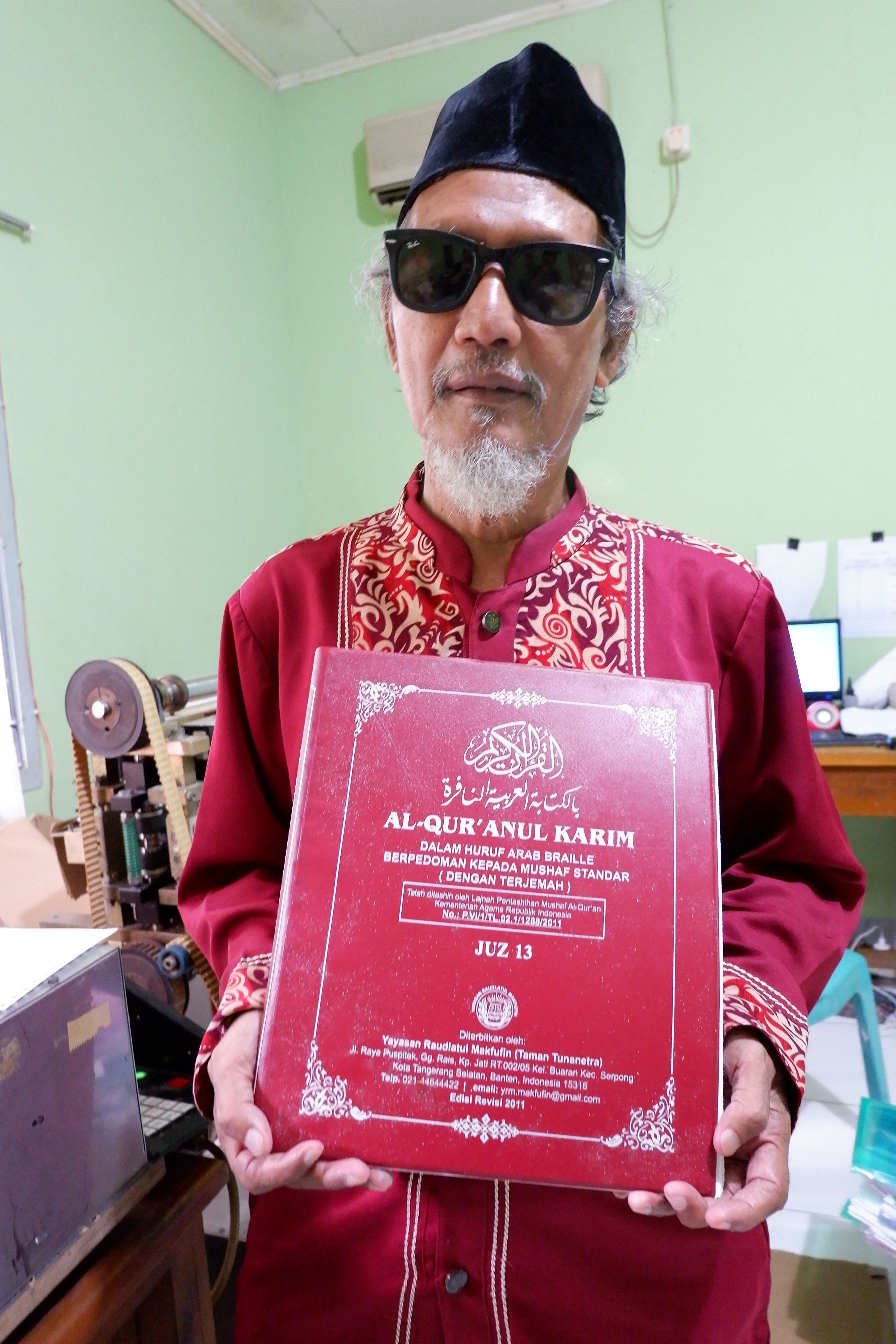 Joni, 67, was not born blind. He became visually impaired due to an accident when he was an elementary school student. He learned to read and write Braille Quran at a school for disabled children (SLB).

For him, learning the Quran is compulsory for all Muslims. Having loss vision does not eliminate their liability to read it and to do other mandatory activities, such as praying and fasting. 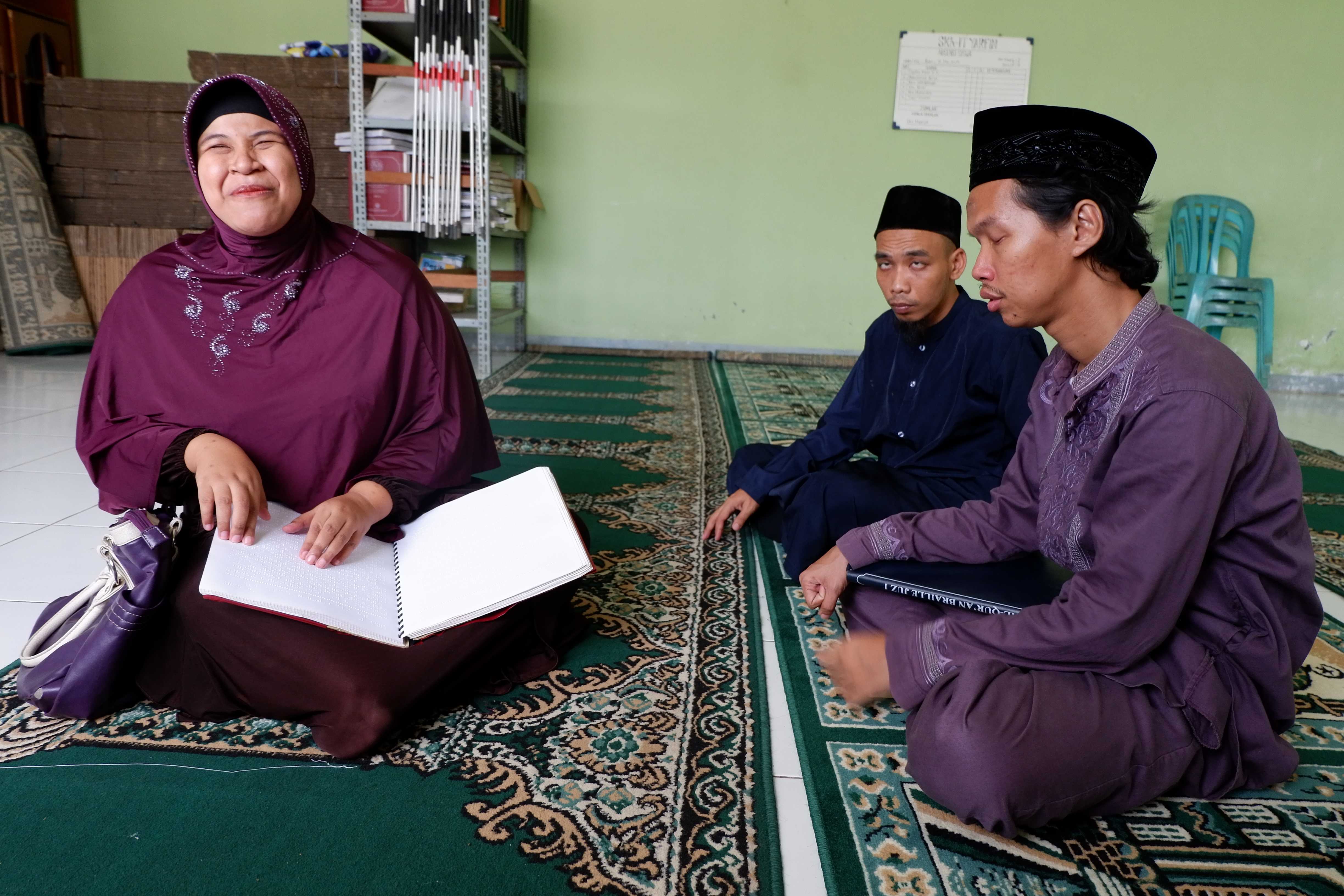 Working at SLB made him realise that Braille Quran was rare in Indonesia. The idea to produce Braille Quran in bulk then crossed his mind. He just wanted Braille Quran to be as accessible as regular Quran so that Blind Muslims can read it anytime and anywhere.

To rewrite the Quran in Braille is difficult. That task can be done only by people who are not visually impaired and are able to read Arabic letters and marks. They also have to master regular Braille for the Latin Alphabet and Arabic Braille.

Joni and Halim Shaleh then asked help from their Muslim friends who were not visually impaired. They taught them, Arabic Braille. After they understood Arabic Braille, he asked them to rewrite the Quran in Braille. The process of rewriting took years. 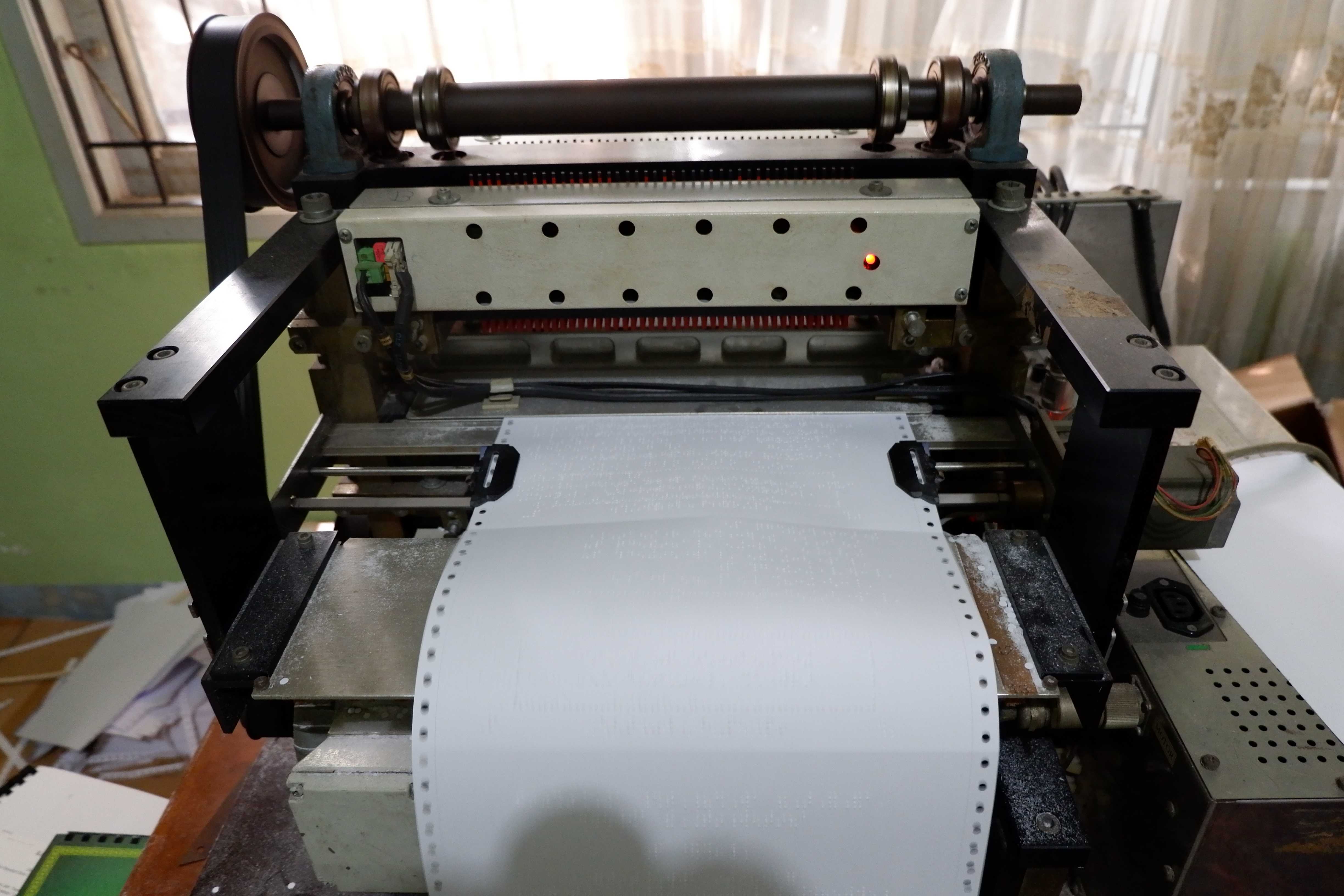 Quran verses that have been rewritten in Arabic Braille were then converted into soft copies. Joni then stores them on his computer connected to Braille printing machines.

Joni bought Braille printing machines with the help of many donors, including Ainun Habibie, the wife of Indonesian third president BJ Habibie. 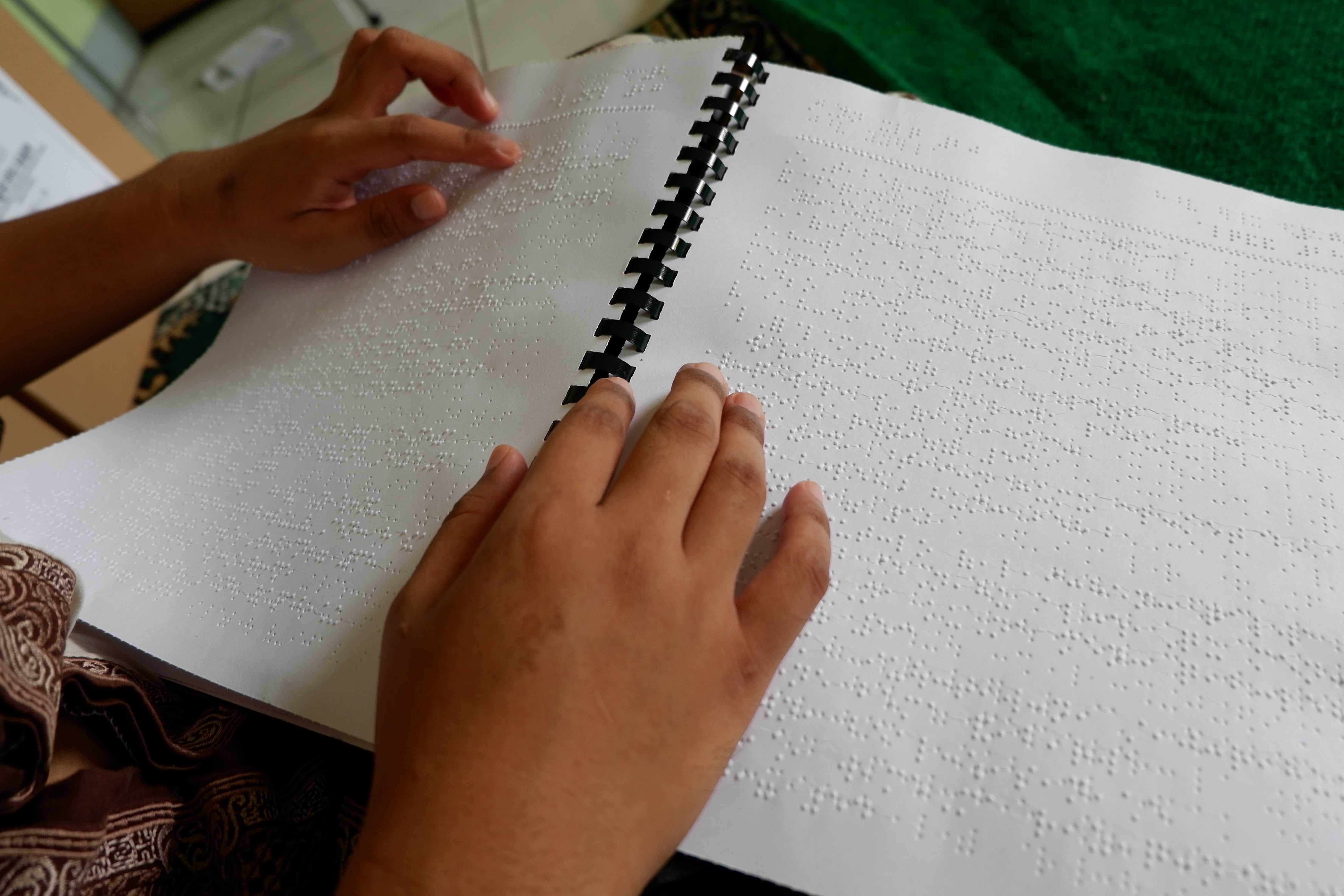 How to get Braille Quran?

According to Joni, his Braille Qurans have met standard and formats required by Religious Affairs Ministry of Indonesia.

He is supported by donors who finance the costs of producing Braille Quran.

Joni wants to distribute Braille Qurans to all mosques in Indonesia. He hopes that there is at least one Braille Quran in every mosque. So that, visually impaired Muslims can read it anytime and anywhere.

If you want to get Braille Quran, you just need to contact Raudlatul Makfufin by phone or email. The foundation will give it for free. The Quran will be sent to your address by post.