Antoni Gaudi is a famous architect from Catalonia, Spain. During the time that Gaudi lived in Barcelona, he created many incredible works of art which drew inspirations from his life’s passions: architecture, nature, and religion. His creations incorporated elements such as stained glass, wrought ironwork forging, carpentry and ceramics.
The works of Gaudi are one of the wonders of Barcelona, and still draw in and capture an audience of locals and tourists, which is why your Barcelona tourist guide would be incomplete without a visit to these spots. Most of them are also preserved as UNESCO Cultural World Heritage Sites. If you’re in Barcelona, here is a list of Antoni Gaudi's amazing works that you shouldn't miss! 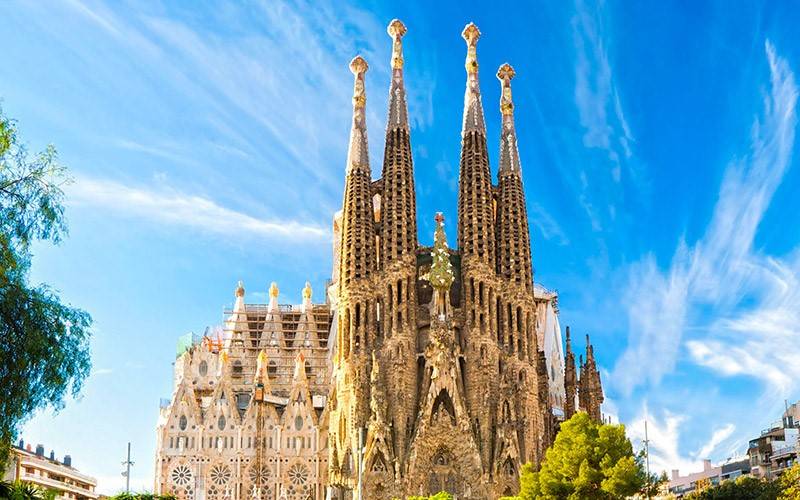 Sagrada Familia, one of Barcelona's most glorious structures, is a Roman Catholic Church and a UNESCO World Heritage Site. The Church, considered one of the most valuable works of the Catalan architect Gaudi, is open every day of the year. This is one of the must-see Gaudi's works of architecture; and you’ll be fascinated from the moment you walk in where you can see sunlight streaming in through the colored glass everywhere, illuminating the building with all colors of the rainbow. Go the extra mile and pay for additional access, which will give you the chance to climb the tower or join a guided tour. 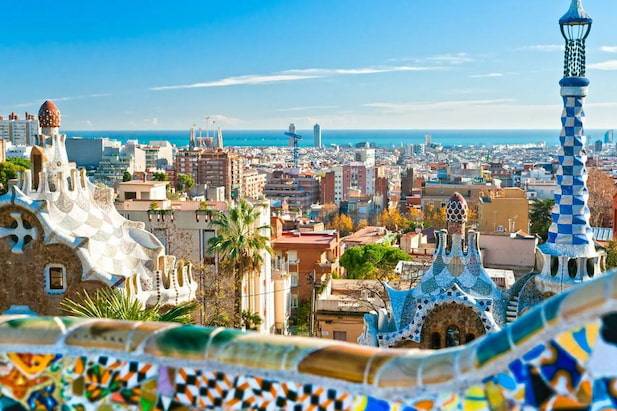 Address: 08024 Barcelona, Ispanya.
Entrance Fee: Free to 14 Euros
Opening Hours: 8:30 a.m. - 9:30 p.m. (Changes according to seasons)
Park Güell is a public garden located on the Carmel Hill in Barcelona, which was designed by Antoni Gaudi. It was built back in the 1900s and the park was declared a UNESCO World Heritage Site under “Works of Antoni Gaudi” in 1984. Each area of the park was individually designed and holds a special touch of its maker. One of the popular areas of Park Güell is the Gaudi House Museum - which was the residence of Antoni Gaudi in the early 1990s. It houses several of his personal collections such as his paintings, sculptures and furniture, which allows visitors to reminisce on the great memories of Antoni Gaudi. If you wish to explore Antoni Gaudi’s architectural wonders, this park should definitely be on your Barcelona tourist guide. 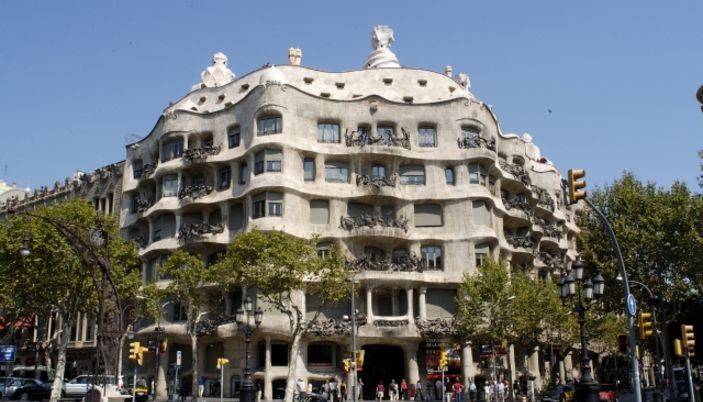 Address: Provençal, 261-265, 08008 Barcelona, Spain.
Contact: +34 902 20 21 38
Entrance fee: 20 Euros
Opening Hours: 9:00 a.m. – 8:30 p.m., 9:00 p.m. – 11:00 p.m.
Casa Mila, more commonly known as “La Pedrera” is considered one of Antoni Gaudi's most modernist works. It was built as a residence in the early 1900's but in the recent days, it is being used as the headquarters of Catalunya La Pedrera Foundation and as a cultural center for many events and exhibitions organized in Barcelona. The building incorporates a beautiful design - both interior and exterior. One of the most outstanding features of the building is the intricately designed roof - showcasing several sculptures using marbled and glass bricks that can be easily spotted from afar. The Casa Mila is also recognised as a UNESCO World Heritage site, making it is one of Antoni Gaudi’s structures that you must visit while you're in Barcelona. 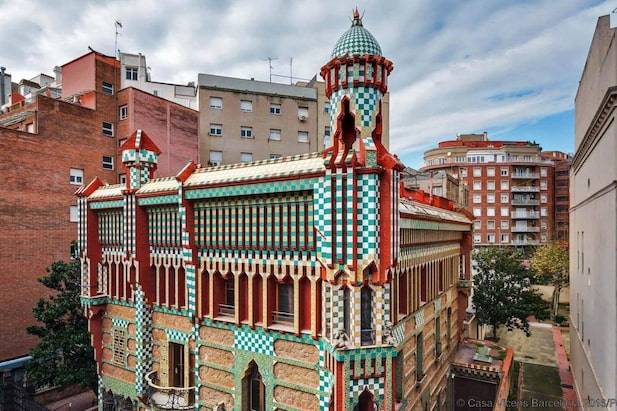 Picture Credit - www.bbc.com
Address: Carrer de les Carolines, 18-24, 08012 Barcelona, Spain
Casa Vicens, Gaudi's first major work, was made for a wealthy family who owned a ceramics factory in Katalunya in the 1880s. This was the first house designed by Antoni Gaudi in Barcelona, and marked the start of a new era of architectural-styles. Gaudi incorporated a mix of orientalist and Hispano-Arabic style for this building and used several materials in construction - such as ceramic tiles, glass and iron. Although it has thus far been closed to the public; the UNESCO World Heritage Site is scheduled to open its doors by autumn of 2017 following a three-year period of renovations and restorations. Be sure to keep a look out for its official opening! 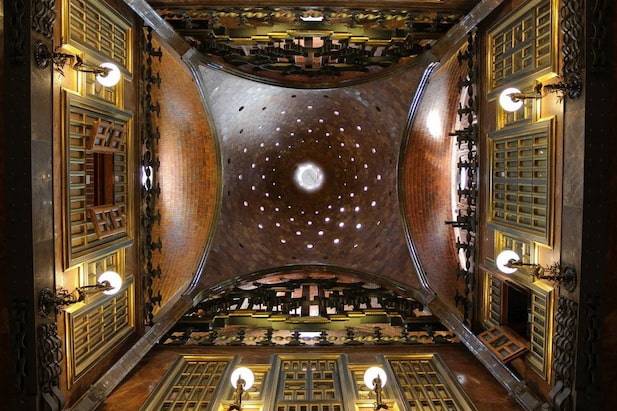 Picture Credit - www.barcelona.com
Address: Carrer Nou de la Rambla, 3-5, 08001 Barcelona, Spain
Contact: +34 934 72 57 75
Entrance Fee: 12 Euros
Opening Hours: 10:00 a.m. – 5:30 p.m. (closed Mondays)
Palau Güell was designed by Antoni Gaudi as a mansion for the Güell family and was built between 1886 to 1888. The exterior of this UNESCO site includes iron gates, a parabolic arch, and intricate designs of forged ironwork. The inside of the building consists of a main hall, a basement, stables, and high-ceiling rooms with fascinating nuances like ornate walls. You can get a sneak preview of Palau Guell in the 1975's movie "The Passenger" at the scene where Jack Nicholson first met Maria Schneider. If you're giving this beautiful site a visit, make sure to get the free audio tour that is included with price of the entrance ticket for a more enriching tour of one of the wonders of Barcelona. Don't forget to climb up to the roof terrace to experience an amazing landscape view of Barcelona. 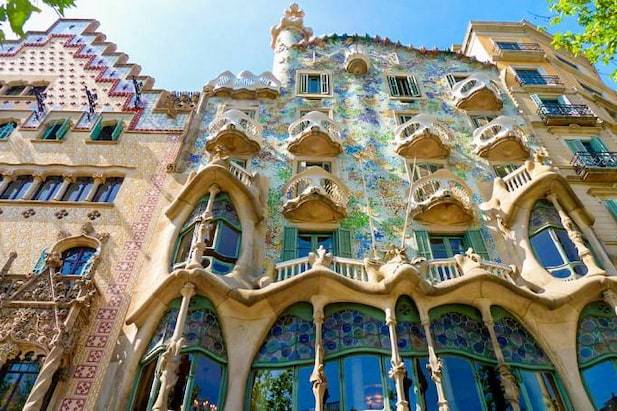 Casa Batllo is one of the wonders of Barcelona, and one of Antoni Gaudi’s masterpieces. Gaudi’s remodel in 1904 was of a house that had been previously built in 1877. It is known locally as Casa dels ossos, meaning “House of Bones” due to its primeval, skeletal design. Like all other works of Antoni Gaudi, the design is exquisite and unique - a sight to behold. The exterior is beautifully designed with glass and ceramic mosaic which created fascinating rippled patterns. The ground floor of the building is equally appealing - extraordinary tracery, asymmetrical oval-shaped windows and sculpted stone work. 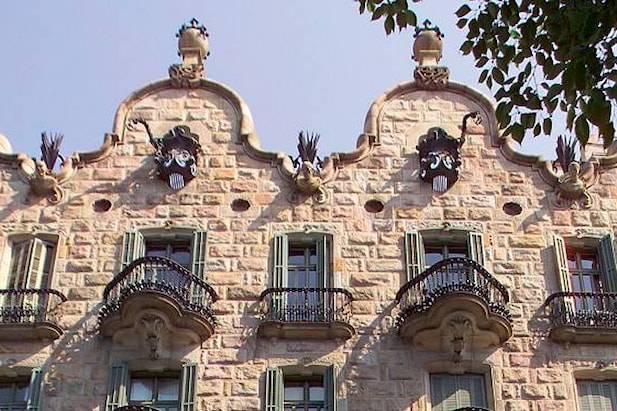 Picture Credit - www.travelphotographersmagazine.com
Address: Carrer de Casp, 48, 08010 Barcelona, Spain
Contact: +34 934 12 40 12
Opening Hours: 1:00 p.m. 3:30 p.m., 8:30 p.m. – 11:00 p.m. (closed on Sundays)
One of Gaudi's earliest works, the Casa Calvet was built between 1898 and 1900 for Pere Màrtir Calvet, who used the ground floor as his office and upper floors as his home. It is said to be the most conventional of all of Gaudi’s structures, mainly because it was surrounded by older buildings and surroundings. However, the design was inspired by modern, Baroque as well as some historical architectures. Said to be the most amazing element of the structure is the gallery at the ground level, which is decorated with rare historical elements such as an olive tree and two horns of plenty. If you plan to explore Antoni Gaudi’s architectural wonders, you cannot miss this one, simply because of the stark contrast to some of his more bizarre creations. 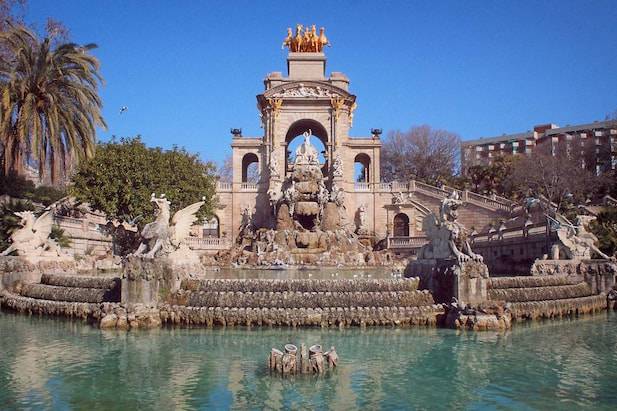 Picture Credit - www.barcelonaturisme.com
Address: Passeig de Picasso, 21, 08003 Barcelona, Spain.
Contact: +34 638 23 71 15
Park De Citudella is one of the Barcelona's busiest and most famous parks, which includes the Parliament of Catalonia, a zoo, and a museum. At the centre of this park, you can find the Cascada Fountain, another one of Antoni Gaudi’s works that you cannot miss. The Cascada Fountain was originally built by Architect Josep Fontseré in the 1880s, inspired by the Trevi Fountain in Rome. Antoni Gaudi was a young assistant in this work - which signifies that the Cascada Fountain may be one of his earliest achievements as an assistant architect. One of the unique elements of this structure is that the stairs that lead to the centre of the fountain resembles two huge pincers of massive crabs.
Gaudí's works have always been exquisite and out of the ordinary. You can also take a look at HalalTrip's Barcelona City Guide to discover Gaudi's works Barcelona and more.