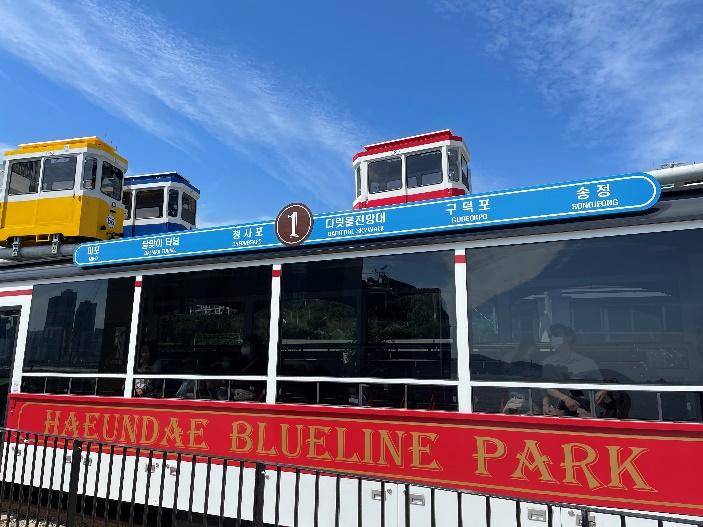 The newest way to enjoy Busan’s coastal treats, The Haeundae Blueline Park is a 4.8KM-long where you’ll be taken for a scenic ride along the coast of East Busan. Taking you from Mipo to Songjeong while going past some of Busan’s popular attractions like the Dalmaji Tunnel, Daritdol Skywalk, Mipo Port, and Cheongsapo Port.

More than just a mode of transportation, the Haeundae Blueline Park is an experience in itself! With seats facing the window and running at a 5-15km/h, it acts as a moving observatory where you can slowly take in the picturesque views it passes through. Choose between the Sky Capsule which runs 7 to 10m high for the best views from Haeundae Mipo to Cheongsapo or choose the Haeundae Beach Train which runs the full length of the Blueline. Skycapsules at the Haeundae Blueline Park

While at the Haeundae Blueline Park, be sure to check out the Dalmaji Tunnel, a rainbow columned tunnel, and the Daritdol Skywalk, a skywalk with glass panel floors that will make you feel like you’re walking above the water. These are some of the more popular stops along the line and are surely Insta-worthy! 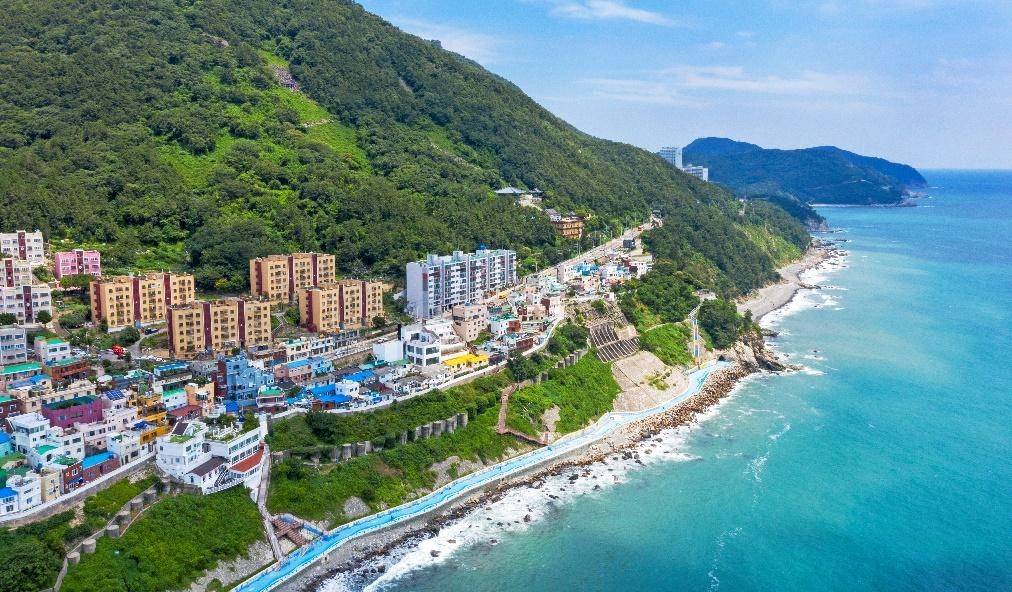 The Huinnyeoul Cultural Village was once a refugee village but was given a breath of life by street artists who took the opportunity to turn the village into a collective work of art with vibrantly painted buildings in this Santorini-esqued village. Today, the village is a unique Culture and Art Village that paints a beautiful picture of the history and life in Yeongdo.

Journey into the 14 narrow alleys of the quaint village where you’ll discover an assortment of cafes, workshops, and independent bookstores or just simply relax and take in the views of the ocean the village offers. A definite must-visit when you’re in South Korea.

Pink Muhly grass fields are flowers that bloom in Autumn that look like fluffy pink haze or clouds, adding another striking color in the palettes found in Autumn. What’s great is that you can find some of Korea’s best Pink Muhly Spots right here in Busan! 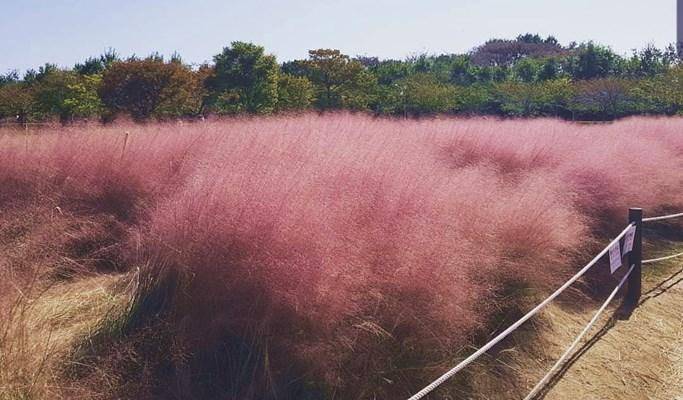 Dubbed one of Busan’s most beautiful islands, Eulsukdo Island blooms with pink muhly grasses along the willow forest and reed beds that paint a uniquely Korean picture of Autumn in the wild.

In addition to the Pink Muhly grasses, see nature as it changes seasons as Eulsukdo Island is also Korea’s number 1 bird sanctuary. Located at the intersection between the South Sea and the Nakdonggang River, it is the largest habitat for migratory birds. 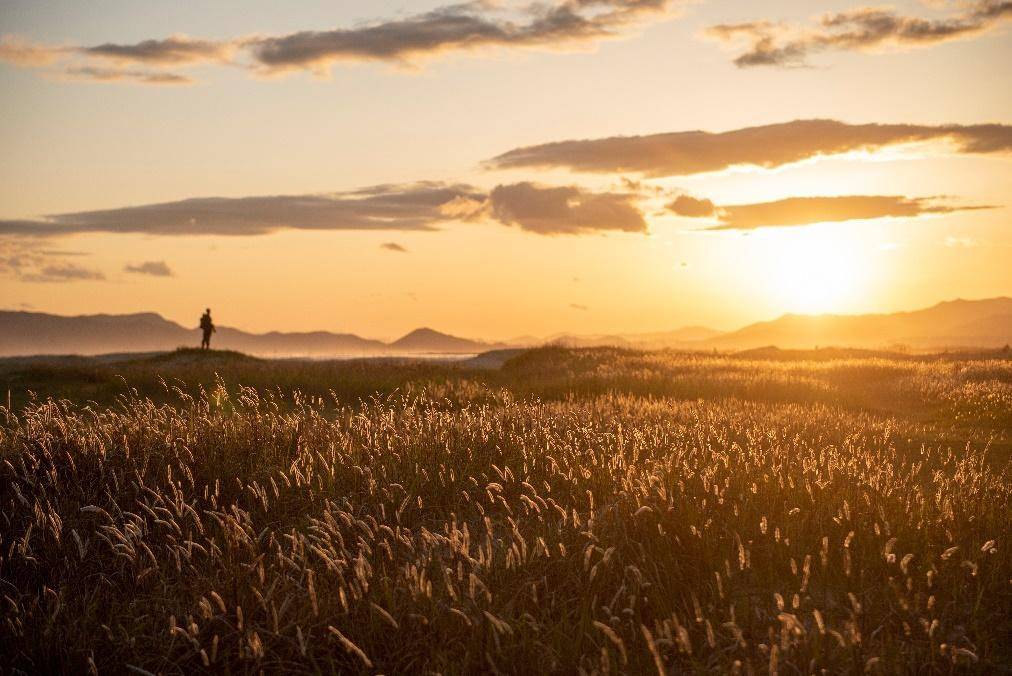 Dadaepo Beach is famous for its spectacular views of the stunning sunset. But did you know that Dadaepo Beach holds another natural wonder?

Come Autumn, a part of the Dadaepo Beach transforms into a golden sea of Autumn Reeds. Together with the stark contrast of the blue waters of the shore and Dadaepo Beach’s famed sunsets, you’ll feel like you’ve been transported into a landscape painting.

The Dadaepo Beach in Autumn is also a great place to do some birdwatching. Thanks to it being a wetland, it’s a known spot to catch a glimpse of migratory birds on their way to warmer skies as winter approaches their habitat.

You can find the golden sea of Autumn Reeds at the Nakdonggang River’s southern edge, near the stream where it flows into the South Sea. 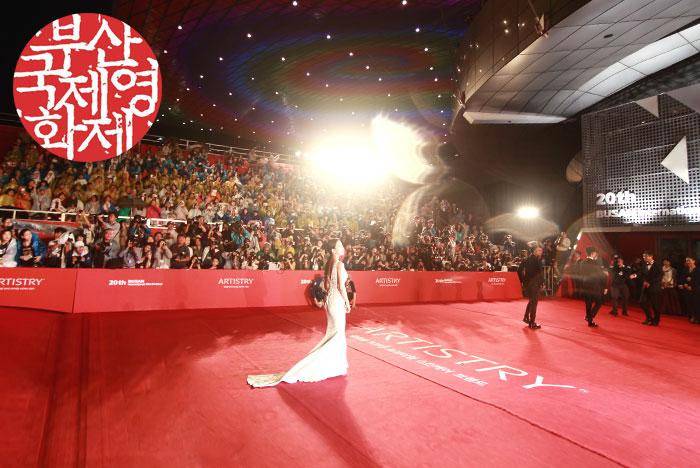 The film buffs out there might’ve seen this one coming. The Busan Film Festival or BIFF for short is an annual event held at the Busan Cinema Center in Haeundae-gu, Busan. Catch notable names in the Korean and Asian Film industry at Asia’s best film festival and one of the five most prestigious film festivals in the world at the Busan Film Festival.

Be ahead of the wave and catch the premiere of over 300 films from 70 countries. Celebrating the artistic achievements of the most influential filmmakers and actors. Other than just seeing the films, take part in their many activities where you’ll get the opportunity to learn, participate and rub shoulders with the stars on the silver screen.

The Busan Film Festival is slated to run from 6 to 15 October this year. So get your tickets ready to celebrate some of Asia’s (and the world’s) finest filmmakers and artists. 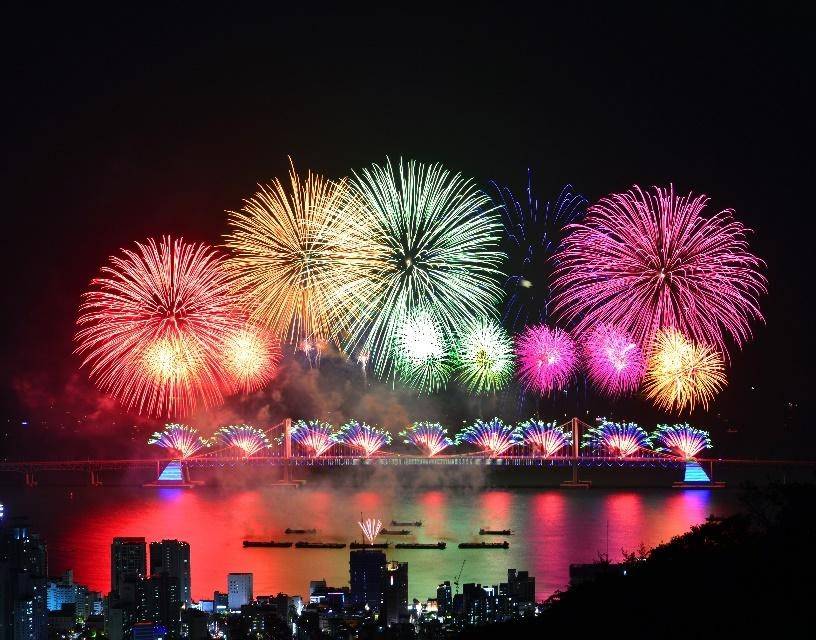 The Busan Fireworks Festival is one of the most popular events in Busan during the Autumn Season, with people flocking in droves to catch Asia’s most extravagant fireworks festival together. The fireworks and lasers are set to be in sync with the music that accompanies it—a treat for the senses.

Due to the large scale of the firework festival, you can see the fireworks from anywhere in Busan but to get the full experience, there are some locations which are recommended. Other than Gwangalli Beach, you may also enjoy the fireworks display at Marine City, Hwangnyeongsan Beacon, Dalmajigil Road, and Cheongsapo Village. Each location has different views of the fireworks while also being great spots to witness the fireworks illuminate the night sky.

A spectacle that you just have to see in Busan!