The Road Less Traveled: The Indigenous Baduy Tribe in Indonesia

Indonesia is an archipelago and the largest nation in the Southeast Asia region. This country obtained its independence in 1945, has roughly 300 ethnic groups or precisely 1,340 tribes, according to the data of the National Statistic Agency.

HalalTrip had a chance to visit and explore indigenous tribes in Indonesia. Thank the government and some improvement shown by the people as currently, Indonesia manages to flatten the curve. The government has eased the restriction on some areas, including this marvelous tourism spot!

Let's scroll down and enjoy our adventure!

Outsiders call this group Baduy, a community group located in the Kendeng Mountains. 'Badawi' was the name given to them by Dutch researchers who noted that they were similar to the Badawi Arab group of the Middle East, who lived nomadically.

Interestingly, it mentions that the tribe's name may be derived from the Baduy River and Mount Baduy, both of which are in the northern part of the region. The Baduy tribe has a history that historians differ in their opinions on.

They base their argument on historical inscriptions, tracing them through the records of Chinese and Portuguese sailors, and connecting them with legends about Tatar Sunda.

However, there are very few references to this story about Tatar Sunda. According to historians, the Baduy community is related to the Padjadjaran kingdom, which is part of the Bogor area today.

It seems that the origins of the Baduy people are somewhat contested, but they prefer to be called Urang Kanekes, or Kanekes people as their region is known, or a designation that refers to the name of their village such as "Urang Cibeo".

Specifically, the tribe is divided into the Inner and the Outer Baduy. The most obvious difference between them can be found in the way they implement customary rules. The Inner Baduy adheres to customs and enforces rules strictly.

In the meantime, the Outer Baduy have been influenced by modernity. The use of electronic goods and soap and other cleaning tools, for example.

There is also a difference in how they dress.

The Inner Baduy wears white clothes every day to symbolize purity and culture untouched by outside influences. 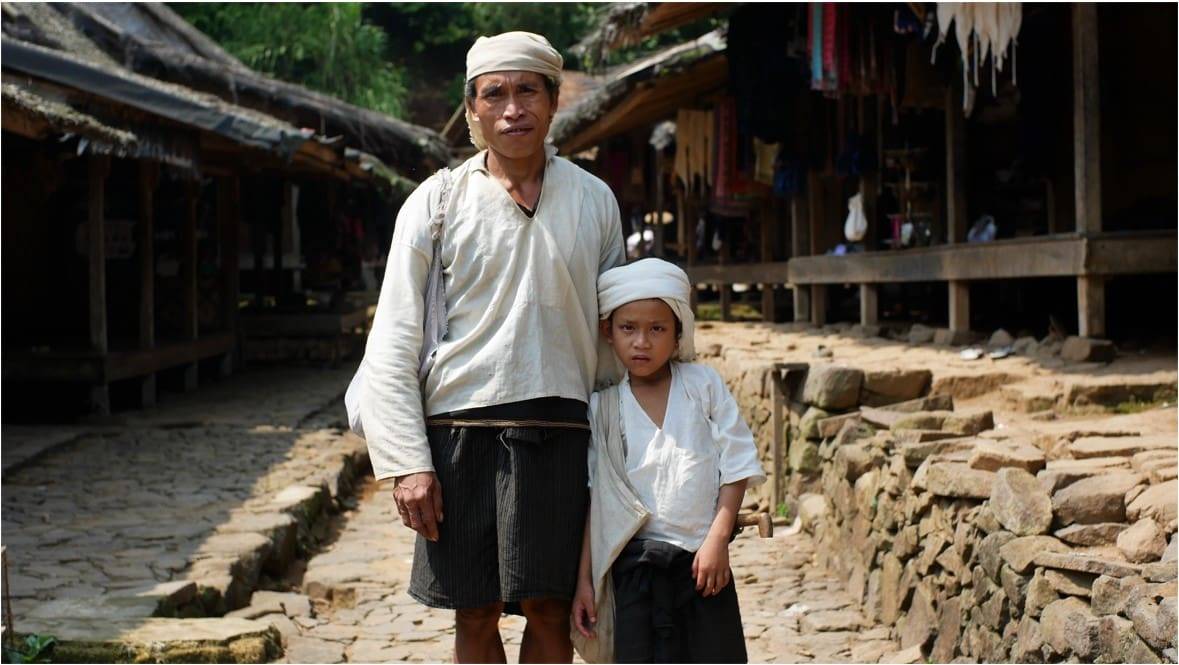 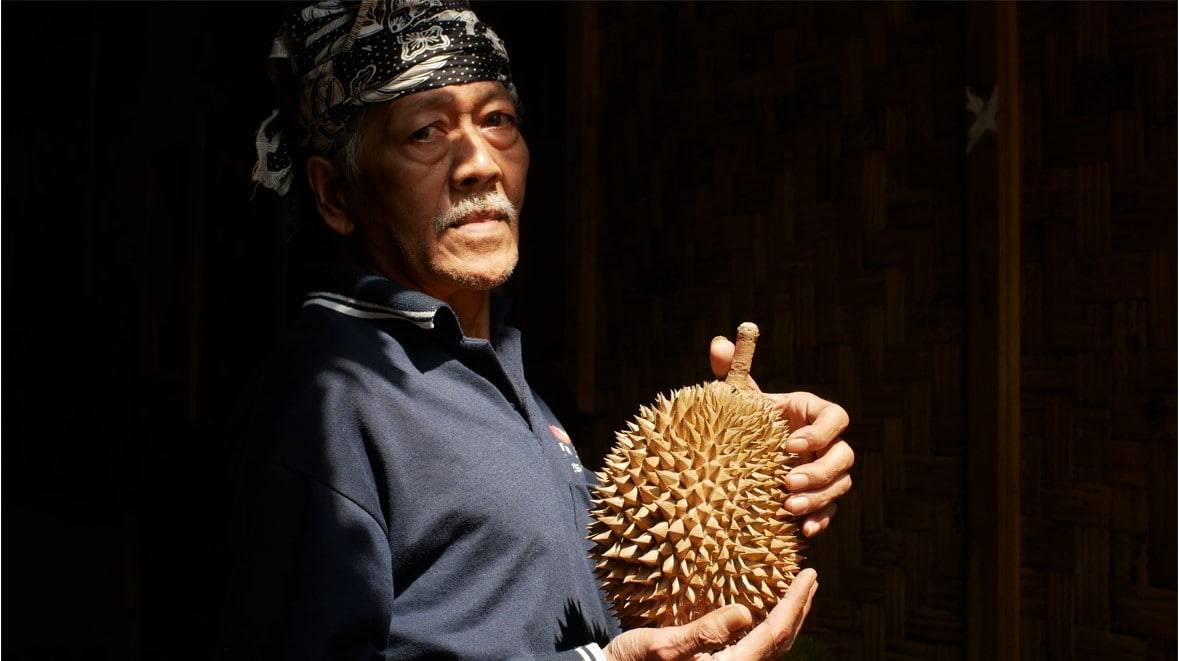 Thankfully, the inner and outer Baduy villages do not differ all that much in their shapes and atmospheres.

The Inner Baduy tribe consists of three villages, namely Cikeusik, Cikertawana, and Cibeo, which are each led by a traditional elder called "Pu'un". As representatives of "Pu'un", they are assisted by some vice leaders called "Jaro".

As well as determining the planting and harvesting times, they are responsible for implementing Baduy customary law.

In addition, the Outer Baduy live in 50 villages in the Kendeng Mountains. Outer Baduy is engaging in a lot of interactions with tribes outside of the Baduy group through their activities. 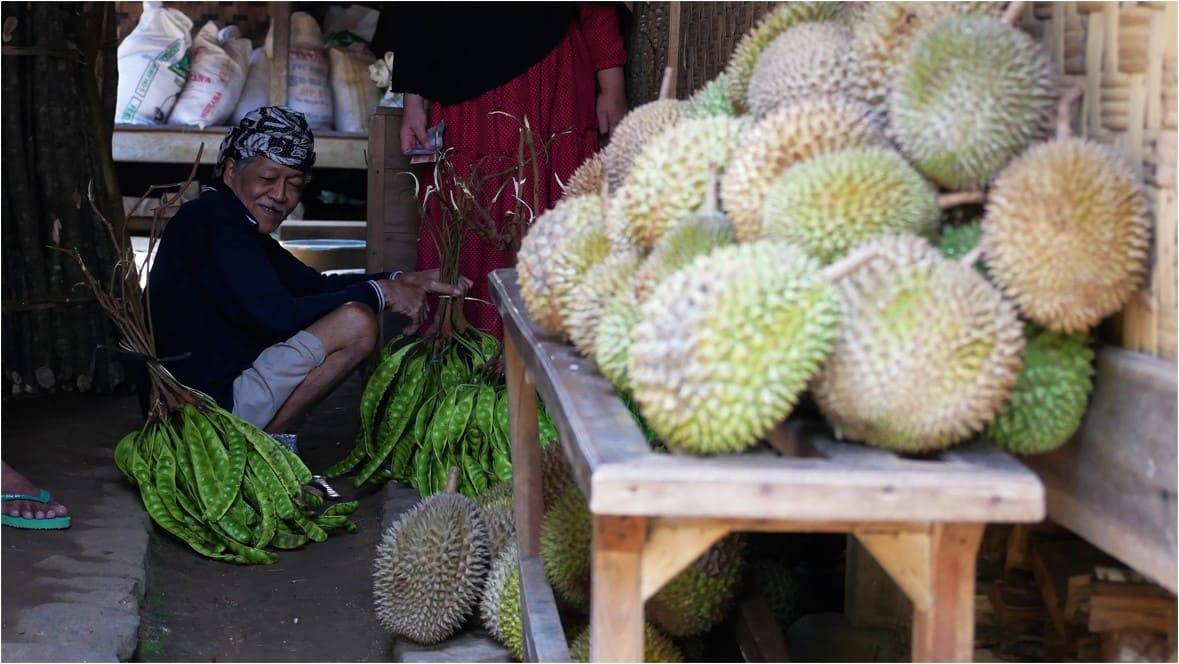 Farming or cultivating in the fields is how the Baduy people make their living.

A fertile environment makes it quite easy for this tribe to produce various types of plantation products.

In order to preserve nature and not harm the ecosystem, the Baduy only work with their hands when farming.

Baduys also raise chickens. They only take some chickens on certain days, such as during traditional ceremonies or weddings

As his community continues to grow, the Baduy community is keen to explore other activities, like weaving traditional Baduy fabrics, or making woven and knitted crafts. Tourists can also buy food and drinks from them. 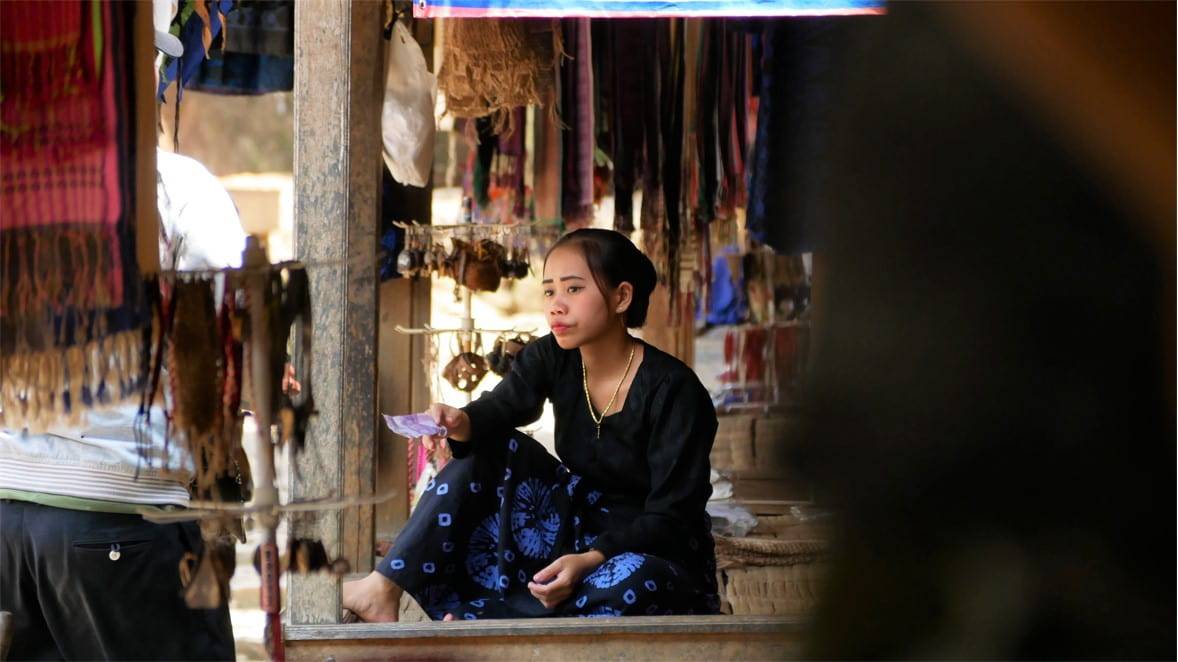 Furthermore, they also had Baduy style batik threads and fabrics, roots, wood, and so on.

Tourists are most interested in ethnic fabrics, which are woven. The price of this cloth varies between IDR 50,000 and IDR 350,000, depending on the item.

Meanwhile, you might be interested in typical Baduy pangsi clothes for IDR 180,000 to IDR 200,000 and key chains from wood to coconut shells to fruit seeds. 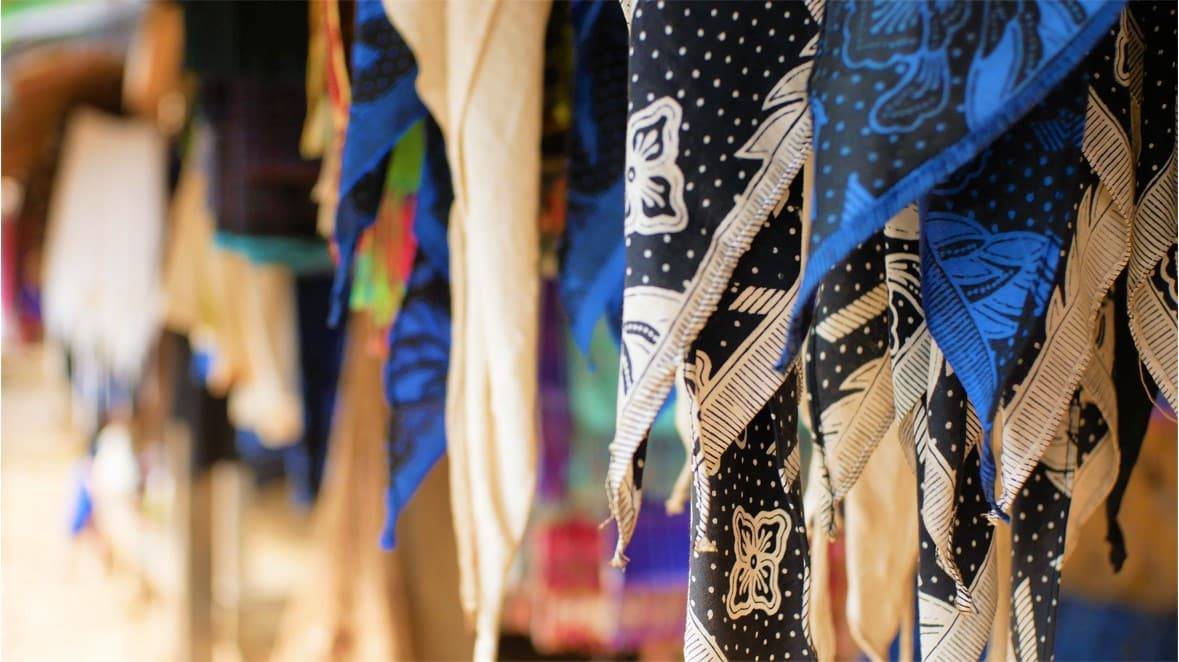 In addition to selling clothing, honey, and handicrafts to other areas, some Baduy communities also export goods. Even now, there are those who are pioneering to become porters or even tour guides for tourists visiting Baduy. 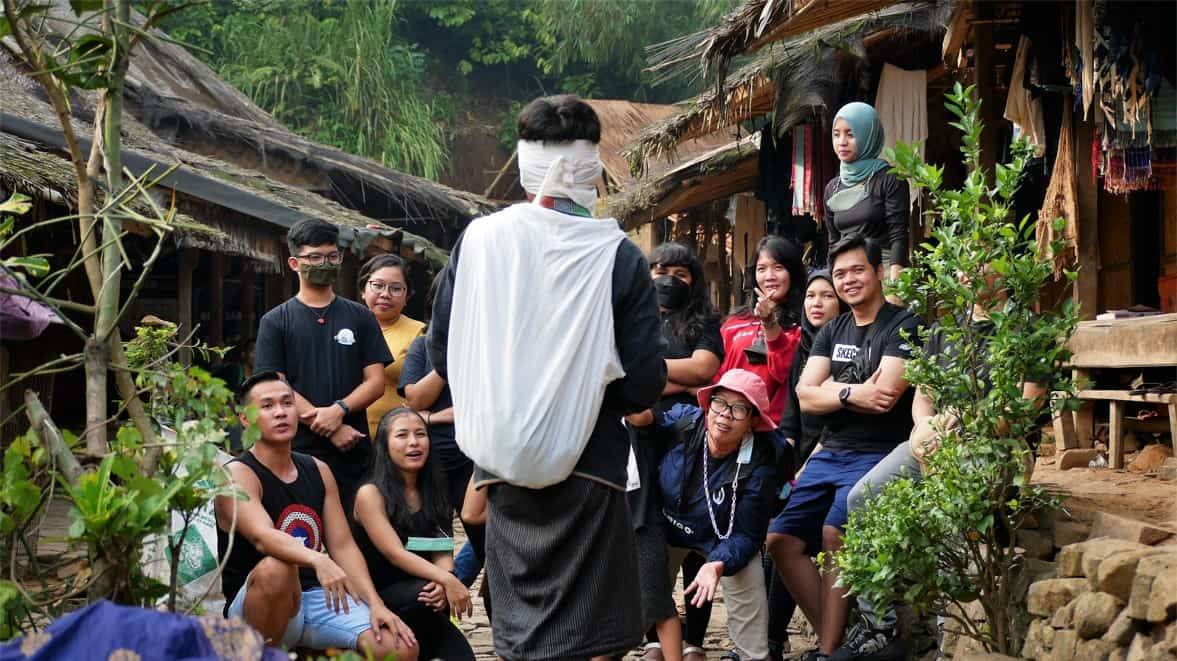 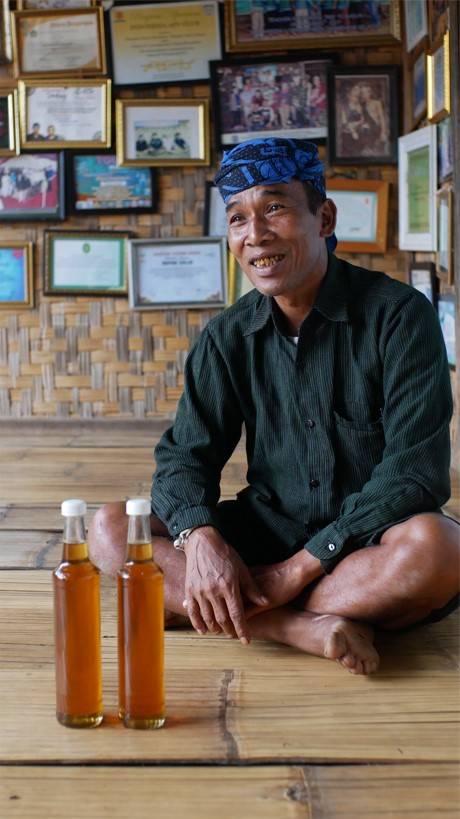 Due to its forest origins, Baduy honey is a type of forest honey of high quality. Forest honey is considered to have better benefits than ordinary honey due to its higher natural content.

In general, Baduy honey is cloudier in color. Pure honey has a more concentrated color due to the leftover pollen or beehives that are not properly filtered because they are naturally produced.

As for the honey, it is very similar to the "Odeng" honey taken from other forests in Banten. There is a possibility that the Baduy people are seeking honey in some other zones besides the customary land environment.

In the past years, different types of diseases were believed to be cured by the honey produced in the Baduy forest, including diabetes, gout, cholesterol, rheumatism, anemia, and kidney stones.

In Islam, honey is even mentioned in a special letter called An-Nahl, which means The Bee. 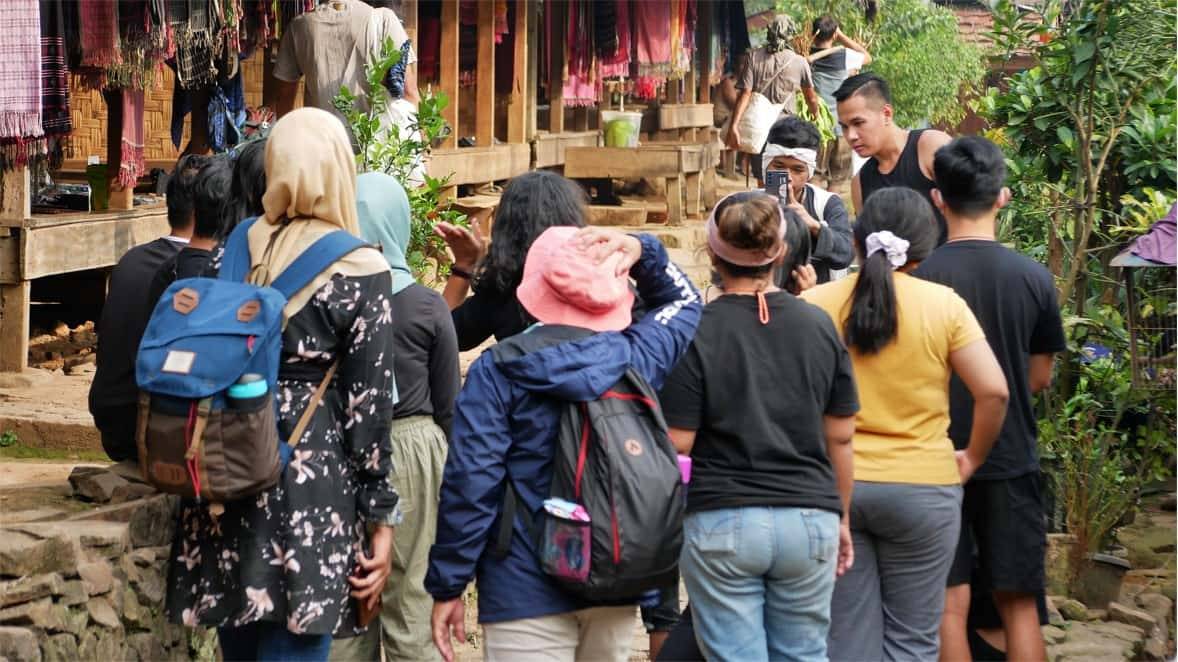 Kanekes Village is located about 160 kilometers from Jakarta, while the distance from the central government of Banten Province in Serang city is about 78 kilometers.

In fact, the journey to Baduy is quite exhausting, despite its close proximity to Jakarta.

Commuter trains take around two hours to get to Rangkasbitung from Jakarta. Once you reach Lebak Regency's capital, you can proceed to Baduy by boarding a local minibus.

Two routes are available, Ciboleger and Cijahe. Ciboleger is more tourist-friendly, offers full facilities, and the atmosphere is bustling. However, this path would require four to five hours of walking.

Likewise, the Cijahe route is in poor condition and has potholes. Driving to Cijahe by vehicle was more challenging than expected. The scenery around Cijahe is comprised of border villages, hills, and fields.

You just walk for an hour. A bamboo bridge will lead you to the village of Cikeusik, Inner Baduy. 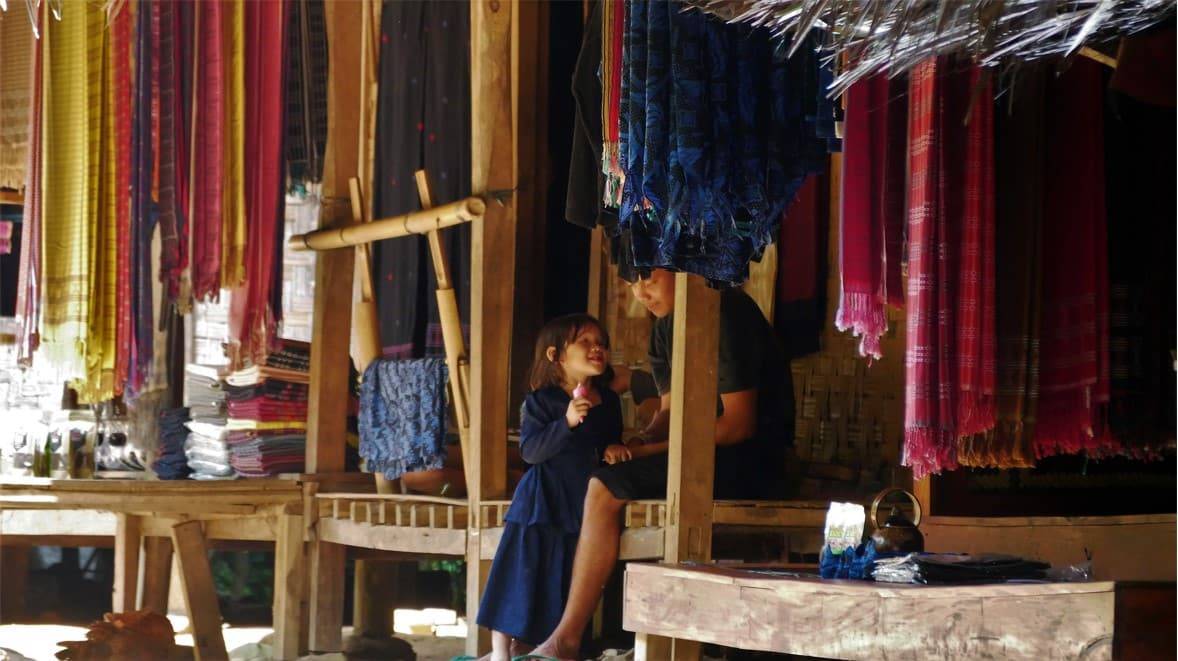 Inner Baduy houses are made of woven bamboo. Basically, it consists of two rooms and a stage. The first room is a box, where the host eats and sleeps.

There is also a fairly large room outside the box, where you can sleep in a row. As it is made of woven bamboo, you can feel the freeze while sleeping.

It is taboo to use technology in Inner Baduy. This area is prohibited from using electricity, cell phones, or cameras.

It is not permitted to use even household appliances like nails and saws, including those who stay overnight.

A mandate passed down from generation to generation by their ancestors is very important to the residents of Inner Baduy. 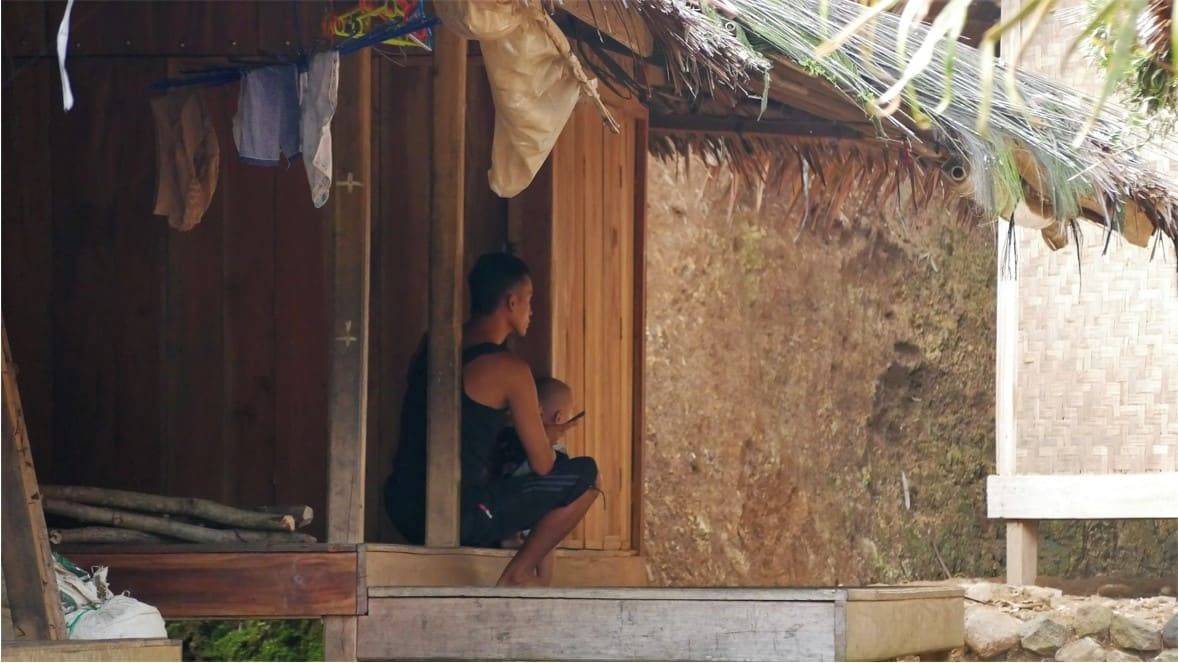 Consequently, you can enjoy the night-time silence while talking to the host to get rid of boredom. There is typically a friendly atmosphere among the Inner Baduy tribe's hosts, who will tell you many interesting stories about their tribe.

You can also stay in the Outer Baduy house, then take a car right to the settlement, if you do not want to be too far away.

On weekends, you can still feel the sensation of sleeping on woven bamboo without electricity, for 300,000 per night.

They have put in public toilets here so that you don't need to worry if you want to clean yourself.

While you are there, you can stop for lunch at an Outer Baduy house if you do not wish to stay overnight. If you plan in advance you can order food or you can bring your own meal to share with the Baduy community.

Travelers planning to go to Baduy village should still follow protocol, given the current condition of the COVID-19 pandemic.

So what are you waiting for? Invite your family and friends and discover what makes the Baduy tribe so exotic