Best Destinations in USA for Muslims 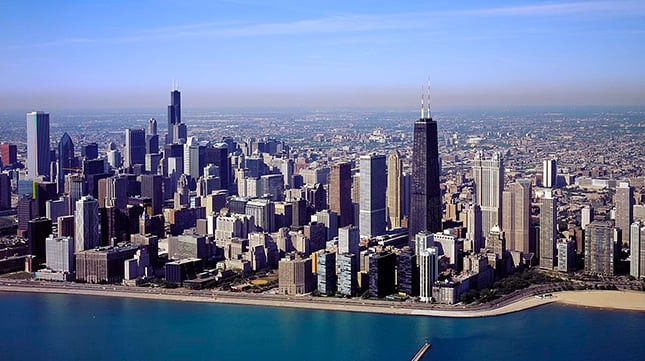 With 50 states, huge cities and a population of over 313 million people, the United States of America is a vast and diverse place to visit. It is home to numerous iconic landmarks, world wonders and world-renowned sights, offering plenty to explore. Apart from its attractions, there are several destinations in USA that have plenty in store for Muslim travellers. In the past, the Muslim community living in USA comprised a very small number. However Islam is now one of the most rapidly growing religions in the country and has become the third largest faith, behind Christianity and Judaism. The US is home to over 2 million Muslims and has over 2,000 mosques across the country.  Some regions in particular are home to large and active Muslim communities. Facilities such as prayer facilities and Halal food will be readily available in such areas and can make Muslim travellers feel very welcome. The four US states with the largest Muslim populations are Illinois, Virginia, New York and New Jersey.

Illinois is the 5th most populous state in the US and is found towards the north east of the country. Muslim travellers will be able to find an active Muslim community in the area, particularly in Chicago - which is home to over 400,000 Muslims. Over 60 Halal restaurants and nearly 30 mosques can be found in Chicago and the city is also occasionally host to Halal food festivals.

Being the birthplace of America, Virgina is a state rich in history and offers a diverse range of landscapes and natural sights for travellers. Quite a large Muslim community can be found in the state, where Islam remains one of the fastest growing religions.

New Jersey is a state located towards the northeast of the country and is also the second-richest state based on median household income. It is famed for its beaches and attractions and has plenty in store for travellers. A sizable Muslim community resides in New Jersey and facilities should not be very difficult to find.

The state of New York is one of the most populous states and is located towards the north east of the country. It is home to some of USA's most famous attractions - the Statue of Liberty, the Empire State Building, Central Park, Times Square, Brooklyn Bridge, Finger Lakes and the Niagara Falls. New York City - often dubbed the city of opportunities - is home to a diverse community of people including quite a large Muslim population. It is home to a total of 12 mosques and over 300 Halal restaurants, in addition to other facilities for Muslim travellers.