5 Best Hidden Gems Around the World for your Next Getaways

Traveling may sometimes seem like an expensive and exhausting experience when all you are doing is fighting the crowds. This is especially true in countries with well-known tourist attractions, such as Spain, France, and the United States of America.

Because of this, a growing number of people who visit the world are eschewing the well-trodden paths in favor of those that are less frequented.

In these less well-known locations, the cuisine is more genuine while being more affordable, the hotels are often less priced, and there is always a space on the beach available for you to use. If you are seeking new places to spend your vacation, you won't have any trouble finding a good selection of beaches or urban getaways to choose from. Regardless, here are a few hidden gems to visit. The Lauterbrunnen Valley in the Swiss Alps is home to a remarkable 72 waterfalls, making it one of the most waterfall-rich areas in the world. In addition, it is a very accessible site to visit since it is located just 70 kilometers south of Bern and a train ride to Interlaken takes only 20 minutes.

It would be a shame to pass up the opportunity to see the magnificent Trummelbach Falls. You may marvel at the 10 waterfalls that are tumbling down within the mountain from a variety of observation platforms thanks to the fact that you will be taken there by a tunnel, funicular, and lift.

In addition to the waterfalls, the whole region is filled to the brim with breathtaking landscape, which undergoes significant transformations depending on the time of year. If you want to take advantage of the walking trails that are located throughout the area, the best time to go is during the warm summer months. The Apostle Islands in Wisconsin are a perfect example of one of the many undiscovered hidden jewels in the United States. The Apostle Islands are a series of 22 islands in Lake Superior, not far from the Bayfield Peninsula. They are home to more than 800 plant species, some of which are endangered, and spectacular sandstone sea caves.

These are breathtaking any time of year, but in the winter, when Lake Superior freezes over, tourists may walk across the lake from Meyers Beach to the caverns, where frozen waterfalls and chambers filled with icicles await them. It is possible to explore the caverns by kayak during the warmer months. 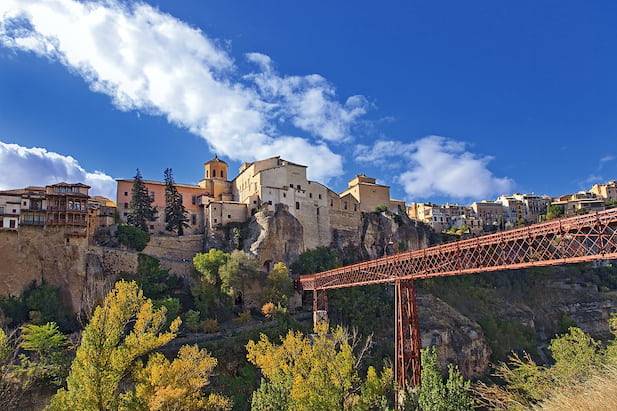 Cuenca, located in the middle of Spain between Madrid and Valencia, is famous for its Hanging Houses (Casas Colgadas) high over the Hussar River. However, the whole city has been designated as a World Heritage Site by UNESCO.

The old walled town, which has Spain's earliest Gothic Cathedral, gracefully merges into the bucolic scenery it looms above. We recommend going in either June or September when temperatures are milder than they are in the heat of summer and rainfall is less frequent than it is in the spring and fall. 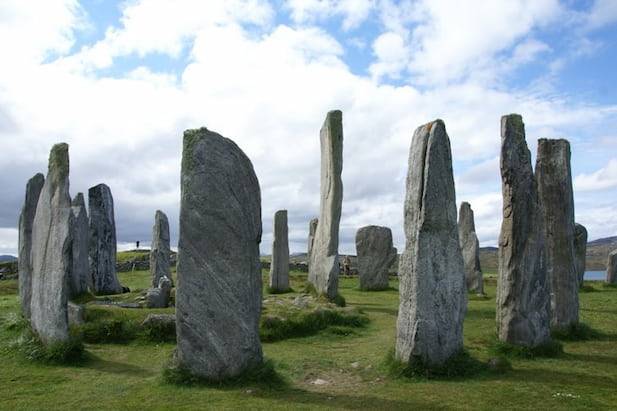 The Outer Hebrides are a group of Scottish islands outside the more well-known Inner Hebrides. They include Lewis, St. Kilda, Harris, and a small number of other inhabited islands, as well as another fifty or so uninhabited islands. If you're looking to get away from it all and calm down a little, this is the ideal destination for you.

Harris has numerous stunning beaches, such as Seilebost and Luskentyre, and is a great place to go kitesurfing, kayaking, birdwatching, hiking, or cycling. 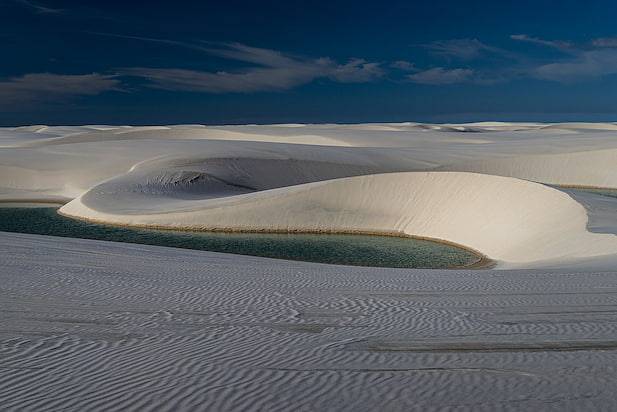 Lençóis Maranhenses National Park is a once-in-a-lifetime opportunity, and it's not far from Barreirinhas in Brazil's northeast. You'll have to see the lagoons and sand dunes for yourself to believe it; the pictures on postcards and travel guides can't do them credit.

From Sao Luis, the capital of the state of Maranho, a three-hour journey brings you to Barreirinhas, where you may go on a boat tour or a 4x4 adventure. The lagoons are at their largest and most photogenic from July through September.

Which of these places would you like to visit?