Discover KL In 3 Days Like A True Local With Fatin Days! Only The Best Places to Visit and Eat in Kuala Lumpur, Malaysia

Kuala Lumpur is unlike anywhere else in the world. It is a city where the three main ethnicities Malay, Chinese and Indian people proudly call home. A city where you can find mixed blood everywhere, everyone speaks more than three dialects and even make up our own slang by combining different words from other dialects together. And the local cuisine is a mouth-watering blend of all three cultures, Malaysia Truly Asia!

Kuala Lumpur (KL) will completely exceed your expectations. Explore the multicultural city with different languages, cultures, religions, traditions and food mixed together and cohabitate peacefully, seamlessly and really create a diverse culture. Be fascinated by how in one place you can see plenty of mosques, you will also see South Indian Hindu Temples, Chinese temples and Catholic churches in the city that makes it one of the impressive multicultural cities on the planet.

Whether you only have a few hours, or trying to explore Kuala Lumpur in 3 days, you can build an awesome itinerary and check out all the top things to do.

Here’s everything you need to know for the best places to visit and eat in KL!

DAY 1 In Kuala Lumpur: Start at the iconic landmark of KLCC 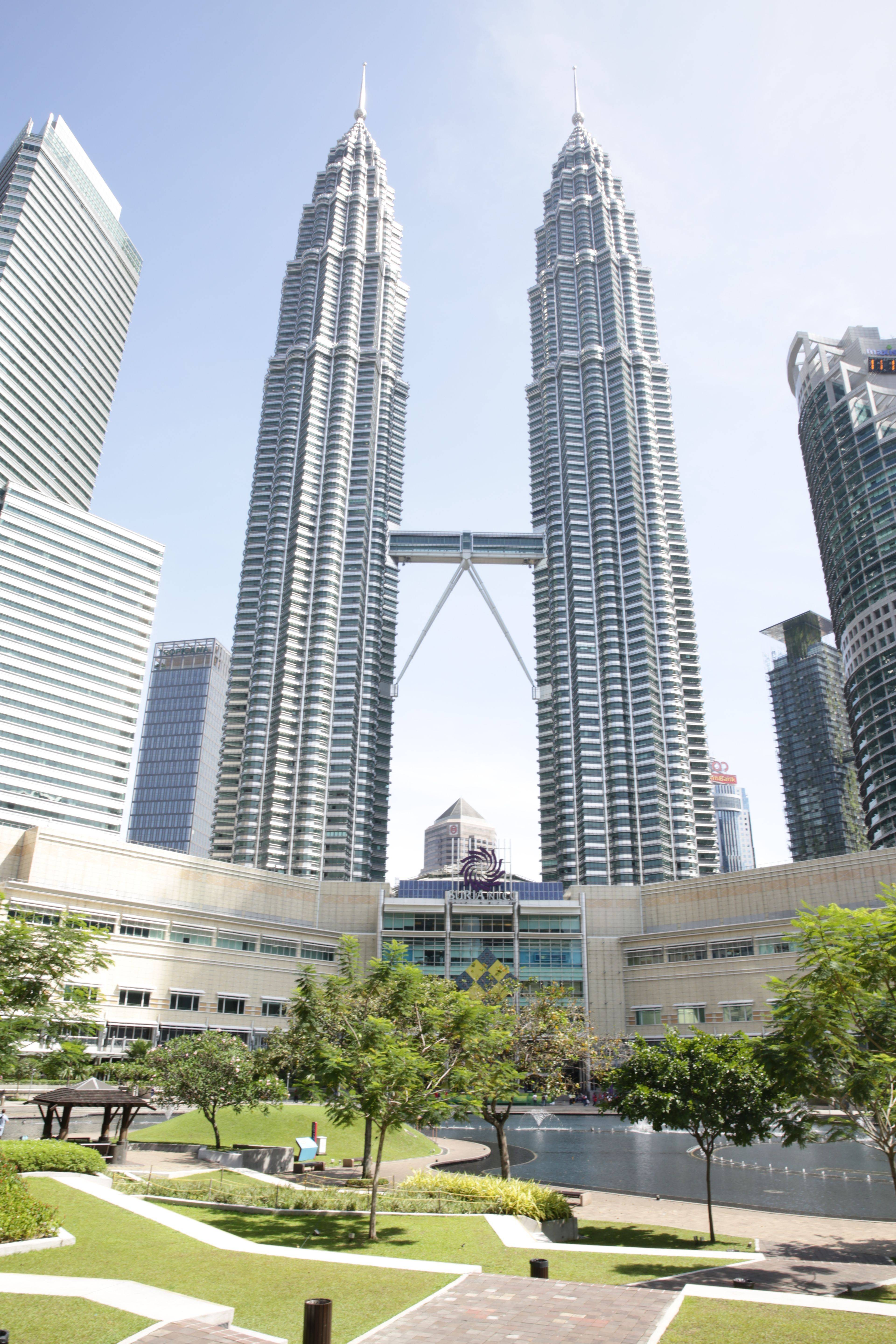 You can’t visit KL without checking out the iconic Petronas Twin Towers (KLCC). Majestic by day and sparkling at night, Petronas Twin Towers is jaw-droppingly impressive. Soaring at a height of 451.9 meters, the 88-storey twin structure holds records such as the tallest building in the world from 1998 to 2004 and remains the tallest twin towers in the world. If you are not up for reaching the top, you should at least see it from the ground. 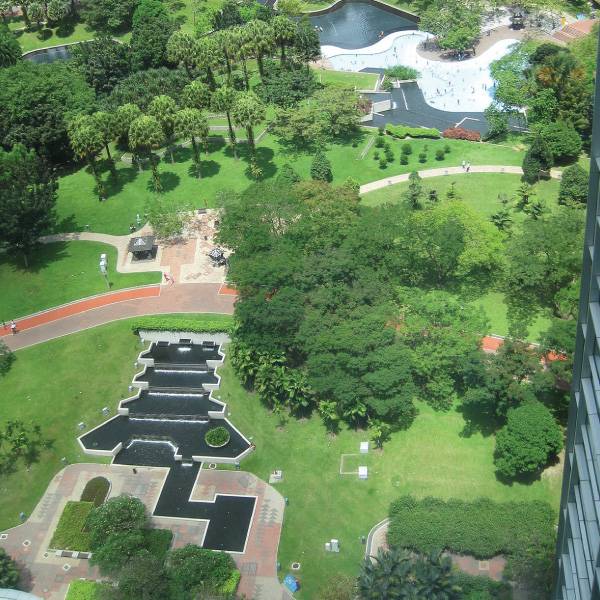 For a perfect view of the KL city, come to the Skybridge and look from the tallest twin towers in the world. The tour will begin with interactive displays that showcase the KLCC journey, from idea to completion. Going up to 170 meters, the futuristic elevator will bring you to the Skybridge, connecting structure between the two towers. Ascend to the observation deck at level 86 in a high speed elevator. From the observation deck, the view of the city is really breathtaking. 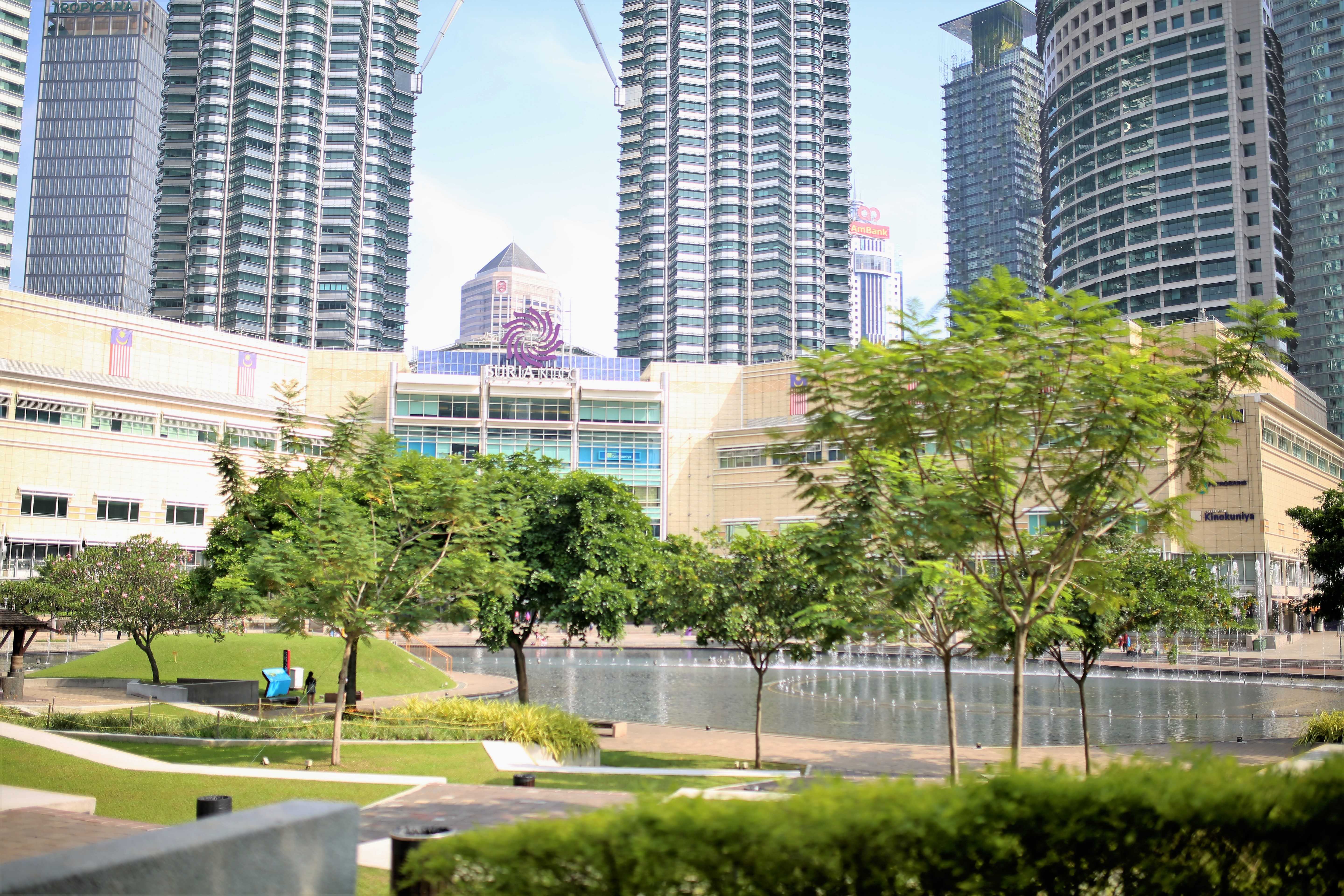 Located at the foot of the giant Petronas Towers, it is the place where you can relax by the lakeside pond, green lawns and admire the city’s skyline. Known as KL’s most popular park, the 50-acre (20-hectare) park is the city’s popular recreation destination for both locals and tourist. A perfect place for families as KLCC Park is child friendly with a well-equipped playground and large children’s pool which is perfect for cooling off on a hot day that will keep them busy while you relax. 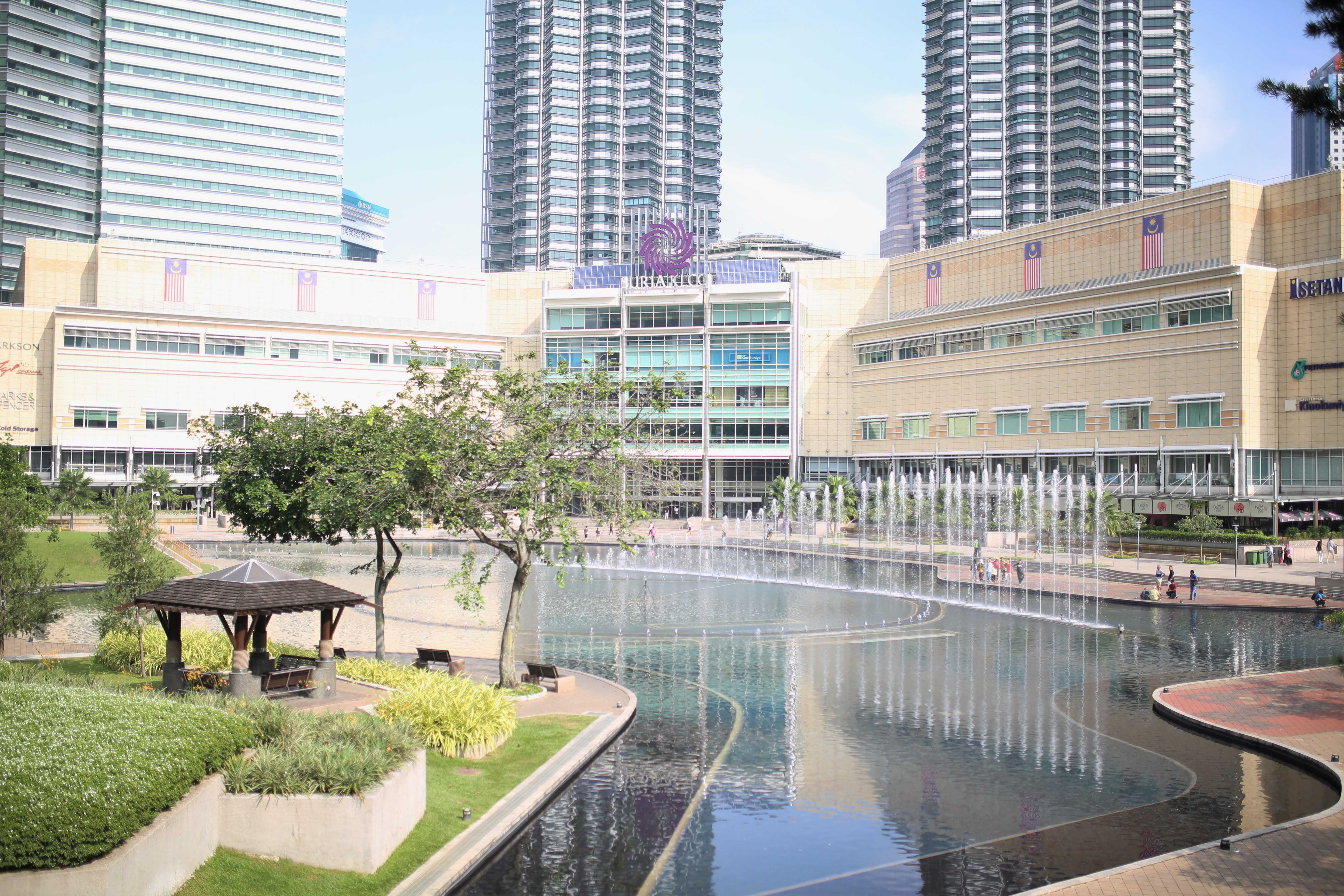 Get some selfies in front of KL’s beautiful fountains. The spectacular dancing water fountain is one of the main highlight of KLCC. Plan to visit these striking fountains at least twice to get the day time and night time view. Certainly the KLCC fountain show will be more magnificent and impressive at night when you can watch both towers are lit with lights and the water fountain in KLCC Park lights up in different colours and dances to the tones of the music. The KLCC fountain light show times are every night at 20:00, 21:00 and 21:45. Watch it as many times as you want. 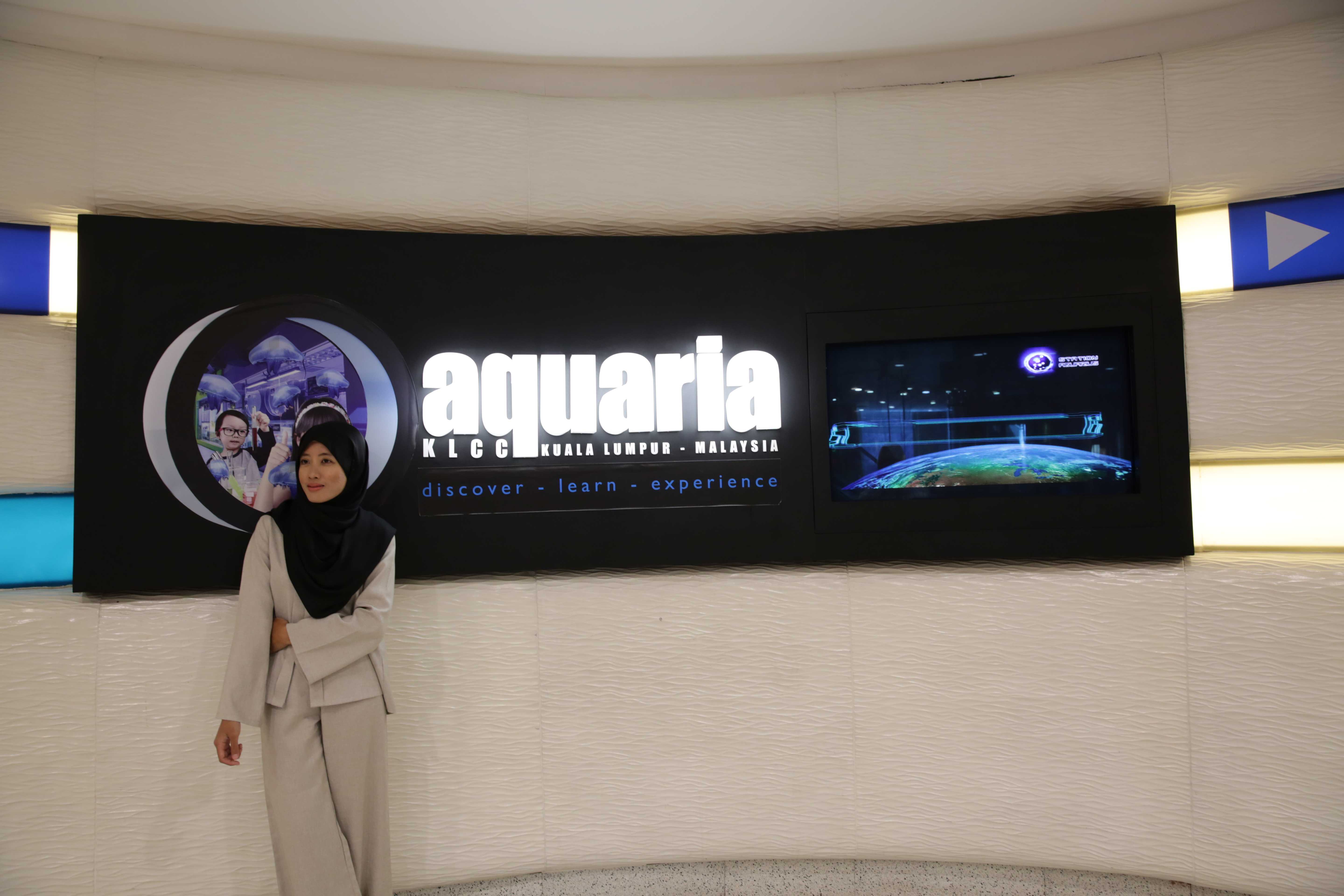 Located within walking distance from the iconic Petronas Twin Towers, it is home to over 150 species of marine life. 3 main highlights in Aquaria KLCC are the Oceanarium, live feeding session show and the interactive area known as Touch Pool. Marvel the sea creatures swimming around in one of the largest aquariums in Southeast Asia!

Where to Eat in KLCC & Bukit Bintang? 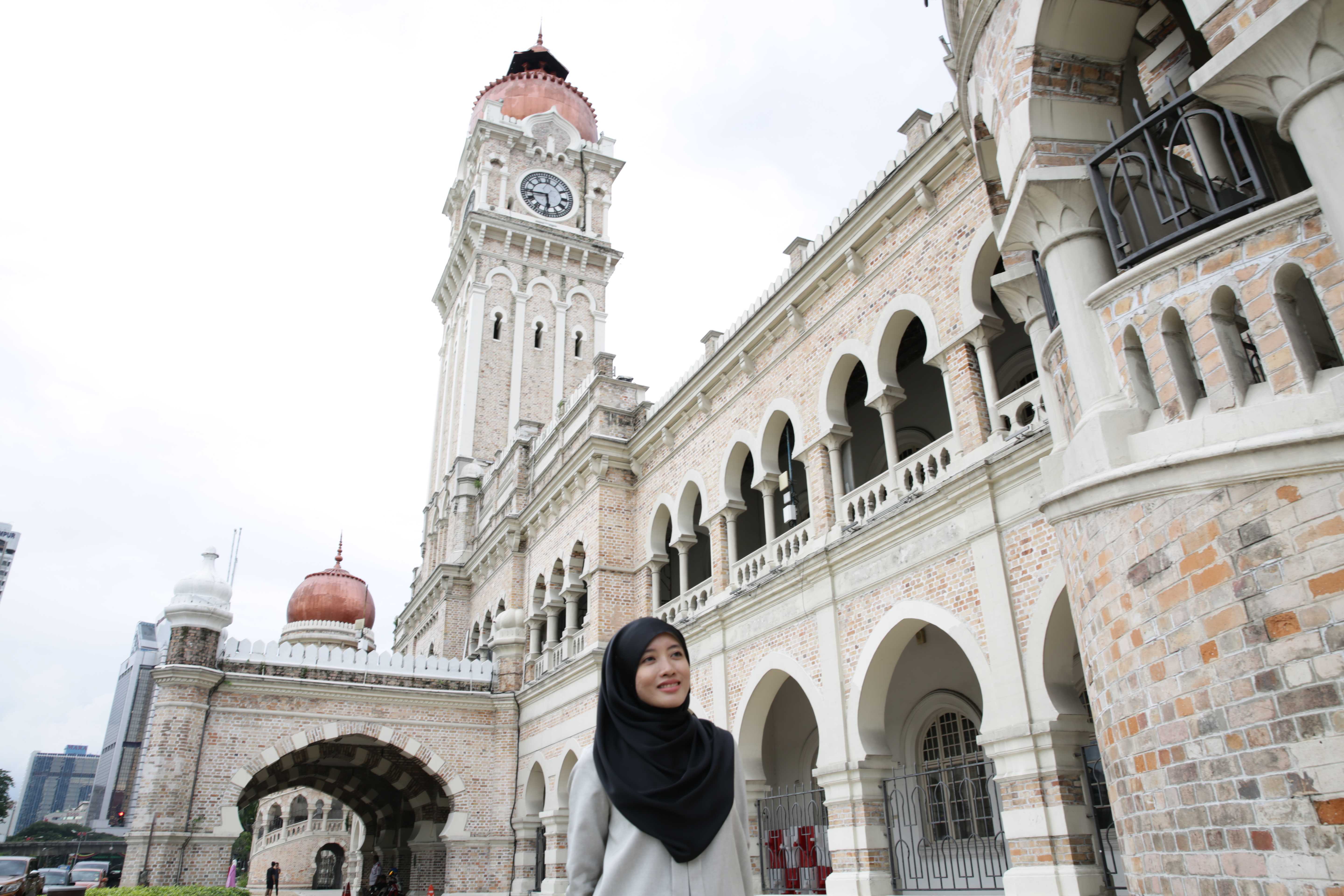 It was a love at first sight when you hit the Big Ben of Malaysia. The name of the orange building is Bangunan Sultan Abdul Samad, an Old Colonial Center. Right across the Malaysia’s Big Ben is the actual Merdeka Square. The famous Merdeka Square area is a charming district line with British old colonial buildings.

Merdeka Square or Independence Square is an important landmark location in Kuala Lumpur. This is where the Union Jack was lowered and the Malaysian flag was raised for the first time on the 31st August 1957. From that moment, the Malaysian flag proudly flies here on one of the tallest flagpoles in the world at a height of 95 meters. 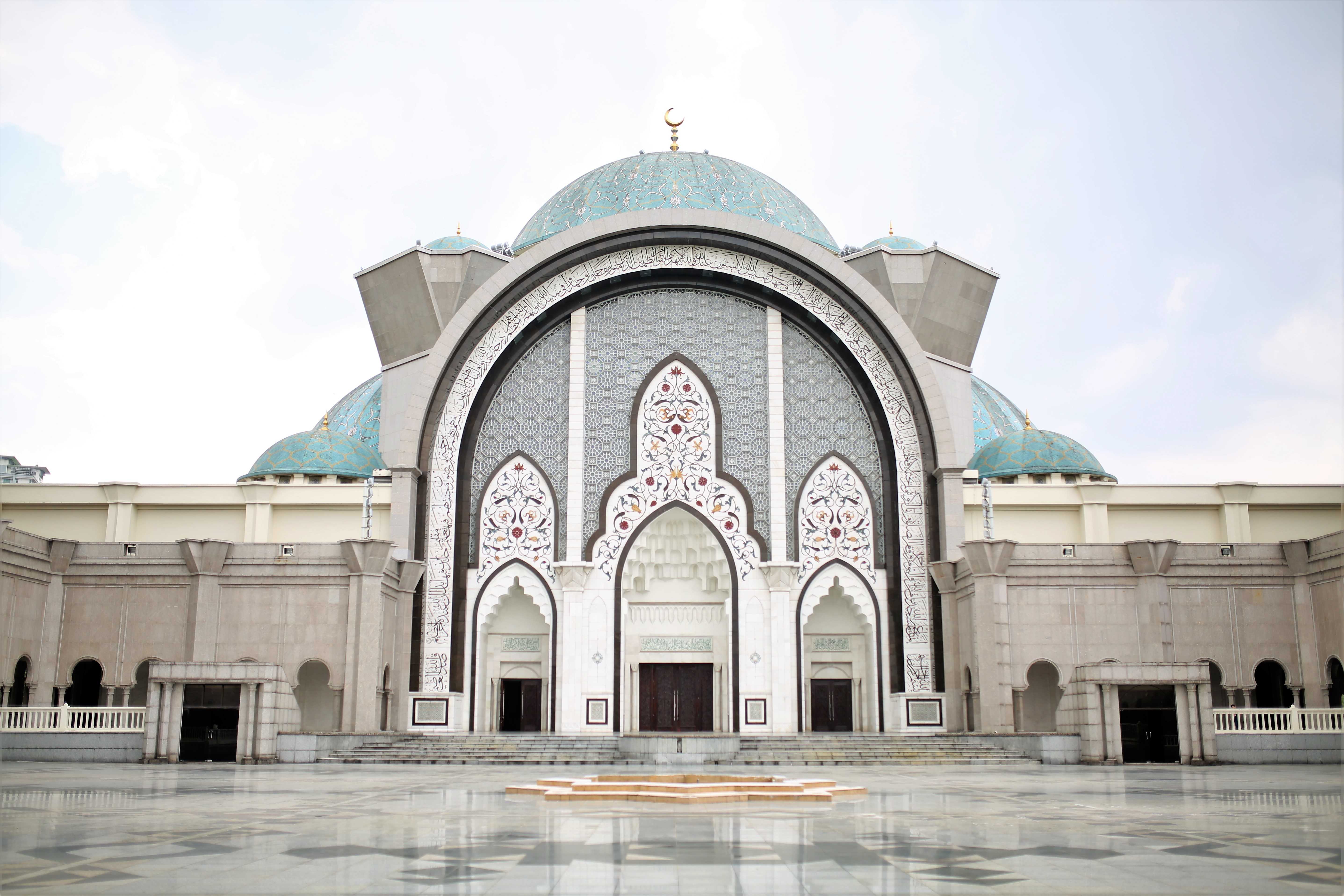 You don’t need to know any Muslim to visit the mosques. Non-Muslim visitors are welcome to visit the mosque with free tours from 10am to 6pm daily, except on Friday 12pm to 2.30pm. Come to Entrance B and there are volunteers excited to show you around mainly explaining about the architecture, Islamic teachings, Muslim way of life and to answer any questions you might have about the Islamic faith.

The Majestic Wilayah Mosque is a blend of Turkish and Malay architectural styles, heavily influenced by the Blue Mosque in Istanbul, Turkey. The mosque can hold 17,000 people and the prayer room inside really beautiful. 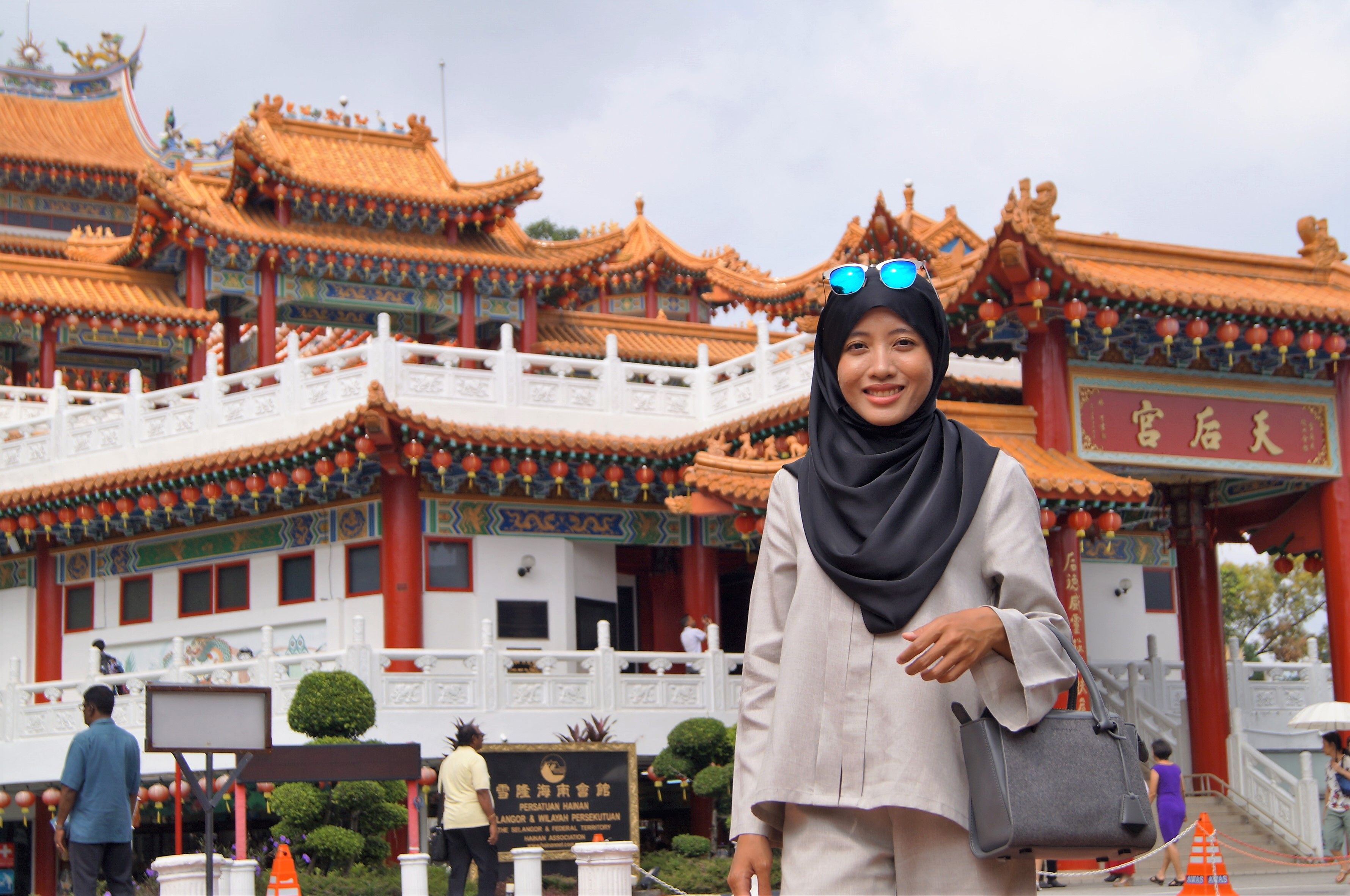 This prominent temple is a huge and important Chinese temple in Kuala Lumpur. A massive six-tiered Chinese temple, it is set on a hill and offers wonderful views over Kuala Lumpur. The temple is a blend of Buddhist, Taoist and Confucian elements can be seen from the temple’s traditional design featuring majestic pillars, spectacular roofs, carvings and embellishments.

During Chinese New Year, tourists make their way to see the temple decked with festive lanterns and lights. 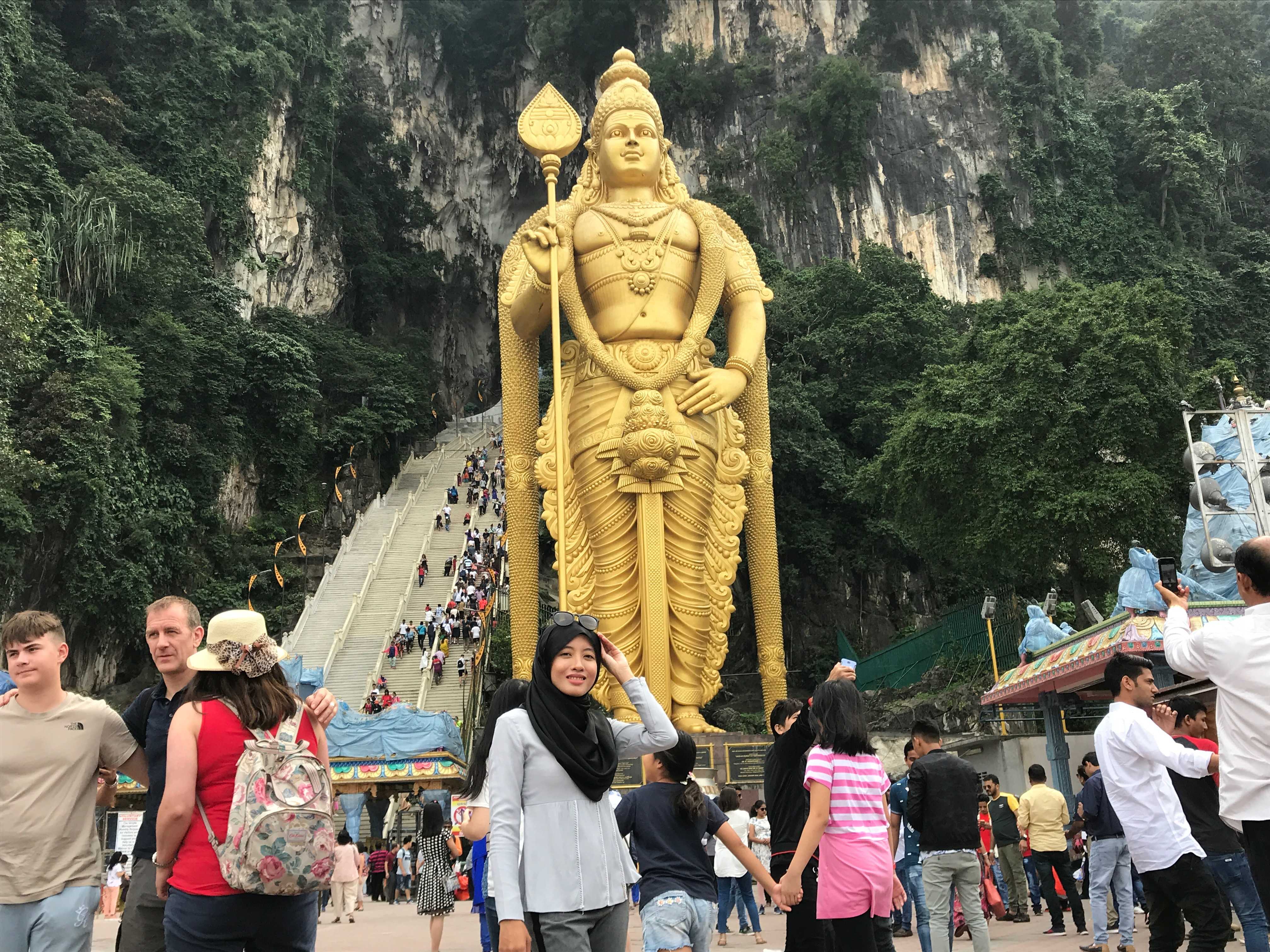 Batu Caves is an important religious landmark by Hindus. It is one of the most popular Hindu shrines outside India and it really does feel like you are stepping into Southern India. Don’t forget your hiking shoes to climb up the 272 steps to reach the main temple. Cathedral Cave is the largest and most popular cavern in Batu Caves which houses numerous Hindu shrines. The enormous standing guard at the front of Batu Caves is 42.7 meters tall statue of Lord Murugan. 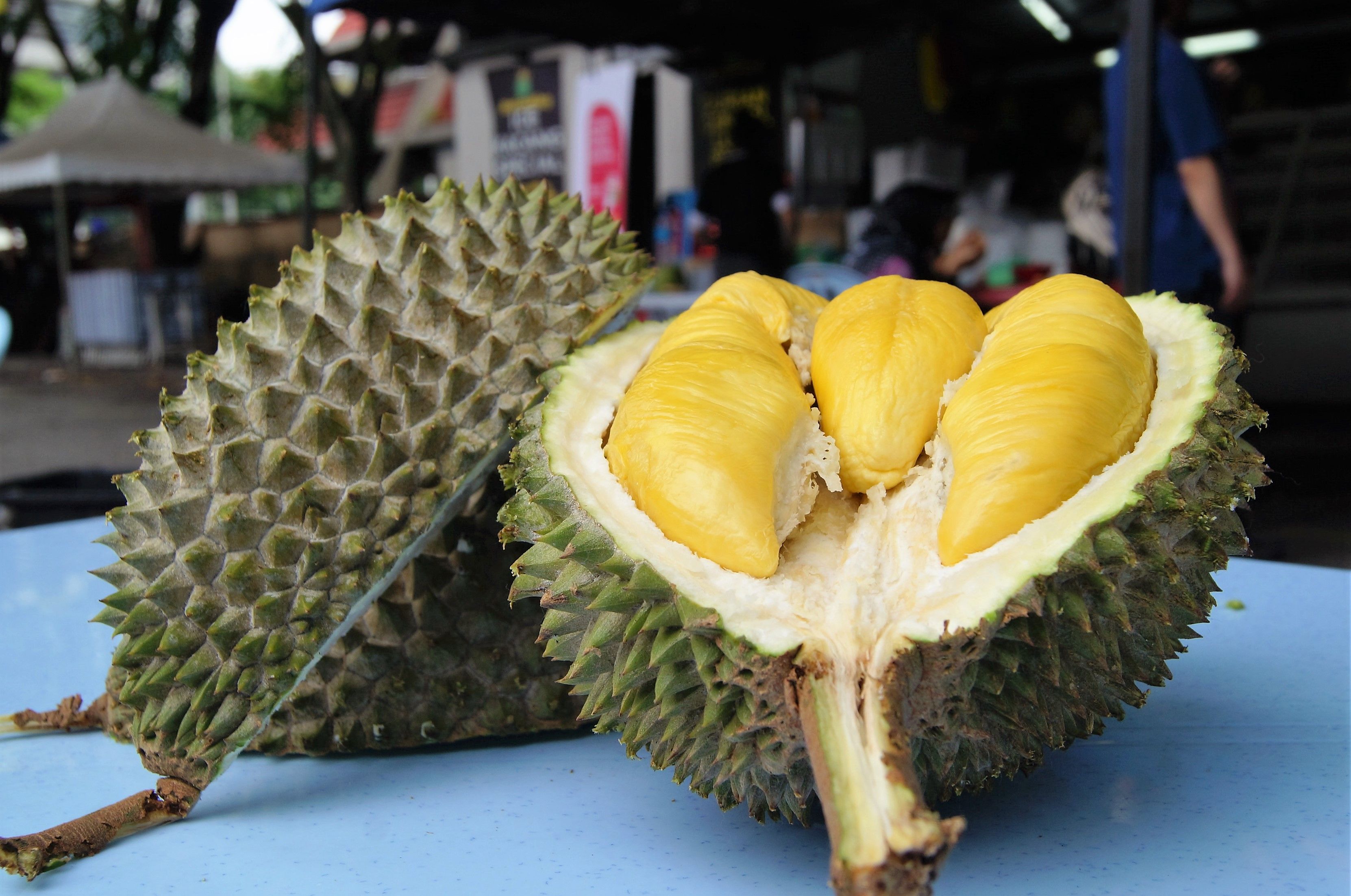 Spend some time to eat durian in KL. Durian will be cheaper if you visit Kuala Lumpur during the main durian season. If you can’t do that, these are the five places for all year round durian dining experience in Kuala Lumpur.


Where to Eat in Petaling Jaya?

#DAY 3 In Kuala Lumpur: Pamper Yourself 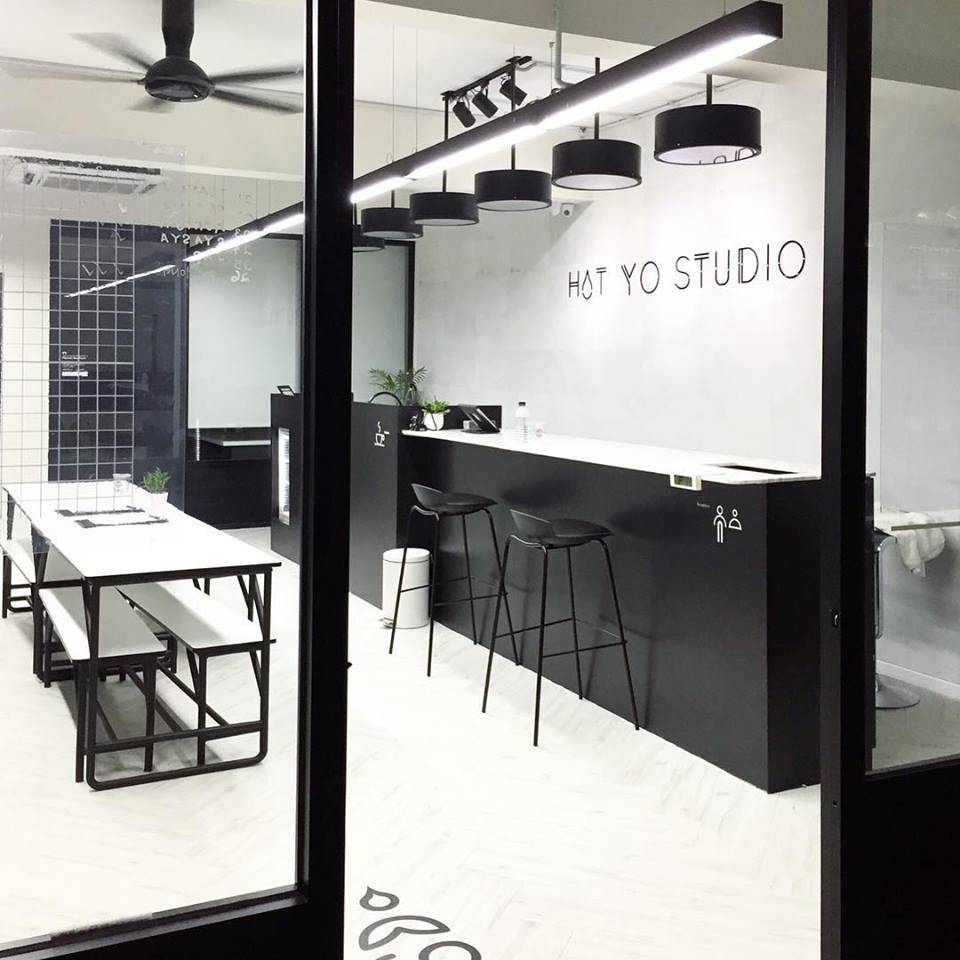 Whether you are a yogi or trying yoga or Pilates for the first time, KL has one of the best yoga or Pilates class for everyone. Most of the yoga studios run by dedicated and professional have English speaking instructors. If you are shy, you can take ladies only class by Siu Lim. Currently she is an instructor at Urban Spring Pilates at Bangsar and Hot Yo Studio at Desa Sri Hartamas.

#12 Relax at Massage Spa in KL 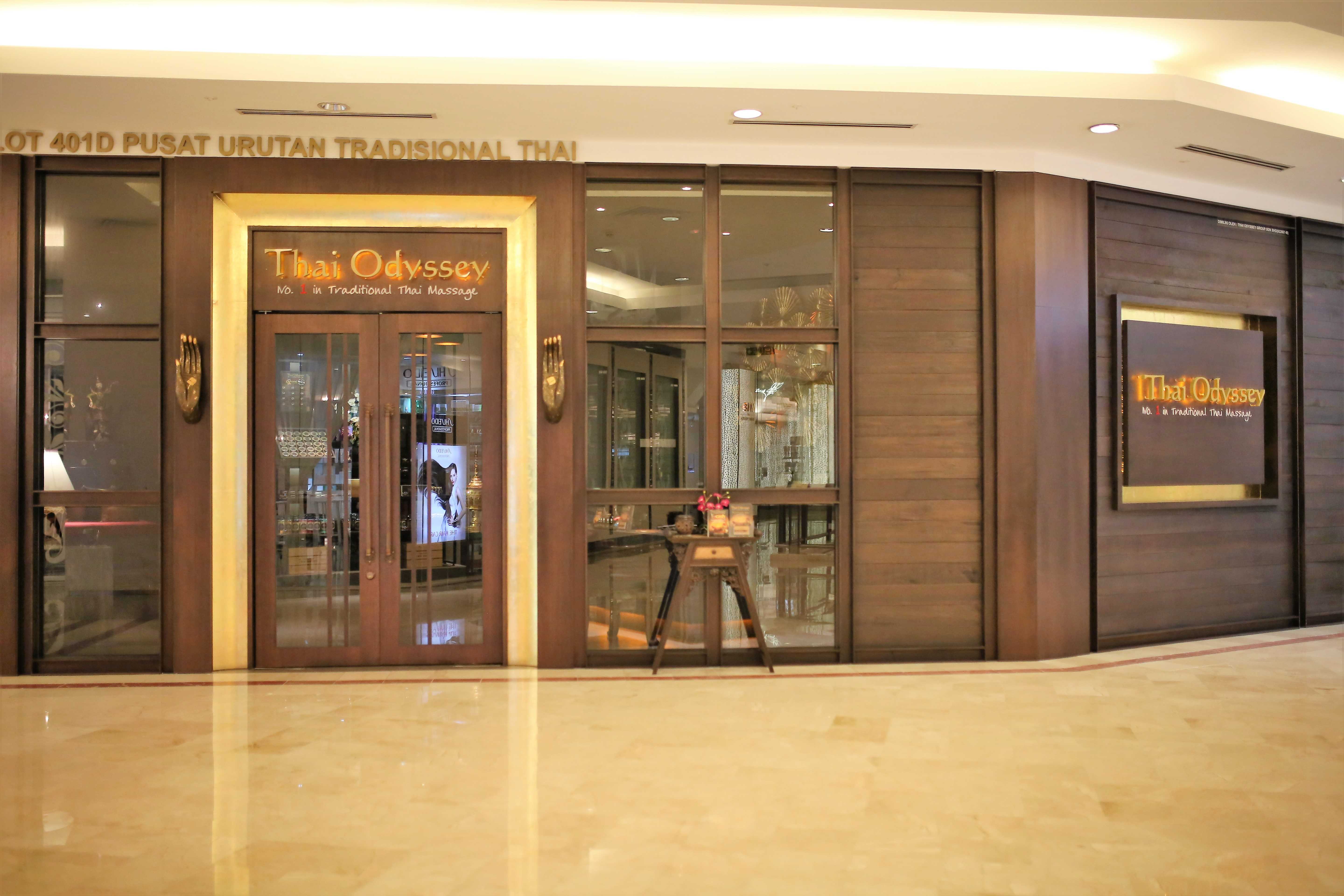 If you love massage or spa as much as I do, deep tissue massage at Urban Retreat Spa is a must! Urban Retreat Spa has also been awarded 2018 Certificate of Excellence! I also had an amazing Moroccan Massage at Hammam Spa. Hammam Spa is one of the first Moroccan Spa in South East Asia! Every time I fly to Thailand, I never miss to have a massage session in Bangkok or Phuket. The good news is KL now has many selections of Thai massage places such as at HealthLand and at Thai Odyssey.

#13 Get your Caffeine Fix at Coffee Shops 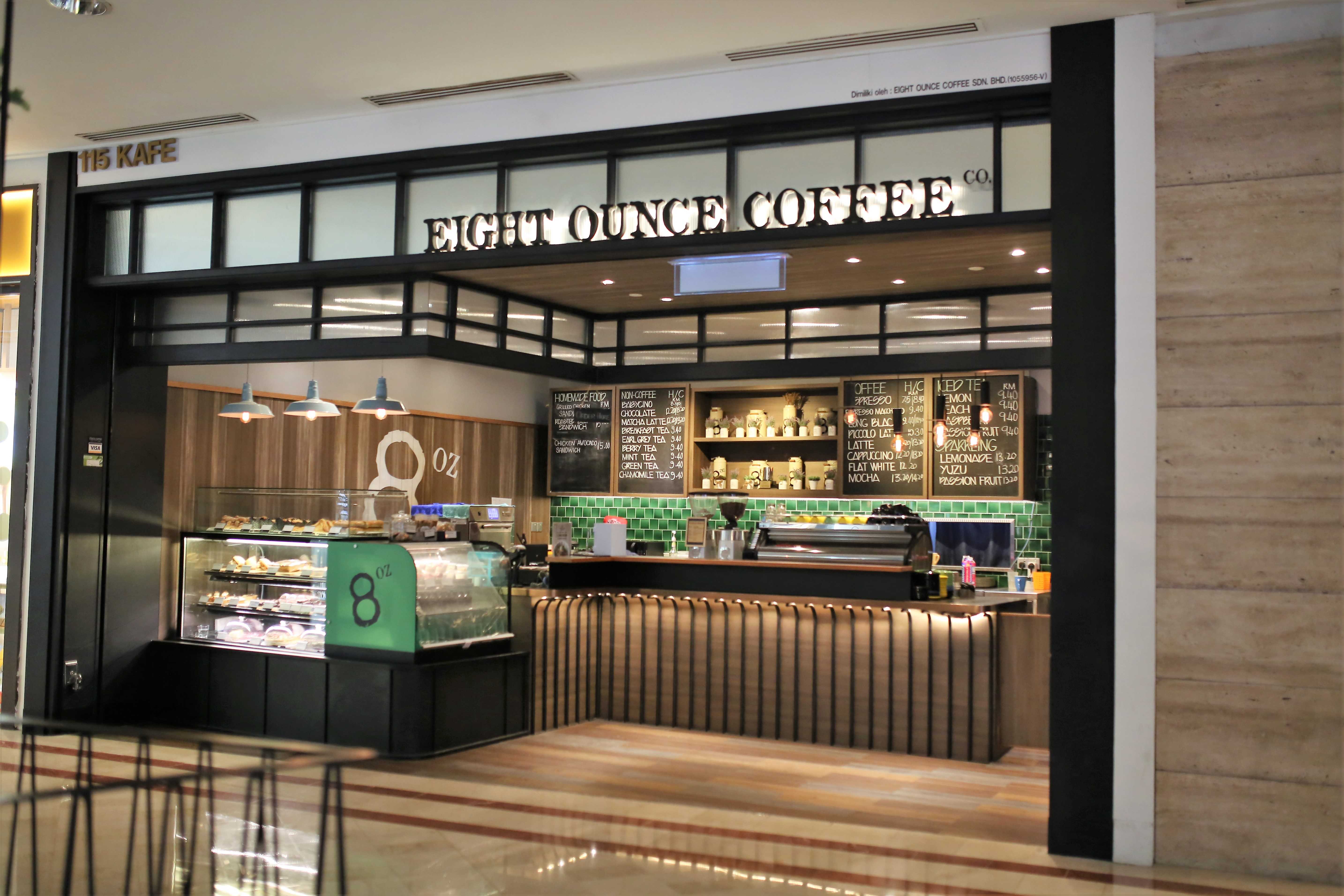 Don’t be shocked by the amount of coffee shops in KL. Depending on where you are staying, there are some great options all over the city. I really treasure my casual coffee session in Bangsar. There’s PULP by Papa Palheta and APW Bangsar to name a few. However, it gets quite crowded during the weekends and a visit during weekdays is much more pleasant. 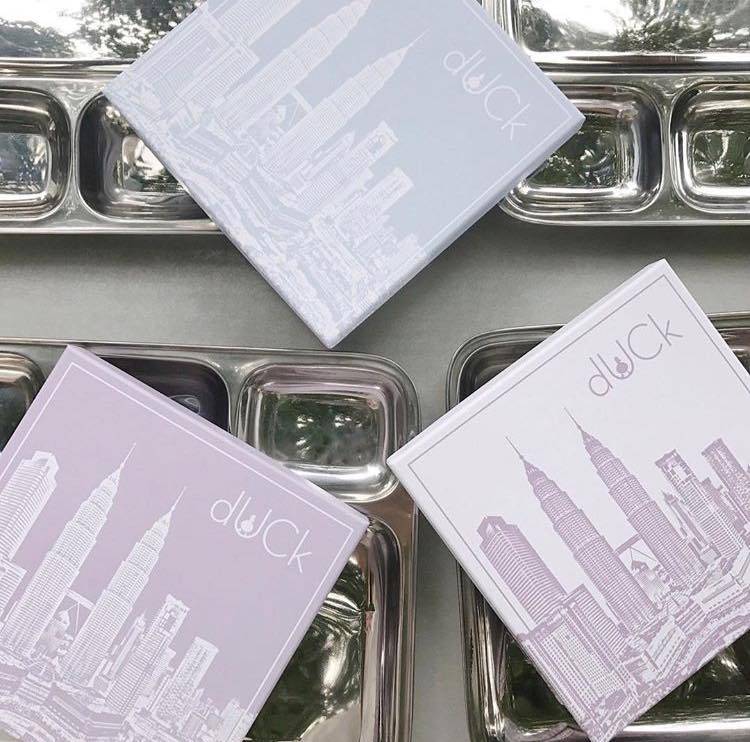 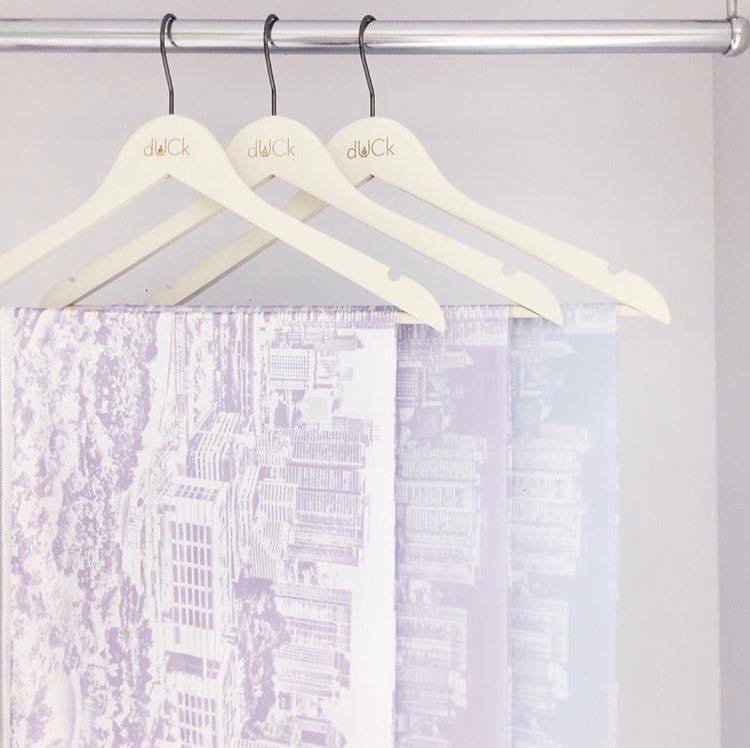 Finally, end your trip to do some shopping at Pavilion. I have a love hate relationship with Pavilion, particularly when the traffic gets crazy. It is walkable from KLCC or you can take a short Grab ride to get here. Go shopping at dUCk store, our popular home grown brand and choose dUCk KL Collection with KL city skyline on the scarf and on the tote bags for the perfect souvenir.

Where to Eat in Bangsar?

Make sure to check out my recommended eating places and it could be your favourite eating place too!