Best 8 Things to Do for Muslim Travelers in Cebu

There's a lot in store for Muslims traveling to Cebu island in the Philippines. Be it on a foggy mountain, on a hilltop temple with a breathtaking view, or inside a centuries-old Spanish fort.

And in this blog, we will introduce you to the eight best things every Muslim traveler must do in Cebu that would ultimately give you the best Halal vacation.

Tips for Muslim Travelers in Cebu 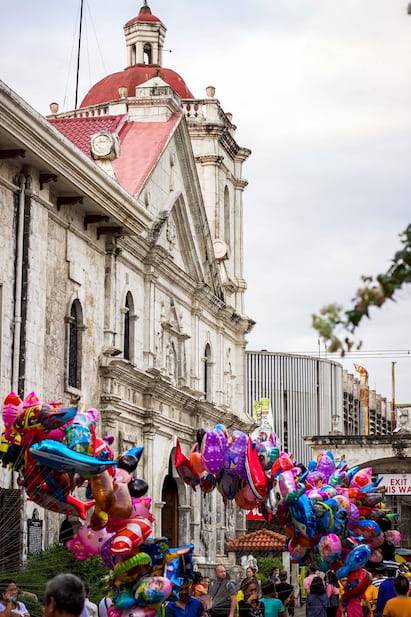 Cebu, like other parts of the Philippines, is a predominantly Christian community.

Its capital is Cebu City. The island's international airport, Mactan-Cebu International Airport (MCIA), is located in Lapu-Lapu City on Mactan Island and a two-hour ride away from Cebu City.

While there are only a few mosques and Halal-certified restaurants in Cebu, this did not stop Muslim tourists from traveling here.

In Cebu City, you can find the Cebu Muslim Mosque, also named the Al-Khairiah Mosque, along N. Bacalso Avenue in Mambaling. The Green Mosque is also in nearby Creekside Street.

With these in mind, let us proceed in showing you the best experiences and activities in Cebu that await Muslim travelers.

1. Take a Closer Look at the Philippines' Colonial Past 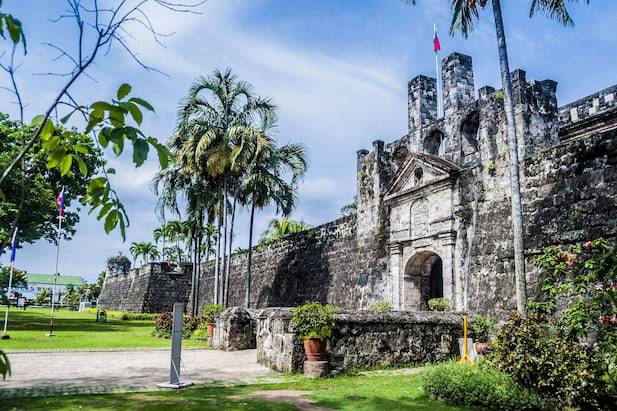 Cebu City is the oldest city in the Philippines. It was also the first Spanish settlement in Southeast Asia.

Here, you can find several heritage sites and other infrastructures dating back to the 1600s and 1700s that withstood time and tumultuous history like Fort San Pedro, the country's first triangular bastion port.

Built in 1738, Fort San Pedro is now a museum that formed part of Plaza Independencia park which sits right beside the domestic seaport of Cebu.

You can still explore more of the city's richly documented past right outside Fort San Pedro including meticulously restored ancestral houses in Pari-an such as the Casa-Gorordo Museum, 1730 Jesuit House, and Yap-Sandiego Ancestral House.

Also within the vicinity of Pari-an and Fort San Pedro are two of Cebu's most prominent Roman Catholic churches - the Cebu Metropolitan Cathedral and the Basilica Minore del Sto. Niño de Cebu.

These culturally significant properties were built during the Spanish colonial period of the Philippines. And history's marks can be visibly seen on their edifices.

Right next to Basilica Minore del Sto. Niño de Cebu is the shrine housing Magellan's Cross, believed to be the wooden cross Portuguese explorer Ferdinand Magellan planted on Cebu when he landed here around 500 years ago.

Magellan's arrival marked the beginning of Spanish colonization in the archipelago.

After strolling downtown Cebu City, don't forget to also pay a visit and pray at the Cebu League of Ulana for Propagation and Guidance found at the 3rd floor of Vistarama Building, Legaspi Street.

2. Learn More about Other Religions 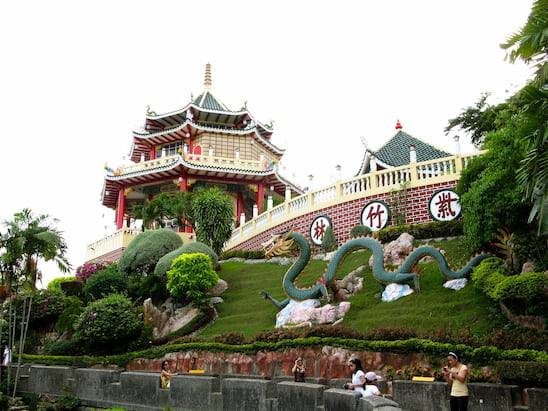 What makes Cebu even more beautiful is how different religions congregate here in harmony, creating a peace-loving community.

There are several worshipping sites in Cebu that are open for curious non-worshippers. For one, the Cebu Taoist Temple inside Beverly Hills Subdivision, Lahug in Cebu City.

A temple that sits 360 feet above sea level, Cebu Taoist Temple is the center of worship for Taoism on the island. It was built in the early 1970s by Cebu's Chinese community.

The temple grounds feature a replica of the Great Wall of China, and an undisturbed, panoramic view of downtown Cebu City.

Heading to the provincial part of Cebu, specifically in Sibonga town, you can find the Monastery of the Holy Eucharist.

Also known as the Simala-Lindogon Shrine, this castle-like Catholic church is located on the hilltops of Sitio Lindogon, Simala, Sibonga. 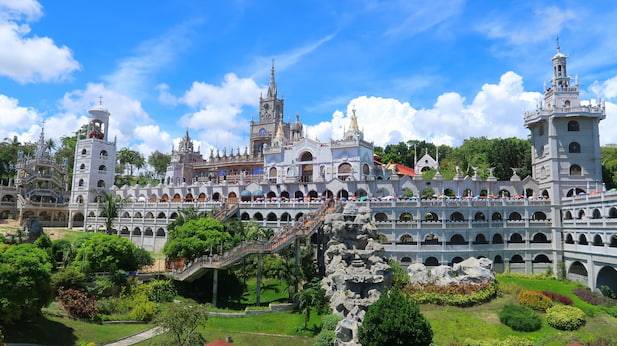 Devout Catholics pray and offer their thanksgiving here while non-Catholics often marvel at its grand structure - complete with towers, long-winding staircases, and statues and spires dotting all over the property.

To get there, you can board any provincial bus bound for Sibonga. Just tell the driver or bus conductor to drop you at the street corner leading to Simala Shrine. Then from there, ride a van-for-hire to Marian Hills.

Alternatively, you can take a van-for-hire that will transport you directly to Simala at the Kamagayan V-Hire (van-for-hire) Terminal in Junquera Street, Cebu City, right beside the University of San Carlos. 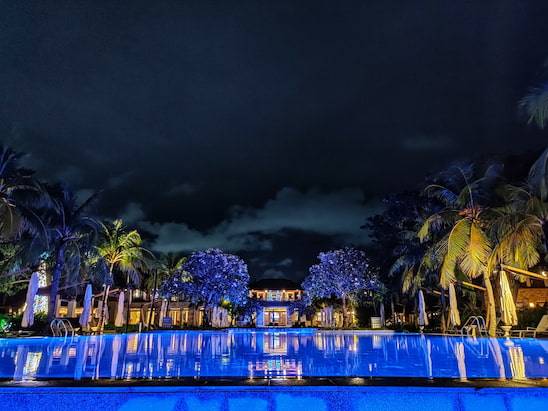 Mactan Island in Cebu is not only known as the place where thousands of warriors defeated Ferdinand Magellan and members of his Spanish expedition around 500 years ago.

Present-day Mactan is home to some of the Philippines' finest luxury resorts, including one with a Halal-certified kitchen.

When visiting Cebu, you can check out Crimson Resort and Spa - Mactan in Lapu-Lapu City. With a Crescentrating of 5, this five-star hotel and resort can immediately cater to the needs of Muslim travelers. 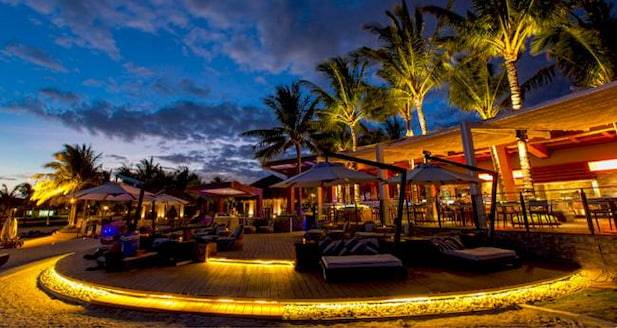 Muslim guests checking in at Crimson Resort can avail themselves of prayer mats and prayer timetables. Guest rooms have Quran and are marked with prayer directions for guests who wish to pray in privacy.

The establishment can also arrange special Halal banquets, and Iftar and Suhoor services are available during Ramadhan.

While staying in Lapu-Lapu City, you might as well visit Liberty Shrine or Mactan Shrine where the Lapulapu Monument, a towering bronze statue of Mactan's famed chieftain and the Philippines' first hero, Datu Lapulapu, stood.

The park also marks the approximate location where the actual Battle of Mactan took place 500 years ago.

Cebu annually celebrates the triumph their ancestors had over Spanish colonizers through a colorful and action-packed festival called Kadaugan sa Mactan (Victory at Mactan in English).

Held every 27th of April, its highlight is the reenactment of the epic battle on Mactan Shrine. If you are planning to visit Cebu around this date, you must not miss this. 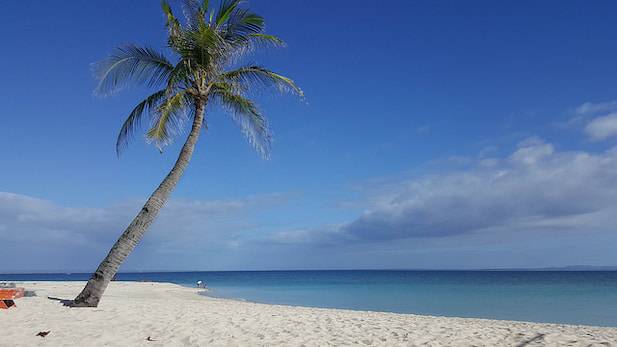 As an island, Cebu is surrounded by beaches, tons of it. And you do not need to travel far just so you can walk on fine, white-sand shores, and plunge into the warm, tropical sea.

Take a five-hour bus and barge trip to Santa Fe town in Bantayan Island where you can find its stretch of white sand beach that has been a magnet for beach-lovers all over the world.

Muslim travelers, however, must take note that Halal restaurants are hard to come by on Bantayan Island. But like in most parts of Cebu, their menus have vegetarian choices.

Down in southwest Cebu, there is also Bojo River in Aloguinsan town where you can experience and see first-hand how sustainable tourism works.

For just P650 (roughly US$ 13), guests are treated to a three-hour cruise on a tranquil river snaking its way to the sea, complemented with lunch consisting of local dishes, and environmental and history lessons. 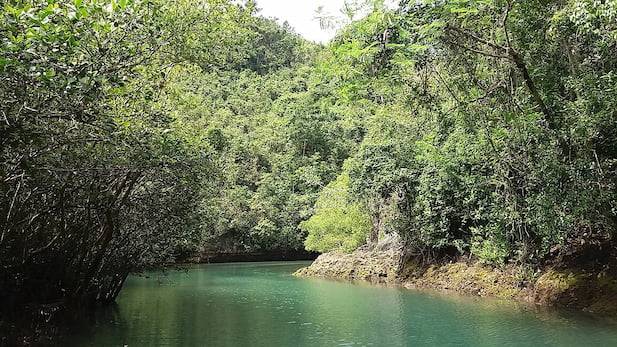 Farmers, weavers, and fishermen in Aloguinsan worked together with local officials and experts in Cebu to build the tourism model behind Bojo River Cruise, which was named multiple times as one of the Top 100 Sustainable Tourism Destinations in the world.

The initiative both aims to provide alternative livelihood to locals and promote environmental awareness to visitors.

5. Dine and Shop in the Heart of the City 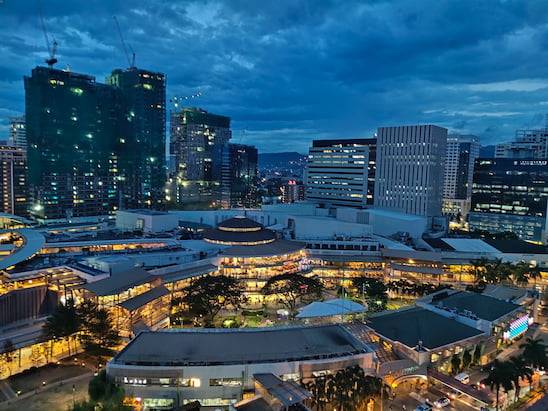 If shopping and retail therapy ease your anxieties when traveling, then you will have no worries when going to Cebu's metropolitan districts.

Often referred to as Metro Cebu, you can find hundreds, if not thousands, of shops here selling internationally renowned luxury goods, and local delicacies such as dried mangoes, dried fish, and otap (a local variety of puff pastry).

Before shopping, be mindful of your airline's check-in policies as they prohibit several food items, including dried fish, inside your carry-on baggage.

Finding the nearest Halal-certified restaurants all over Cebu could be quite a challenge but you can easily locate them in Metro Cebu. Additionally, they are budget-friendly, too!

Your options include Persian Palate which serves Indian, Mediterranean, and Middle Eastern dishes.

Even more good news - they have multiple branches in Cebu City. You can find them in Mango Square Mall along Gen. Maxilom Avenue, and in Ayala Center Cebu.

Cebu also has its fair share of modern-day attractions guaranteed to make your entire trip even more unforgettable.

Just a quick 30-minute ride uphill in Busay, Cebu City is the Temple of Leah. Similar to the Taj Mahal in India, it was built in honor of a mother and wife.

And just north of Temple of Leah is Tops Lookout that gives you a spectacular view of Metro Cebu's skyline. The admission fee here also starts at P100 (US$ 2).

7. Escape to the Mountains 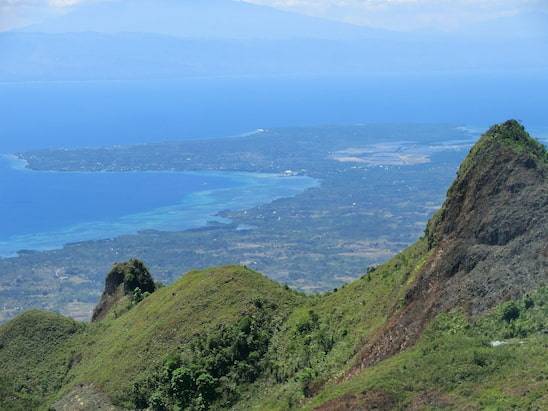 Cebu may have a highly developed urban area but much of its land area is covered with mountains. And they offer the perfect getaway for travelers who are tired of the busy streets.

When you want to escape to the mountains, just west of Cebu City is the town of Balamban with its mountain resorts and camping sites abound.

If you want to wake up to fresh air, surrounded by pine trees and an endless view of rugged mountain ranges blanketed with morning fog, just book a night or two in Balamban's mountain-side accommodations.

You can also visit the southern part of Cebu island, more specifically in the town of Dalaguete where you will find Mantalongon.

Mantalongon is also dubbed as the 'Vegetable Basket' of Cebu since most vegetables and other crops sold in the city markets are sourced here.

Aside from farm resorts where you can pick strawberries, and harvest fresh cabbages, Mantalongon is also an entryway to Osmeña Peak, the highest point of the Mantalungon Mountain Range, famous for its unique formation of jagged hills.

Travelers looking for a brief mountain trek at a surprisingly relaxed pace, with a panoramic 360-degree view of central and southern Cebu awaiting at the end of the trail, should definitely go to Osmeña Peak.

And if you are lucky, you can spend your afternoon watching the sunset before trodding back downhill.

8. Exploring the Rest of the Philippines

Cebu's location grants accessibility to nearby islands and provinces, and this is one of the reasons why a lot of travelers visiting the Philippines fly here.

MCIA serves as the hub for airlines serving direct flights to several countries such as South Korea, Japan, Taiwan, Hong Kong, Macau, Mainland China, Singapore, and even Qatar in the Middle East.

The airport also has prayer rooms in its domestic and international terminals intended for Muslim Travelers. You can find them at the South Wing portion of Terminal 1 (for domestic flights) and in the Pre-Departure Area of Terminal 2 (for international flights).

Furthermore, Cebu is a jumping point for popular tourist destinations around the Philippines. The airport offers direct flights to Siargao Island, Boracay, Palawan, and Camiguin Island in Mindanao.

Ferry rides to neighboring Dumaguete City and Bohol - where Panglao Island is found - can be accessed through Cebu Pier 1.

Find more tips on Halal vacation and other Muslim-friendly travel guides in Cebu and the Philippines by visiting Halal Trip.