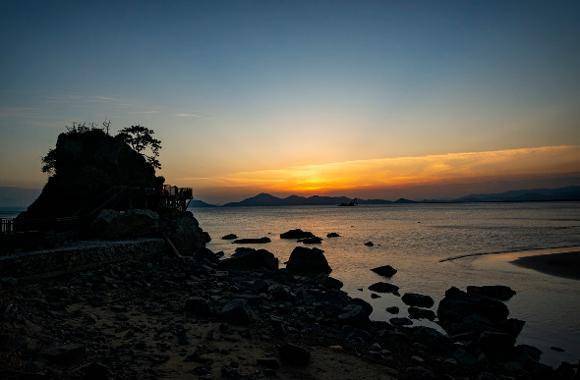 On the trek up the Morundae Peninsula, you’ll be greeted with trees that stretch up to the sky along the serene trail paths that winds through the green forests towards Hwasondae Rock. Trek up the picturesque and relaxing trail decks that run through the winding pine forest paths straight up to the Morundae Observatory. Where you’ll be rewarded with a stunning view of the ocean to experience an unforgettable fiery sunset painted over the waters of the ocean. 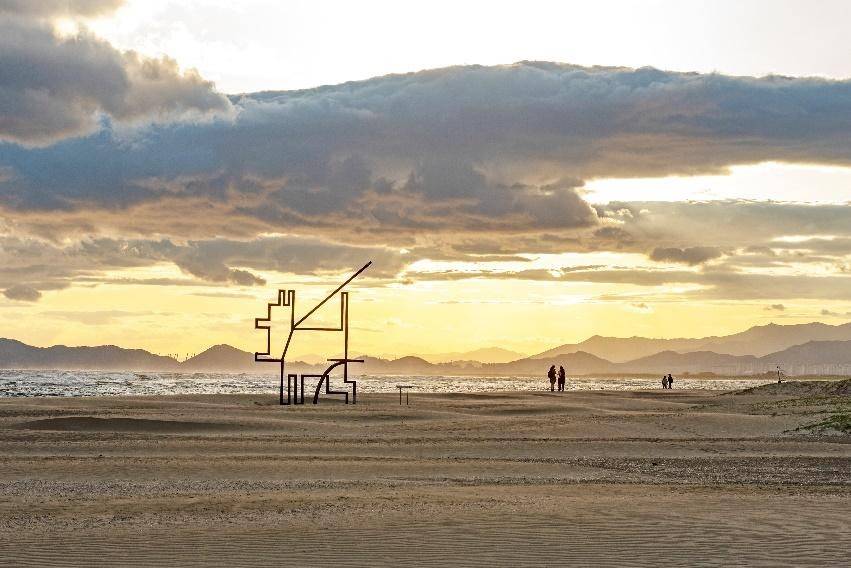 Located near the Morundae Peninsula, Dadaepo Beach is a must-visit if you’re looking to catch the sunset in Busan. Regarded by most as the top sunset viewing site in Busan, with the amber sunset casting an orange glow over the calm waters of the Nakdonggang River and the soft white sand of the beach, you’re in for a treat.

Arrive earlier than the sunset to enjoy the other draws of the Dadaepo Beach. Being a little ways away from the city center, the Dadaepo Beach is Busan’s hidden gem that’s also a local secret. It is popular for its wide-open spaces and scenic views overlooking the horizon where the Nakdonggang River and the South Sea meet. Be sure to also look out for the art sculptures along the beach. Making this kilometer-long beach even more flavorful. 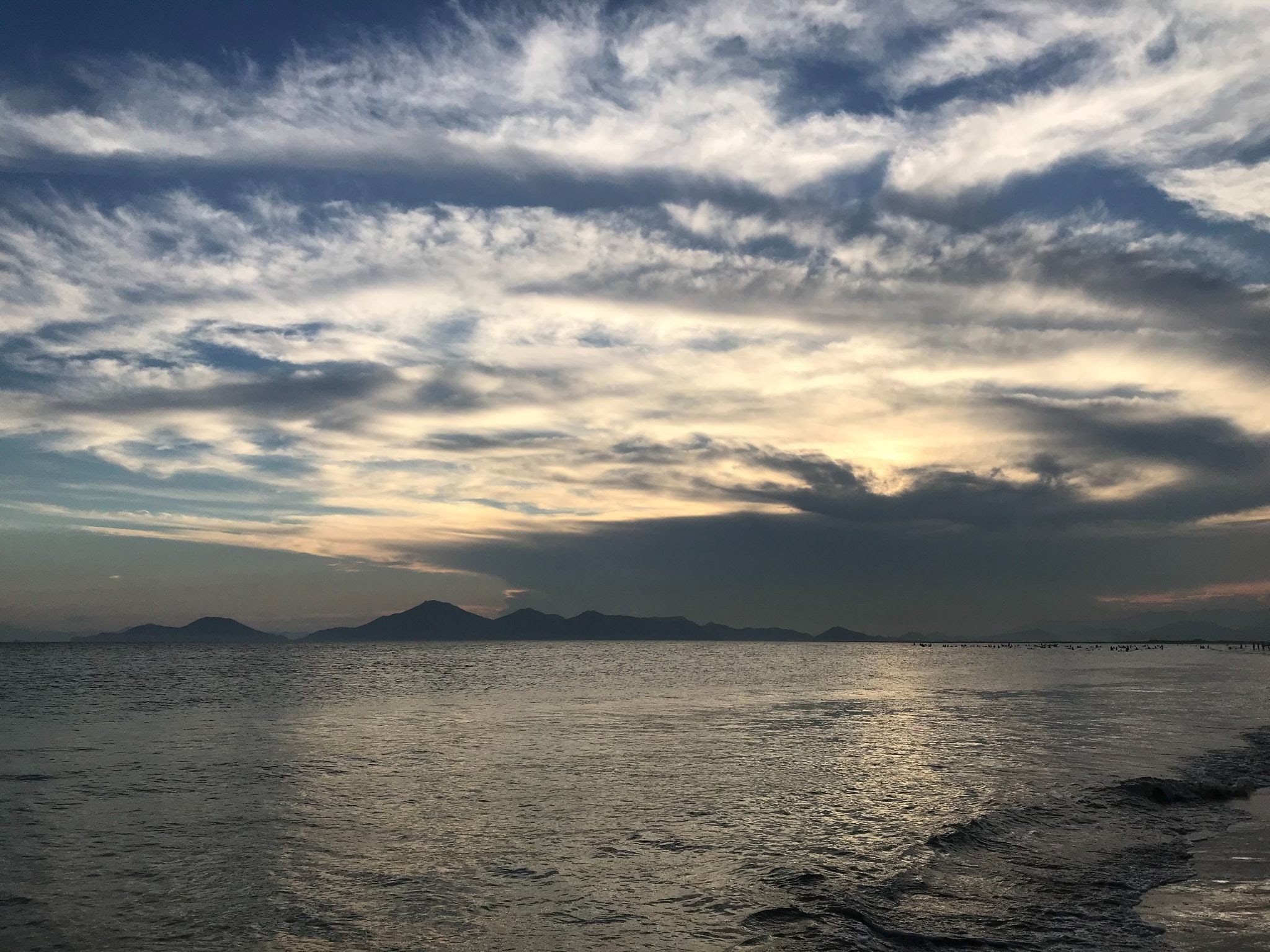 Whether you’re looking for someplace to unwind with your loved ones or to just catch Busan’s most beautiful sunset, the setting golden glow at the Dadaepo Beach will truly leave you in awe. 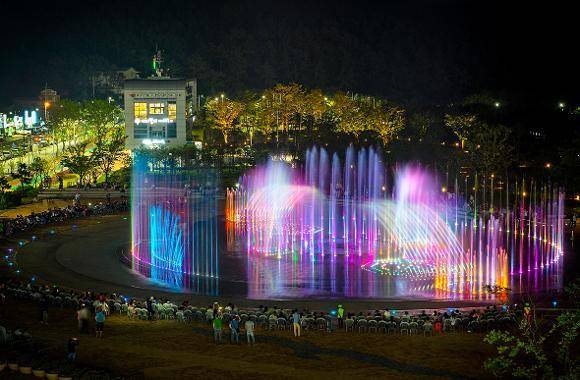 Come for the sunset, stay for the light show at one of the world’s largest fountains. The Dadaepo Sunset Fountain of Dreams is located near Dadaepo Beach and is one of the places you must visit when in Busan.

The Dadaepo Sunset Fountain features dancing water columns that shoot up to heights as tall as the buildings around them. Beautifully in sync with the accompaniment of Classical, Pop, K-Trot, and K-POP music. Adding another spectrum of enjoyment of music through this unique and colorful experience with dazzling iridescent lights and swirling waters choreographed with the sound of music. All happening with the ocean as a scenic backdrop.

You can catch the spectacular dancing fountain shows during the day or night but the night shows are something not to be missed. After the shows are over, grab the little ones and play around amidst the fountain for some family-friendly time! Catch the night shows at the Dadaepo Fountain of Dreams between May and October. 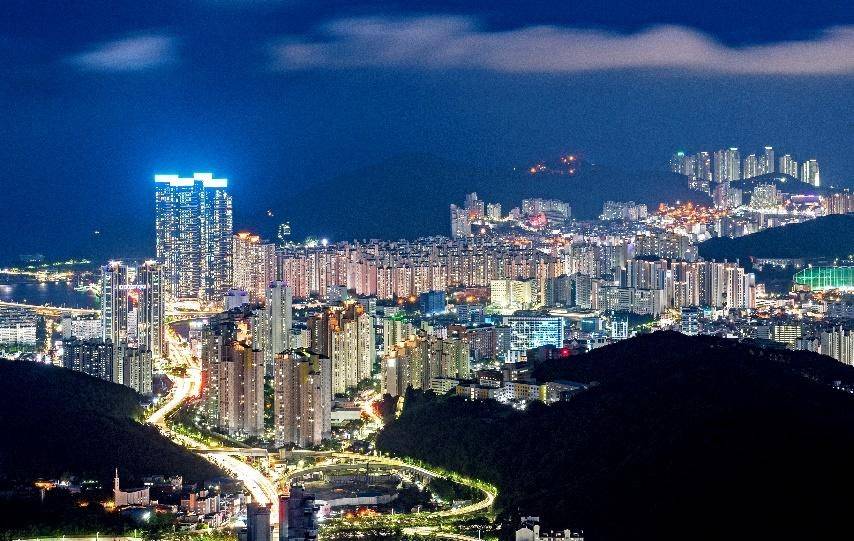 Go forest-bathing in the heart of Busan. Hwangnyeongsan Mountain stretches across 4 different districts of Busan, with the peak of the mountain being 427m high. Making it the second tallest mountain in the Geumnyeon Mountain Range. Trekking up the mountain is an experience where you’ll be filled with a sense of calm with all the peace and quiet accompanying you up the mountain.

You can choose different routes based on the difficulty of the trek but fret not, you wouldn’t be missing anything. Regardless of which trail you choose, you’re sure to enjoy your time up the mountain. The trails up the mountain take you through the lush greenery of the Hinoki Cypress forests that envelope the mountain. 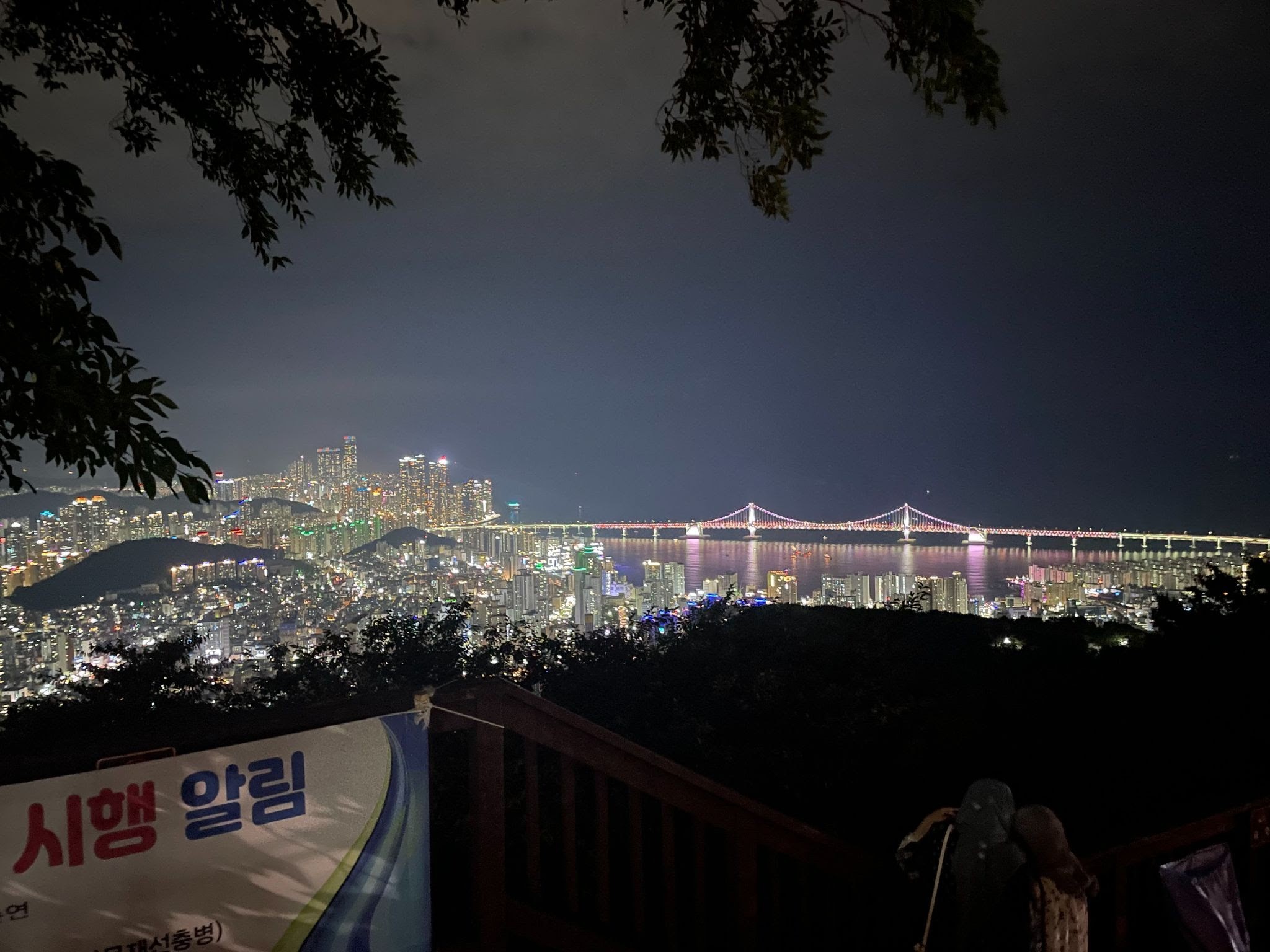 Once you’ve reached the peak of the mountain, prepare to be rewarded with a panoramic view of the city of Busan at the Hwangnyeongsan Viewing Lounge that stands atop the mountain. Watch as the city transitions from day to night at sunset. Slowly seeing the golden sunset colors that shower the Busan turn into colorful specks of light. 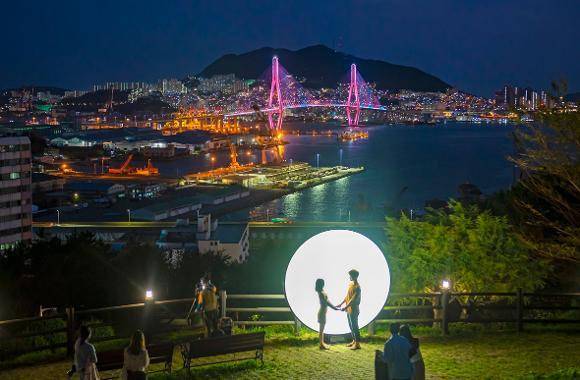 Known as the La La Land in Busan, Uam-Dong Urban Forest is a quiet park on a hillside with a romantic view of the city in the distance. Complete with a Full moon display, you’re all set to recreate the scenes from the movie.

Even if you’re not a fan of the movie, the Uam-Dong Urban Forest doubles as a great spot for you to unwind and take in the views of the cityscape and the Busan Harbor Bridge, all glowing under the chandelier of the night sky. The park is an oasis of green surrounded by a bustling city. 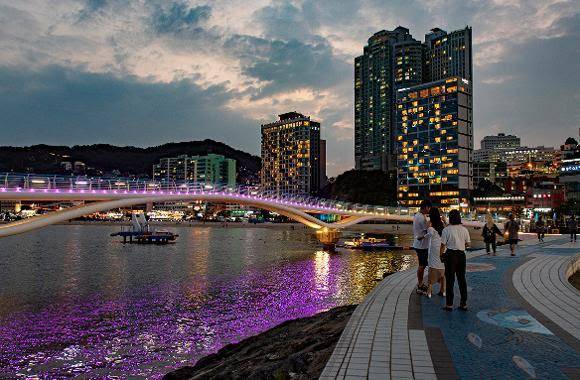 Take a walk on top of the waters of Songdo Beach. The Songdo Cloud Trails is a skywalk that has a clear glass bottom, giving the illusion of walking on ocean waters.

Watch as large ships float past, the Songdo Cable Cars, and the picturesque ocean view as you move along the skywalk towards the small lighthouse at the end on Geobukseom, Turtle Island. All these while breathing in the fresh ocean air.