Recently, Tina Rahimi has been rising in popularity as she would create a history in the boxing sport. When Tina Rahimi steps into the ring in Birmingham in 2022, she will create history as the first Muslim female boxer to participate for Australia at a Commonwealth Games.

This year, the Commonwealth Games will take place from July 28 - August 8, 2022, in Birmingham, United Kingdom.

Rahimi is a 26-year-old Muslim from Box Hill in Sydney. It all started for her when she walked into a gym in 2017, looking for a way to keep fit. She ended  giving up her work as a make-up artist in 2018 to pursue her hobby full time by entering her first professional match.

Rahimi, who has a 15-2 win-loss record, was crowned Australian champion in her division in March 2022. 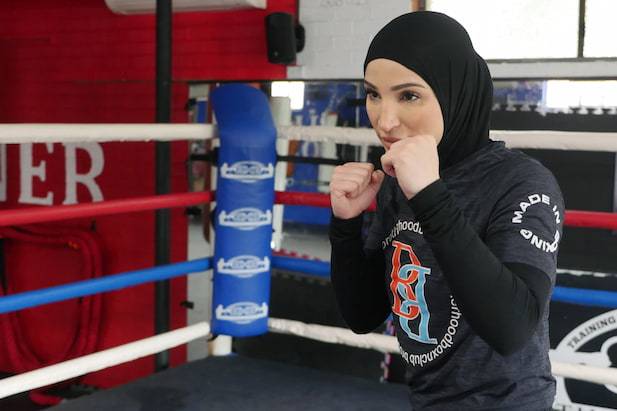 Through a social media channel called "Boxing with Tina (@boxingwithtina)," she encourages other women to embrace boxing's fitness and social benefits.

"I walk in [the boxing ring] and I feel like a lion," Australia's featherweight (57kg) champion told ABC Sport.

"I look [at my opponent] deep into their eyes and I try to see how they look at me to see if they've got any fear.

"Once they look away, then I know that I've got this fight."

She had always believed in herself and her skills, although being new to the boxing league, she loved boxing and felt like she’ll never stop loving it. She felt that at times, by watching boxing matches beforehand and learning through different matches, she would be much more motivated and are able to do better in her next match.

She always loved boxing, even when knowing there are tons of consequences that could happen in the long run. She said that she had never feared being hit due to her love for boxing. That is one of the joys that boxing brings her, and even if she lost and got hit, she would always try her best and do better.

At first, she’s just like the other boxers in her earlier years. The pressure of standing out and being different, combined with the pressure to do well, gets on her nerves during her earlier years. Her wearing hijab and long sleeves do not fit the mold of a typical boxer, but once she jumped in there, she said that it felt amazing. Did her own thing and won her first fight, that’s what has kept her going.

Boxers find motivation in a variety of places, but for Rahimi, it's her religion that keeps her going when it's time to fight. 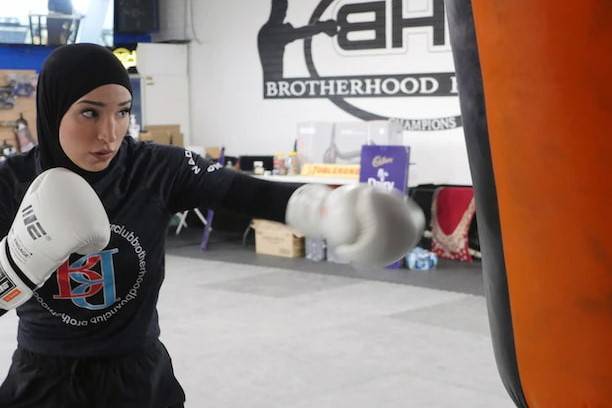 "I listen to Qur'an, and I like to get really spiritual before I get in there and pray that God helps me and then keeps both me and my opponent safe."

"As a Muslim, we are required to pray five times a day. It gives me the comfort knowing that I've spoken to God, and I know that he will make me victorious."

"I believe if I dedicate myself to my religion, then good things will happen for me, which I feel like is happening now. And I thank God for that all the time."

Rahimi also recognizes the significance of becoming the first female Muslim boxer to compete in the Commonwealth Games for Australia.

"I'm getting all this attention for that and I think it's great, it inspires other female Muslim boxers to take on the sport and it should really boost their confidence as well."