When you were younger, what did you wish to be when you grew up? We each probably had different dreams of wanting to be a teacher, vet, astronaut, and perhaps any other unconventional jobs like garbage collectors.

While seemingly unconventional, these jobs are considered to be special trades that contribute to the workings of our world. These people are the unsung heroes of modern society- working hard in the name of passion and keeping the traditions of our heritage alive.

Let’s take a look back at our childhood and the stories from our parents to find these gems who are preserving their craft in these modern times. 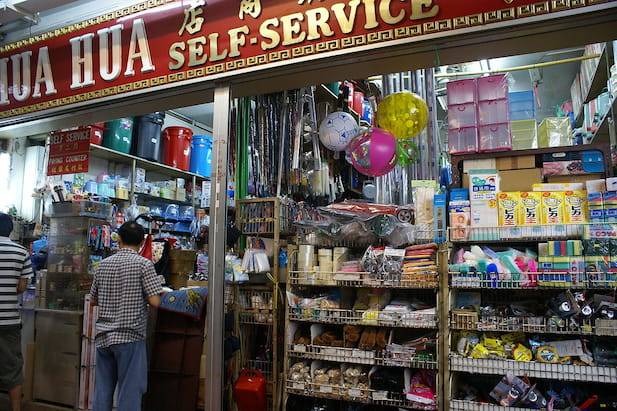 Provision shops (or as we regularly call them, mama shops) are mostly located in our residential blocks, which were the source of our daily necessities before supermarkets and convenience stores became accessible.

Over the years, the number of provision shops has decreased because of the rise of supermarkets and most recently, grocery delivery services. But these shops have managed to withstand the test of time, how is that so?

Recall the times when you were younger. The school has finally ended for the day and you decide that you would like to reward yourself with a quick snack and drink. Your first thought would be the provision shop near your home.

As someone who’s lived in the same house for many years, I will still occasionally get my snacks from the provision shop. The main reason for it is simply because I’m familiar with it. Though the owners have changed, the space and location remain with the stories I’ve made.

But there is something that has changed, the sale of tin biscuits! A common food item sold by provision shops was the large variety of tin biscuits. You could choose the biscuit and amount you want for reasonable prices. As the shops keep up with the changing world, biscuit suppliers have also switched to selling their products through supermarkets.

You can find provision shops at different residential estates or if you would like to visit one of the oldest provision shop, drop by Tee Seng Store at 31 Rosyth Road, Singapore 546191. 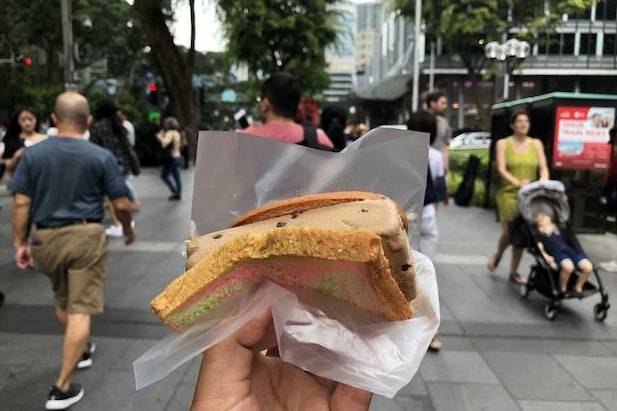 In Singapore’s hot weather, a nice cone of cold ice cream helps us to beat the heat. But if we were given a choice, would we rather enjoy it in an air-conditioned shop or along the streets in the heat.

While ice-cream parlors have their fancy menu and aesthetic Instagram shots, there is something special about getting our ice cream from the ice-cream uncle.

As we thought back, we tried to recall when was the last time we heard the ringing of the ice cream uncle. Even the uncles that used to be along the streets of Orchard, seem to no longer be there.

If you want to try the traditional ice-cream blocks in a cup or wafer biscuits or perhaps the iconic rainbow bread, you can find one Uncle Chieng along the streets near Ngee Ann City! 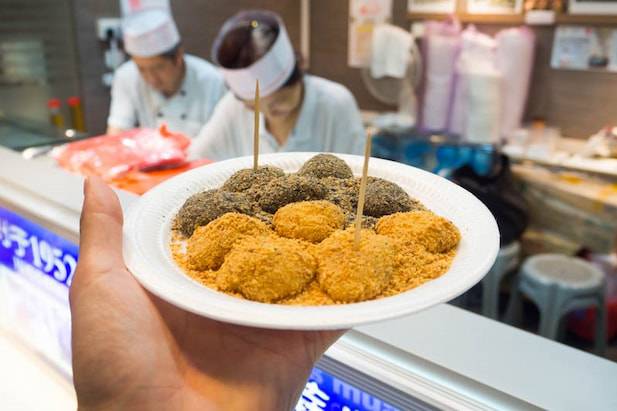 Similar to a mochi, Muah Chee is a soft and chewy delicacy covered in peanut powder, sugar and sesame seeds.

Muah Chee is a dessert originating from Southern China (Fujianese) that is the food of our childhoods. The dessert is a relatively easy dish to make but vendors that used to gather large groups of patrons are dwindling.

One of the most iconic shops selling Muah Chee was the Hougang 6 Miles Famous Muah Chee (unfortunately, they are not Halal-certified nor Muslim-owned and their google listing currently shows that they are temporarily closed). The owner, Mr Teo, had taken over the business after helping his father with the business when he was younger. Wanting to keep the snack traditional, Mr. Teo would spend at least 7 hours preparing and making this dish.

If you are in search of Halal Muah Chee, you can find them at Ain Popiah Basah. The shop is Vietnamese-Muslim owned. Apart from Muah Chee, they also offer Popiah, Rojak (Chinese-style), Kueh Pie Tee, and Pho (Vietnam Beef Noodle).

Similar to Kacang Puteh Paddlers (another trade that is sadly disappearing), you will see the uncles pushing a mobile cart with a big wok on one side for the roasting of chestnuts. Walking by the bus stop, one can never really be able to resist the aromatic scent of chestnuts.

Gao Lak used to be a popular portable snack in old Singapore when Pasar Malam (night market) and wayang (puppet theater) used to be around.

If you’re ever in the mood to try them, there are a few in Chinatown and Bugis area. 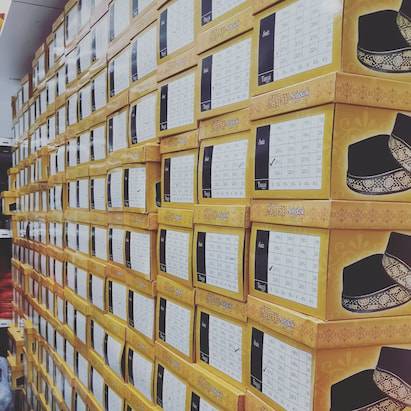 The Songkok is a traditional headgear worn by males for formal occasions, and at social and religious events. In the present day, the songkok is regularly worn during the festive period of Hari Raya Puasa and Hari Raya Haji.

In the early 1970s, you'd be able to find a number of songkok makers in Geylang Serai.

The art of songkok making is highly labor-intensive and it requires hours of measuring and sewing. Unfortunately, the art of making songkoks in Singapore has declined over the years, and many of the songkoks sold are imported from neighboring countries or mass-produced in factories.

It warms our hearts to know that Singapore has one last songkok maker who is Hj. Abdul Wahab.

We hope this list inspires you to try and remember some of the trades/food in Singapore. It’s disheartening to know that such artistry and expertise may turn obsolete in the challenge of time, but perhaps there is hope that future generations may be able to keep these trades alive.

Are there any other trades or iconic food that you know of that seems to be disappearing in Singapore?

An explorer to learning new things about the world. Qa'riah enjoys finding quiet and hidden spots in this busy world. Sharing stories and places through HalalTrip is her joy.