8 Dishes you Must Try in Jordan

Jordan is an amazing country to visit, with oodles of history and culture. A big part of this culture, as with any Middle Eastern country, is the delicious food. The Jordanian cuisine shares a lot of similarities with its neighboring countries - namely, the abundant use of olive oil, eggplants, tomatoes, yoghurt, nuts, spices, and so forth. Grains like rice, bulgar, wheat, and freekah are widely used. The most commonly used meat is lamb, but goat and camel are also pretty popular.

However, Jordanian cuisine is different enough, such that it can stand on its own. With delicious rice dishes and slow cooked or grilled meat, as well as sweet desserts full of nuts and spices, your Muslim-friendly tour to Jordan is sure to leave your belly bursting with yummy food.

As it is a Muslim-majority country, you also won't have trouble finding Halal food in Jordan. Just take a walk down the streets and you'll come upon lots of Jordanian street food, Jordanian sweets, and more. Here's some of the best Jordanian food that you should look out for:

Find a Halal Hotel in Jordan

Go on a Halal Trip to Jordan with us

Ask anyone who knows anything about Jordan's food, and they'll tell you that you can't complete your Halal trip to Jordan without trying Mansaf, the country's national dish.

Tender meat marinated in fermented yoghurt is cooked and layered with thin flatbreads and deliciously aromatic rice, the whole lot cooked with plenty of spices. It is served with jameed, a tangy yogurt sauce and even more flatbreads. The meat used is traditionally lamb (or even camel), but you can also find versions of chicken Mansef as well. Mansef is traditionally served in a large platter that is meant for sharing, as most Jordanian food is.

Kibbeh is to the Middle East as meatballs are to Italians. Kibbeh is a traditional Levant dish that is made using minced meat (most often lamb, goat, or camel), mixed with onions, bulgar wheat and spices like nutmeg, allspice, clove, and cinnamon.

This mixture is then shaped into a ball or lemon shape, and fried or even baked. Kibbeh are an essential feature of the mezze platter. 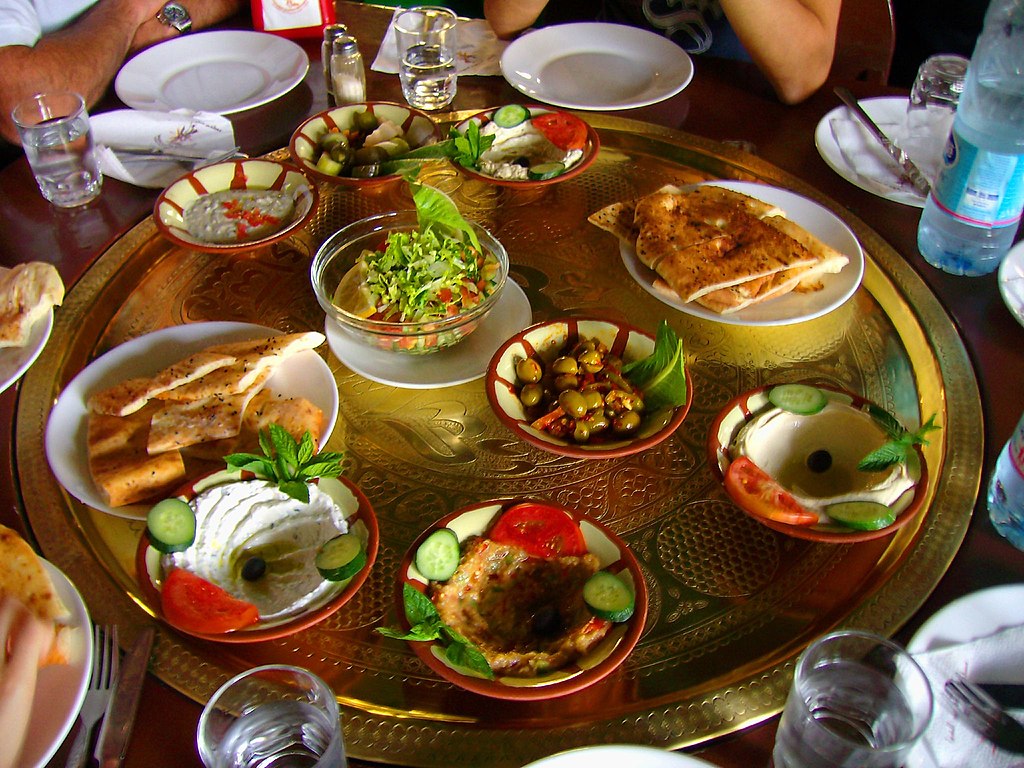 If you want to try Halal Jordanian dishes, but aren't sure what choices to go with (because they all sound delicious, let's be honest), then you might want to start off with the mezze, a starting platter that features all kinds of traditional Jordanian food treats, many of which you've probably heard of.

The word “Maqluba” translates literally to “upside down”. This is because this slow-cooked rice dish is traditionally cooked with the meat and vegetables at the bottom. When it is served, the entire pan is turned upside down so as to display the beautiful colors of the red tomatoes and golden eggplants, in a tidy little rice “cake”.

This dish goes back to the 13th century Kitab al-Tabikh, a collection of recipes from medieval Baghdad. It is most commonly prepared in homes, and every family has their own special recipe that they swear is the best! Although rare, you may come upon it in a menu in one or two restaurants. Otherwise, just befriend a local and get yourself invited for dinner – simple! 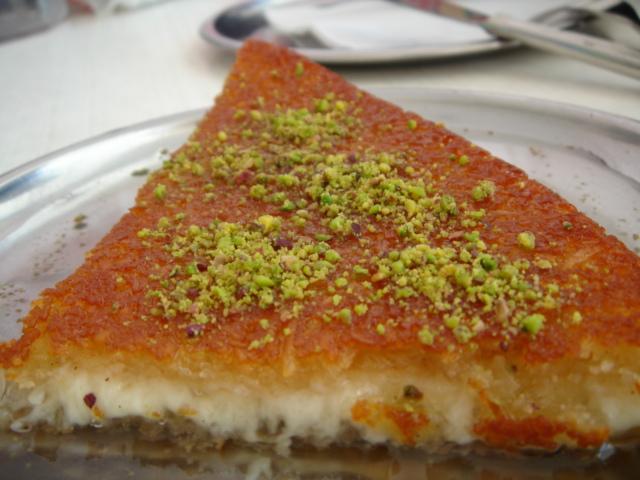 Kanafeh if a traditional dessert that features thin strands of pastry piled on top of tangy cream or cheese. It is then soaked with a sweet sugar syrup flavored with orange blossom or rose water and garnished with crushed pistachios.

Although this dish originated from Palestine, it is said to have spread across the Levant during the Ottoman rule. Today, different countries have their own slightly different version of this delicious dessert. Perfect for special occasions, or even as an afternoon treat, one bite of the Kanafeh will keep you coming back for more!

Manakesh is one of the most popular Jordanian street foods. It's often called the Arabic “pizza”, and can be eaten for breakfast, lunch or just as a snack!

Similar to a pizza, a flatbread dough is rolled to a round shaped and topped with za'atar (a herb and spice mixture). It can then be baked as is with a drizzle of olive oil, or topped off with eggs, halloumi (a type of white cheese), and/or ground meat. Manakesh is traditionally baked in a brick oven, also similar to pizza.

If you hadn't guessed yet, rice is pretty popular in Jordan! Zaarb is another rice dish that is served with meat and vegetables. But what makes this one so special is the way in which the meat is prepared and cooked. For this, a truncated oven called the tabun (traditionally made of clay, but modern versions are made of metal. The meat goes though a long slow-cooking process, after which it emerges in its most tender, fall-off-the-bone, mouthwatering form!

It is also a popular campfire dish, with the meat being cooked in a pit filled with hot coals and covered with sand. 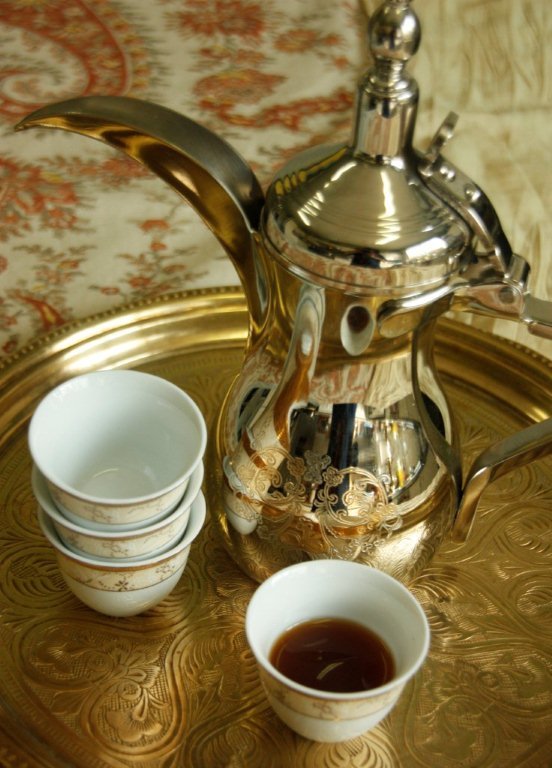 Jordanians are one of the most hospitable people in the world, and one of their most common customs is sitting down for a cup of tea or coffee with their guests. Even strangers will invite you into their home for a cup of hot liquid gold!

But unlike the grandes and big gulps, Turkish tea and coffee is often served in small glasses meant to be downed quickly. The tea is often flavored with cardamon, and the coffee with sage. There is also a difference between Turkish and Arabic coffee, both of which you can find in Jordan.

Find a Mosque near you in Jordan

Find a Halal Restaurant near you in Jordan