Nestled about 400 km from Johannesburg but a mere 200 km from Durban, is the majestic Drakensburg Mountains. While road tripping to Durban you wouldn't immediately realize that you are moving past a mountain range until you actually detour off the highway and find yourself in the midst of this magnificent mountainous range. 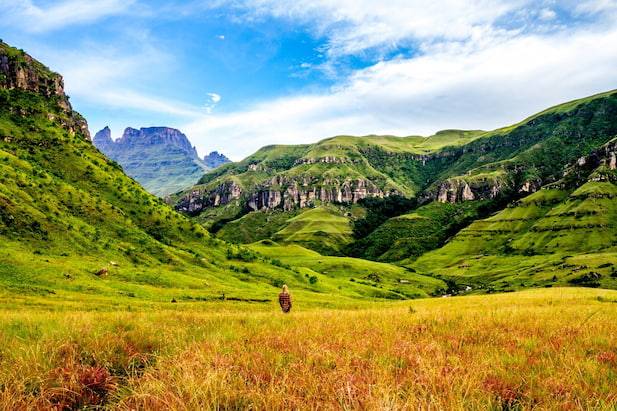 The mountain which rises to more than 11400 feet and extends to roughly about 1.125 km is mostly a plateau so it isn't the most protruding mountain at first sight and actually just looks like a series of rolling hills.

The abundant rainfall however allows for this mountain range to be constantly green and the flattish surface area accommodates a number of outdoor activities. 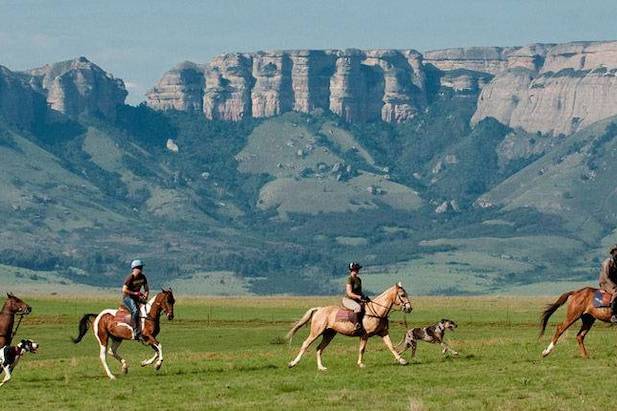 Some of the more sought-after activities include horse riding with both amateur and professional trails which houses the most spectacular views of the mountains. A day of horse riding will award you the opportunity to explore the mountains without the exhaustion of having to hike through the terrain on foot. A number of equestrian services can be easily found and include full-day, overnight, or half-day tours ranging from about R280 for an hour to R2700 per person for an overnight riding excursion. Many wild horses can also be seen along the roadside so practice caution as you travel down these windy roads

Hot Air Balloon in the Bergs 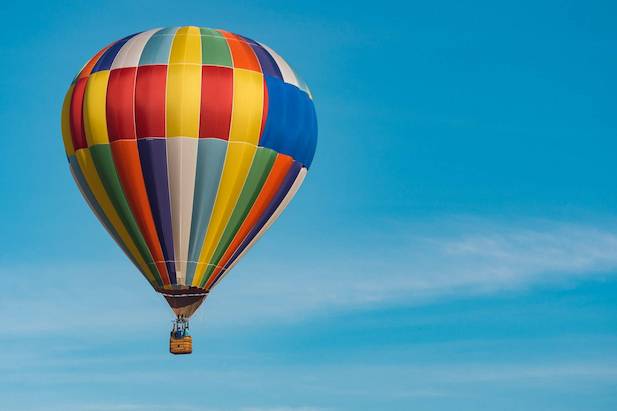 Another popular but costly undertaking in the 'Bergs' as it's more commonly known by the locals is the hot ballooning feature that crosses over the Drakensburg mountains from the northern to the southern end. The tours can be either scenic ranging from about R3000 per person to a safari tour that costs about RR4000. The tour includes a 60 min ride accompanied by a picnic basket. Although one may not necessarily see the likes of the big 5 while in the air, you will catch a glimpse of tamer wildlife such as giraffes and zebras. 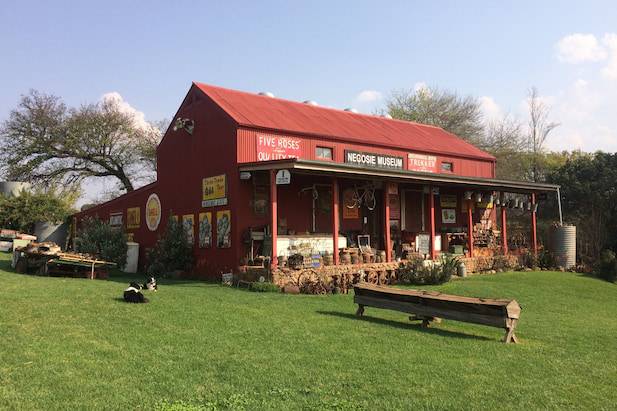 Another gem and must-see is the Negosi Museum also known as Sandra's se Winkle. The museum showcases original South African memorabilia from years gone by so one will get a true taste of what it truly felt like to purchase material from an old-school haberdashery or a sweet store in the early 1900s. The store is the only one of its kind in South Africa so is worth the stop especially at only R20 a visit.

Another must-see is the chocolate shop which makes the most delicious artisan chocolate and is known for its infamous chocolate fondue. The store is in a complex that also houses a cheese factory and many other curio stores which are perfect for tourists as a stopover. 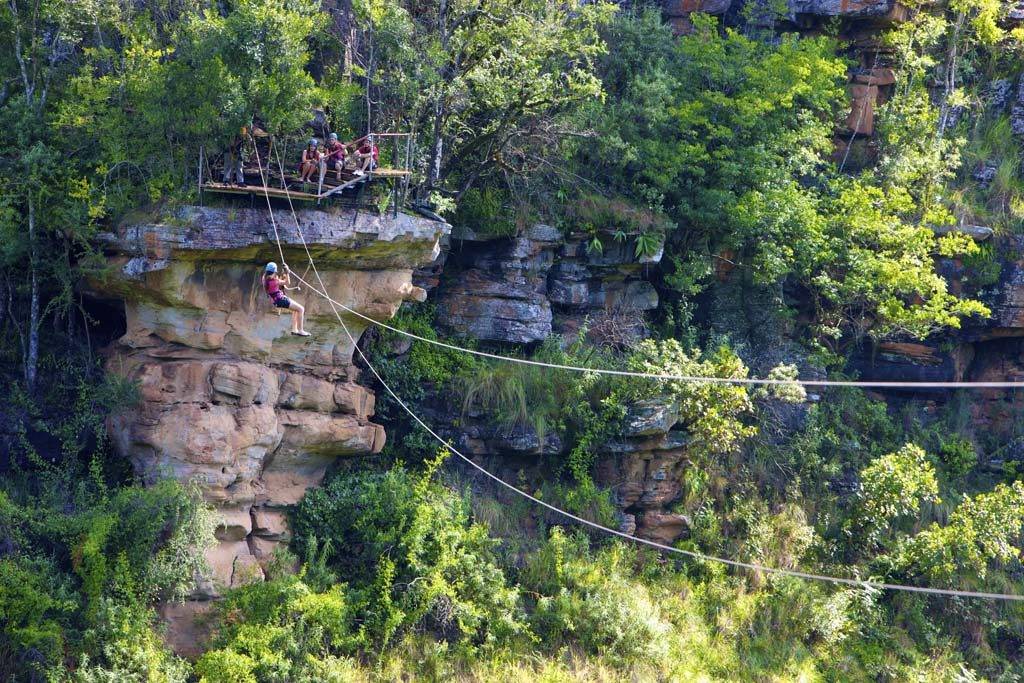 If you are a bit more of an adrenaline junkie then you should consider the many canopy tours also available however this activity is not particularly tailored for kids. Through a canopy tour, The Bergs can be experienced in the most innovative way via zip lines, which also gives you a bird’s eye view of the mountain. Alternatively, if you feel the need to remain a bit more, “grounded” quad biking is also available.

If you are looking for even more adventure and have a 4x4 in tow then Sani Pass should be included in your itinerary. Although it is a bit into the Bergs and on the borders of Lesotho, this pass will be an experience like no other especially with the bumpy terrains and unpredictable weather. 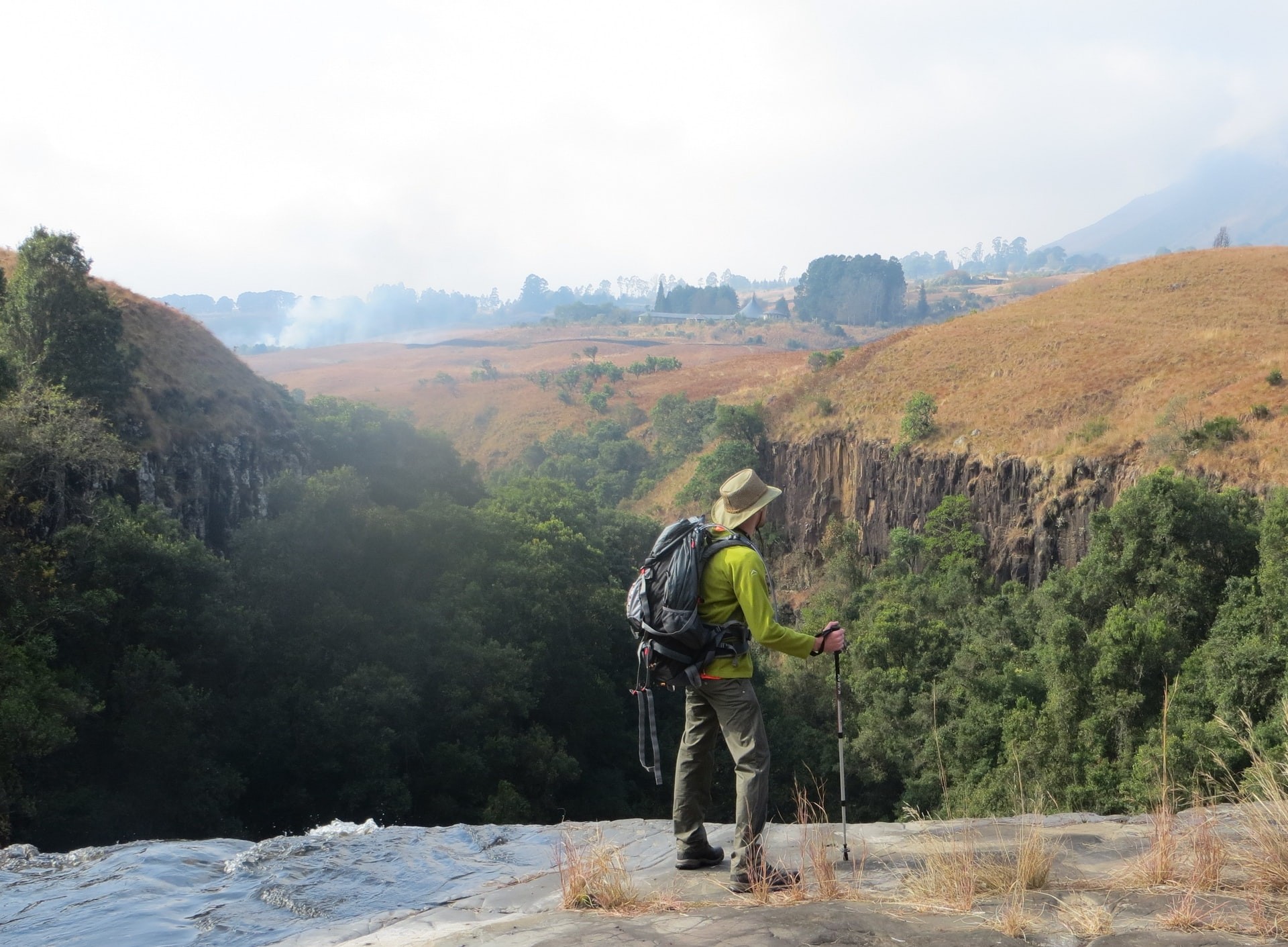 Make sure not to leave out this iconic mountain en route to Durban even if it’s just for the night.