Dive Deep Into the World of Durian, The King of Fruits

Durian is one of the most unique yet bizarre and surprisingly delicious tasting fruit that God has created. We’re currently entering the durian season, and it is no surprise that some of us would hunt them or even try them. With its popularity combined with some mixed reviews, here are some facts about durian and (for the newbies) ways to enter the world of durians.

Why is it called “King of Fruits” 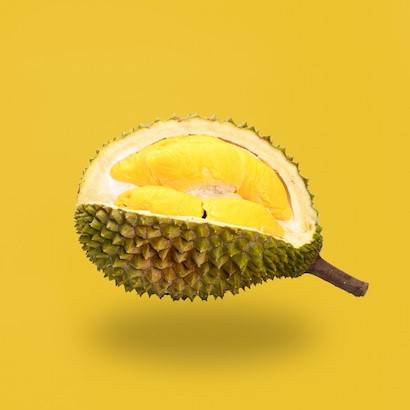 Durian or Durio zibethinus is an edible fruit that is native to Indonesia, Malaysia, Philippines, and Thailand. The availability of Durian is fairly limited due to the number of edible species of durian, which only accounts for nine out of the thirty species. Due to its popularity, it is now available in most international markets with hundreds of varieties.

The durian is called the “king of fruits” due to its size and shape. The durian is humongous and is able to grow as large as 30 centimeters and weigh 3 kilograms! With its size, smell, and thorns (referring to “duri”), no wonder the fruit is called the king since it definitely exudes “king”-esque feels.

Although might smell and look weird, do not be mistaken! Durian came with an astonishing number of nutrients. It is full of vitamins! Notably vitamin A, B1, B2, B6, and C to fulfill your daily intake. Aside from vitamins, durian is also full of minerals to fulfill your daily intake of copper, manganese, and potassium. So those rumors that durians are toxic and dangerous for your health? Is definitely a lie!

It is widely used in traditional medicines and is proven to be able to cure some diseases if consumed moderately according to most scientific research. It is proven to be able to prevent anemia, constipation, depression, keep the health of skin and bones, controlling blood sugar level, and others. Though, if you are currently pregnant, obese, or have several diseases, especially chronic ones such as diabetes, please proceed with caution and not overly consume durians since they are high in sugar content, fat, and calories. It is also advised to not consume durians alongside coffee and alcohol since it could lead to harmful conditions such as bad blood pressure, indigestion, and others. 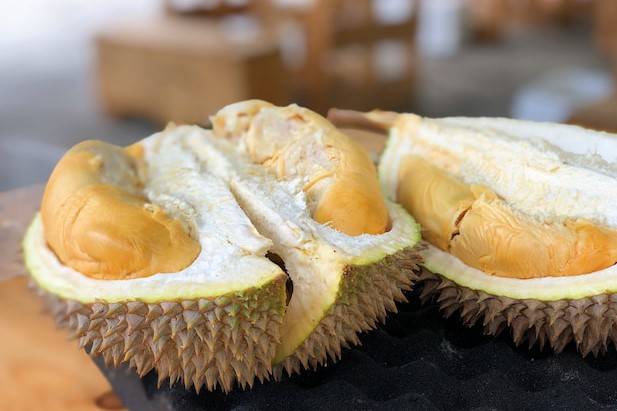 This is where the debate gets heated :). Durian’s flesh is sweet with almondy undertones and has a buttery rich custard texture. These optimal flavors could only be achieved in some variety of durian and stage of ripeness. The flesh is also usually associated with creamy cheesecake, caramel, and vanilla. Therefore, is suitable to be eaten raw or cooked in certain dishes.

However, we can not deny that with its heavenly flavor, durian have a stinky smell to it and is often hard to accept. With comments that it resembles gym socks or even onion and cheese, it is common for some to not enjoy durian especially due to the smell. This taste and smell are due to some compounds that are found in durian such as ethanol, methanol, ethyl methacrylate, etc. Therefore, for the first triers, you might want to expect that you are eating anything but fruit to make it acceptable. But once you get through the smell, you’ll realize how delicious durians are!

Some Real “Fun” Facts about Durians 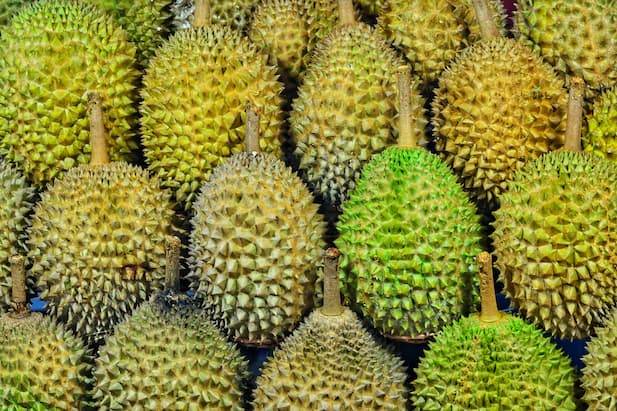 Did you know that:

How to Enjoy Durian (for newbies) 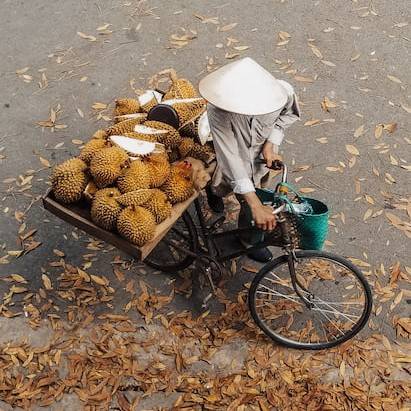 Either you like it, or hate it. Most of us would probably say that due to the taste and smell of durian. However, this stigma could be eliminated by following these steps:

Make sure to “catch” your durians since the season is coming!