With Eid-al-Adha coming up in a few days, Muslims all around the world are gearing themselves up for this auspicious and special day. Here's all you need to know about Eid-al-Adha, how it is celebrated, and why it's such an important occasion. 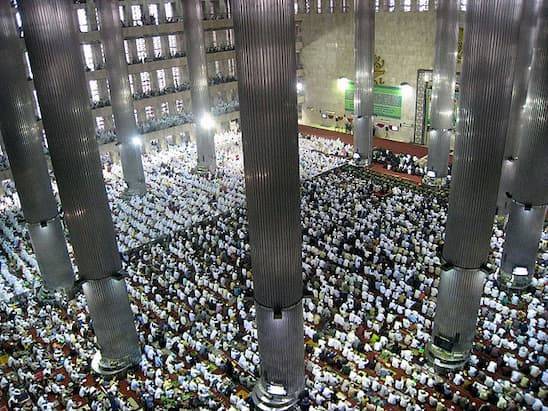 Image Credit: Gunawan Kartapranata under Wikipedia Creative Commons
Eid-al-Adha is the second of two Muslim holidays celebrated each year. It falls on the 10th day of the 12th month of the Islamic calendar, Dhul-Hijjah. It is part of a four-day annual Islamic pilgrimage to Makkah (Mecca) that is known as “Hajj”.
Hajj is the fifth of five pillars of Islam, and it is compulsory upon all Muslims who are physically and financially able. Hajj takes place over four days, during which time pilgrims participate in a sequence of rituals that include (but are not limited to) circling the Kaaba, traveling to Mecca's neighboring cities, and cutting or trimming one's hair. It begins on the 8th day of Dhul-Hijjah and goes on until the 12th or 13th day.
Eid-al-Adha, also known as “the Festival of Sacrifice” gets its name from the ritual of slaughtering an animal in the name of God (again, only prescribed upon those who are able to afford it). Muslims usually sacrifice a cow, sheep, or camel. Sometimes, one cow or camel is shared amongst up to seven people, so more people will be able to afford it. This meat is then distributed among friends and relatives, but most importantly, a large portion of it is given to the poor. 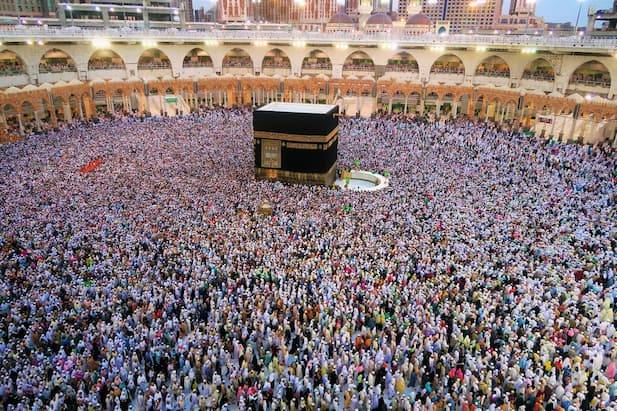 This is why some places around the world celebrate Eid on a different day than others. Even some groups of Muslims within the same region celebrate it according to their beliefs (sighting of the moon in their area vs. accepting the sighting of the moon in another country, usually Saudi Arabia).
Eid-al-Adha 2022 is to be celebrated on either Saturday, the 9th of July, 2022 OR Sunday, the 10th of July, 2022. It will begin after sunset of the previous day and end at sunset the day of.

Why Do We Celebrate Eid-al-Adha? 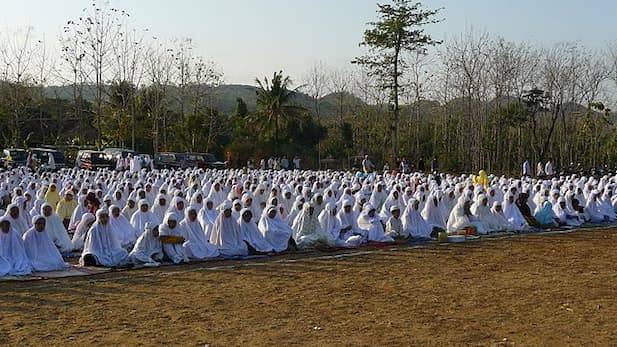 The story behind some of the customs of Hajj goes back to the time of Prophet Ibrahim (alai), who non-Muslims might know as Abraham. When he was ordered to leave his wife and infant son in the dry deserts of Mecca, they grew desperate for water. His wife, Hajara (alai) ran between the hills of Safa and Marwa searching for it to quench the thirst of her crying baby. Suddenly, a spring of water started flowing at the child's feet; this water known as 'Zam Zam' hasn't stopped flowing since. Muslims recreate the actions of Hajara (alai) by running between the two hills 7 times during Hajj and Umrah in a ritual called 'Sa'ee'.
The sacrifice of an animal is also a commemoration of an incident that occurred with Prophet Ibrahim (alai) and his son Ismail (alai). When Allah (sub) commanded the Prophet to sacrifice his son, they were both prepared to follow their creator's wishes, even though their hearts were heavy. But in the last minute, Allah (sub) revealed that it had been a test and replaced Ismail (alai) with a sheep, which they then slaughtered.
Hajj also involves the stoning of the devil, in which pilgrims throw stones at three pillars which mark the place where Satan stood. It symbolizes Ibrahim (alai) throwing stones at Satan when he tried to deter him from carrying out Allah's command.

How is Eid-al-Adha Celebrated?

Image Credit: Afif Kusuma on Pexels
While those who are going through the holy pilgrimage of Hajj do not “celebrate” Eid, Muslims all around the world do. Here are the traditions and practices that take place during Eid:
1. Muslims wake up bright and early to take the purifying ghusl bath.
2. We wear our new clothes and try to look and smell our best.
3. We head to the place of Eid prayer, where we will recite the talbiya, which is recited from sunset the previous day until Eid prayer has begun.
4. Eid prayer is conducted in congregation bright and early, a couple hours after sunrise. It is Sunnah that it is prayed in an open field, but in circumstances where that is not possible, it is held in local mosques or other venues. The imam conducts the Eid prayer which consists of two rakats (the first rakat has seven takbirs and the second has five).
5. Afterward, he delivers a sermon about worldly and Islamic affairs.
6. We greet our fellow brothers and sisters who prayed along with us, conveying Salam and Eid wishes.
7. We head home and enjoy a feast of delicious food while thanking God for giving us our blessings.
8. We visit our friends, family, and neighbors; and share food, gifts, and love.
On the day of Eid-al-Adha, once the Eid prayer is completed, those who have pledged to slaughter an animal do so (it can also be done on the following days, but it has to be on or before the 13th of the Islamic month). This is called 'kurban'. Men who have made the niyyah (intention) to give kurban do not trim their hair or nails from the first day of Dhul-Hijjah until the animal has been slaughtered. It is not necessary that a person slaughters his own animal, in fact, most people today appoint someone else who does it on their behalf and distributes it to the needy.