Japan’s crazy rollercoaster of a ride, the terrific Eshima Ohashi bridge holds the record firstly, for the steepest bridge in the world and secondly, it is the third largest of its kind in the world. A round trip to Japan is mandatory to experience firsthand what it’s like to drive over this spectacularly famous Japanese structure.

Find things to do in Japan

Book a holiday to Japan with us

Find a Halal Hotel in Japan

History of the Eshima Ohashi Bridge 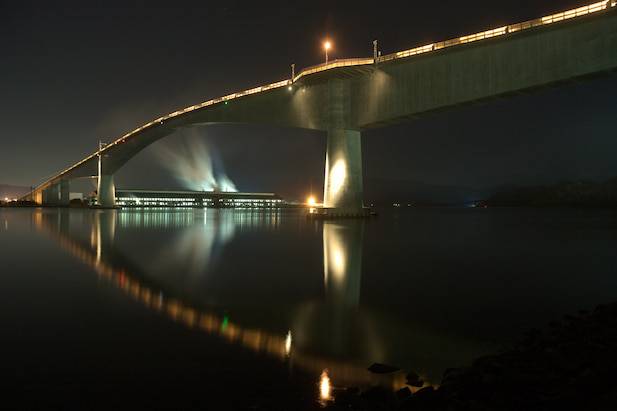 The construction of the mile-long Eshima Ohashi bridge began in 1997 and continued aggressively until it was completed, and its opening was celebrated in 2004. Its construction is truly an architectural wonder, as while the architects were busy trying to ensure the ships sailing below could still pass under it, in the process they built Japan a tall, beautiful, yet intimidating epitome of civil engineering.

The Geographical Significance of the Eshima Ohashi Bridge 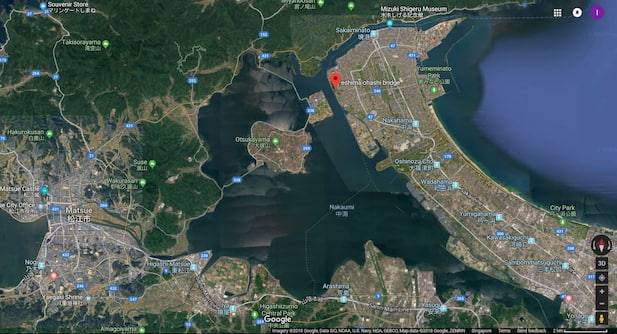 The bridge extends across Lake Nakaumi, which holds brackish water, i.e. water that has more salinity than fresh water, within its lake shore. This lake, separating the two cities of Matsue and Sakaiminato, is one of the largest lakes in Japan. The role of the massive construction, Eshima Ohashi is to connect the two divided cities while allowing ships sailing the Nakaumi to pass under it. 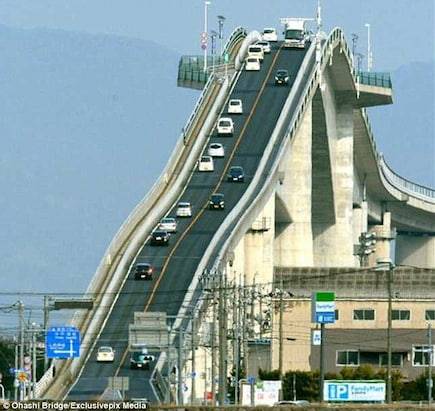 This 1.44 km long bridge is 11.3 m wide with a height of about 144 feet; that is nearly 44 meters tall. The Eshima Ohashi bridge has a gradient of 5.1 % on the Tottori Prefecture side (Sakaiminato end) and a rather steeper gradient of 6.1 % on the Shimane Prefecture side (Matsue end), making it appear like the apex of a rollercoaster from either end of it. In reality though, the incline is not as much as it appears to be, nevertheless the nickname “rollercoaster bridge” is apt for the jitters it gives to viewers at a first glance.

Have the nerve to drive on this nerve-wracking, Japanese wonder?

Well, the ridiculous incline from either end of Eshima Ohashi is absolutely terrifying but thanks to the expertise of the civil engineers and service of the high fences that are employed, the bridge isn’t as scary to drive on as it is to look at.

Be enthralled by experiencing the thrill of a real-life rollercoaster ride - the Eshima Ohashi bridge, that interestingly, is probably a part of everyday life for most people in Western Japan. Suit up, ‘cause this wonder in the world of engineering marvels might just be next on your bucket list the next time you visit Japan!

Halal Restaurants near me in Japan

Mosques near me in Japan