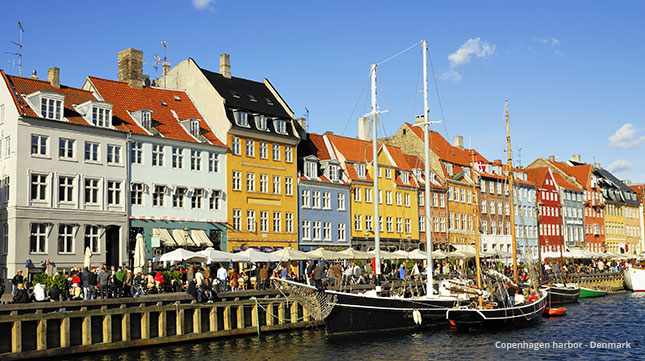 A visit to Denmark can be an exhilarating experience. In addition to its beautiful landscapes and attractions, it offers a wealth of exciting activities for all types of adventurous travellers and is an excellent destination for outdoor enthusiasts. To help decide on what to do on your trip to Denmark, we have compiled a few activity ideas that are perfect for those who love the thrill of the outdoors.

Mountain biking in Denmark is amongst the top outdoor activities that should be on any outdoor travel itinerary. There are several spots for travellers who wish to bike off from the usual marked paths – including some of the best forest areas for mountain biking and exploring. These are – the Bidstrup Forest in North Zealand, Blåbjerg Klitplantage south of Ringkøbing Fjord, Bordrup plantation at Båvands Huk, Klosterheden northwest of Holstebro, Hare woods northwest of Copenhagen, Rold Skov in Jutland, the forest just north of Copenhagen and Aabenraa Forests in South Jutland.

Denmark is also home to a number of fantastic underground caves and abandoned mine networks that are open to the public for exploring. The Mønsted Limestone Quarries, Daugbjerg Limestone Mines and Thingbæk Limestone Mines are three of the most popular mines amongst visitors and cover a massive area, with a distinct eerie atmosphere as well as huge colonies of bats. Travellers could also pay a visit to the island of Bornholm which features many open caverns – better known as Ovens.

Fossil hunting is another exciting activity that can be taken up during a visit. Denmark is home to a wealth of prehistoric treasures that can be easily found across the country. Many fossils can be found scattered around Fur island in Limfjord and the southern coast – including the Møn and Stevn cliffs. Travellers can expect to find sea urchins, belemnite fossils and crab shells, and if lucky, small lumps of Amber hidden around the beach areas.

Denmark is also one of the world's best sites for ship wreck diving. Its waters are home to an estimated 10,000 ships – with many of them being popular visited sites. A few of the most famous wreck sites include the S-103 wreck - a former German Torpedo boat, a U-406 - a Russian Submarine, S/S Arctic - an English steamship and the 3MTB Wrecks which were sunken by the Germans in 1945.

Other activities in Denmark for adventurous travellers include embarking on GPS treasure hunts, seal and porpoise watching, campfires and dinners in the Danish countryside and witnessing the fascinating Black Sun phenomenon at the Wadden Sea National Park. Denmark is a haven for thrill-seekers!