Experience Eastern Europe in a Fortnight 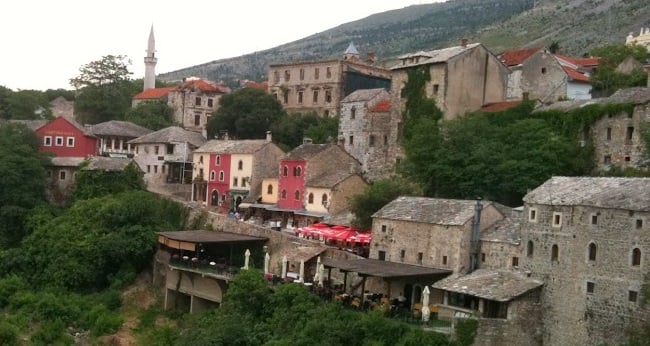 From traditional markets to architectural wonders, Eastern Europe has a rich cultural and historical value that simply can’t be overlooked when planning your next holiday. Every city has its own distinctive sites and features, here are just a few!

Macedonia - In the capital of Skopje, the symbolic Stone Bridge, as represented in the city’s coat of arms, connects Macedonia Square to the Old Bazaar. Found by the banks of the Vardar River, the bazaar is in many ways a relic of the Ottoman rule, with several mosques, caravanserais, and prevalent Ottoman architecture. One of the more notable mosques to visit is the Mustafa-Pasha Mosque, standing since 1492; the mosque remains largely unchanged, complete with the typically Ottoman addition of a rose garden.

Albania - Built in 1823, the Mosque of Ethem Bey is an iconic site for Albanian Muslims. You’ll be sure to appreciate Islamic art with the unique frescoes around the mosque. The Clock Tower of Tirana is another tourist spot that was the tallest building in the city at the time of its construction in 1822. Outside of the capital, the old town Shkoder is a must-visit as the centre of Islam in Albania. With plenty of mosques to visit, the city is rich in Ottoman culture with exciting historic sites like the Rozafa castle.

Montenegro -The primary tourist spot of Montenegro, Old Town Budva has stonewalls, preserved Roman streets, museums with ancient seafaring items, Roman mosaics and much more to celebrate its rich history as the Citadel of the Adriatic.

Croatia - With cathedrals and palaces, Croatia is bursting with stunning architecture and historical value. Rector’s palace fuses Renaissance, Baroque and Gothic features, while the Archbishop's Palace in Zagreb is a classic Gothic structure with its pointed arch and high-reaching spires. Explore Dubrovnik City by the Mediterranean for an insight into the city’s maritime history and it’s role in Old Europe.

Bosnia & Herzegovina - Find the fortified city of Pocitelj, and evidence for its growth during both the Medieval and the Ottoman era. For a more cultural appreciation of the country, go to Bascarsija, one of the most popular bazaars in Sarajevo. Beyond the cultural sites, encounter the natural world through the incredible sites in the country. The Kravice waterfalls cater perfectly for tourists looking for a good view, a swim and a picnic spot. The Una National Park protects many more waterfalls and more notably the Una and Unac rivers. Find rafting, hiking and camping opportunities amongst the biodiversity of the Park.

Greece - Famous for its iconic history and mythology, encounter some of the most well known sites distinctive of Greek culture. Explore the Acropolis of Athens for an appreciation of Classical Greece; find the Parthenon and other symbolic structures of the Greek civilization. Check out the Theopetra Cave south of the famed monastery, Meteora, for archaeological value. Or for a more modern tour, don’t miss the Olympic Stadium in Athens, with its capacity of over 60,000 people.