Xi’an, a large city in central China, houses a predominantly Muslim population hence this Islamic city emerges as an extraordinary city offering a Halal, Muslim- friendly holiday with countless, convenient Halal food places and great, beautiful Mosques (prayer places). Xi’an not only cherishes its Islamic culture but also proudly showcases its historic Chinese monuments like the famous Terracotta Warriors, the Big Wild Goose Pagoda, the Bell Tower, the Forest of Stelae Museum and many more. Be sure to visit this modern city which, contradictorily also displays a beautiful ancient facet.

History of Xi’an, the first Islamic city in China

Previously called Chang’an, this city served as the eastern end of the ancient Silk Route between China and the Roman Empire which was initiated in the 2nd century BC. The route not only helped transportation of goods easier but also conveniently facilitated sharing of ethnicity, culture and traditions through migration of merchants and traders. During this time of friendly business, a handful of Arabs and Persians settled in this land and introduced the Islamic faith in China. From this early civilization stemmed the 10 million ethnic Chinese Muslim population spread across China in modern times, out  70, 000 of which inhabit the Muslim Quarter in Xi’an.

Attractions that must not be missed when in Xi’an

Modern-day Xi’an is the capital of the Shaanxi Province in central China with a bustling crowd of 8 million. This city welcomes thousands of tourists, for it exhibits archaeological sites dating back to the Zhou, Qin, Han and Tang dynasties'. 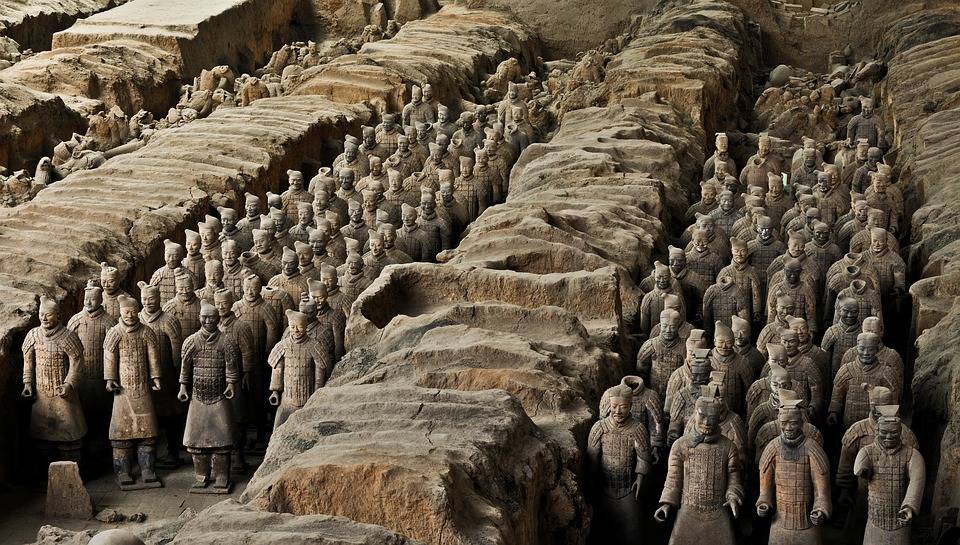 The famous Terracotta Warriors; life-size, clay sculptures of the army of Qin Shi Huang are a must visit when in Xi’an. The tomb of the First Emperor of Qin is marked as one of the greatest archaeological discoveries and attracts historians, tourists and educationist from all around the globe. 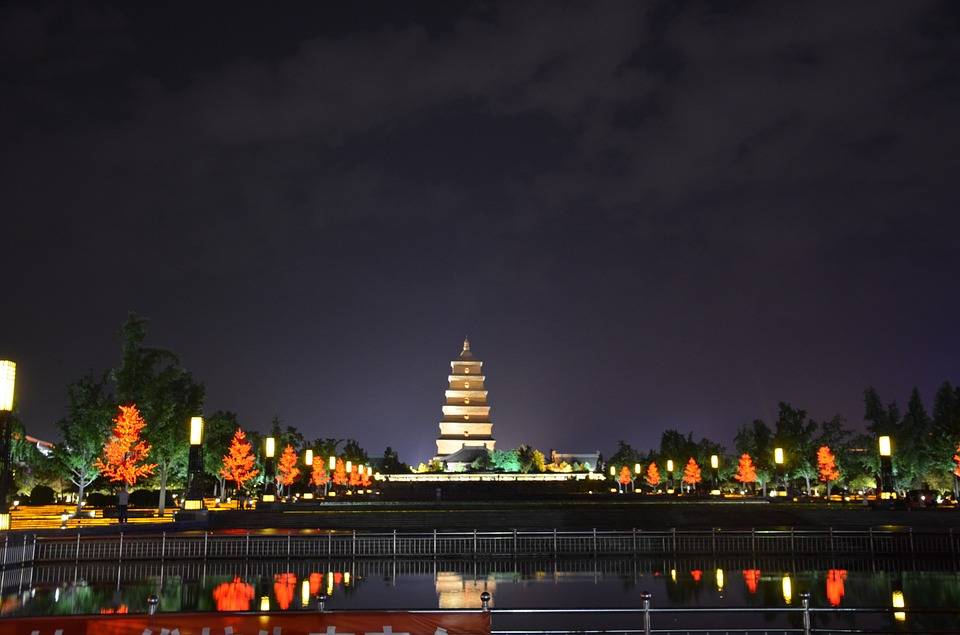 An iconic Buddhist temple standing strong till date from the Tang Dynasty, the Big Wild Goose Pagoda is yet another attraction, whether Muslim or not. 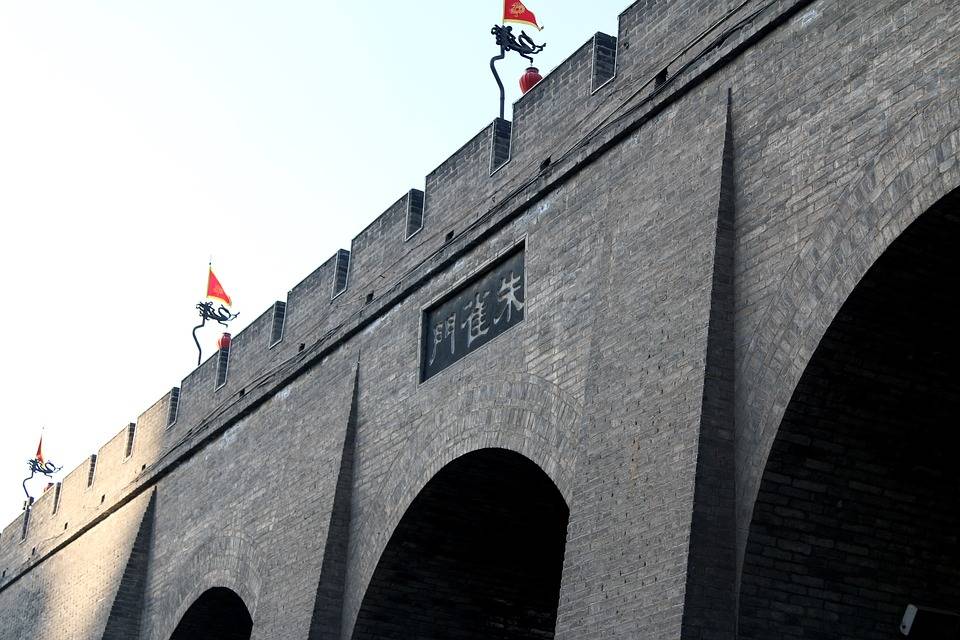 The Ancient City Wall at the inner core of Xi’an, towering up to 12m in height is considered a landmark to date, separating the inner and outer city. This giant wall was built during the 14th century by Emperor Zhu Yuanzhang, Ming Dynasty and is now a great fascination for visitors to tour the city wall while biking or strolling about enjoying the beautiful view. 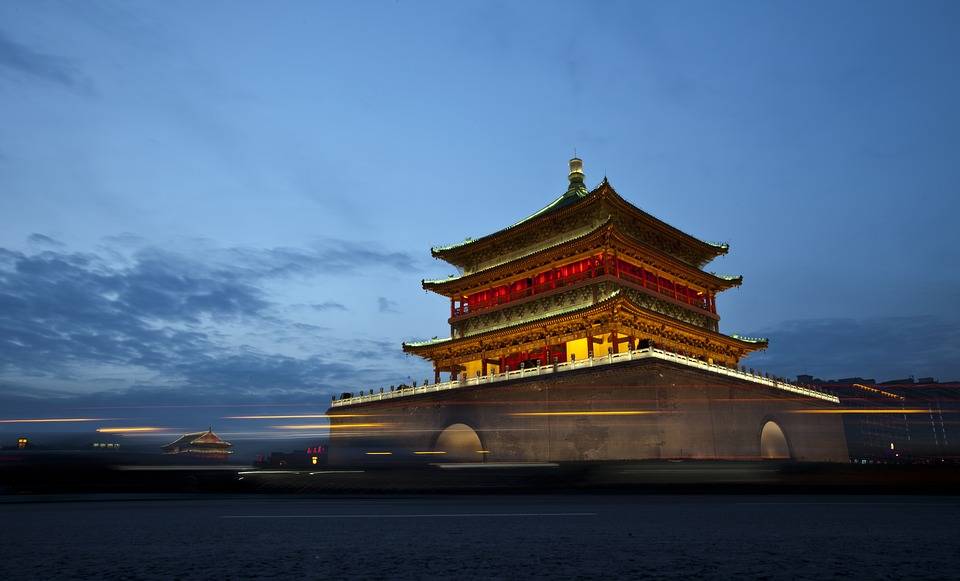 The Bell Tower in Xi’an is located at the juncture of crossroads going north south, east and west. During the olden times, the enormous bell at the top of this tower was rung hourly to mark time and a replica of this historic bell still remains in the Bell Tower for visitors to see. 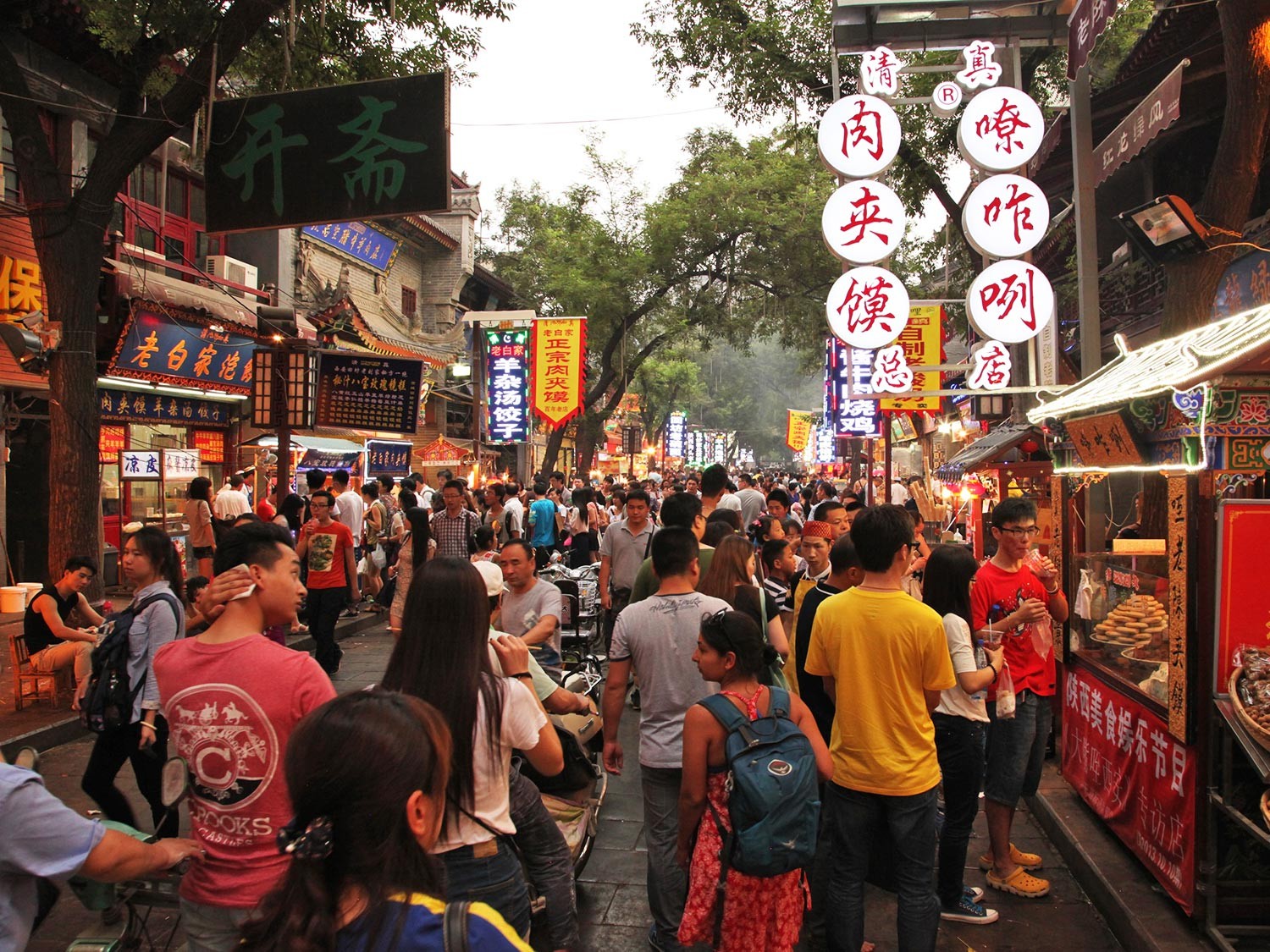 This popular Muslim friendly location is basically a bunch of intertwined lanes offering countless kebab shops, stores exhibiting popular Muslim purchase items like the Hijab and Burka, and fruit stalls serving fresh fruits of all colour, size and shape. The Muslim Quarter is not only a must-visit region in Xi’an but a must-have experience on the whole. Within the Muslim Quarter alone there are comfortably 10 beautiful Mosques, all from various dynasties, of which the Great Mosque is the oldest and largest in all of China. Unlike the traditional Mosques as those in the Middle East and Turkey, the Mosques in Xi’an are designed to represent the Chinese culture and showcase ethnic architectural features like the Chinese pagodas, glazed tiled roof and the Phoenix statues. 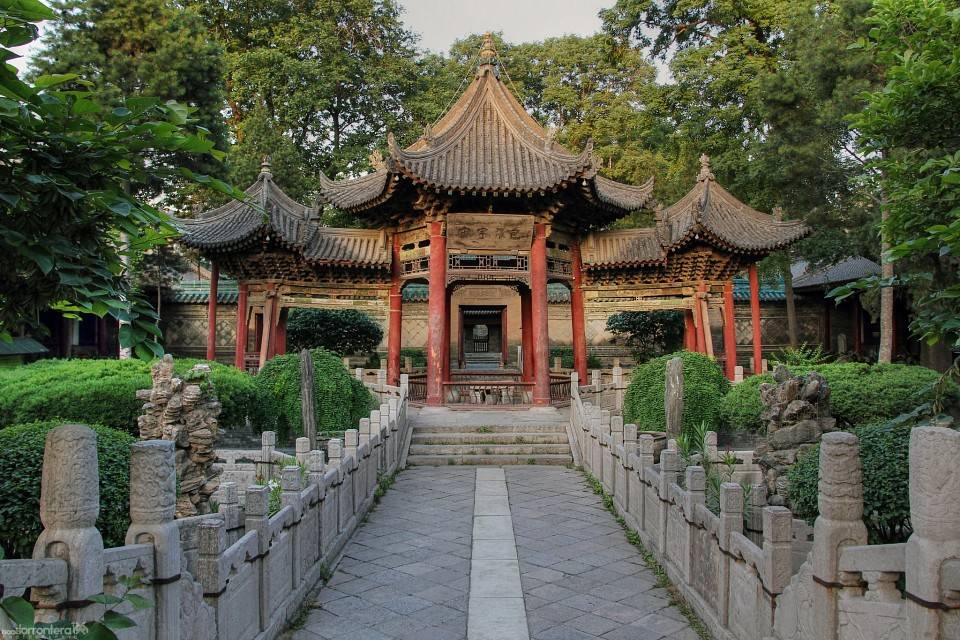 The splendid, Great Mosque, is by far the most visited architectural treat to all Muslims and non-Muslims alike. Inspired by Chinese architecture, this structure was inaugurated during the peak era of the Tang Dynasty in 742. In present times, the prayer hall in Xingxin Tower of the Great Mosque bustles with more than one thousand worshippers daily during all five prayers times. Non-Muslims, not being allowed into the prayer hall can, however, visit the courtyard complex of the Mosque and have a walk around the serene gardens and witness the local heritage displays from 8 am to 7.30pm any day of the week. 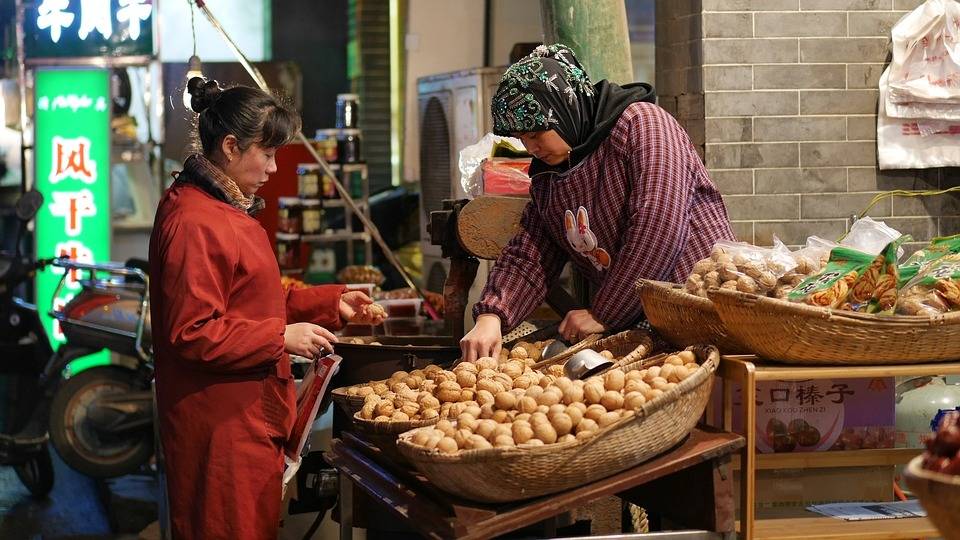 The Hui people are fully Chinese with the exclusion of the fact that they are Muslim unlike the majority of Han Chinese, even though ethnically similar. However, traditionally varying, the Hui have their own taste in fashion and their unique style of food ensuring usage of Halal ingredients. The Muslim Quarter is primarily occupied by the Hui. 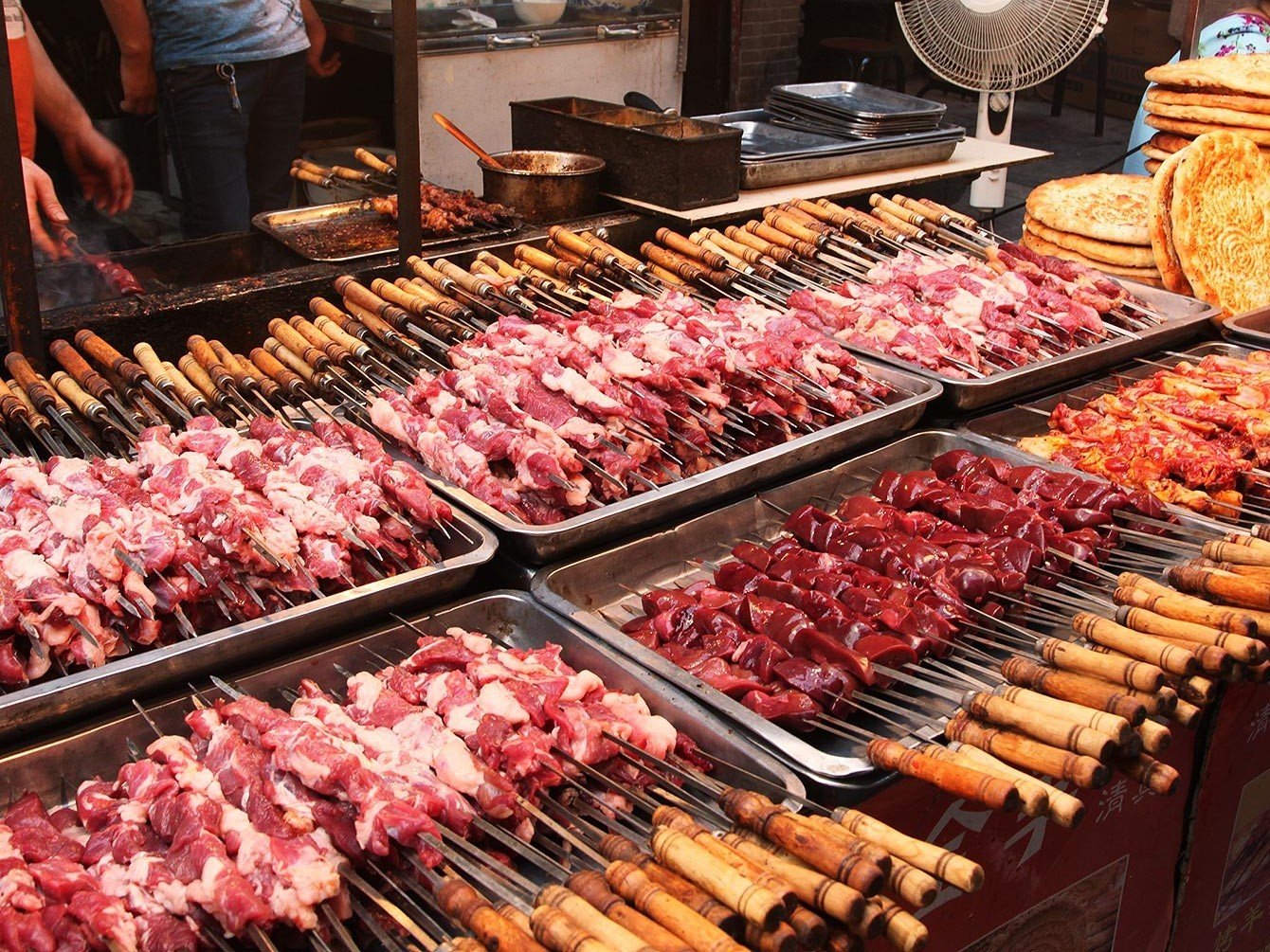 Mutton and lamb are the hero ingredients of the majority of the Hui street food that are predominantly Halal certified. These meats are rendered in the Chinese culinary fashion, prepared by following the cooking techniques like braising and roasting as seen in the local cuisine. Some of the fast-moving dishes in the Muslim quarter are the chuanr which is technically meat kebabs cooked on skewers, na’an bread and yang rou pao mo; a soup style dish of crumbled flatbread in a mutton stew. Dining in one of the many restaurants or boutiques in the Muslim Quarter will give you the perfect Chinese style Halal meal.

When is the best time to visit Xi’an?

Generally, Xi’an has a continental climate, signifying seasons. The period between June and October is observed as the peak time for travelling to Xi’an for during this period it’s mainly warm and humid with possible monsoon showers. Another advantage of planning your travel during this time of the year is that your trip will coincide with the Xi’an Ancient Culture and Art Festival which happens in September. This festival highlights the Chinese traditions and culture showcasing folk performances: dance and music, art and literature.

Enjoy a Muslim-friendly holiday in Xi’an, China. Experience the Islamic faith in China, representing the ethnic Chinese facets while exploring the numerous archaeological and architectural landmarks like the Terracotta Army and the Great Mosque exclusively in Xi’an, China.

For more destination ideas on where to travel in 2018, check out our travel blog or download the Halaltrip Islamic Travel App to find locations of halal restaurants and mosques near you.