Exploring the Marvels of Queensland 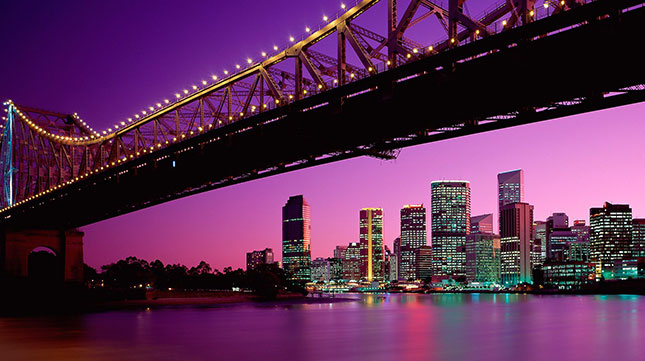 The vast state of Queensland will dazzle travellers with its stunning landscapes, vibrant cities and wonderfully warm sunny climate.

Occupying over a quarter of Australia's land area, Queensland will have plenty to offer every kind of traveller. Queensland is found towards the northeast of Australia and is the second-largest state of the country. It is arguably the most popular of Australia’s six states since it is home to many major world heritage sites such as the Great Barrier Reef and the Daintree National Park. Queensland comprises several major cities - Brisbane (the state capital), Bundaberg, Cairns, Gold Coast, Hervey Bay, Rockhampton, Townsville, Noosa and Port Douglas.

The state itself covers an area of nearly 2 million square kilometres and is home to a population of over 5 million inhabitants, making it the third-most populous state in Australia. Queensland offers an abundance of sights and is extremely popular amongst tourists and travellers.

Its highlights include the Great Barrier Reef - the largest coral reef system in the world as well as one of the seven wonders of the natural world. Located in the Coral Sea, it stretches on for over 2,300 kilometres and comprises nearly 900 islands and 3,000 individual reefs home to brightly coloured fish, corals and marine creatures such as whales, dolphins and turtles. A visit to the Great Barrier Reef is a must when sight-seeing in Queensland – particularly for nature enthusiasts. Another highlight is the Daintree National Park, which is located towards the far north of Queensland. It is famed for its exceptional biodiversity, being home to a wealth of flora and fauna - including several endemic and endangered species. The park was declared a UNESCO World Heritage Site in 1988. A trip to Gold Coast is another must-do when travelling in Queensland. Being one of the most popular destinations in Australia, Gold Coast is the ideal place for those who love the sun, sand and lots of fun.

It boasts some of the best beaches in the country – such as Surfers Paradise, Broadbeach, Burleigh Heads and North Burleigh – as well as a number of national parks, mountain creeks and waterfalls. Its theme parks are some of the most popular attractions in Queensland and travellers will also discover a wealth of shopping opportunities to keep themselves busy.

Queensland in general is home to significant numbers of Muslims residing in its major cities and Muslim travellers will not face much difficulty in finding access to facilities. Numerous Halal restaurants and mosques will be available throughout the state and will ensure that Muslim travellers will be able to enjoy a hassle-free trip to Queensland.