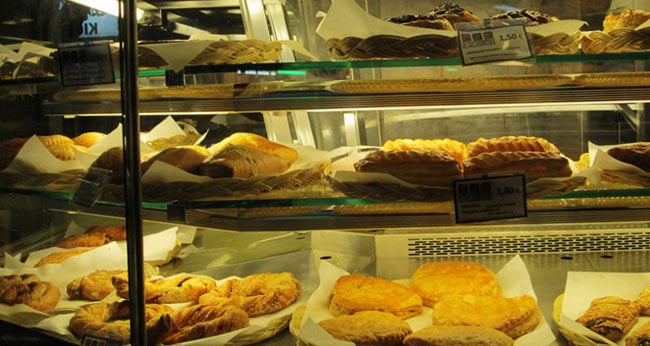 Cyprus, an island in the Mediterranean Sea, lies at the crossroads of three continents. While the island is geographically a part of Asia, politically it is a European country and is where east meets west. Since Cyprus is a divided country, with a Greek Cypriot side and a Turkish Cypriot side, travelers will find visiting either side a completely different experience. With seven access points linking both sides, including two pedestrian crossings in Nicosia, tourists must make it a point to cross the line and experiencing the two different cultures within Cyprus if possible. Home to breathtaking beaches, spectacular mountain trails and many historical sites, tourists visiting Cyprus will have plenty of sites to see and activities to enjoy, along with great flavors to sample.

The cuisine in Cyprus is essentially Mediterranean, mainly Greek with heavy Middle Eastern and Asian influences. The best way to acquaint yourself with the local cuisine is to order a mezz - a medley of up to 20 small dishes ranging from appetizers to main. This popular platter will tantalize your taste buds and is a definite must-try when in Cyprus. Haloumi or Helimi - a local cheese that is usually grilled or fried, is another must try dish, while the Cypriot desserts flavored with rose water, almonds and pistachios are quite irresistible and should not be missed.

Tourists in Cyprus must make it a point to try out as many of its popular local dishes as possible and discover the flavors of the island. Muslims in Cyprus are also sure to want to indulge in the country’s cuisine, as it is a big part of the travel experience. They will however have to find suitable restaurants in order to enjoy these dishes. Although finding Halal food in Cyprus is possible, not all cities have many Halal options.

Muslim tourists visiting Nicosia, the divided capital city of Cyprus, will find that locating Halal food is not too hard in this city as it is home to a sizeable Muslim population. While Green Pepper Indian Style, Alladin Cafeteria and Sham Food are some of the better known Halal outlets, Muslim tourists in Nicosia will also be able to find more Halal dining options from the local Muslims in Cyprus or while at the mosque.

Limassol also has a small Muslim population and a few Halal outlets that are Muslim owned. The Syrian Arab Friendship Club and Al-Zahra Lebanese Restaurant are two Halal restaurants in Limassol that Muslim tourists could dine at. For more Halal options Muslim tourists could make inquiries at the mosque.