Finding Mosques and Places to Pray in Paris 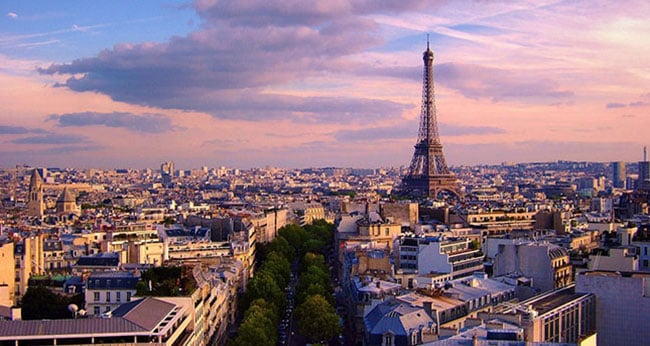 There are quite a few mosques in Paris, providing Muslim travelers a number of places for prayers. Read on for more information on where to go to pray in Paris!

Islam flourishes in Paris, with France being home to the second largest community of Muslims in the continent of Europe. Islam is also the second-most widely practiced religion in the country and Muslims make up around 5-10% of the entire population. Due to the sizeable Muslim population living across France, several mosques have been established across various parts of the country - including several Muslim areas in Paris. Muslim travellers will be able to witness a large number of mosques in Paris in particular.

Click here for a Muslim-friendly city guide to Paris

There are over 2,000 mosques in France – of which over 75 mosques are found in the capital city of Paris.

The Grand Mosque of Paris

The largest mosque in France and the third largest across Europe – the Grand Mosque of Paris – is the most prominent masjid in Paris - located in the Fifth Arrondissement. The Grand Mosque of Paris – also known as the Grande Mosquee De Paris – is one the largest and most prominent mosques in Paris. It was established in 1926, following the First World War as a token of gratitude towards the thousands of Muslim tirailleurs who lost their lives during the fight against Germany.

The Grand Mosque of Paris features Mudéjar style architecture and features a massive minaret that soars 33 metres in to the sky. A long and fascinating history is associated with the Grand Mosque of Paris, particularly during the period of the Second World War, when the mosque acted as a secret refuge for large numbers of Jews. The mosque kept the Jews safe by providing them food, shelter as well as fake Muslim birth certificates to ensure their safety.

Yet another prominent masjid in Paris - located in Saint-Denis, in the northern suburbs of Paris, France.

Other Mosques in Paris

With a total of almost 100 mosques scattered across the Muslim Areas in Paris, Muslim travellers will not find it difficult to gain access to prayer facilities in Paris.

The easiest way to locate the nearest mosque in Paris when travelling in the city is by downloading the HalalTrip App and using its useful "Can You Reach The Mosque" feature. The feature provides a list of all the nearby mosques in Paris that are located closest to you based on your current location, making it an excellent tool for mosque discovery when travelling.