Where to Get The Best Gudeg in Yogyakarta, Indonesia 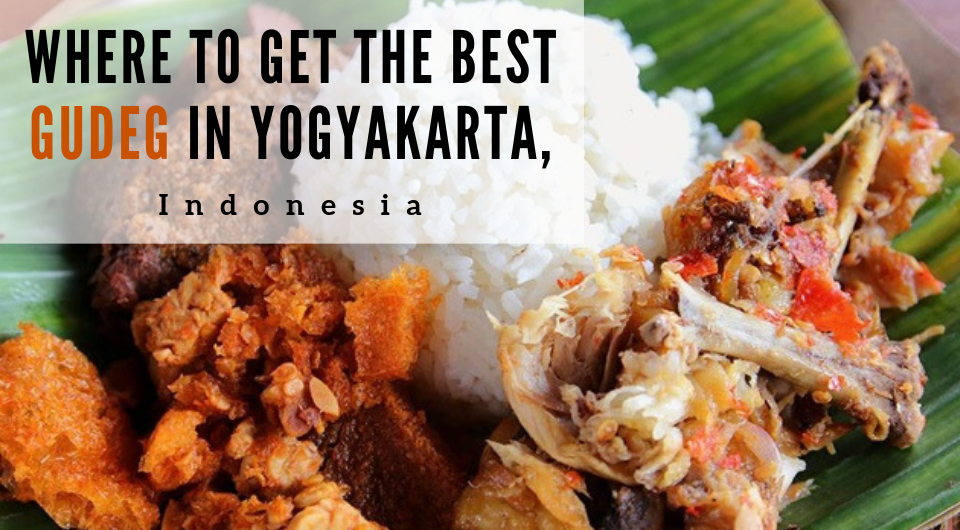 Gudeg is one of Indonesia’s most authentic culinary delights that you will not want to miss when you are in Yogyakarta.

The brown Javanese cuisine is made from an young unripe jackfruit, locally known as gori. It is cooked slowly for several hours with fresh coconut milk and Javanese palm sugar. In the city, people like to enjoy it with side dishes, such as tofu, tempeh, boiled duck egg and chicken. Eating gudeg will not be complete without krechek, a traditional Javanese cattle skin spicy stew dish.

Here are four places I would recommend if you are looking for the best gudeg in Yogyakarta: 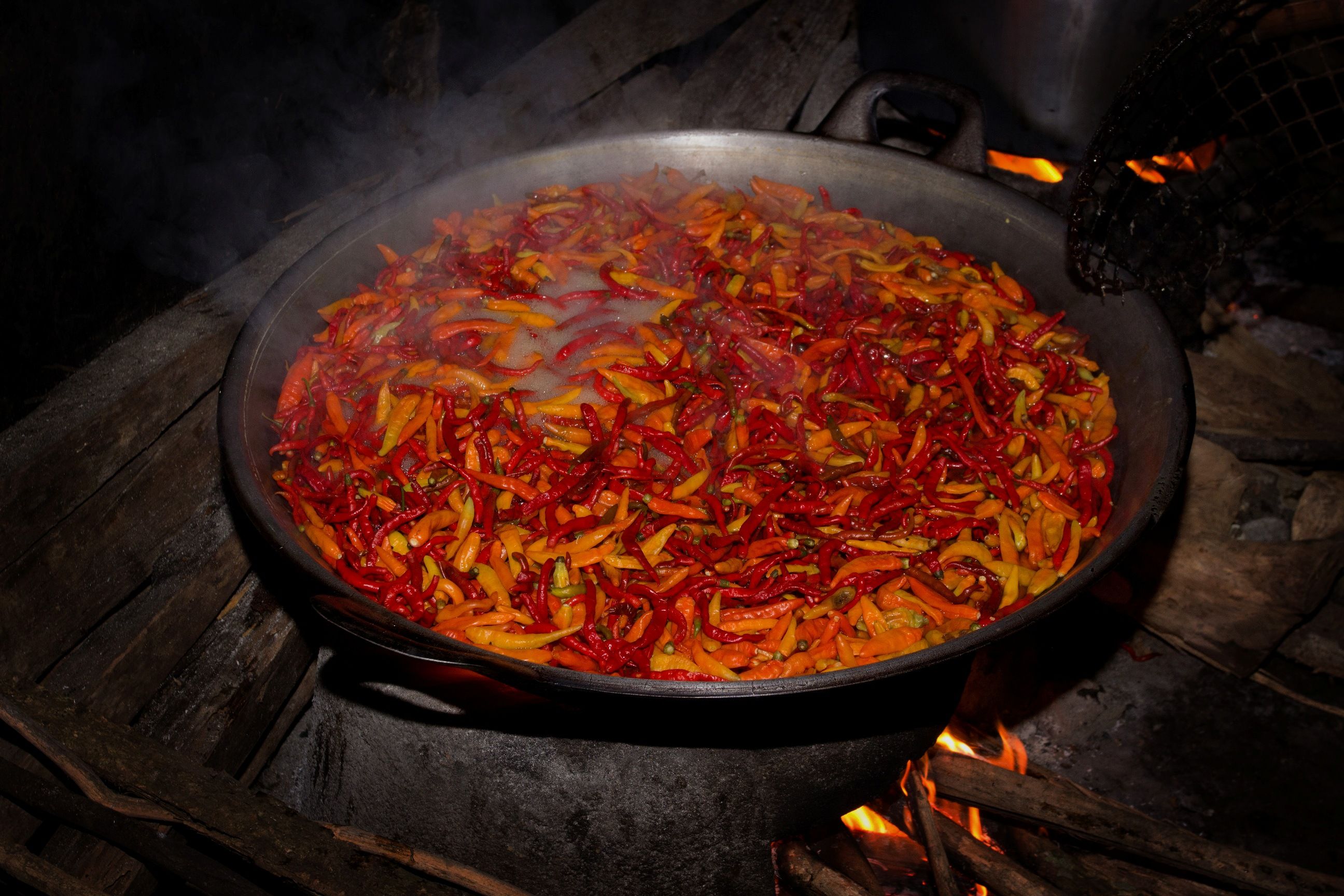 If you ask people in Yogyakarta about where to find the best gudeg restaurant in the city, they all will say Gudeg Yu Djum.

Having existed since 1951, Gudeg Yu Djum is the most popular gudeg vendor in Yogyakarta. To find it is very easy because its seven branches are strategically located across the province.

Its headquarters is on Jl. Kaliurang Km. 4.5. It is near Gadjah Mada University, the oldest university in Indonesia. If you land in Adisutjipto International Airport, you can also find its outlet within the area of the airport. If you happen to be around the Palace of Yogyakarta, you can find Gudeg Yu Djum restaurant on Jl. Wijilan.

The restaurant is named after its founder, Djuwariyah or popularly known as Yu Djum. Djum is the abbreviation for Djuwariyah. In the Javanese language, the word ‘Yu’ is used to call older women to respect them. Her customers usually called her ‘Yu Djum’.

In 2016, Yu Djum passed away at the age of 85. According to her family members, she had been sick for a long time and had been hospitalized several times until she took her last breath at the Bathesda hospital.

Gudeg is sweet as it is cooked with palm sugar. Compared to gudeg from other outlets, Gudeg Yu Djum is the sweetest. One portion of gudeg is priced at around Rp 15,000 to over Rp 30,000, depending on side dishes you choose. 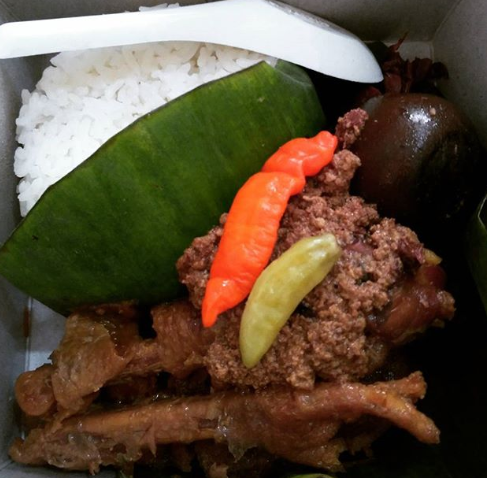 Gudeg Yu Narni is named after its owner, Narni Suwardi. Its outlets are located on four spots, from Jl. Kaliurang Km. 4.5 (near Gadjah Mada University) to Jl. Magelang Km. 11 (in front of Yogyakarta Regional Development Bank).

Gudeg Yu Narni is less popular than Gudeg Yu Djum, but it is loved for its affordable prices. With less than Rp 20,000, you can enjoy a portion of delicious gudeg with sliced chicken and boiled egg as your side dishes.

What makes Gudeg Yu Narni more special is that the gudeg itself is not really sweet. In this restaurant, you can also choose two types of gudeg, namely dry gudeg or wet gudeg. The dry gudeg lasts longer than the wet one.

Gudeg Yu Narni has opened its doors since 1996. Before running her own business, Narni Suwardi worked at a gudeg restaurant owned by Wito Suwarno or popularly known as Bu Wito. 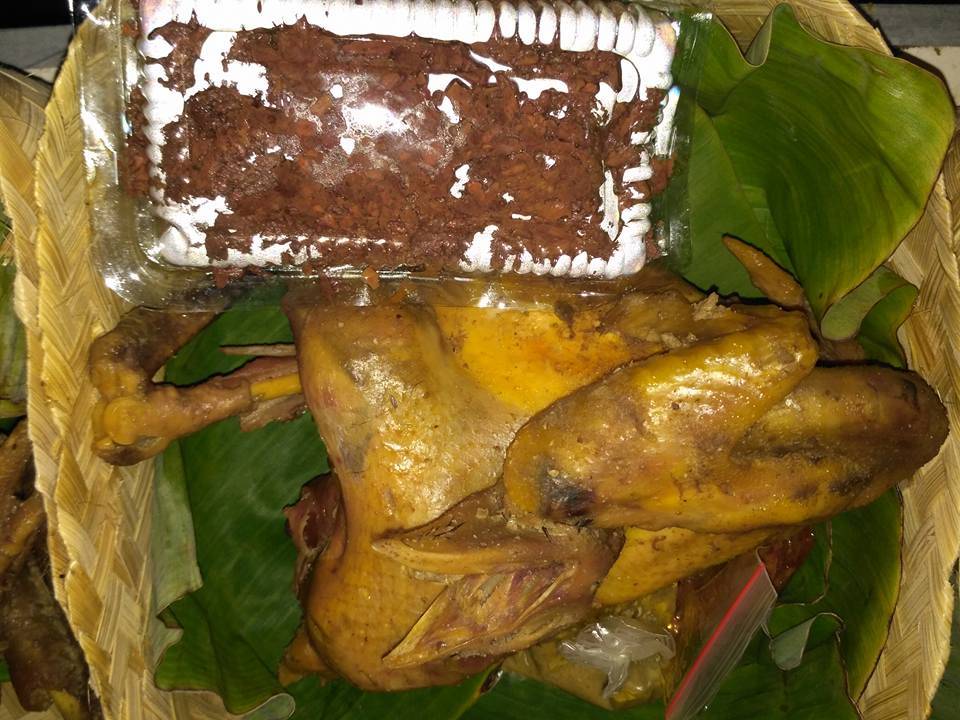 Unlike Gudeg Yu Djum and Gudeg Yu Narni, Gudeg Bu Dullah is quite far from the downtown of Yogyakarta. This outlet is located in Jebugan village, Bantul regency, which is 13 kilometers from the Palace of Yogyakarta. It will take around 30 minutes to get there by motorcycle or car.

Gudeg Bu Dullah is not as famous as Gudeg Yu Djum, but it deserves a try.

Gudeg Bu Dullah, which is named after its owner, Dullah, has existed since 1998. In Indonesia, the word ‘Bu’ is used to call a married woman.

In Yogyakarta, it is hard to find gudeg outlets who make the dish from manggar. Most of them use jackfruit to make gudeg.

Because the supply is limited, gudeg manggar is usually reserved for special occasions, such as royal celebrations.

Gudeg manggar’s texture itself is as soft as sliced chicken. Many customers of Gudeg Bu Dullah often think that what they enjoy is chicken, not coconut flowers. 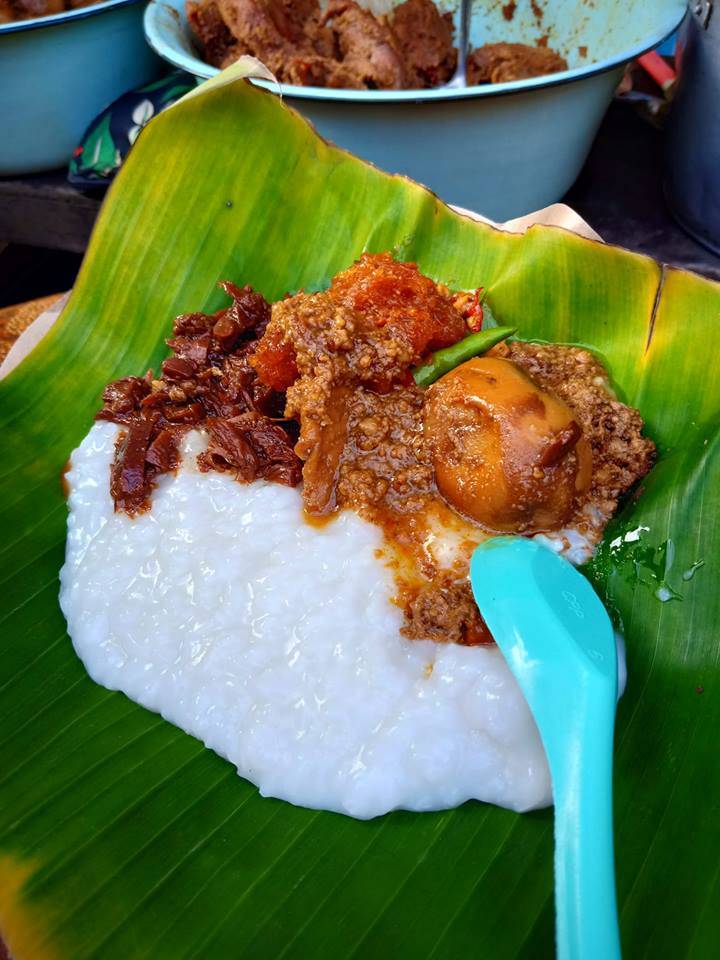 Gudeg Mbah Lindu is arguably the oldest gudeg vendor in Yogyakarta. It is located on Jl. Sosrowijayan, which is near Malioboro shopping center.

The owner, Mbah Lindu, has sold gudeg since 1940, the year when the Japanese empire still occupied Indonesia. The historic value of her business has encouraged many travelers and locals to taste her gudeg.

She is 100 years old today, and that she is called ‘Mbah’ because that word means grandmother in English. She is still able to cook, but no longer serves her customers. Her position has been replaced by her daughter. If you visit at 6 am., you will surprise to see that many people already flock to her stall. Her gudeg will be sold out before 10 a.m.

A portion of gudeg, which includes a boiled egg and krecek, is sold at Rp 20,000. It will be more expensive if you replace the egg with chicken. The chicken is tender, immaculately cooked and tasteful inside and out.

What makes Gudeg Mbah Lindu different from other vendors is that customers can choose whether they will enjoy gudeg with steamed rice or with porridge.