A Guide to Süleymaniye Mosque, Istanbul

Perched upon the third of İstanbul's seven hills, contributing to its skyline, and overlooking the sea is one of the city’s most prominent landmarks, the stunning Süleymaniye Mosque, or the mosque of Suleiman the Magnificent. While there are countless beautiful mosques in Turkey such as the renowned Blue Mosque, the Süleymaniye Mosque is one of its most impressive. It is one of the grandest of mosques in Istanbul, making it an attraction visited by millions. Apart from its beauty, a noteworthy fact about the Ottoman imperial mosque, which was built between 1550 and 1557, is that it also witnessed numerous significant historical events, thus making it a bucket list spot for history buffs from around the world.

A trip to Istanbul is most definitely incomplete without a visit to the iconic Süleymaniye Mosque. There is a reason that this is one of the top attractions in Istanbul, so it has to be experienced in person! If you’re tight on time and wondering which mosques to visit and where to pray in Istanbul, we highly recommend the Süleymaniye Mosque, for its remarkable Ottoman features and fascinating story are sure to capture your heart and make your holiday memorable.

From facts about the Süleymaniye Mosque, to its history, as well as what makes it one of the most popular sights in Turkey today, here’s what you can expect when visiting the masjid and its complex. 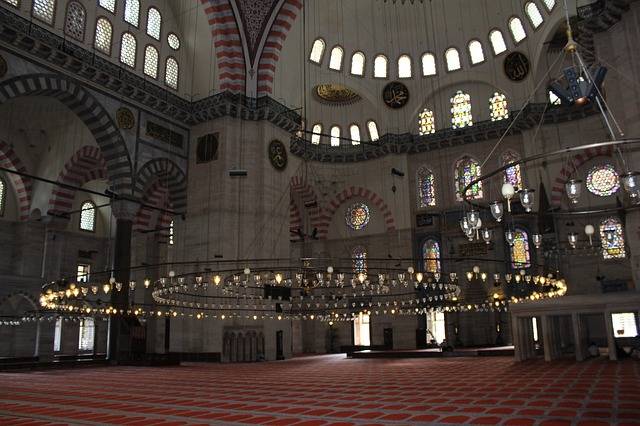 In the 16th century, Sultan Suleiman, also known as Suleiman the Magnificent, commissioned the building of the mosque. Designed by the talented Mimar Sinan, a famous imperial architect, the mosque, like most others of its kind in the city, was not solely a place of worship, but was built as a complex of several charitable public institutions.

The mosque took seven years to be built and in 1660 was subsequently ravaged by a fire, and restored by Sultan Mehmed IV. In 1766, an earthquake caused part of the dome to collapse, and its repair caused Sinan’s original design to be completely altered. The mosque’s courtyards were used to store large quantities of weapons during World War I. During this time, some of the ammunition held caught fire. The total restoration of the mosque did not happen until the year 1956.

Today, the Süleymaniye Mosque features grand courtyards with large marble and granite columns, with the inner courtyard even home to a fountain which was once used for ablution, along with four minarets which house ten beautiful balconies, that are known to symbolize the fact that Suleyman, after the Conquest of Constantinople, was the fourth Sultan to rule the city, the tenth Sultan since the Ottoman Empire was established. The mosque is also home to a wonderful garden, which is visited by countless tourists due to the spectacular views that it offers of the Bosphorous and Golden Horn. The exterior of the Süleymaniye Mosque itself, with Islamic and Byzantine architectural elements, makes it reason enough for it to be an iconic attraction in the city. The mosque is intimidating in sight and exudes grandeur.

The interior of the mosque is simplistic in design and less ornate than most others of its period, but its size will leave you awestruck. With lush carpets covering the floor, simple woodwork, a fine İznik tile covering the mihrab indicating the direction of the Qibla, the minbar (or pulpit), large chandeliers, pretty stained-glass windows, fine Qur’anic calligraphy and geometrical patterns, and other Ottoman inspired architecture, the inside of the masjid is equally spectacular as its exterior. The Great Dome above you, with a diameter of 27 meters and a height of 53 meters, is another prominent feature of the mosque that is marveled at by pretty much anyone paying a visit.

Mausoleums with the octagonal tomb of Suleyman, along and his wife Haseki Hürrem Sultan’s tomb, as well as that of the architect Sinan, and a number of other royalty can be found in a cemetery within the compound's garden. 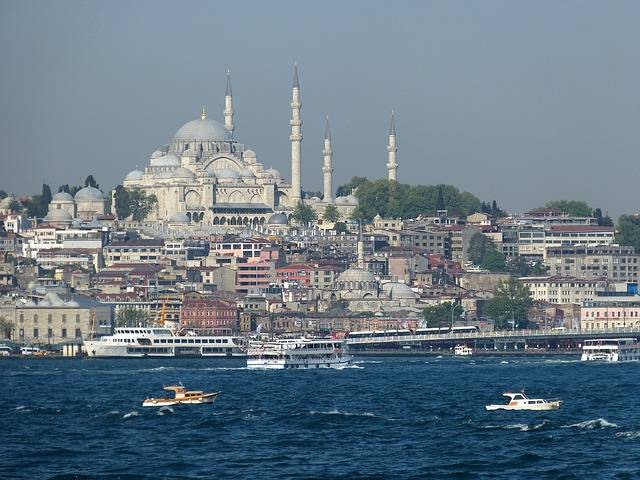 Suleyman ordered that the mosque be designed as a kulliye, or complex, the religious and cultural services of which would be used to serve the public. Thus the complex housed a hospital, a public kitchen where food was served to the poor, madrasahs, public baths or hammams, cafés, shops and even a primary school and college.

Today, many of these buildings have been preserved and can be explored by the public. You will find that the soup kitchen has been transformed into the Dârüzziyafe Café, and the buildings that once housed the madrasahs and primary school have been converted into the Süleymaniye Library, which holds around 110,000 manuscripts, and a number of restaurants. The complex’s hospital is now owned by the Turkish Army and used as a printing factory. To the east of the mosque, there is a traditional Turkish bathhouse still functioning. The Süleymaniye Hammam, nowadays caters mainly to tourists, and is the ideal example of how bathhouses of its time used to look.

The Süleymaniye Mosque regularly undergoes restorations, so be prepared to be met with the news that certain parts of the mosque and complex cannot be accessed by public. The mosque is open throughout the day and can also be accessed by non-Muslims wishing to take a tour with the exception of during prayer times. Cameras are permitted inside the Masjid.

Book a Halal Hotel in Istanbul