The article was written by one of our contributing writers.

What do I eat if I'm in Durban?

We are on a school mid-term break at the moment so decided to take a trip to Durban for a few days. Durban is a beautifully warm coastal city in South Africa. Due to the area-specific ocean currents, the city has a much higher humidity level than the rest of the country and consequently, a constantly warmer temperature year-round. During the years of slavery, many Indian slaves were brought to Durban to work in the sugar cane fields and much to our advantage brought with them their lusciously aromatic Indian spices. As a result, Durban food is known to be rich in spices and always has a wonderful fiery heat to it. So what to eat when in Durban?

A must-have is a bunny chow. Bunny chow is an unsliced chunk of bread, you can choose either between a quarter or half a loaf of bread, which is then dug out in the middle and filled with a luscious curry. It has to be eaten with your hands so that you can fully enjoy the true experience. 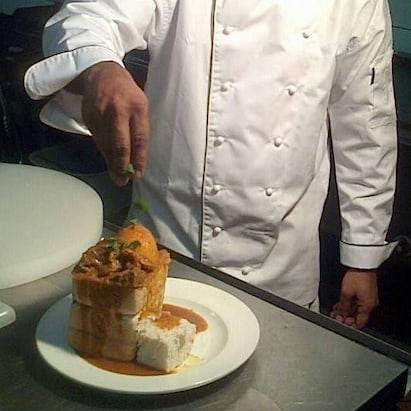 Found on the Durban beachfront this is a grand place to get a bunny chow from. They have a variety of other options on the menu but their bunnies include kebab (my personal favorite) mutton, chicken, and beans. They also offer one of the best masala teas that I have tasted which is a tea brewed with cardamom pods, cinnamon, and cloves. On Fridays, they are also a good option to consider for lunch because they have a biryani special which comes with all the South African trimmings of sojee and sour milk. To add the cherry on top they aren't that pricey either so you won't exactly be cracking the vault purchasing a meal from them. The ambiance is quite scenic as well as it's on the border of the beachfront but do try to get there before the lunch and supper rush because seating is limited and they do get quite busy. 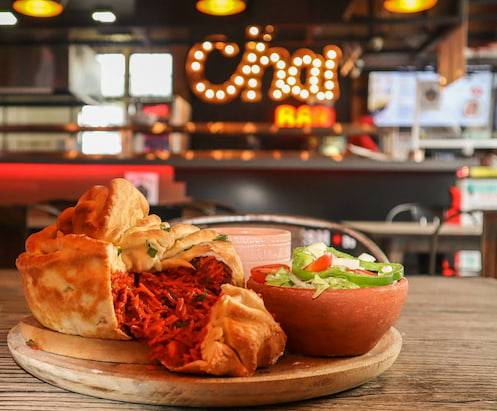 What is Durban if you don't give their chicken tikka a try? Chicken tikka is another purely Indian delicacy where the chicken is marinated in a deep red spice and then cooked in a grill-like clay oven. It's accompanied by condiments and Naan which is also an oven-baked bread. From the website I expected this place to be a fully functional restaurant so was a bit surprised when I saw the limited menu and the buy and seat yourself concept going on but I must admit I wasn't disappointed at all with the food. The store has a bit of a deli approach to it majoring mostly in wraps and parathas (a filling sandwiched between two Naan bread) but the food was delicious and the seating ample. Again it was easy on the pockets and one tip I can give is that Durban tends to be far cheaper with its food prices in comparison to Johannesburg so eat to your heart's content. It's a lovely little eatery tucked away in the heart of Florida Road. Right next door is a Gelato shop offering the creamiest ice creams and milkshakes. 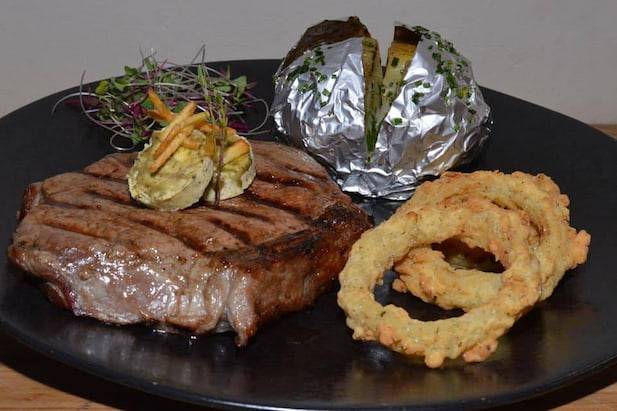 You can not visit Durban and not make a trip to RJs. A few stores tried to open in Johannesburg but their clientele seems to be in Durban. They are known for their legendary steaks but also offer a vast menu including chicken and ribs. I particularly love their take on bunny chows. It comes in a pot-shaped piece of bread with the filling inside so you basically break the pot to enjoy the filling. They were previously situated on Florida Road but have since moved to a larger more spacious venue just parallel to their previous location. Their shakes also do not disappoint and neither do their ribs which are lusciously basted in their signature RJ sauce. They are not as easy on the pockets but the basting used is magnificent and worth the stop if you intend on treating yourself.

When RJs moved out Empire Steak moved in. I love the pun which is a play on the Empire State Building and the menu is equally enjoyable with a play on many New York landmarks. Their starters, steak, drinks, and desserts... basically everything on their menu is a winner. They have a marvelous breakfast infused with their special sauces and spices and the mocktails truly are next level. Their play area has been converted into a New York taxi which is a great treat for the kids. The restaurant does get very busy so I would suggest trying to slot in a late lunch/ early supper especially with kids but the service is impeccable because despite the crowds, the waiters pay close attention to detail and the food arrives very quickly. 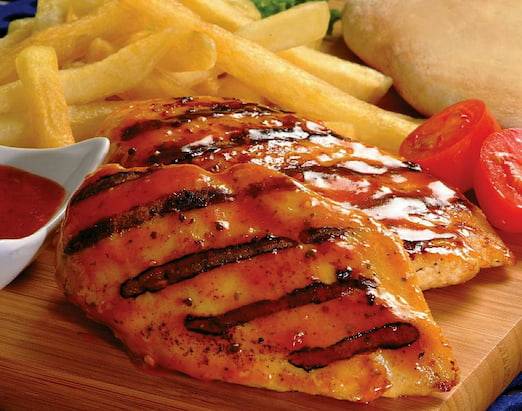 This is one of my absolute favorites when in Durban especially since their sheesh kebabs are not easily found anywhere else in South Africa. They have a good menu offering the likes of chicken and pizzas but their specialty is their Jolly Lollies. They have a few branches around Durban but my personal favorite being the one located on the beachfront. The lollies come in different flavors which are laced with a tantalizing seasoning. The lollies are served with chips and Naan bread and are without a doubt a mouth-watering treat. The seating is extensive and they even have a butchery where these lollies can be bought and taken home or cooked while on holiday if you choose a self-catering option.

Remember though you have to try the bunny chow which is a magnificent culinary experience and contrary to popular belief does not actually contain bunnies! Happy Eating!