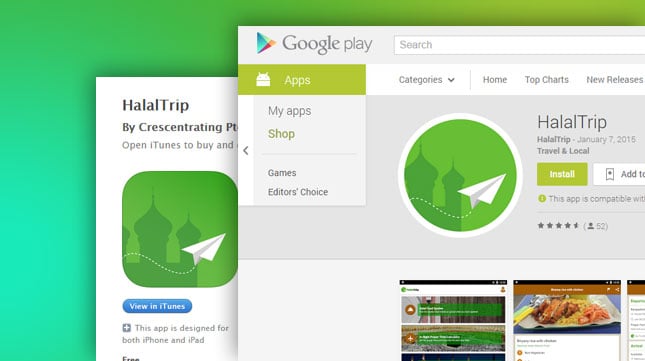 An app designed with a food spotting feature to simplify the travel experience of Muslims allowing users to share and rate Halal food across the world has been launched. HalalTrip, one of the world’s biggest online travel agents for Halal travel, today announced the launch of their new app, making place discovery and trip planning for millions of travellers easier, fun and more intuitive than ever. The new app brings together two key essential travel resources for Muslims; Halal food discovery and prayer times. Other features such as city guides and hotel-booking features will be added shortly. The app allows users to “spot” Halal food dishes while on their travels and upload images, comment and share via social media to millions across the world. 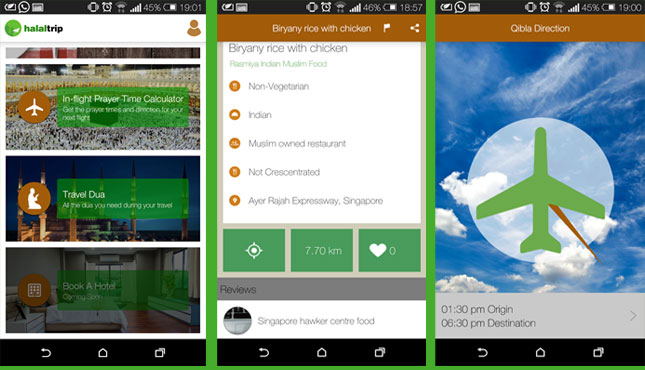 Halal food is one of the biggest drivers of tourism for the Muslim market. The app, which has both an English and Arabic user interface, also integrates CrescentRating’s in-flight prayer time calculator which allows users to work out prayer times and directions instantly while on board a plane. According to CrescentRating, the sister company of HalalTrip, the Halal tourism sector was worth $140 billion in 2013. This figure is expected to reach $192 billion by 2020. Over the last 12 months, CrescentRating has seen a surge in restaurants across the world wanting to certify their food as Halal. Its restaurant rating, launched just two months ago has now more than 50 rated restaurants across the world, including food places in Peru, Vietnam, Taiwan, Belgium, USA and Austria. 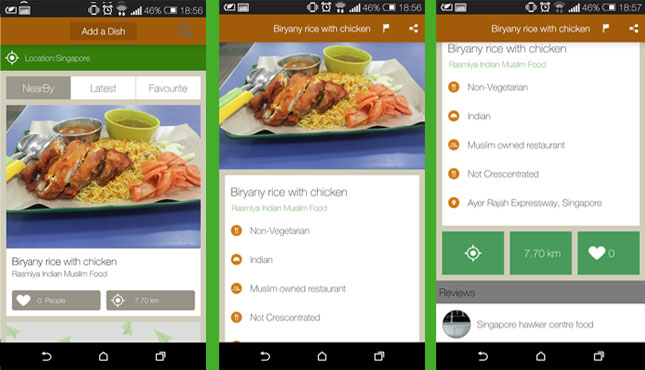 Fazal Bahardeen, CEO of HalalTrip said the app has been launched in direct response to the global trend and will be a huge help for tourists who are planning to travel to any destination. He said: “We want to offer a complete travel experience with the help of the app. The app will also help users locate and share new Halal food spots in the cities they are residing” “We want to make it easier and more fun for people to plan trips, and discover very important things that influence their travelling decisions such as places to eat along their journey. They can then share this with their network and other travellers.” “Halal food is one of the most important aspects of Muslim travellers and we have seen a huge increase in the industry from restaurants wanting to become Halal and more Muslim-friendly to accommodate this market.” “Muslims, just like the general population, love to discover new places to eat and share their experiences. This food feature will allow Muslims to share their experiences and track their journey. “We believe this will drive Halal tourism across the world as tourists will be able to use the app as a reference guide for future travel.” Over the next few months, HalalTrip will add new features to the app including a direct booking service. The free app is available for both iPhone/iPad & Android smartphones and can be downloaded by searching for ‘HalalTrip’ in the App Store/Google Play. You can download the App here: