History of Muslims and Mosques in Hong Kong 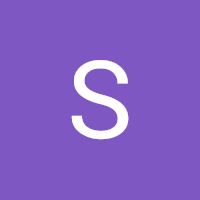 The Kowloon Mosque and Islamic Centre, the largest mosque in Hong Kong

When it comes to Muslim history, Hong Kong might be the last place in your mind. The city is known for its dim sum dishes and martial arts through Jackie Chan and Bruce Lee. However, there's more to Hong Kong than what the usual travel websites show you.

Hong Kong today is home to more than 300, 000 Muslims (and rising) accounting for 4.6% of the city’s population. The Muslim population is diverse in the territory ranging from people coming from the Indian subcontinent as well as Malays and Indonesians (who make up the majority of Muslims in Hong Kong) and other groups.

I've been living in this city for more than two decades and I was always curious about how Islam reached Hong Kong.

How Islam came to Hong Kong

The colonization of Hong Kong is one of the major contributors to how Islam came to the bays of Hong Kong. Just after Britain colonized the city of Hong Kong, it was in need of security, so they imported a lot of soldiers and sailors to protect the city as well as the goods which came through the British East India Company.

These soldiers were imported from places like Attock, Lahore, Abbottabad, and Punjab from the then undivided India and present-day Pakistan, most of whom were Muslim. They were called Lascars which means soldier or sailor in Persian and Bengali. They would later contribute to the building of mosques in the city and make Islam a part of Hong Kong's history. These soldiers also went on to permanently settle in Hong Kong. Making the city their new home.

Islam in China was introduced as early as the Tang and Song dynasties during the year CE 618–1279 through the Silk Road, where traders from Persia and Arabia built mosques as well as established businesses. There are reports of missions coming to China sent by Muslim rulers with caravans arriving in Chang’an (which is the old name of Xi’an) and Kaifeng, which is in the Henan province. They were called “tributary” missions and were given “free lodging, luxurious entertainment, and benevolent gifts” by the Chinese government which exceeded the value of the goods they had brought. Since then, Arabs and Persians remained active economically in the Tang empire’s trading ports. 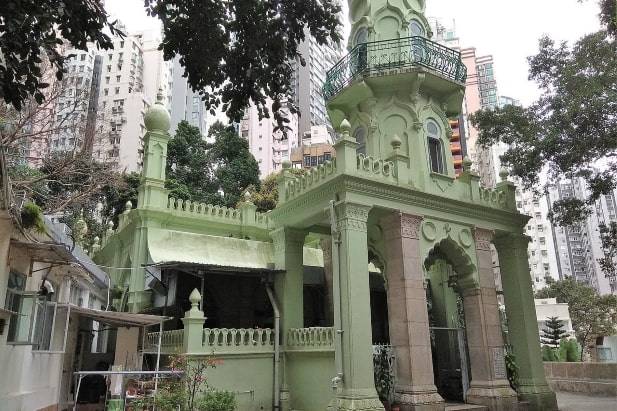 The first group of Muslims to set foot in Hong Kong were the soldiers and sailors also known as the Lascars in 1841. They settled near present-day Sheung Wan. Due to this, the road was named Upper and Lower Lascar Row, the row was referring to a row of houses where the soldiers lived.

Almost a decade later, in 1850, due to the increasing number of Muslims, some members of the early Muslim community applied for a piece of land for a mosque to be built and leased it in the name of four Muslims which were Shaik Moosdeen, Mahomed Arab, Shaik Carther, and Hassan Malay. The mosque was built in 1890 and was named Jamia Masjid or Jamia Mosque. It was also known as Shelley Mosque (due to its proximity to Shelley Street). It also had other names such as the Lascar Temple in previous historical records.

The same year, the Incorporated Trustees of the Islamic Community Fund of Hong Kong, commonly known as the Board of Trustees was established. The operations of the Trustees were formalized in 1917.

Jamia Masjid was later demolished and rebuilt in 1905 by a Muslim businessman Essack Elias from Bombay who financed the entire building of the mosque. The foundation stone was laid by Curimmohamed and its architect was  A. Abdool Rahim, another member of the Indian Muslim community.

The mosque was granted Grade 1 historical status from the Antiquities and Monuments Office, making the mosque “worthy of preservation as much as possible”. It was recently declared a monument along with City Hall and Lui Seng Chun, a shophouse in Mong Kok.  The mosque is also part of the heritage trail which starts from Sheung Wan covering the main areas of attraction in that district.

I strongly recommend visiting this mosque to appreciate the history of Muslims coming to Hong Kong and making Islam a part of the city's history. Apart from the architecture and antiquity of the mosque, I think we can appreciate the fact that Allah has granted us, Islam, even in the most remote places.

How to get there:
Get off at Central Station Exit D2 and walk to the mid-level escalator and go all the way up until you see the dome of the mosque. Google Maps or Moovit will come in really handy. 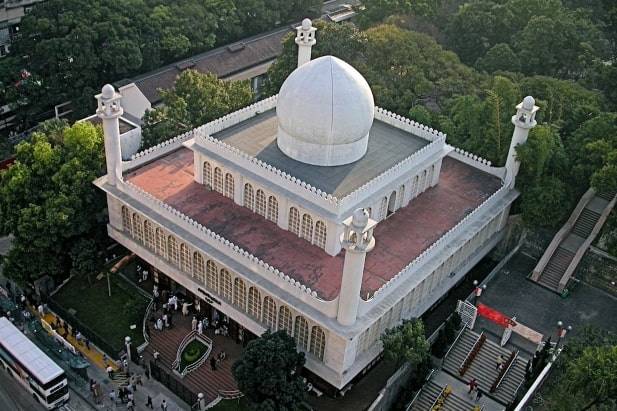 Kowloon Mosque is probably the most iconic and popular mosque in Hong Kong. It is situated in the Tsim Sha Tsui area which is a major shopping and tourist hub. There are numerous malls, museums, and a beautiful view of Victoria Harbour around the area. But if you look at the mosque, it is such a huge structure in an area full of hustle and bustle.

According to Haji Kafayatullah Rahmani,  the former chairman of the  Kowloon Mosque Reconstruction Committee in his 2012 booklet “Kowloon Mosque and Islamic Centre, Kowloon, Hong Kong, 2012”, writes that “Mohammadans of Upper India (Khattaks & Yusfuzais tribes and men from Jhelum, Shahpur, Rawalpindi, Hazara, and Gujrat) arrived in Kowloon to serve in the Hong Kong Regiment of the British Army”.

The soldiers also helped build a quarter for the Imam and a guesthouse for Muslim travelers. The mosque’s first imam was Maulvi Gulab Shah.

The mosque was initially managed by the Muslim soldiers stationed there who were from then undivided India.  With the creation of Pakistan on the 14th of August 1947, it was managed by the Pakistan Association, which later was run by the Trustees after the formation of the organization.

The mosque was in need of renovation due to its run-down condition. The renovation was initiated due to the building of the Tsim Sha Tsui station by the Mass Transit Railway (MTR) in December 1979.  Due to the construction, the mosque’s structure was affected and therefore needed a full revamp. The mosque authorities requested HK$1.5 million in damages while the MTR paid HK$66,000 to compensate for the damages. The mosque was finally renovated and rebuilt on 6 March 1981, opening its doors to the public on 11 May 1984.

Being the largest mosque in the city, it has segregated gateways for men and women, two main prayer halls and two madrasahs, a community hall on the ground floor, and a library. The mosque can also accommodate up to 3,000 worshippers. And the best part is that it has a lot of Halal restaurants in the nearby streets as well as the Chungking Mansions which is a complex full of Halal food options.

This mosque is a must-visit for anyone visiting Hong Kong. Perform your salahs here in this mosque and experience the Muslim atmosphere at Hong Kong's biggest mosque.

How to get there:
Get off at Tsim Sha Tsui Station Exit A1 and you'll see the minaret to your left. 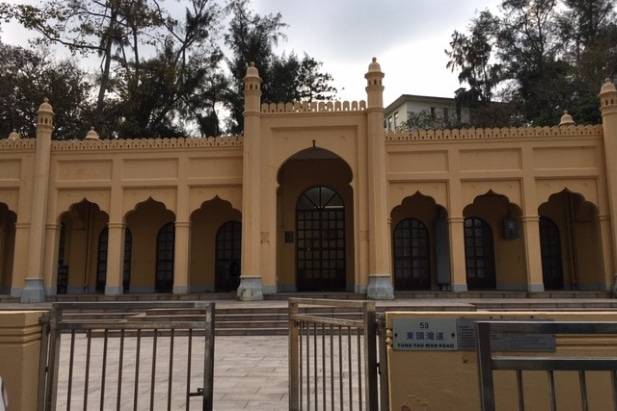 These two mosques are not as well-known as the others but still hold an important place in Hong Kong’s Muslim history. Stanley Mosque was built inside of the Stanley Prison compound where there was Muslim prison staff from India and Pakistan working for the Prison Department. There was around 400 Muslim staff working for the department during the early twentieth century. 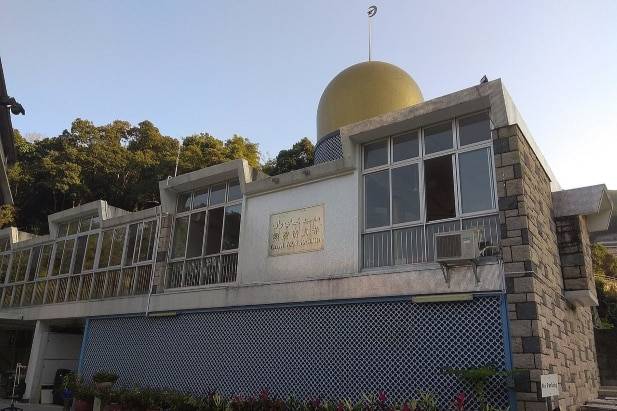 The Cape Collinson Mosque, also known as the Chai Wan mosque was built under similar circumstances. The mosque, which also has a Muslim cemetery, was built in exchange for the reclamation of land in the Ho Man Tin area, where the mosque used to stand on the Kowloon Peninsula in 1863. The government built a small mosque in Cape Collinson, (present-day Chai Wan) to cater to the needs of the Muslim community. The mosque opened on 4 August 1963.

However, due to the lack of access and the decrease of Muslim prison staff in both the Chai Wan and Stanley Mosques respectively, there is lesser use of these mosques nowadays. But, it is still being used and maintained by Muslims living and working in that area. So do give this mosque a visit.

How to get there:

Stanley Mosque – Take Bus No, 260 to Stanley Village from Admiralty Station and get off at Stanley Prison bus stop 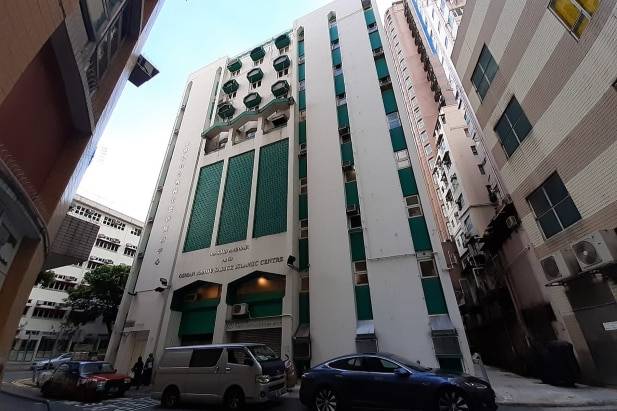 Masjid Ammar is a living contribution of the Chinese Muslims who have settled in Hong Kong. The mosque was initiated by Osman Ramju Sadick, a Chinese Muslim, who donated a quarter of his assets to build this mosque back in 1967.

At the time, the first Muslim cemetery was located at 7 Seymore Street (where the current Jewish synagogue is located) and was relocated to Happy Valley, near the current building. A small mosque was built adjacent to the cemetery and an increasing number of Muslims went to pray there. After World War 2, a new mosque was constructed on the same site where it remained until 1978.

In order for the Aberdeen Tunnel to be built, the government had to repossess the land in which the mosque stood. In return, they were compensated with the land on Oi Kwan Road, Wan Chai as well as a compensation of HK$2.5 million for the construction of the new mosque in one of the major city centers on Hong Kong Island.

The construction of the mosque started in the 1970s and was open to the public on 14 September 1981. The mosque has eight floors, with a restaurant, prayer rooms, a library, medical services, and a seminar room. Apart from this, the  Islamic Union of Hong Kong and the Hong Kong Islamic Youth Association are also based in this center.

This mosque is frequented by Chinese Muslims most of the time, but Muslims who live and work around the area also visit this mosque to fulfill their prayers.

This mosque is located in the Wan Chai district, the city center of Hong Kong Island. There are a few Halal restaurants nearby. But I would recommend trying a few dishes in the Islamic Centre Canteen, which is on the fifth floor of the mosque.

How to get there:
Get off at Wan Chai Station Exit A2 and follow the route through Google Maps.