Muslim Travel Etiquette: How To Pray in a Plane 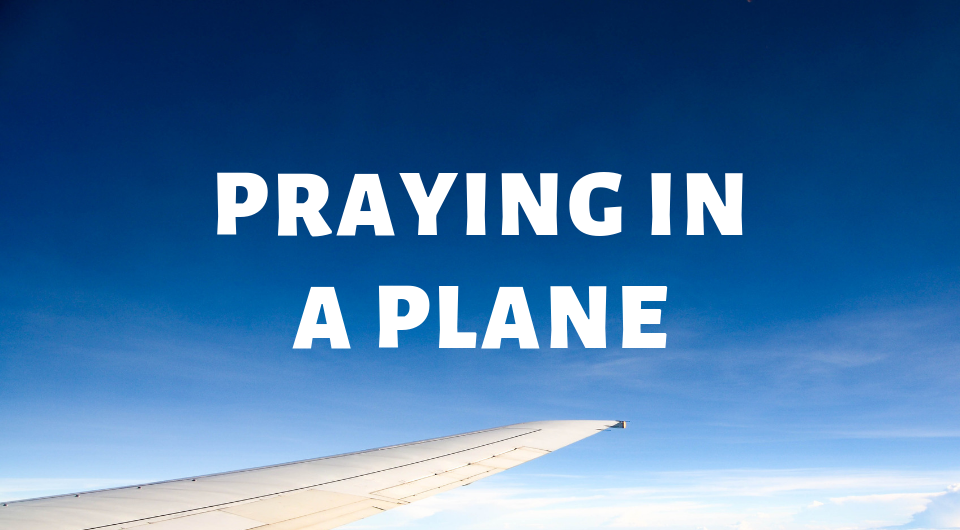 Have you ever taken a flight and worried about missing your prayers? If you have, fret not, this article will ease all your worries insya'Allah.

You can download apps like the HalalTrip app and key in a few important information to get your prayer timings. Simply input your departure airport, date, time and arrival airport, date and time. Then, the app will automatically calculate the prayer timings for you in a PDF format and you are ready to go!

However, if you are unfamiliar with how to use these technological devices, here are a list of ways that you can gauge prayer timings:

1) To determine Subuh
The sun will be under the horizon. Keep a lookout for a streak of line which indicates dawn.

2) To determine Zohor
When the sun passes the zenith i.e. the highest point, you may perform the prayer.

3) To determine Asar
Before sunset.

4) To determine Maghrib
Immediately after the sun sets.

5) To determine Isyak
After the sunset and the red afterglow disappears and the sky is dark.

After determining the prayer timing, performing Wudhoo' or Tayammum, you are all set to perform the prayer. But how do you determine the Qiblah now that you are seated on the airplane?

It has been unanimously agreed upon by the scholars that it is obligatory to offer the obligatory prayers while facing the Qiblah, while standing and offering proper Sujood and Rukoo' if possible.

However, if you are afraid that you will miss the prayer time before you land on the airport, then it is permissible for you to offer your prayers while on the plane.

Some airlines have a designated space on board to perform prayers. You may seek permission to use the premise and perform the prayers while standing and facing the Qiblah. Airlines like Emirates show the Qiblah direction on the screen available at your seat. But if you are unable to determine the Qiblah, you may ask the crew for assistance.

However in the situation whereby you know that you are unable to perform the prayer while facing the Qiblah, in standing position, do proper Rukoo' and Sujood because of limited circumstances, then it is permissible to perform to the best of your ability from the sitting position. It is stated in the Quran in Surah At-Taghaabun verse 16: "So keep your duty to Allah and fear Him As much as you can". It is also narrated by the Prophet Muhammad S.A.W. in his hadith: "When I command you to do a thing, do as much of it as you can."

The matter is different if you wish to perform Nawaafil (Supererogatory) prayers, then it is allowed for you to pray in no matter what direction you are in. It is not obligatory to face the Qiblah. There is a narration that the Prophet Muhammad S.A.W used to perform his Nawaafil while riding on his camel.

After you have determined the prayer timing and Qiblah, following are the steps for you to perform prayers while in sitting position:

1) Start the prayer with Takbeer and the recitation of Al-Fatihah and what is easy from the Al-Quran. All movements will be done in the sitting position.

4) The rest of the movements e.g. Sitting in between Sujood, Giving the Salaam will be done as per normal but in your sitting position.

With this, you are all prepared to perform your prayers on board the flight!