Iconic and Beautiful Masjids to Visit Around the World

Anyone who has had the privilege of traveling knows the significance of exploring the rich culture specific to its origin. As Muslims, we have to pray no matter where we are, even when traveling.

So, why not use both, the need for prayer and travel to visit some of the world’s most iconic mosques scattered in our world?

Our world is a beautiful place, and in all its glory, we must appreciate every region we visit. Mosques have been around for centuries for Muslims to use as a home of worship.

In the old times, many mosques were created with such attention to detail and remarkable design, that they are worth visiting even today.

This has allowed Muslims from all countries to visit some of the most reputable and beautiful mosques in the world. Not only are these mosques there to help our Muslim brothers and sisters to come together and unite in prayer to Allah, but also to inspire visitors.

Below, we have listed some of the most beautiful mosques for you to visit that will simply take your breath away!

Iconic Mosques Around The Globe 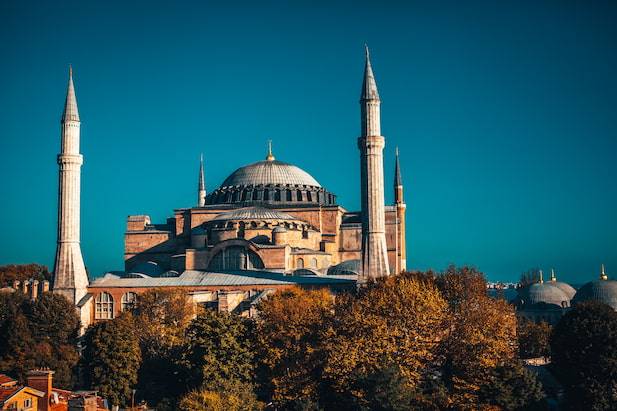 Built between 1609 and 1616, The Blue Mosque in Turkey is definitely on top of our list. This iconic mosque has been around for decades and yet stands as majestic as it did the first time it was completed. An architect by the name of Mehmet Ağa was the first to instruct its making.

Unlike most mosques, The Blue Mosque in Turkey has six minarets and is edged by four semi-domes, making it appear more square-shaped. The Blue Mosque is shrouded in over twenty thousand handmade Iznik tiles that complement its structure effortlessly.

Any Muslim visiting Turkey should plan a trip to visit this mosque and witness its beauty in person. 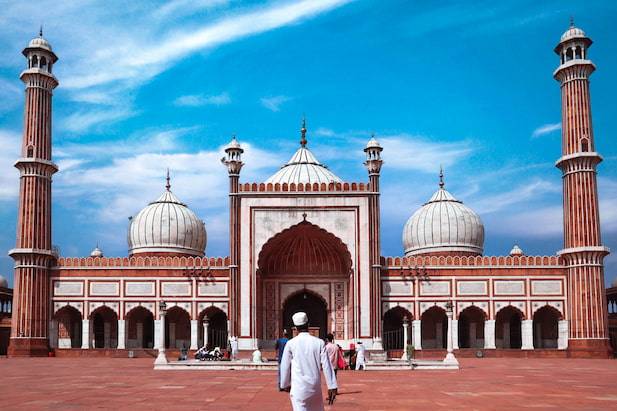 Jama Masjid means “ Friday Mosque” in Arabic. The masjid is located in Old Delhi in India and is second on our list of most reputable mosques. It is because of its glorious history. It is believed to be constructed in 1650-1656 by a Mughal Emporer, Shah Jahan.

Jama Masjid is also the second-largest mosque in the entire Indian subcontinent. It is an excellent example of historic Mughal architecture and really shows the generations today what constructing a mosque back in the day was about.

The mosque is full of red sandstone and even some white marble. It excused pure excellence in design and is rich in Mughal culture. The mosque truly represents old Indian times and how people back then typically designed it.

Jama Masjid is old Delhi’s prime mosque, and Muslims in the city will gather for Friday prayers and other significant prayers. Located in Central Multan, Shah Rukn-E-Alam Masjid is one of Pakistan’s prominent monuments. First constructed in 1320-1324, ‘Rukn Mosque dates as one of the oldest mosques in the country. The building itself divides into three stories, each unique to its own rich plan.

Most of the mosque’s patterns imitate a geometric design and include floral and calligraphic prints. The prime colors used in the mosque, which are most noticeable to the eye include Dark Blue, White, Azure, and a deep red that shines through the polished bricks.

Rukn-E-Alam Masjid is truly breathtaking in its exquisite interior design that leaves you in awe at each sight. It is definitely a must-visit for Muslims going to Pakistan! 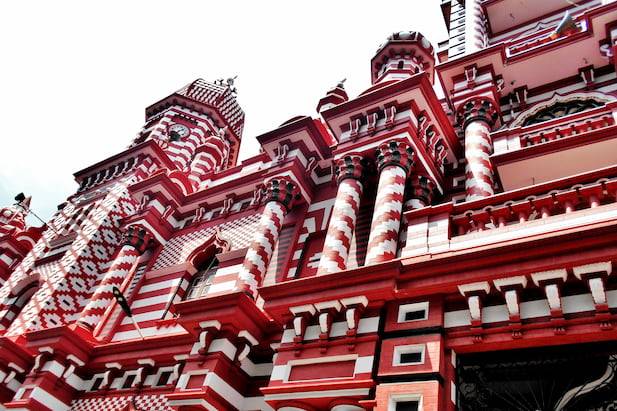 Its long minarets allow it to be seen from miles away and almost through every street in Colombo. Built in Indo-Saracenic style, The Red Mosque conveys the essence of the country’s rich culture effortlessly.

Visiting historic mosques like the ones mentioned above is always a great idea when traveling. Women are also able to visit in such circumstances that they cover themselves appropriately.

With respect to the mosque’s guidelines and the religious atmosphere, it is always a great idea to ensure this before visiting.