8 Most Iconic Foods of the Maghreb and North Africa

The Maghreb and North Africa are among the most historically and culturally diverse places on Earth. The cultural diversity of the south of the Mediterranean is testified via the culinary habits of its people.

Morocco, Algeria, Tunisia, Libya, and Egypt are all countries that have many things in common, cuisine being one of the easiest things to notice. With all the cultures influencing each other while still being unique, North African and Maghrebi cuisine is truly one of the most intricate and sophisticated cuisines.

To get a taste of Maghrebi and North African cuisine, check out Halal Trip App (Android & Apple) to get directions to the closest restaurants. Now, here’s the list of the Most Iconic 8 Foods of the Maghreb and North Africa. 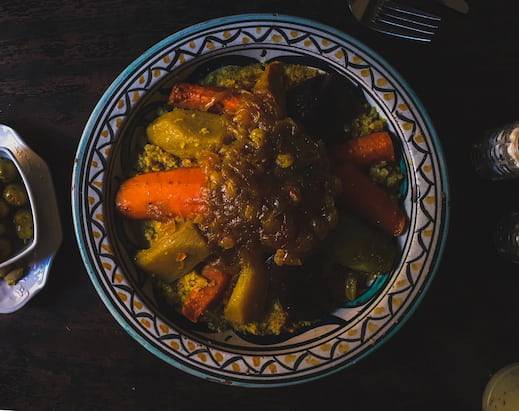 Couscous is undoubtedly the most iconic meal in North Africa; all of the Maghreb shares the love of this wholesome meal. Usually made from steamed semolina, and a stew of vegetables, meat, and chickpeas, Couscous tastes slightly different from city to city across the Maghreb.

For example, in Morocco, they sometimes add sweetened onion sauce and raisins, which give a great contrast between sweetness and saltiness.

With historical records suggesting that Couscous has been a staple of North African and Amazigh cuisine, it seems like it’s a food that’s worth the try.

Just like Couscous, the Tagine is a wonderful North African/Maghrebi culinary invention that has transcended time and space. The Tagine is recognized all over the world for being one of the most balanced meals in Mediterranean cuisine.

The typical tagine has protein in form of meat (could be any halal meat, including fish); it has healthy fats in the form of olive oil; it has vitamins, antioxidants, minerals, and fibers from the variety of vegetables and legumes; and it tastes like no other meal with its special spices.

If you’re into meals that truly feed your body and keeps everything balanced, the Tagine is one of the best options you can adopt from North African cuisine. 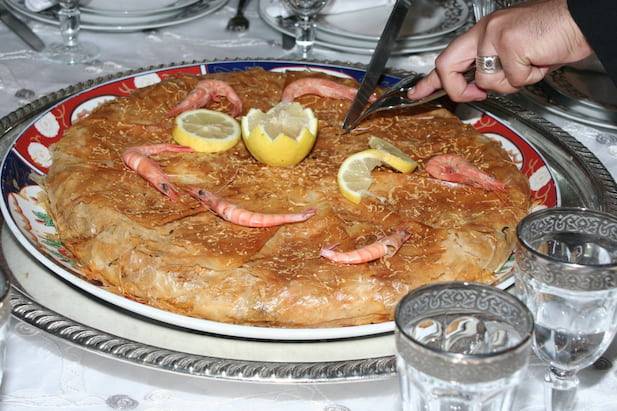 The fancy B’stilla is a symbol of the sophistication of Moroccan and Maghrebi cuisine. Originated in 8th-century Fez, B’stilla has become a standard of fine pastry in North Africa.

B’stilla is a sweet and sour pigeon pie (can also be made with chicken, quail, or seafood). It’s typically served as a starter on big occasions as an appetizer to the guests.

The crispy pastry and rich inside ingredients (meat, onions, spices like saffron and coriander, almonds, and beaten eggs) give the B’stilla a unique taste.

Ful medames is Egypt’s national food, common as street food in cities like Cairo and Giza. You’ll also find Ful Medames in other parts of North Africa and the Middle East. It’s a simple meal, made from fava beans, cooked in a pot, and then served with oil and cumin, garlic, chopped onions, peppers, and a hard-boiled egg.

History suggests that the roots of eating this meal in North Africa return to as early as the 4th century. 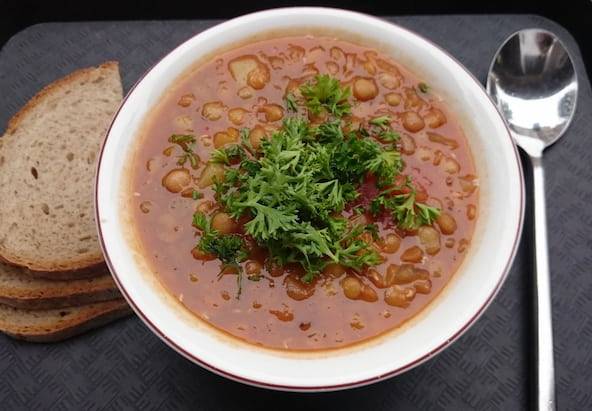 Harira, or simply soup, is a meal that standard Moroccans, Algerians, and Tunisians Ramadan breakfast meal.

Shakshouka is a Tunisian dish that has spread across North Africa and the Arab World. It’s the perfect meal for breakfast, lunch, or as a side meal. Shakshouka is an elegant meal that you can prepare with plain ingredients.

It’s made up of chopped onions, chili peppers, tomatoes, and cumin. The mixture is cooked to form a rich sauce in which you break a couple of eggs. You may add some chopped parsley to the top, and you get yourself Tunisian Shakshouka easily at home. 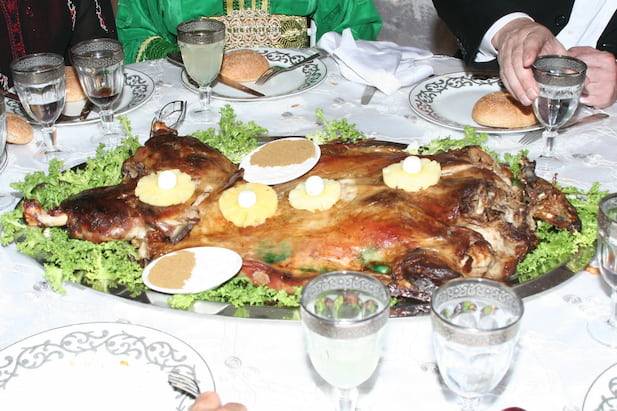 Mechoui (grilled meat) is one of the iconic traditional North African ways to prepare for a feast. A whole lamb covered with butter or oil and spices is roasted.

Traditional families in North Africa usually greet their guests by sacrificing cattle for honoring them. And since there were no fridges in the old-time, the meat had to be consumed as soon as possible; the best way is Mechoui.