Is the Food Halal in India? Tips & Advice 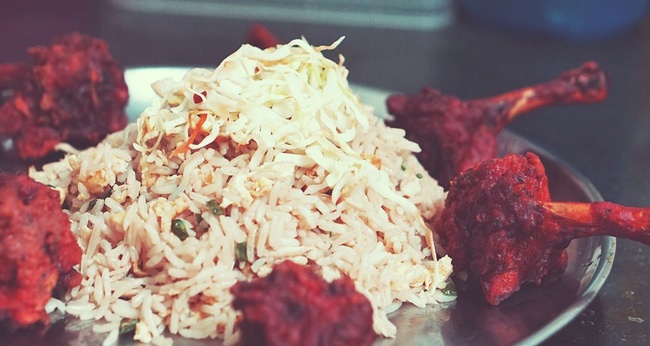 Is food Halal in India? India is known for their curries, spices, and mouthwatering cuisine. Even though it is a predominantly vegetarian nation due to their religious beliefs, the lack of protein as their main element in their dishes has not hampered the flavour stocked in the meals found there. With a large Muslim population however, meats are readily available too, and beef, while not widespread, makes an appearance as well. Since most of the meat is handled by Muslims, it is understood that it is Halal, but care should be taken when dining out to be safe.

Here is our guide to Halal eating in India!

- Halal India, the Halal certification service, stamps all the Halal foods and restaurants that Muslims are permitted to eat at. With a board taking care of the details, there isn’t much for the public to worry about!

- Of course if you want to do your research, there is plenty of information available online, with sites dedicated to naming the Halal restaurants in different locations. Just browse the list of Halal restaurants for something to eat, or look up a specific one.

- The HalalTrip App is the perfect way to find Halal food close to you. You can even look at other dishes from the same restaurant to help you determine if you want to eat there, or whether to keep hunting for what tickles your taste buds. An important point to note is that in order for the app to provide the best service, we need to come together as a community. And so, don’t forget to share what you eat and where, because you don’t know who’ll take your recommendation!

- There appears to be a more or less even distribution of Halal restaurants across the country, even though one would expect more in the south where the Muslim population is denser. Maharashtra – which includes Mumbai, Nagpur and Pune – have 37 restaurants on record, while Tamil Nadu – which includes Chennai and Madurai – have 18 on record. You can even find a couple of Halal restaurants in the northernmost parts of India, in the state of Jammu and Kashmir.

- Of course since India is widely vegetarian, not finding a Halal meat option is not a problem. In fact, you would find more vegetarian restaurants than those that serve meat, as Hindus are mostly fiercely religious. Beef at a restaurant would be a delicacy! Do not despair about the lack of meat, as only those who are purely vegetarian know how to make the most of it, and such dishes hardly fall short of flavour. You wouldn’t be missing your meat all that much once you’re done with those items!

- The world’s food court – fast food – is also available as a Halal option. Who doesn’t love diving into a bucket of chicken, devouring a pizza, or building their own delicious submarine sandwich? That’s right, McDonald’s, Subway, KFC and Pizza Hut are all conveniently Halal, meeting global demand.

- A last point to note is that if you are out and about on the streets and feeling meat-deprived, it would be a good idea to look for a place to eat around a mosque, as there is bound to be Halal meat available.

Don’t forget to check in on the HalalTrip app, and explore all the food options possible. Happy eating! Click on the below links to download the free App:
Apple: https://itunes.apple.com/us/app/halaltrip/id680194589
Android: https://play.google.com/store/apps/details?id=com.halaltrip.app