Top Islamic Heritage Sites To Visit in Europe: The Traces of Islam in the Old Continent

Europe is predominantly a Christian continent. The cultural heritage of the West is tied with Christianity more than any other religion. But that doesn't mean that other religions have no cultural traces in Europe. Islamic heritage sites in Europe cannot compete with the abundance of Christianity and Secularism, but they're still significant.

From the Monuments of the Ottoman Empire in East Europe to majestic Andalusia in the West, Europe has some important Islamic sites that are totally worth the visit.

So, let's take a quick look at some of the most important Islamic Heritage Sites in Europe.

Andalusia was established in South Spain (8th century) after the success of the conquests of Tarik Ibn Ziyad, who was a fierce hero of the Ummayad Caliphate. Since then the state of Andalusia has become an Important Islamic center for the following centuries. 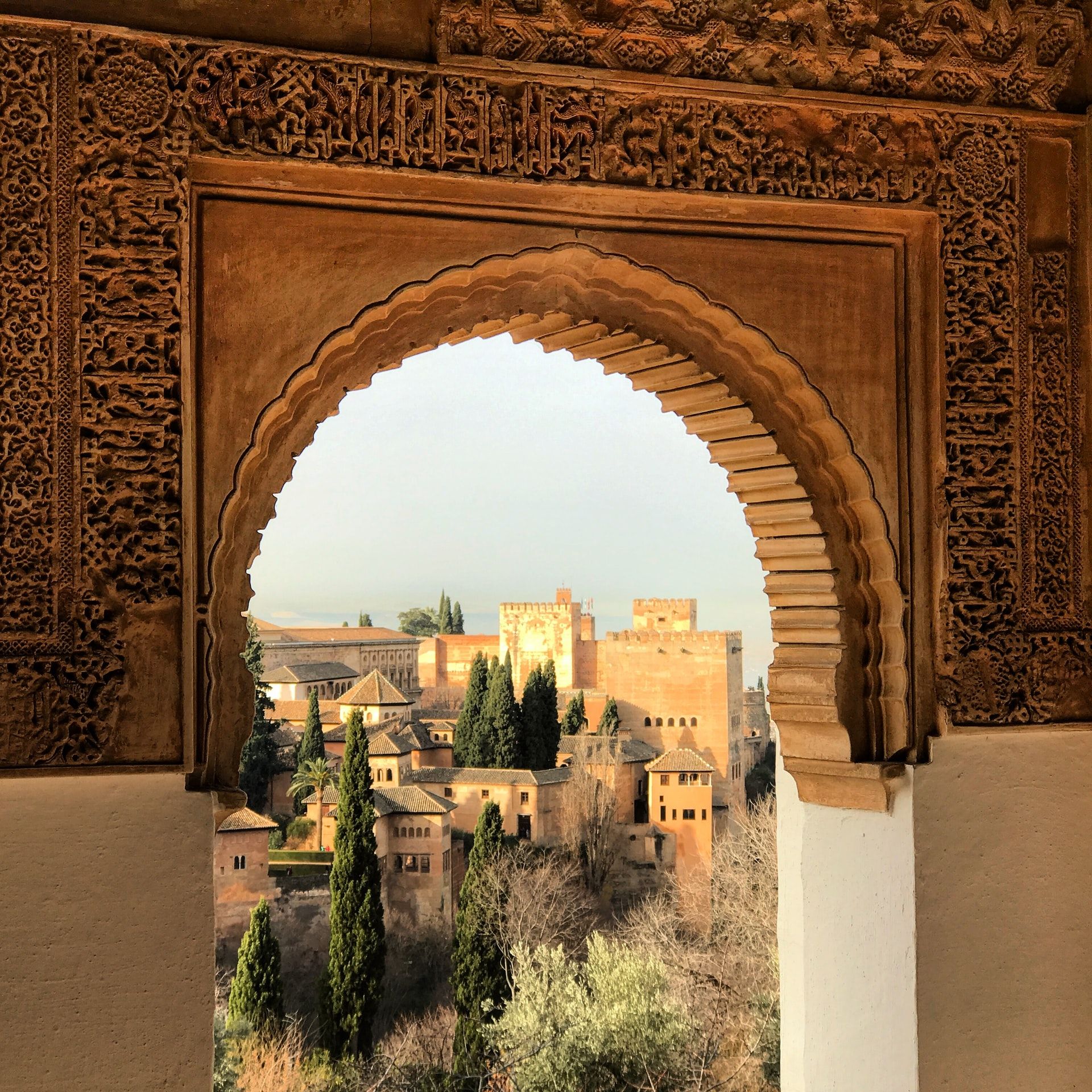 What made Andalusia more powerful is the reign of the Moroccan Almoravid and Almohad dynasties. Both dynasties united Andalusia under their rule and made it the important Islamic heritage place we all know now.

Cities like Seville, Cordoba, Malaga, Granada, and Almeria stand as a testament to when Muslims were too powerful during the Dark Ages of Europe. 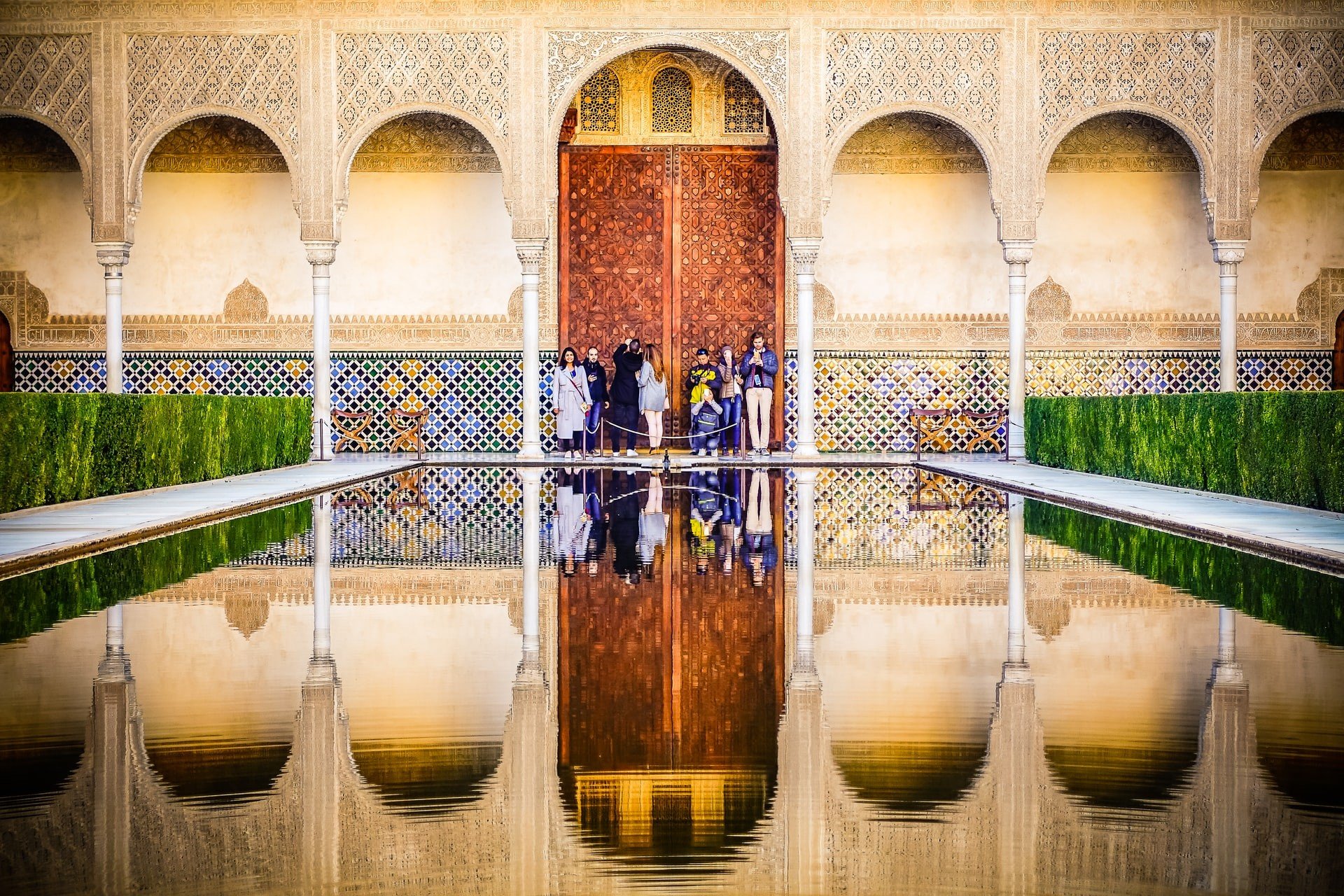 One of the most notable buildings from this era is the Alhambra Castle. Alhambra is just fascinating. If you've ever been to Morocco, you'll find that the architecture of Alhambra is quite similar to Islamic Moroccan architecture. Istanbul needs no introductions. Constantinople has a long history that goes back to the 6th century BC. Before the Ottoman Empire ceased it and it became their throne city, Istanbul was part of many ancient civilizations.

The dawn of Islam in Istanbul has brought more power to the Ottoman Empire; they made their capital a powerful city, and their capital made them powerful. It was a positive feedback loop.

Nowadays, we have magnificent buildings like the Blue Mosque, Hagia Sophia, Nuruosmaniye Mosque, and Suleymaniye Mosque that stand as monuments of Islamic Heritage in Europe.

Bosnia and Herzegovina is a truly fascinating country when it comes to its nature and culture. It's a very beautiful place to visit, perhaps even live in. 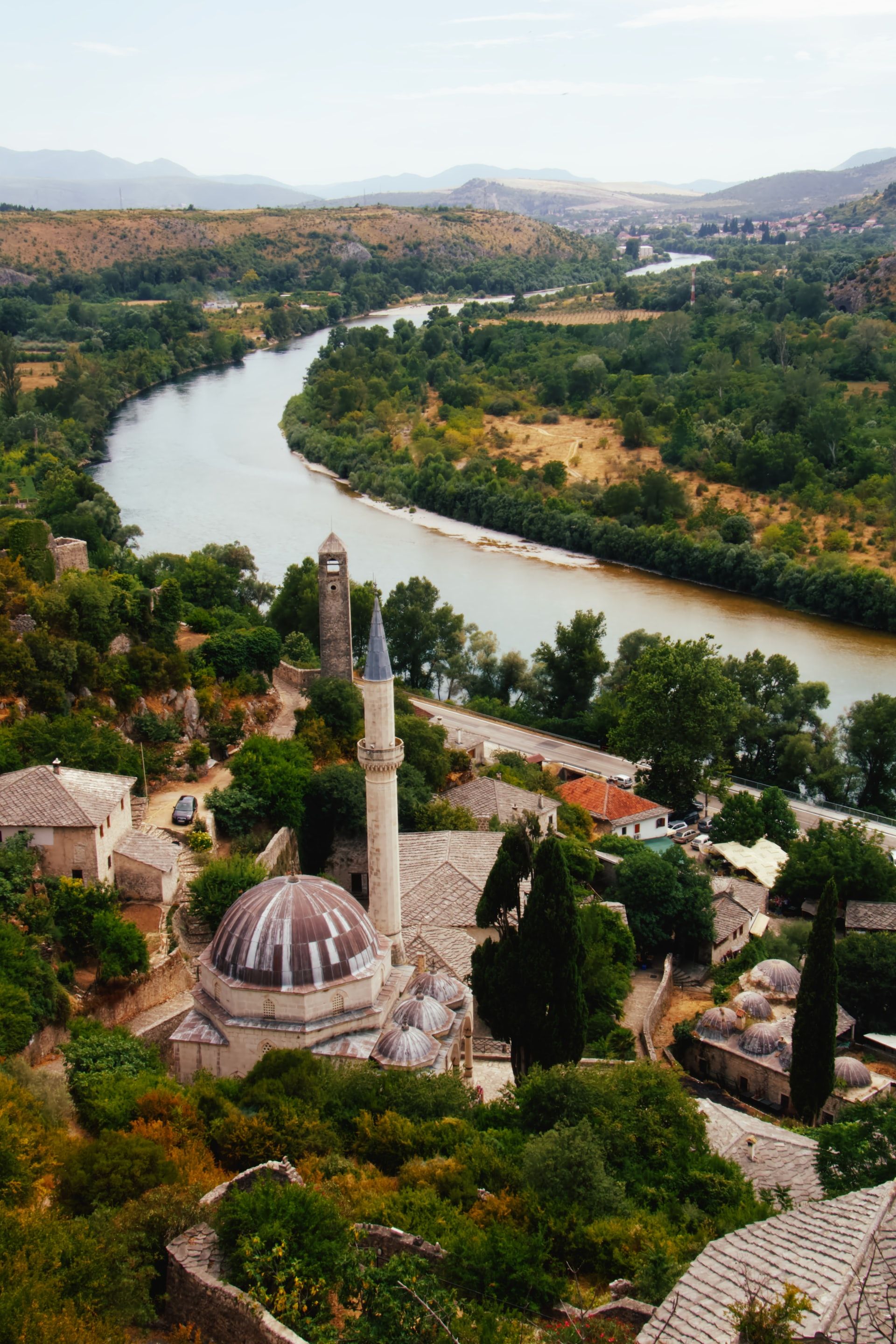 With a population of Muslim majority and a history of 5 centuries under the rule of the Ottomans, Islam has a solid trace in Bosnia and Herzegovina. There are Ottoman Mosques everywhere in the country. 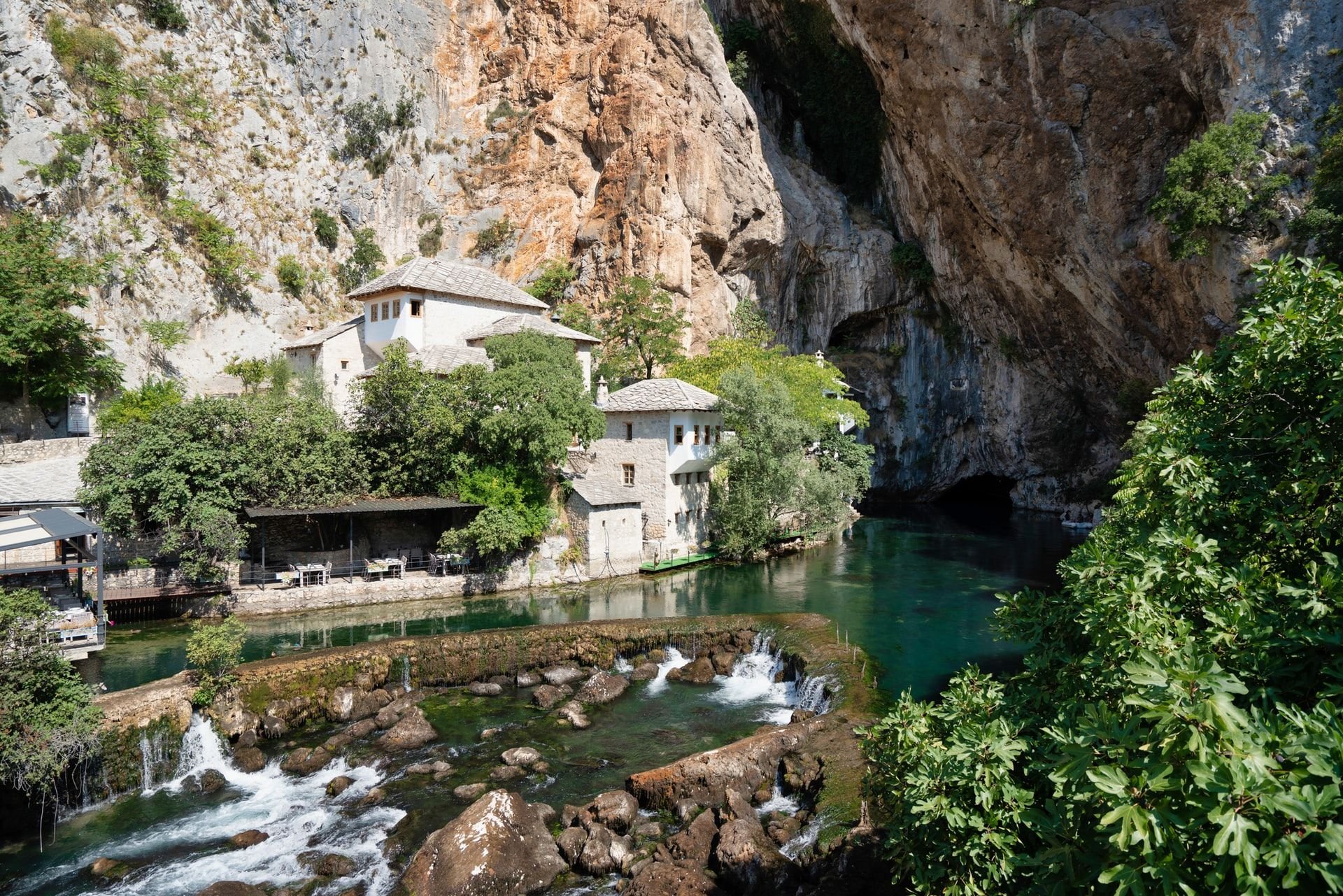 However, one place stands out really nicely due to its natural beauty and mystical qualities; this place is the Sufi Lodge in Blagaj. Situated behind a huge cliff at the mouth of River Buna, The Sufi Lodge is a must-visit if you're drawn to Islamic mysticism.

Not many people know this, but Cyprus is a very important pilgrimage site for Muslims. You probably know that Cyprus is half Turkish/Muslim and half Greek.

Aside from the old Ottoman monuments, such as mosques, Cyprus is home to Hala Sultan Tekke (Larnaca), which is a remarkable holy place of pilgrimage for Muslims. Being the tomb of the holy lady Umm Haram - the aunt of the Prophet - makes this place very revered. 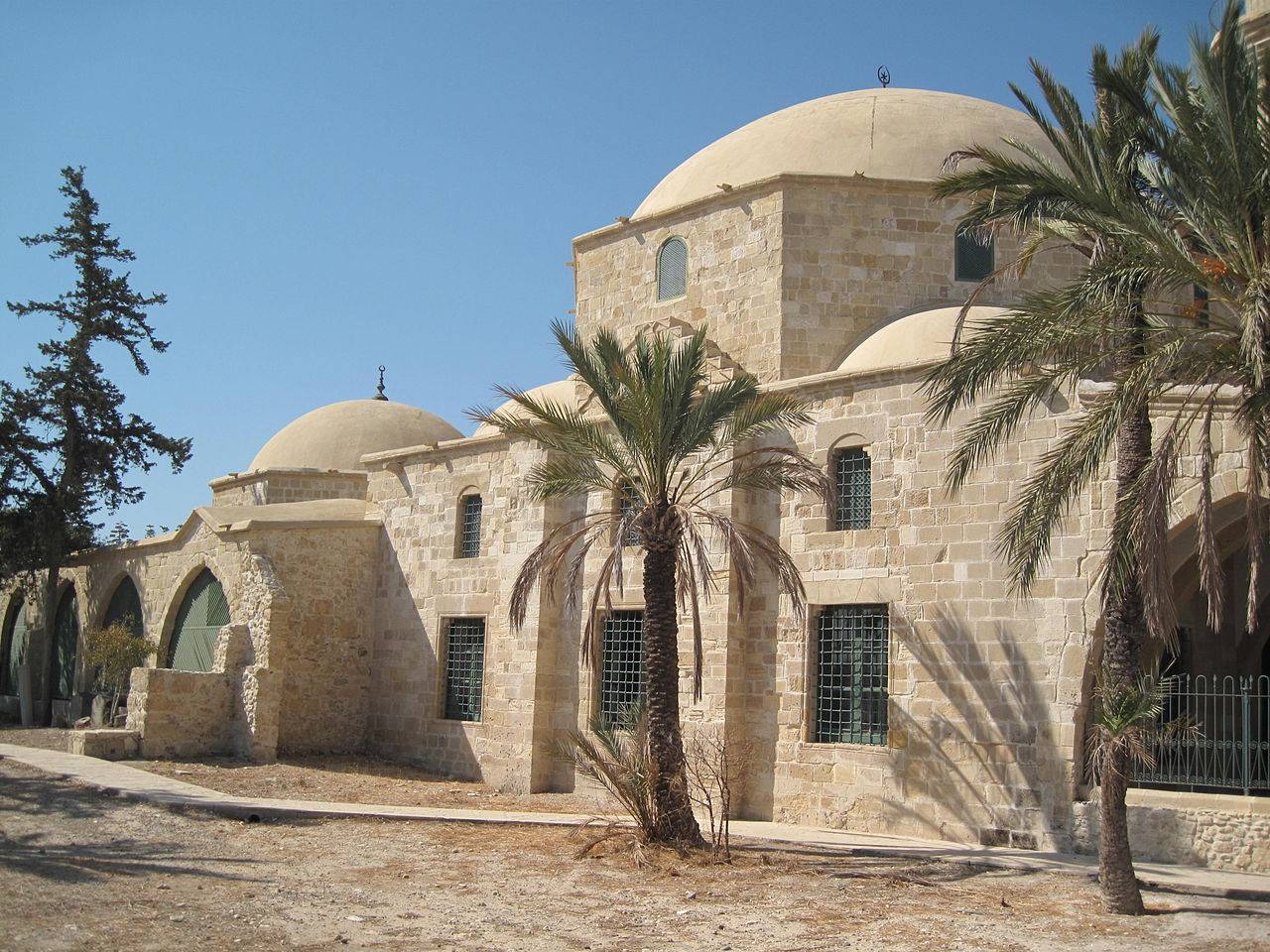 The tomb marks two eras of Islamic influence in Europe. The first returns to early conquests, that's when our Lady died during one of the conquests to Cyprus, and the tomb was built. And the second mark comes from the Ottomans who built upon the old building, which made it a place of pilgrimage.

I hope this list made the idea of traveling to Europe and visit Islamic Heritage appealing to you. You'll find many other spots that aren't on the list.

When you're in Europe, you might find it hard to know where are the mosques, the Halal Restaurants, and the Qibla direction. To make that easy for you, HalalTrip offers a wholesome app that encompasses all that you need as a Muslim traveler, including the proper dua for every occasion.