Islamic Mosques that are Repurposed from Other Religions' Worship Places

A mosque is a sacred place for Muslims, where it functions as a place for prayers and a community hub in Islam. However not every mosque looks and has the same history as the others. Some might have traditional Islamic architecture, some might not as it retains other religions' influences. Read more to find out about mosques that are actually repurposed from other religions' worship places, perfect for you to visit during your trip!

The Redevelopments and Conversions of Worship Places into Mosques 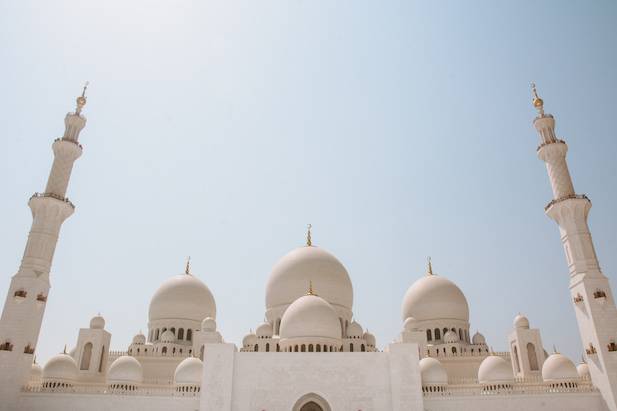 A mosque is known as the sacred worship area for Muslims. It served as the community's hub throughout Islamic history, and communities grew up around it. Mosques may now be found almost everywhere, especially in Muslim countries, making it easy for Muslims to attend the five daily prayers.

Mosques come in different sizes and designs. These can differ because of how mosques are in different eras, locations, and cultures. Muslims have used regional artists and architects to build stunning, opulent mosques throughout history and even today.

During Muhammad's (PBUH) lifetime and throughout the subsequent Islamic conquests, non-Islamic homes of worship were transformed into mosques. Mosques have been built inside Hindu temples, Jain temples, Christian churches, synagogues, and Zoroastrian fire temples.

The Parthenon in Greece and various mosques in Spain, including the Mosque-Cathedral of Córdoba, among others, were formerly such mosques that have subsequently been converted or turned into museums. Unique regional types of Islamic architecture were inspired by the conversion of non-Islamic structures into mosques.

Let's look at some of the most famous mosques that were once far from Islamic. 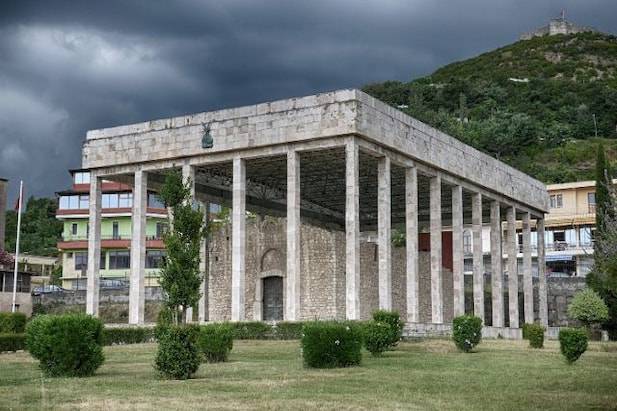 The structure was first a church with Saint Nicholas as its patron. Even though severely damaged, there is still a fresco of the saint among the church's ruins.

The church was situated inside an Illyrian city that had been abandoned and later rebuilt by the Romans in the first century BC. The "Gaviarius" (Gaviarivs) Stone in front of the entryway, which Frano Prendi and Koço Zheku discovered during the archaeological excavations in 1975–1980, serves as proof of this.

The church was looted and converted into a mosque when the Ottomans seized Albania. A dikka, a mihrab, and a sizable minaret were added. Selim I, the first Ottoman Sultan, is honored by the mosque's name.

Skanderbeg created so many problems for the Ottoman Empire's military troops that when they discovered his grave in St. Nicolas, they opened it and crafted amulets out of his bones in the hope that they would grant the bearer boldness. In exchange, the Ottomans rebuilt St. Nicolas' Church somewhere else to exhibit their tolerance for Christians. 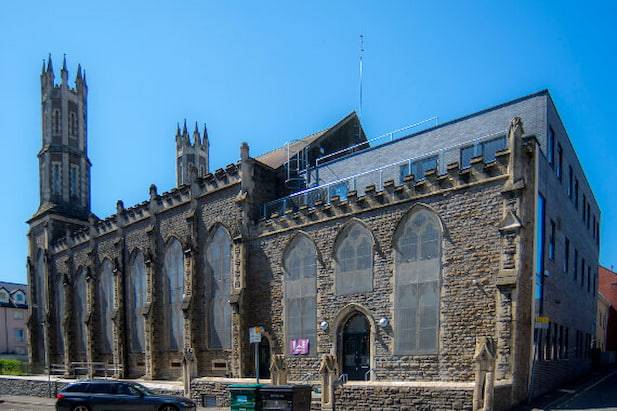 Two formerly commercial terrace buildings on St. Helen's Road in Swansea, Wales, are where you'll find the Swansea Mosque. Since the 1980s, it has provided services to Swansea's Muslim community.

A proposal to renovate a neighboring abandoned church building on St. Helen's Road, just yards from the current mosque, is underway to meet the demands of Swansea's expanding Muslim population. St. Andrew's Church first took residence in the new mosque structure in 1862.

The façade, which is facing St. Helen's Road, was designed by John Dickson. Later, St. Andrew's was owned by the United Reformed Church before becoming abandoned. The rear hall was renovated after suffering fire damage in 1964.

The structure was later bought by a Muslim charity (Kafel Fund UK) from a private owner in 1997.

After some controversy that is caused by opposition to the rebuilding of the church as a mosque by a certain party, but with the locals and nation's support, the redevelopment of Swansea Mosque would then be able to be carried on. Plans for the current restoration and reconstruction started in 2004 after the charity and mosque merged, and would then be one of the most active mosques in Swansea. Rudra Mahalaya's temple can be seen in Gujarat's Patan district. The Rudra Mahalaya temple was constructed in the 12th century AD in the town of Siddhpur, where it is located. Siddhraj Jaisinh, the monarch of Gujarat, gave the temple its name. The temple itself was erected due to the discovery of Shiva Linga and a shrine which resulted in the temple's construction or completion.

Allauddin Khilji demolished the temple, and Ahmed Shah I later repaired sections of it to create the adjoining mosque. As of now, you can still find the torans and pillars of the former central structure and the western part of the complex, where was the mosque located during the time.